There are many sports in the world which are played and watched by the people like cricket, football, basketball and many others. Football is the most watched and most famous game in the whole world which is celebrated by everyone like big Hollywood stars. Almost all footballers of the world receive much love and attention from their fans all around the world. Their craze is not limited to the front of the television but also, their fans come to support them in the ground by wearing a shirt with their names and pictures. As football tournament is the major event in the world which has many sponsors as well to generate funds for it. There are many major companies and brands which are paying them a high amount of cheques for their promotion and advertisement. Some big footwear brands have also sponsored the boots of different famous players which they wear while playing matches on the ground and it is considered as the best way to advertise a product strongly in the society.
The following are top 10 best sponsors of football cleats available in the world: 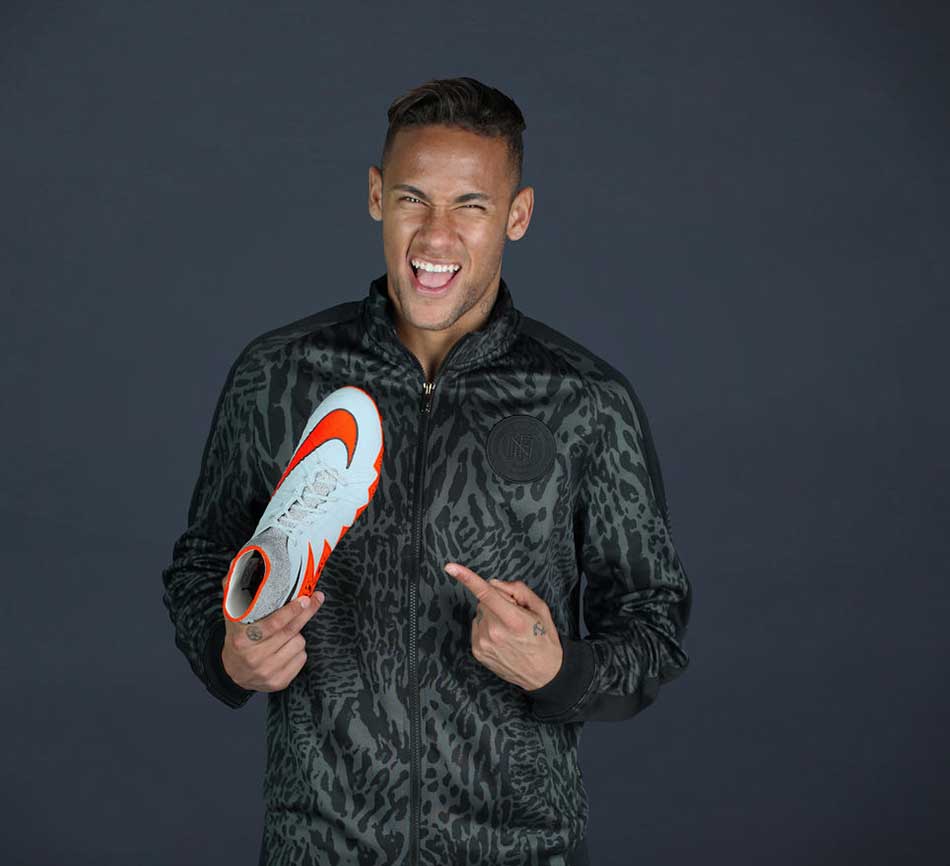 Neymar is a young Brazilian footballer and is also included in most talented players in the world. He was constantly approached by different famous and expensive football clubs of the world after watching his talent. Then he moved to Spanish club Barcelona to mark his name in the world. He has done many endorsements for different brands which include Red Bull, Castrol, Panasonic, Volkswagen, etc. But his most famous endorsement of Nike with them he has almost 11 years deal and they are paying almost $1 million for each year to him. He always used to wear shoes by Nike in different matches. 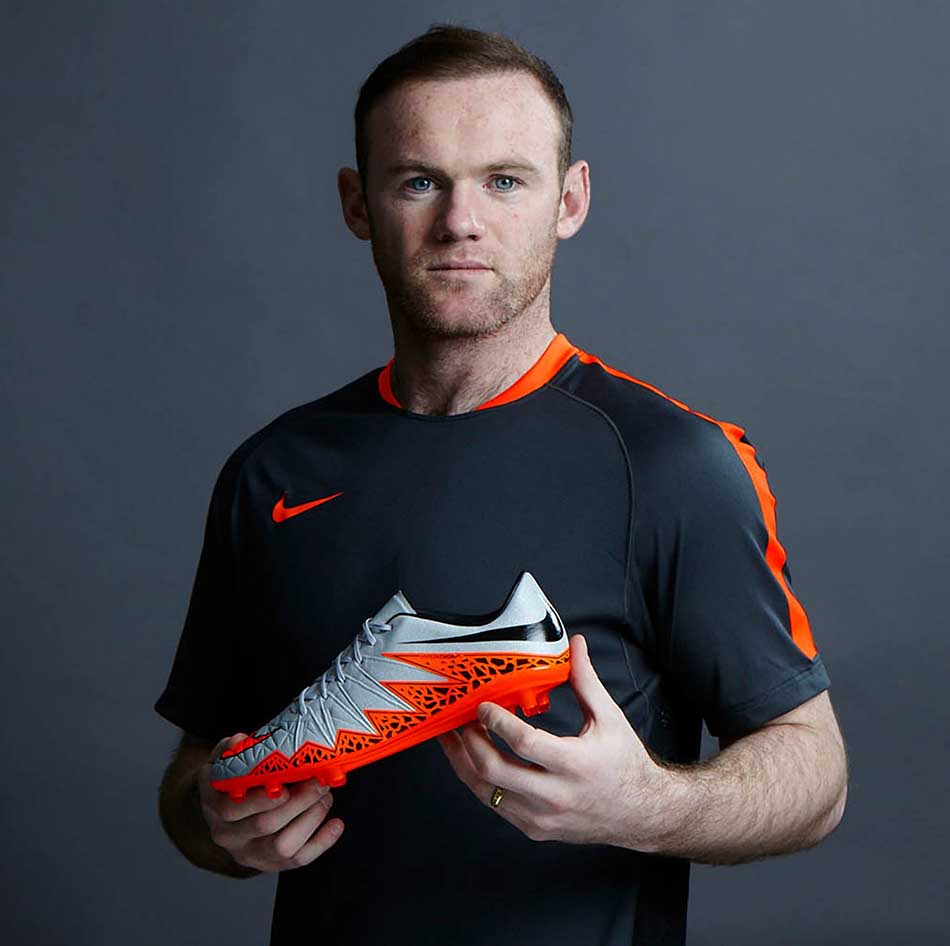 Wayne Rooney has made him one of the best football players in England with his efforts and during the time of playing with the English Club Manchester United. He has also signed a contract with Red Devils which are paying almost $26 million for a single season. He has signed sponsorships with different brands like EA Sports, Coca-Cola and the longest one is Nike. They are paying him $1.67 million for each year. He is always seen as their Phantom boots by Nike and also wear these same shoes on the ground. 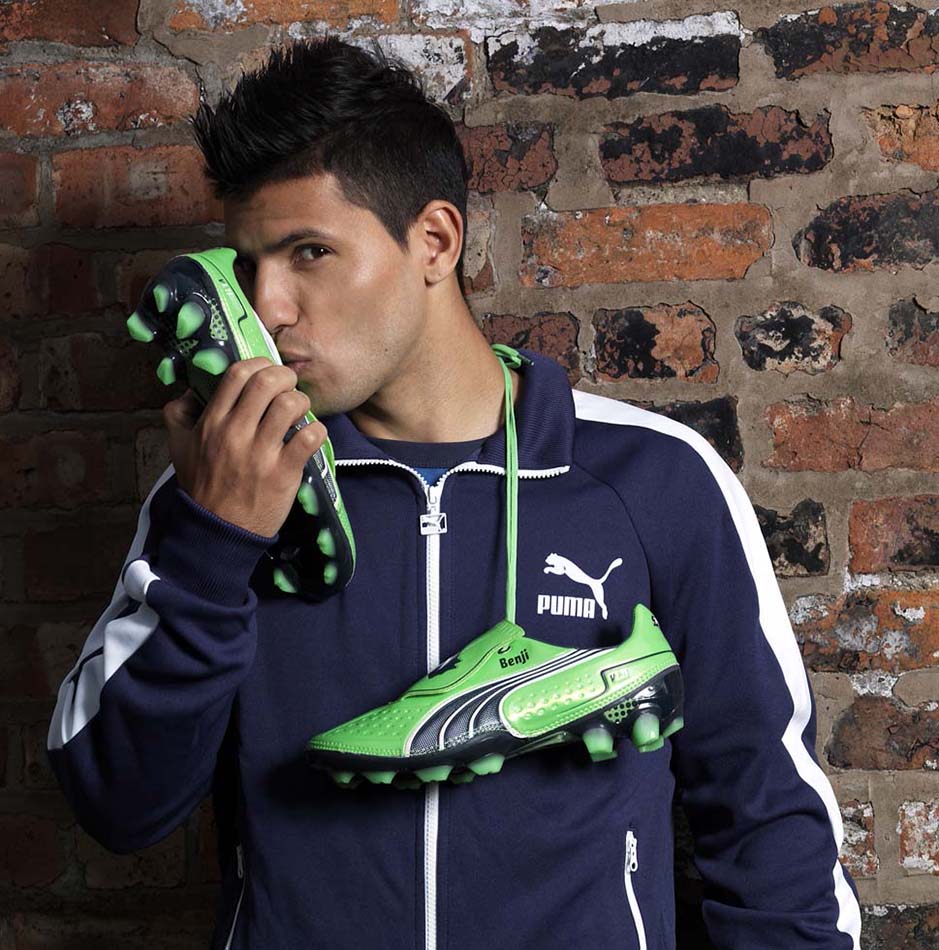 Sergio Aguero started to climb on the stairs of success while playing for Argentine Club. He was named as the world-class player when he was transferred to the Atletico Madrid in 2006. He was known because of his hardcore skills. He was in contract with the German Manufacturer brand called Puma which earns him $2 million for a single season. He always used to wear their evospeed 1.2 boots of Puma. Some other famous football players also wear the same shoes in ground. 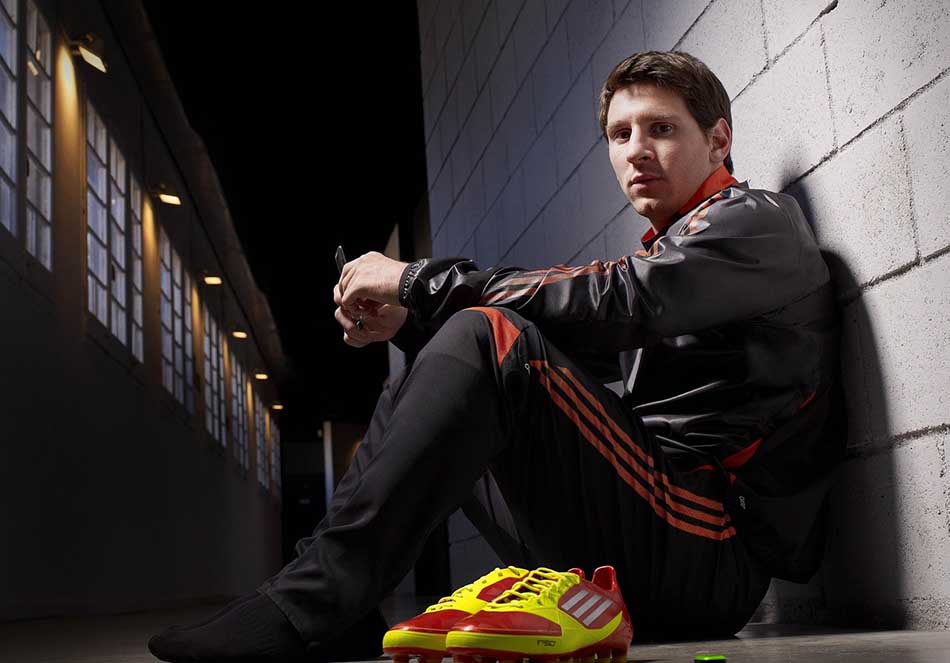 Lionel Messi is commonly known as the magician of football and now playing with the Spanish Club Barcelona. He was known because of his technical and some naturally gifted skills. He started his career with Nike but later contracted with Adidas with the amount of $3.34 million in each year for wearing their boots. Their boots have a strong grip on the ground that is the reason they became much famous. 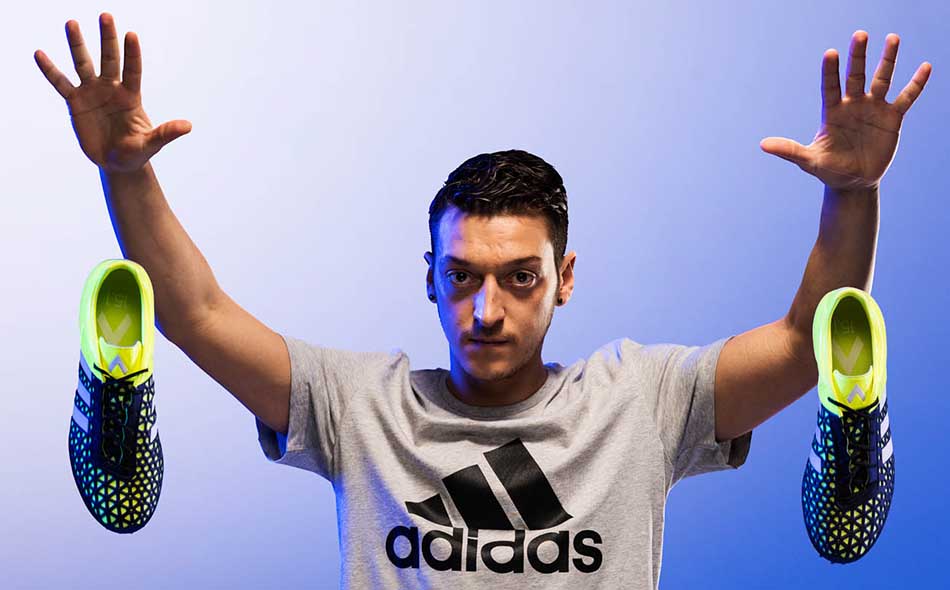 Mesut Ozil is quite a modern football player who has gained much fame at the very start of his career during his period with the German National Team. He was also involved in some legal matters with Nike during his period with Madrid. At that time, he has to worn shoes of both brands Adidas and Nike as well. The recent contract with Adidas earns him $4.9 million for each season. He is always wearing the boots of Adidas, which included him in this list as well. 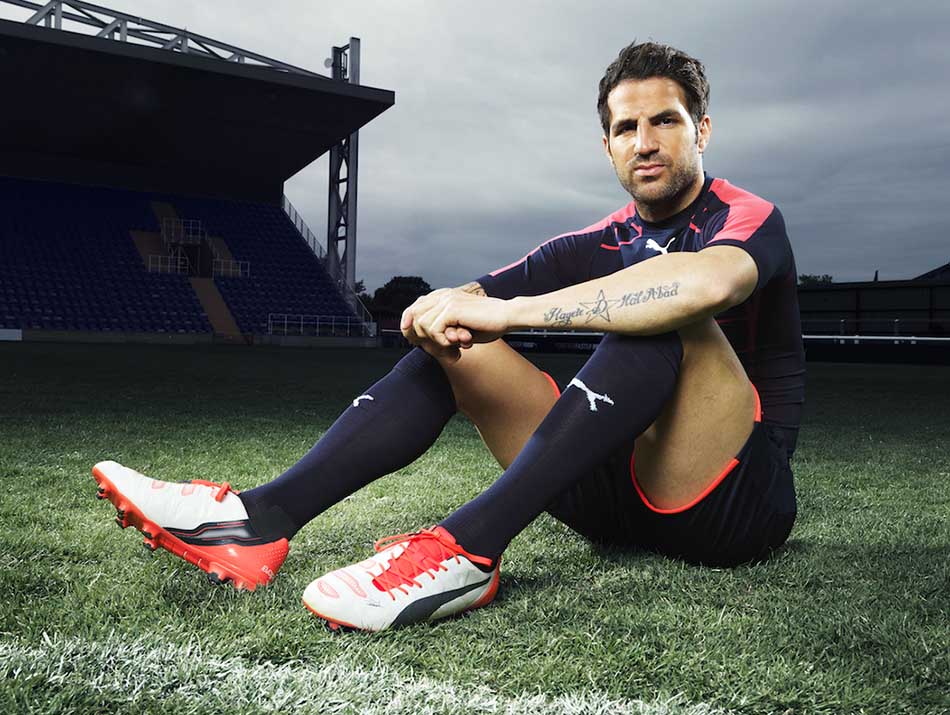 Cesc Fabregas is considered as one of the most famous player of Barcelona academy who has known for his amazing skills and creativity. He started at the club level for the English Club Arsenal from 2003 to 2011. He then contracted with Puma, which earns him almost $5.34 million for each season. He not only wore their shoes but also launched different ceremonies and events of Puma for introducing their boots. 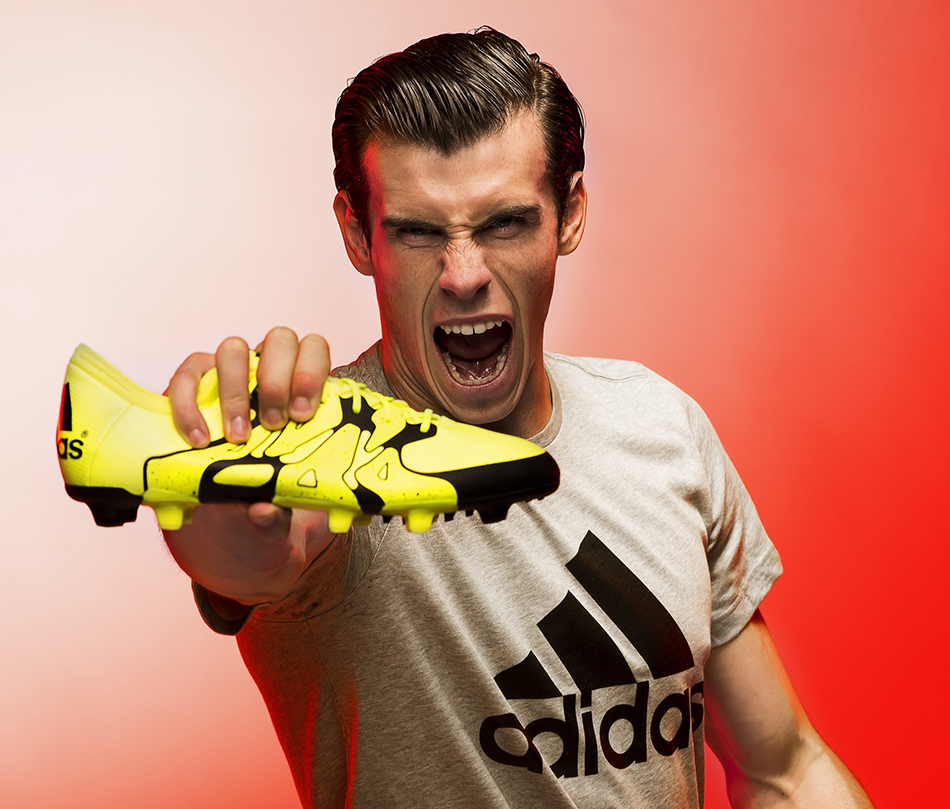 Gareth Bale is a famous footballer of the world. He started his career with the known Premier League club Tottenham from 2007 to 2013. He established his career as a defender but then due to his powerful skills he managed to grab the best position. He has signed a 6-year contract with the famous brand Adidas with the price of $5.5 million for each season. He used to wear F50 adizero boots by this brand in a normal routine and ground as well. 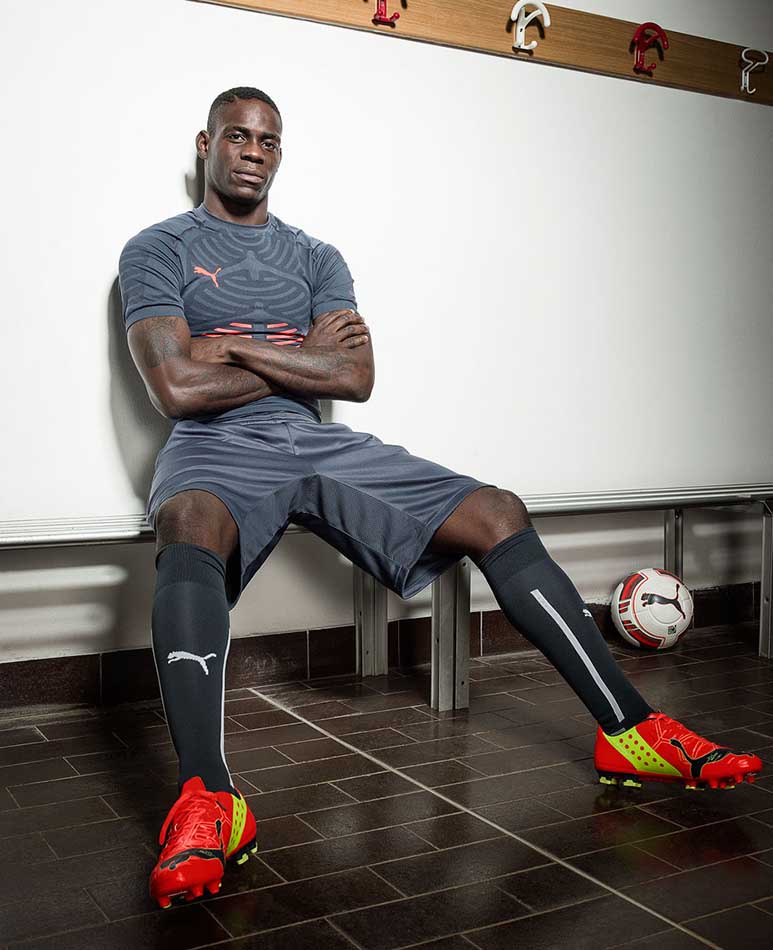 Mario Balotelli is the player who has shown his presence in the world in International Club Football. He was named as the most famous footballer in these recent times because of his some extraordinary moves and skills on the ground. He was also appeared on the TV screen in AC Milan Jersey and signed a contract with Puma with the earning price of $6.9 million for each season. He used to wear their shoes called evoPOWER 1Boots by this brand. 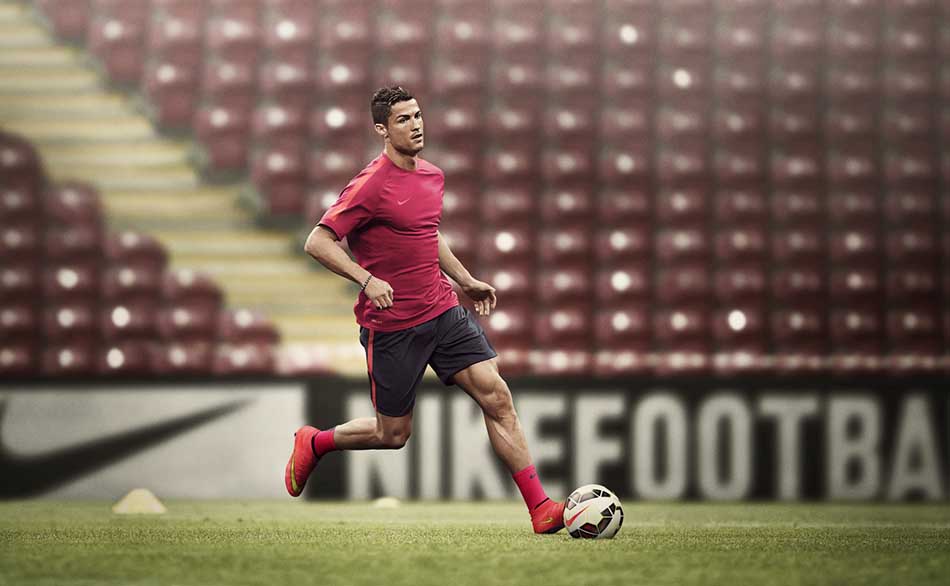 Cristiano Ronaldo is one of the most famous football players in the world and has millions of fans in the world. He was named as the most expensive player because of his exceptional talent and moves. He used to play with Manchester in 2009. He has done an advertisement for big brands like Castrol, Emirates, KFC, and Coca Cola, etc. He then signed a contract with Nike with the earning value of $8.35 million for each season. His used to wear customized boots especially for his games on the ground. 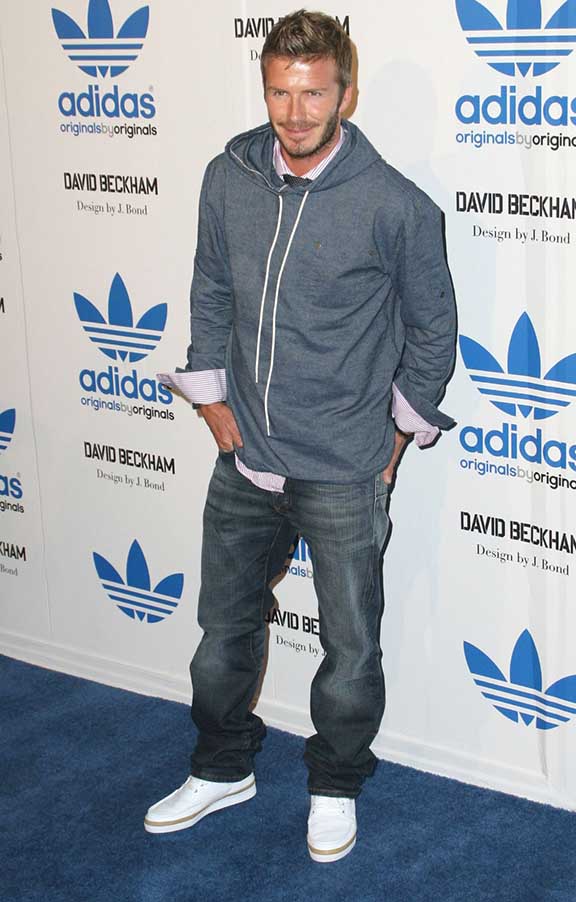 David Beckham is the most famous football player and the most stylish player in the world as well. He not only plays but also does modeling as a professional with his wife, Victoria Beckham. Even after his retirements, many brands are hiring him as their brand ambassador due to his huge fan following in the world. He has recently signed a contract with Adidas at the high price of $11.7 million for each season.

The above ranking of top 10 most expensive sponsors of football boots is given according to the amount paid to them for their contracts. Football is one of the most famous games in the world which has millions of fans all over the world. All these players discussed above are famous due to their skills and playing movements in different matches which gained them fame. They are very rich and earning a lot from contracting with different big brands as their brand ambassadors.