There are different things which are considered as the basic need of every person which includes food, clothes, home and a car. There are different types and sizes of cars available in the market which is made with different features on them. Jeep cars are much large and a powerful one because they can be taken to any place. There are many hilly areas of the world which are very adventurous, and that trip cannot be completed without a jeep.

The concept and introduction of the Jeep were started in the market in 1940 which is still popular among the people because of their use. These jeeps are made with different features in them which are very expensive which are not affordable for everyone. It is said that Jeep is named as the true symbol of freedom because of their style and their rough and tough design for the people. Jeeps are introduced with unique designs which attract the jeep lovers all over the world.
The following are 10 top rated Jeep cars available in the world at high prices: 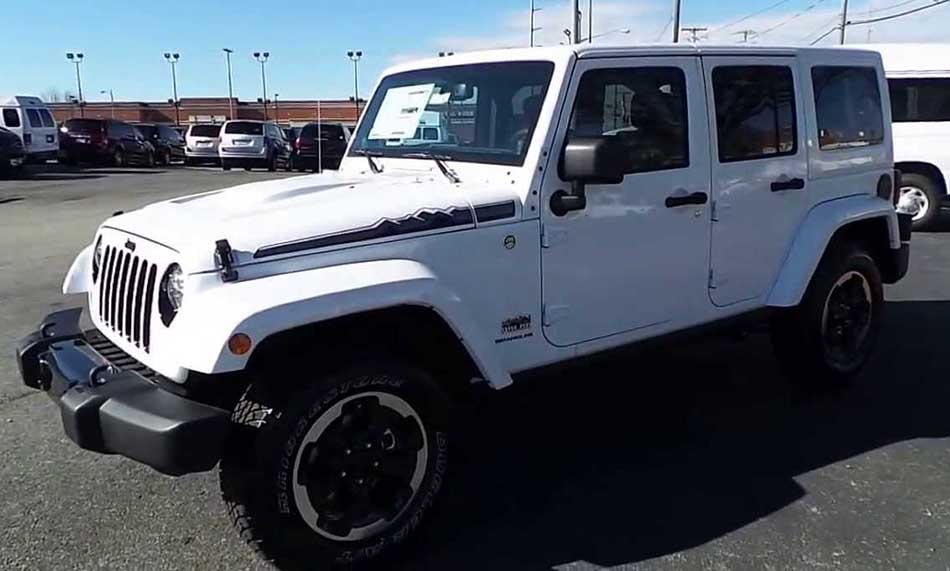 Wrangler Unlimited Polar is the movie which was introduced in the market in 2014 and consists of all the features of amazing machines. It can easily be used on the toughest trails of the world even the highest hilly areas. It is the vehicle which can be used at any place for the best experience of the journey. The estimated price of this Motor is almost $32,695. It is made with the latest V6 engine which can accelerate its speed quickly and named as one of the best adventurous rides in the world. 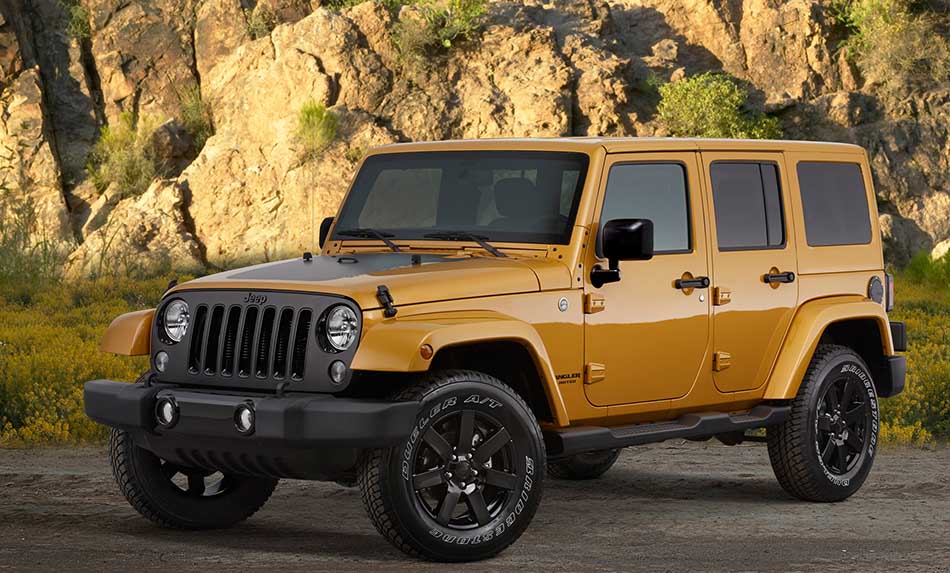 Wrangler Unlimited Altitude is the jeep which was introduced in 2014 and is available at the price tag of $35,695. It is the vehicle which is made with a V6 engine and can reach the speed of 100km only in 9 seconds. It is made in perfect matte brown color which has a very luxurious look. It is quite big in size and tough to be taken at any difficult place especially the hilly areas and mountains where cars cannot go. 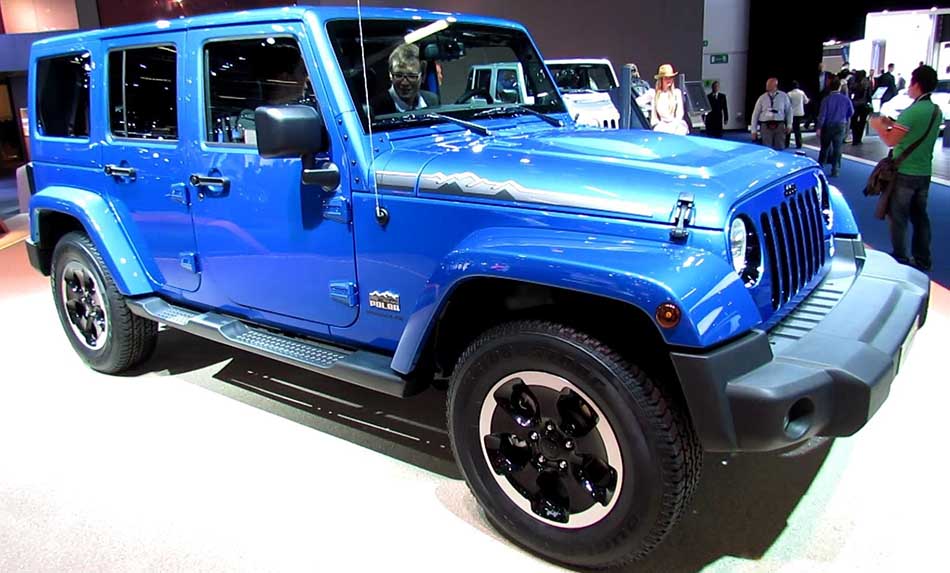 Wrangler Unlimited Dragon is the jeep that was introduced in 2014 which is enhanced with the V6 engine which can take the jeep from 0 to almost 100 km in an hour only in 7 seconds. It comes with the beautiful dragon tattoo and comes with the perfect interior which is enhanced with the pure leather gold tripped dragon on the seats, and their stitching is done perfectly. It has the bezel steering wheel, and the door handles are also perfect. The estimated price of this motor is almost $36,595.

Jeep Wrangler Rubicon X is the vehicle which is enhanced with the V6 engine which can reach the speed of 100km only in 8.6 seconds. The interior of this vehicle is done in black color and made with pure leather as its steering wheel is also made of leather. It comes with the color coordinated foot mats in it which are kept same with the whole theme of the motor. It has the estimated value of $37,000. 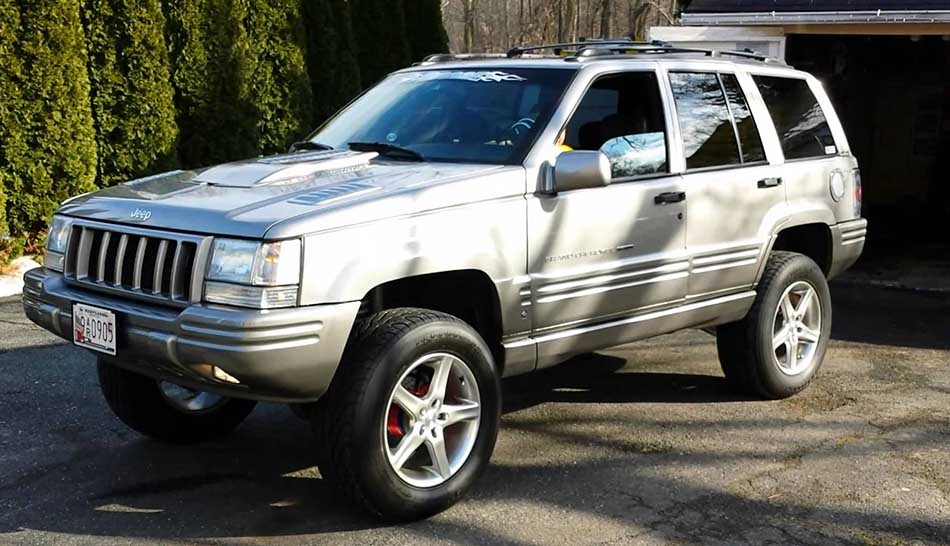 Jeep Grand Cherokee is the vehicle that was introduced in the market in 1998 and was considered as the fastest SUV jeep available in the whole USA at that time. It is sold at the high price estimated price of $50,000 which is not affordable for everyone. It was made in very limited quantity to make it attractive for the people and is made with 5.9 Liter V8 engine which was reach at the speed of 100km/hour only in 7.8 seconds. It is enhanced with the Silver Star wheels and has much class in its luxury and design which attracts a large number of buyers towards it. 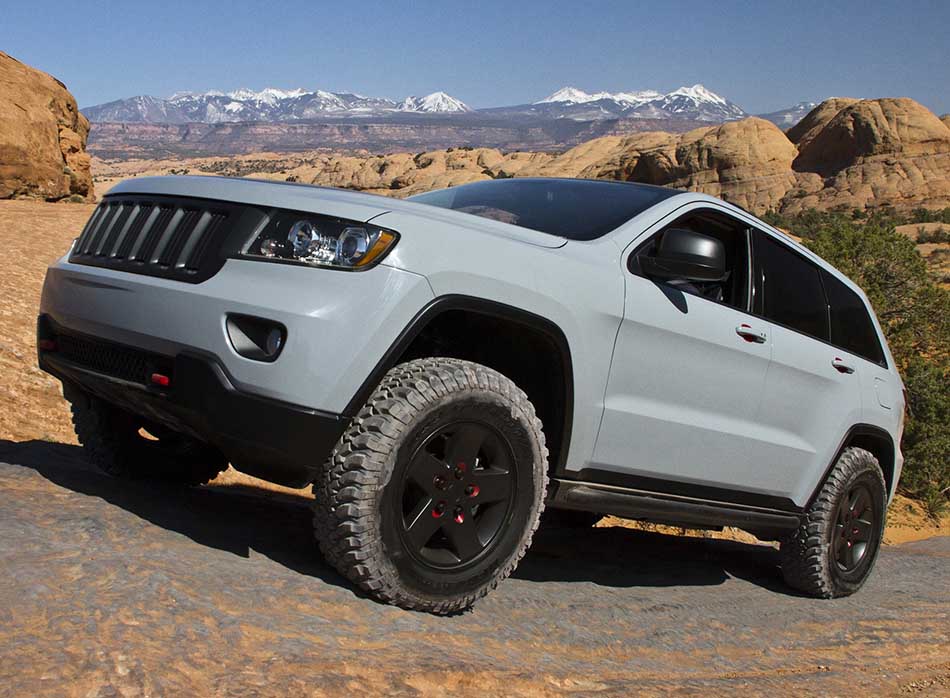 Jeep Grand Cherokee WK2 is the vehicle which was introduced in the market in 2010 and is known for its attractive design. It is made with an attractive design which is made with the V8 engine. It is made with the latest style which is very safe and luxurious product in the market. The estimated value of this motor is almost $70,000 which is quite expensive and not affordable for everyone but completely worth it of its luxurious design which attracts vehicle lovers towards it. 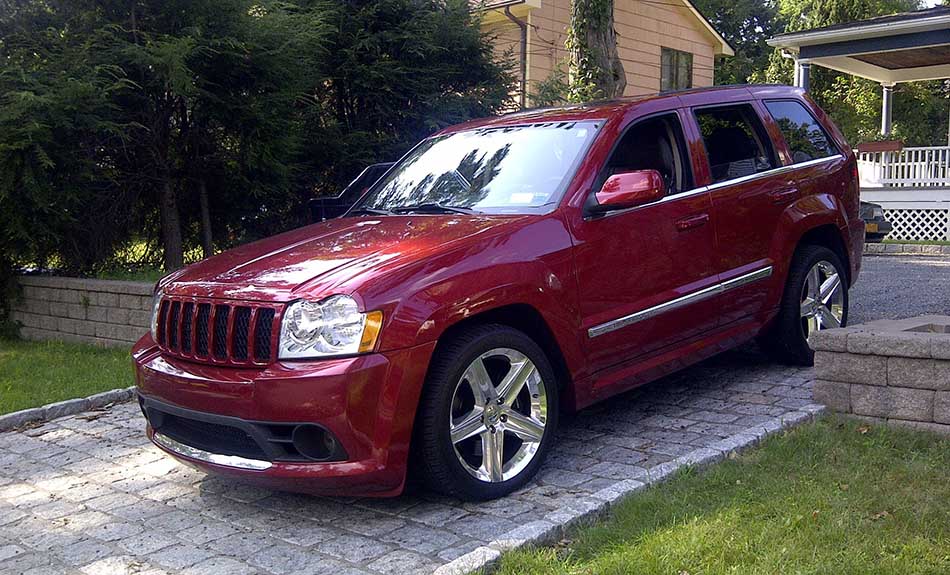 Jeep Grand Cherokee SRT8 is the vehicle that was launched on the market in 2006 and is named as the best selling product in the market. It is a 4 wheeler vehicle which provides amazing driving experience to the person. It is made with the 6.1 liters which is enhanced with the V8 engine. It is made with the luxurious interior and exterior which is of high quality. The price of this luxurious motor is almost $80,000. 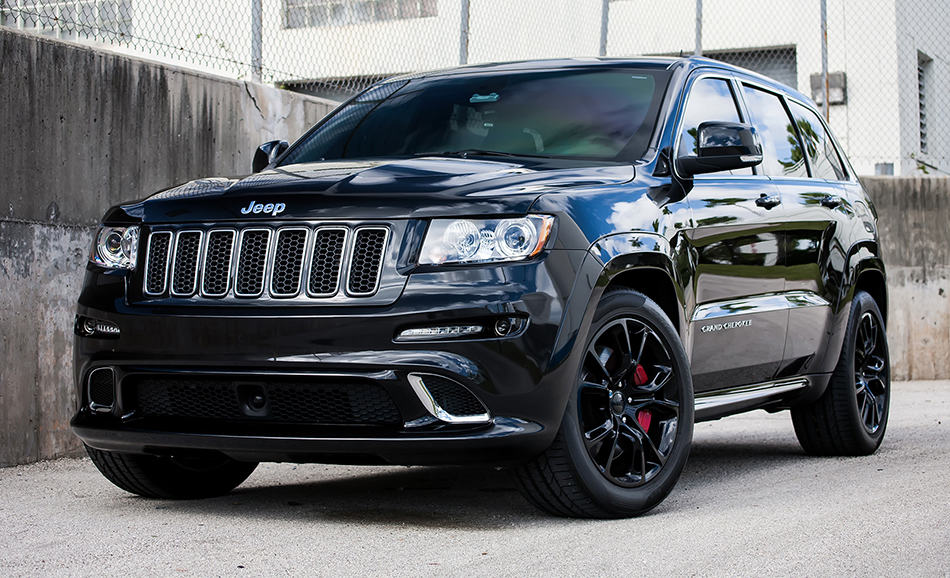 Jeep Grand Cherokee SRT8 is the vehicle which is made with all the capabilities of roads needed by the person. The overall look of this vehicle is like superhero type jeep which is very luxurious and made with the sporty look. It is enhanced with the V8 engine of 6.4 liters which was launched in 2012 at the estimated price of $120,000. It was first introduced at the Auto Show conducted in New York in 2011 which made it famous. 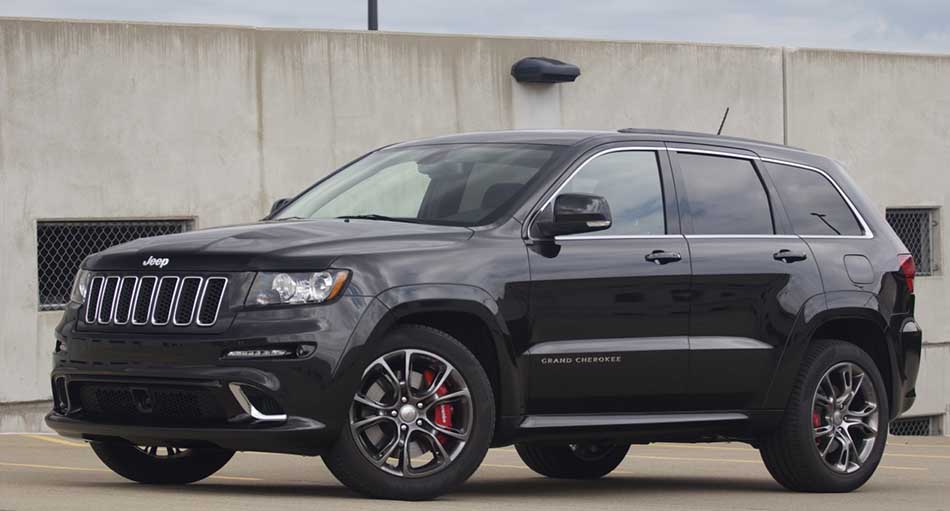 Jeep Grand Cherokee SRT is the vehicle which was launched on the market in 2013 which has a very luxurious design which is fully made of the leather and wood in it and its whole interior is done with it which makes it much more valuable. It is made with the V8 engine of 6.4 liters and can reach the highest speed of 257km/h. The estimated price of this motor is $130,000. It is made in dark red color which is very attractive for the people. 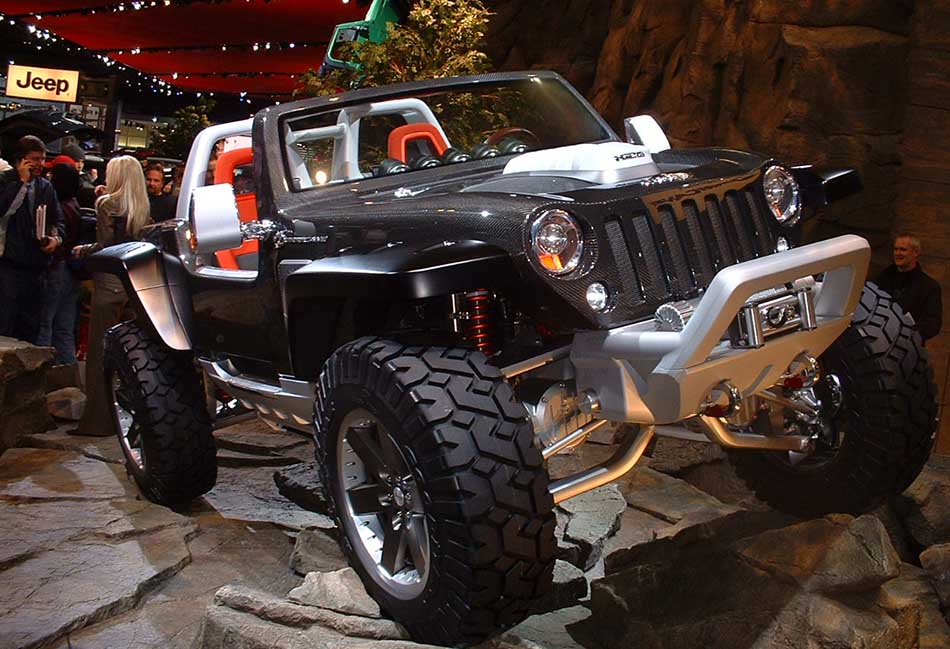 Jeep Hurricane Concept is named as most powerful Jeep ever made in the world which is made with the latest system in it. It is made with very light weight carbon fiber which is enhanced with the 8 cylinders in it and can reach the top speed f 250km/h. Jeep Hurricane is a two seat vehicle and comes without doors and has a luxurious look. It is sold at the price of $2 million which is named as the most expensive vehicle in the world.

Most Expensive Jeep Cars in the World – Top Rated