Celebrities have very high standard of living which is depicted in their lifestyle and their whole look because they are very rich and can afford anything in the world needed by them. They are a much busy social life which is maintained by them and their every act is captured by the media especially for their fans for which they have to look good. There are different types of awards for the recognition of the hard work of these celebrities and to appreciate them. All these celebrities select different big designers for big occasions like awards to grab the attention of people and media as well. Most of the female celebrities are more conscious about their look as compared to male actors of the world, and designer dresses are very expensive which are not affordable for everyone except these celebrities. In this article we will only talk about the most expensive dresses spotted on the red carpet of Academy Awards. 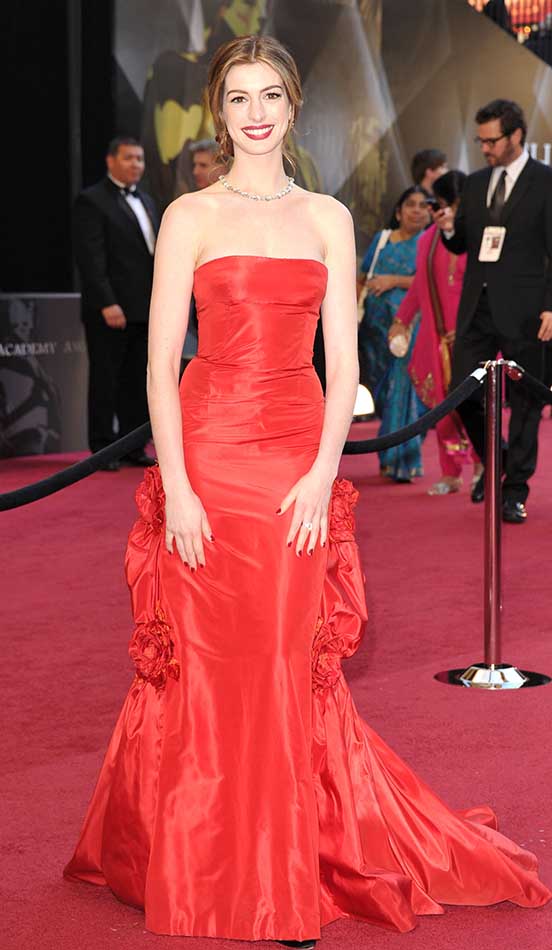 Anne Hathaway is the actress who entered in the academy awards of 2011 wearing a beautiful and perfect valentine red gown which was made from the pure silk faille. She was looking gorgeous in this dress, and her look was completed with the Lucinda Necklace of Tiffany & Co with the high price tag of $10 million. It is said that she selected this outfit from 8 different dresses, and this dress was purchased at the high price of $80,000 for a single day of awards. 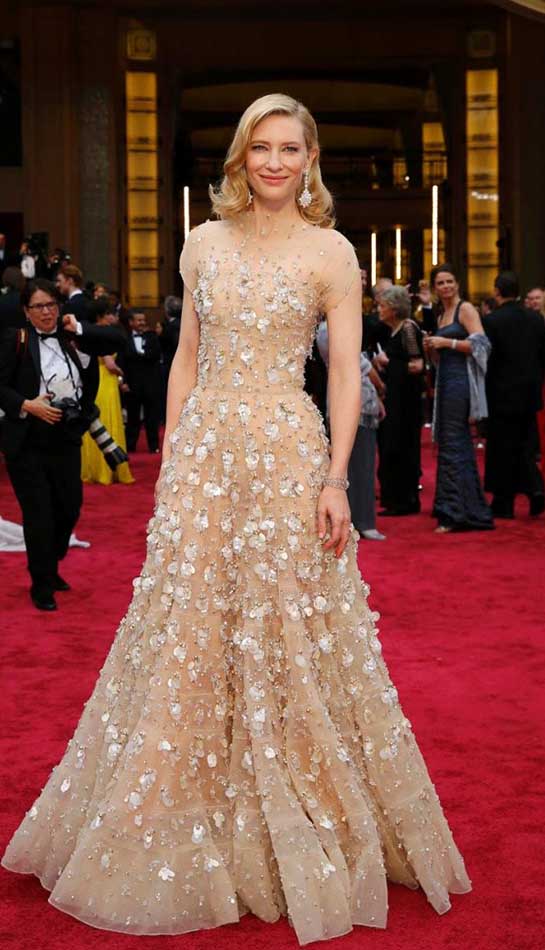 Cate Blanchett is the actress who is known for her style statement and beautiful clothes always worn by her. She wore this beautiful dress at the Oscar awards of 2014 from the latest collection of Armani Prive with the price tag of $100,000. It was a long sleeveless gown which was made in the skin toned fabric and was enhanced with the Swarovski crystals. She was wearing much expensive jewelry than the dress but still dress was an eye-catching beauty for the whole world. 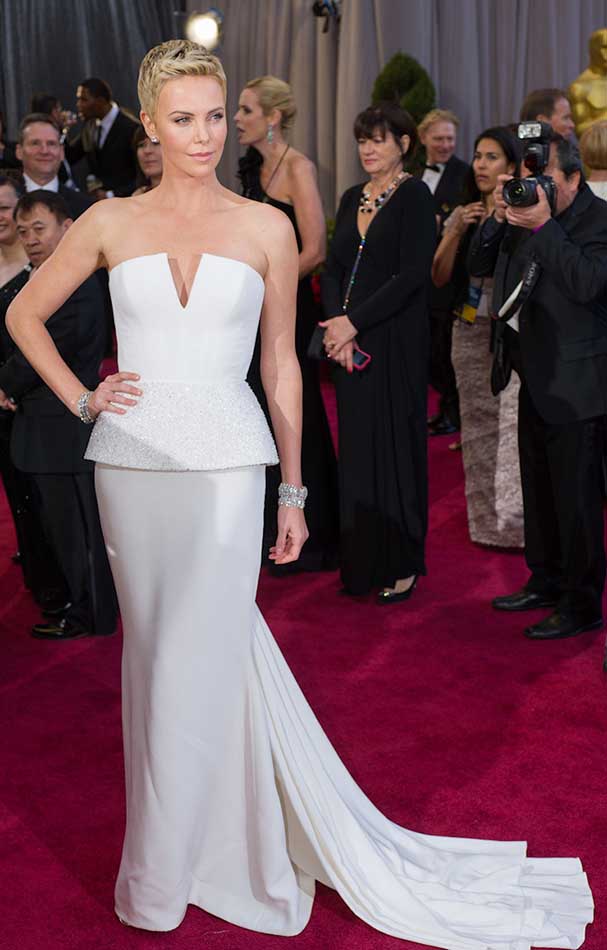 Charlize Theron is the actresses who always prefer to have a much simple look at all the award functions, and this look was flaunted by her at the Oscars of 2013. She is the beautiful actress of South Africa who wore a long white dress of the famous brand Dior Couture, which is an expensive brand, and this dress was sold at the price of $100,000. It was a custom made gown which was enhanced with the crystals and was made according to her descriptions needed for the function. 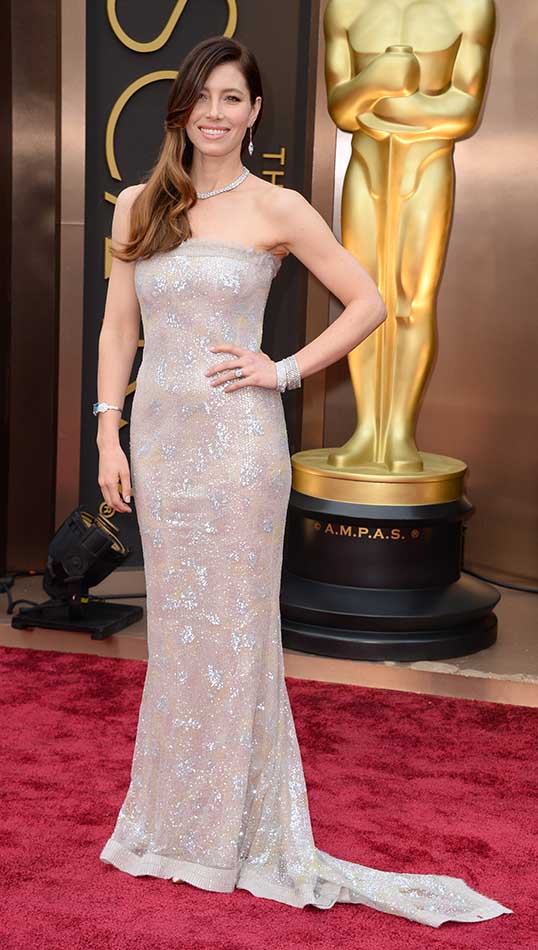 Jessica Biel is a pure natural beauty, and every dress looks perfect on her. She has worn a beautiful shimmery dress from the brand called Chanel with the price tag of $100,000 at the Oscars of 2013. She completed her looked with the amazing jewelry of Tiffany & Co, which was a complete fashion statement described by her at that function. She was looking much simple but a gorgeous lady in this whole look and elegant as always. 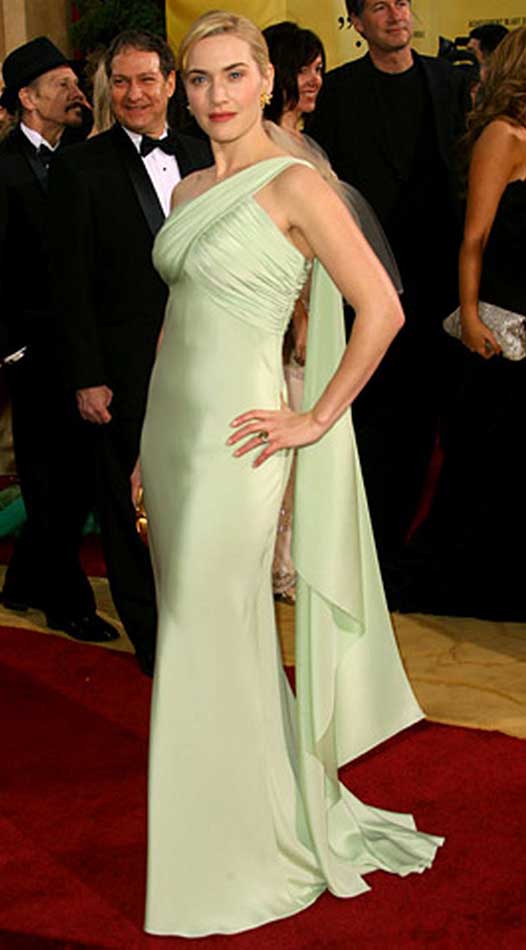 Kate Winslet was spotted at the Oscars of 2007 in the beautiful mint colored dress which was much unique color selection for the award function but was an expensive one as it has the price tag of $100,000. She is the leading lady in the world famous movie called Titanic and this Valentino dress gave her a perfect look for the night and followed the latest fashion statement. She was also included in the list of a best-dressed star at the awards according to different magazines and websites of the world. 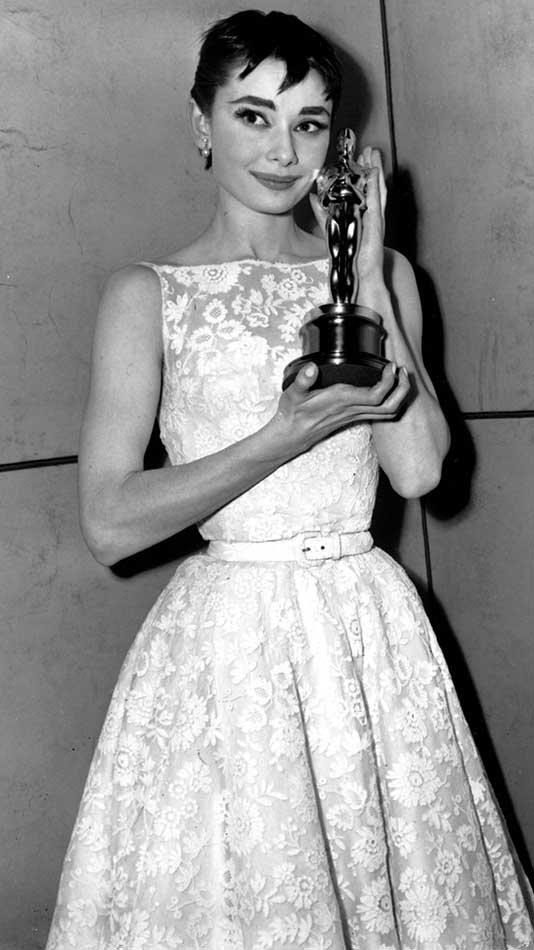 It was said in past that it is difficult to beat this beauty called Audrey Hepburn in her style and class. She wore a beautiful custom-made dress at the Oscars of 1954 and at that time the price of that dress was not revealed, but the original cost of this dress came to know in an auction in which this dress was placed, and its price was estimated to be $131,292 which is very expensive one as in past there was not much trend of wearing expensive dresses for the functions. 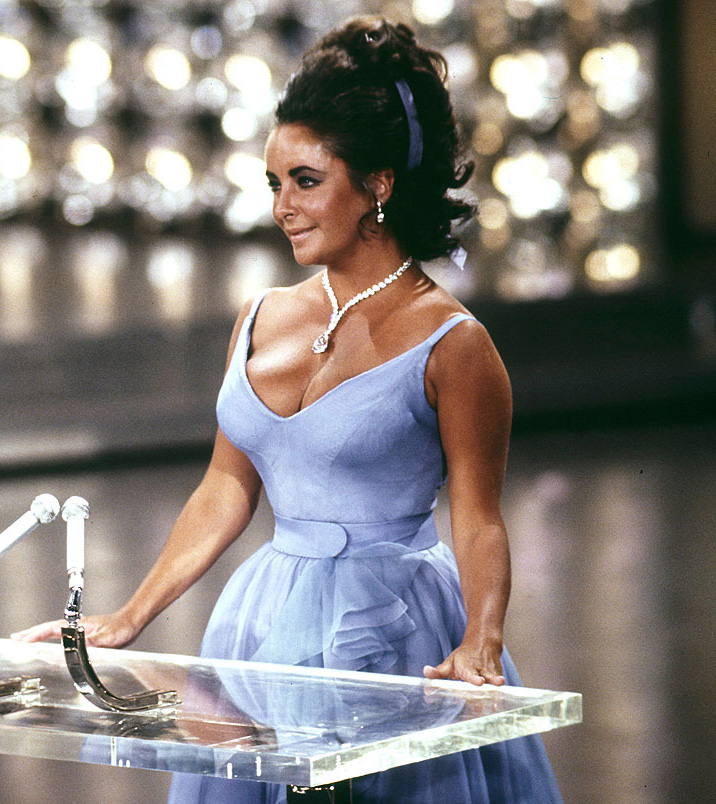 Elizabeth Taylor is named as one of the iconic actresses of the world which have unmatchable beauty all around the world. She has worn this beautiful dress at the Oscars of 1970 which was made in violet chiffon dress and was named as one of the most expensive Oscar dresses of all time which was sold in an auction of 1999 at the price tag of $167,500. This dress was the creation of the big designer called Edith who has done amazing work for her. 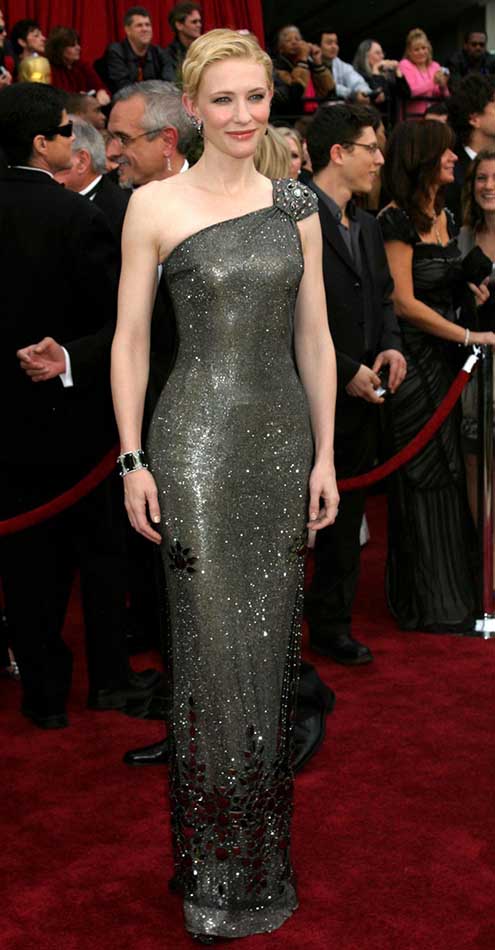 Again here comes another beautiful dress worn by this beauty Cate Blanchett at the Oscars of 2007 with the price tag of $200,000. This dress was designed and made by the world famous brand called Armani in the silver mesh color which was filled with the Swarovski crystal and was one sided off shoulder dress. It has spangle floral motifs on the both the sides to make it more beautiful and formal for the function. 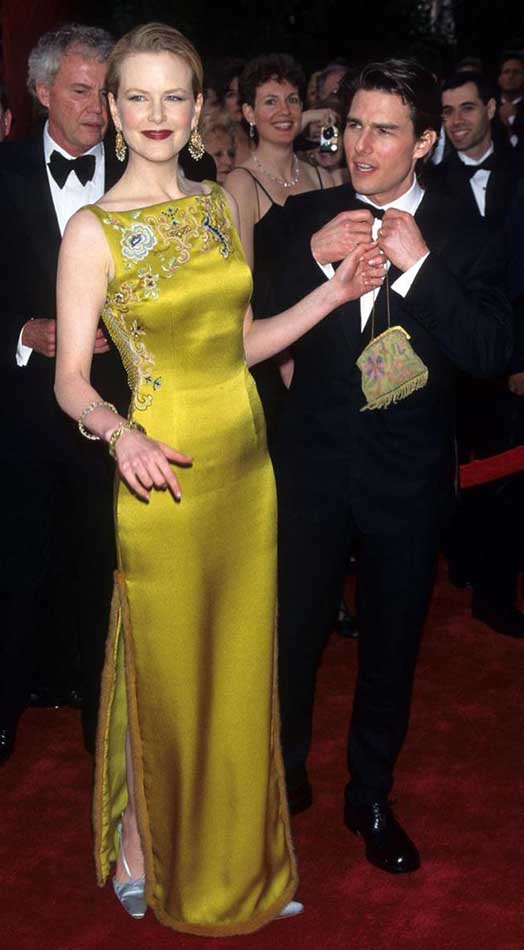 Nicole Kidman is the actress who wore a beautiful outfit of the brand called Christian Dior in the double tonne of green and gold. This dress was enhanced with the light, intricate embroidery on it which has slit on the right side and was made with the high neck. It was made by one of the best brands in the world and is also named as the most iconic dresses ever worn on the Oscars awards conducted in different years. 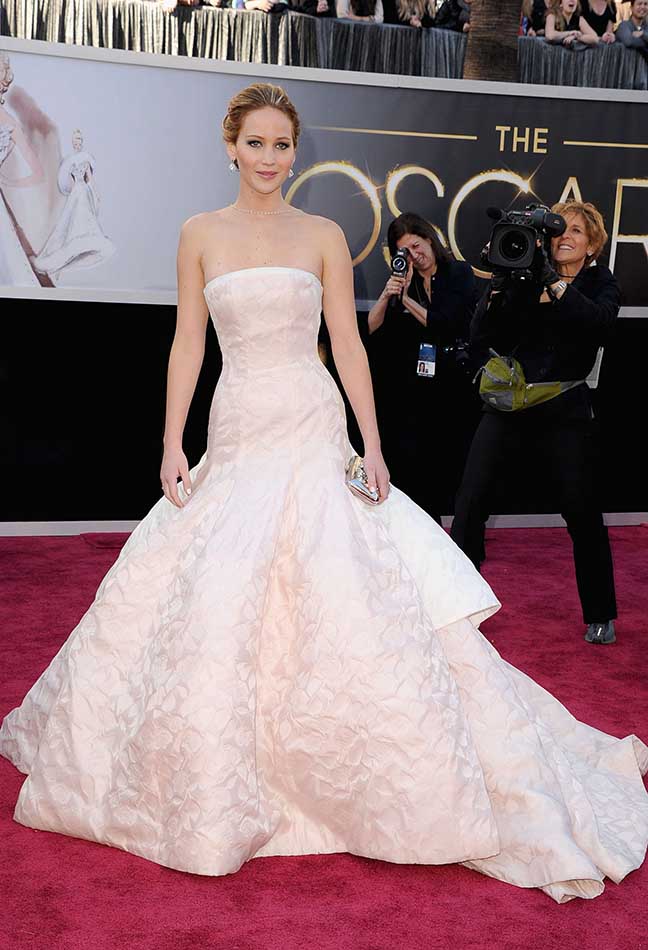 Jennifer Lawrence went to the Oscars event of 2013 in this beautiful custom made gown by the brand Dior Couture in the blush pink color which was named as the best dress ever made for the Oscar awards. The value of this dress was estimated to be $4 million, and this dress was not purchased by her as it was given to her as she was the face of this brand at that time. This dress has made headlines in the news due to its high price and beautiful look.