Food is the basic need of every person for living, and there are different varieties of food available for people. Most of the people are fed up with their regular food at home so want something different from the market to change their taste. Junk food is the fast food that is considered as unhealthy for the people as it includes burgers, pizzas, salads, etc. Junk food is normally very high in fats, and some best food brands like McDonald`s are trying to provide healthy food items to their customers. The concept of junk food was introduced in the world in 1893 in America when popcorns and peanuts were available in boxes. It is estimated that junk food is normally very expensive which are not affordable for everyone and are a luxurious one. All these expensive junk food are made from the expensive ingredients and are further decorated with the expensive things like an edible gold leaf and truffles to enhance their whole look and to provide luxurious experience to the people. Most of these food items are served with expensive champagne to make it luxurious as a whole.
The following are top 10 most expensive fast foods available in the market: 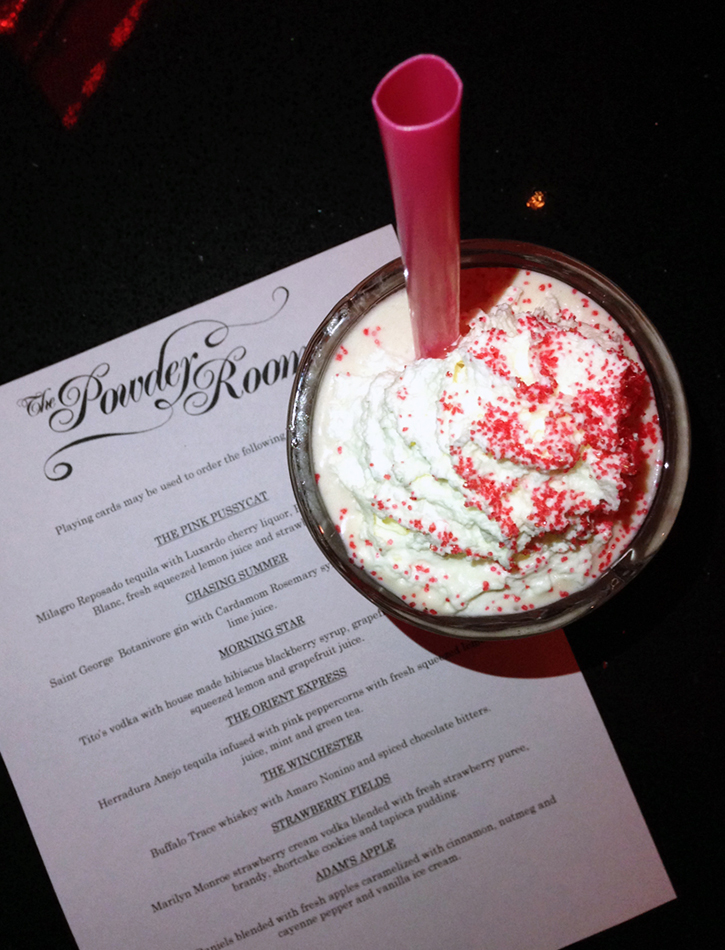 Powder Room Milkshake is the famous shake that was launched by the Kim Kardashian and was then available at many big restaurants as it was named as the most expensive milkshake in the world as its price is $500. It was made from the special Belgium chocolate, touch of liquor and further enhanced with the edible gold leaf. The topping of the milkshake is done with the Swarovski ring worth $190. This whole drink is the perfect combination of fun and luxury. If people want to have it without the expensive ring, then this drink can cost almost $300. 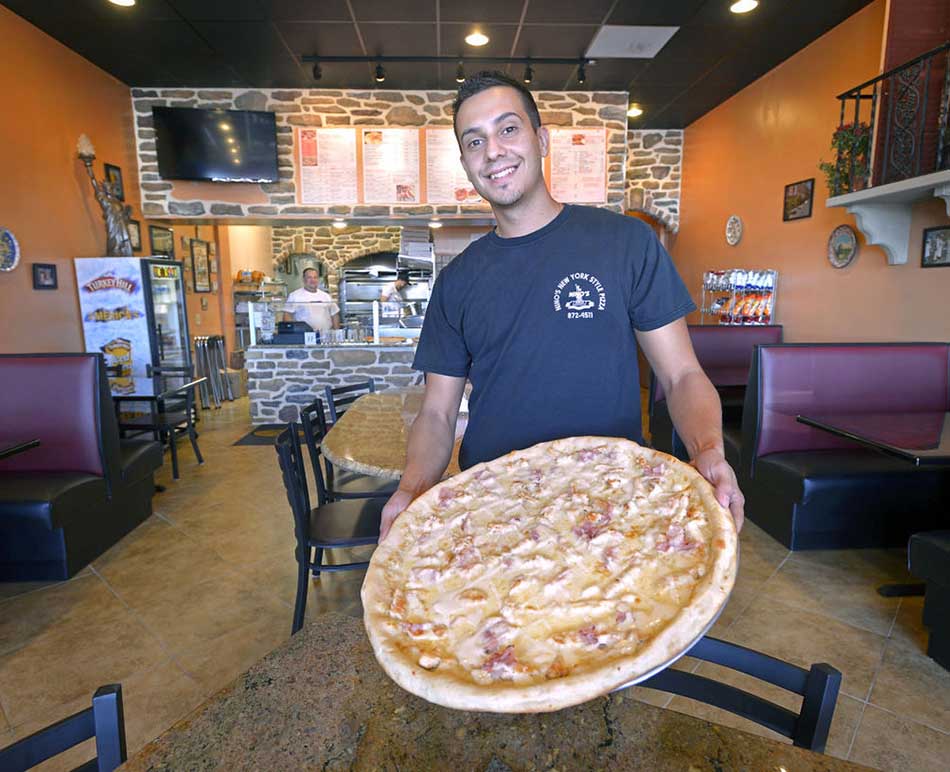 Here comes a pizza that is quite famous fast food item in the world. Nino pizza is the traditional pizza of Italy which has been introduced in New York. It is served with some different environment and on the table that is placed at the back of the restaurant. It is a pizza of 12 inches caviar and made with lobster which has the topping of chives and crème. The price of this different pizza is $1000. 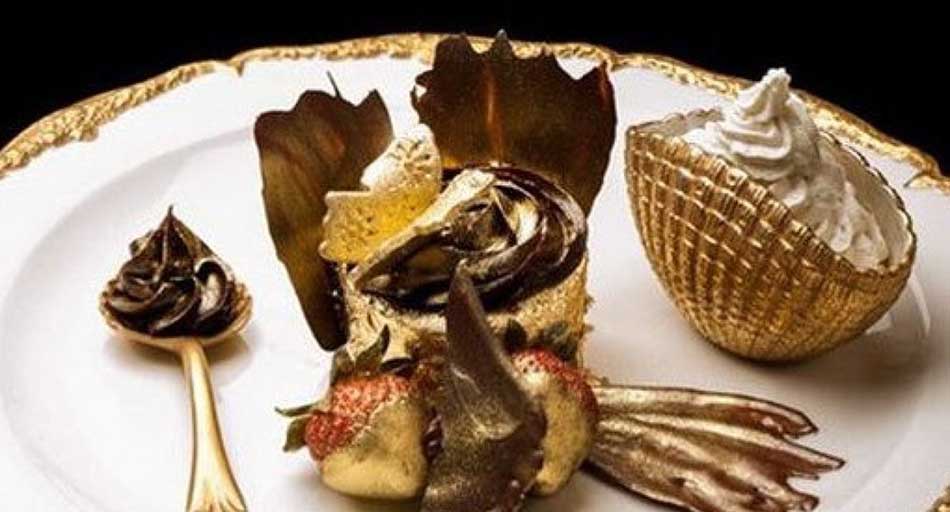 Dubai is the place which is known for providing the complete luxuries to the people visiting it with all types of facilities. It is the most expensive cupcake in the whole world which is wrapped in the paper of 23 carat gold and the flour used in its making is imported from Italy. It was introduced in the Edinburgh fashion event in 2010 and is available at the price of $1000. It is decorated with diamonds on the top to make it luxurious. 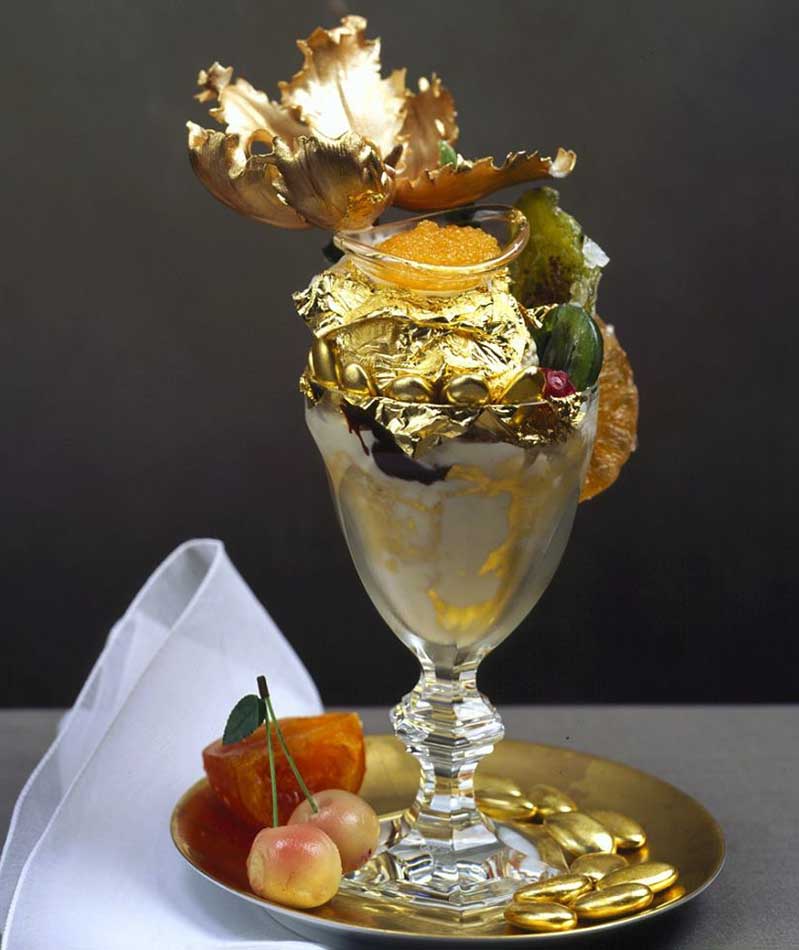 Serendipity 3 is the most luxurious restaurant in New York City, which has attracted many famous celebrities including Marilyn Monroe and some others. The owner of this restaurant Joe Calderone has introduced a large number of junk food dishes at different price tags. It is an ice cream sundae that has 5 scoops of vanilla ice cream and is covered with the 23 carats edible gold leaf. The gold leaf decorated on it has no flavor. The chocolate syrup used on the top of the sundae is the most expensive one in the whole world and price of this luxurious dish is $1000. 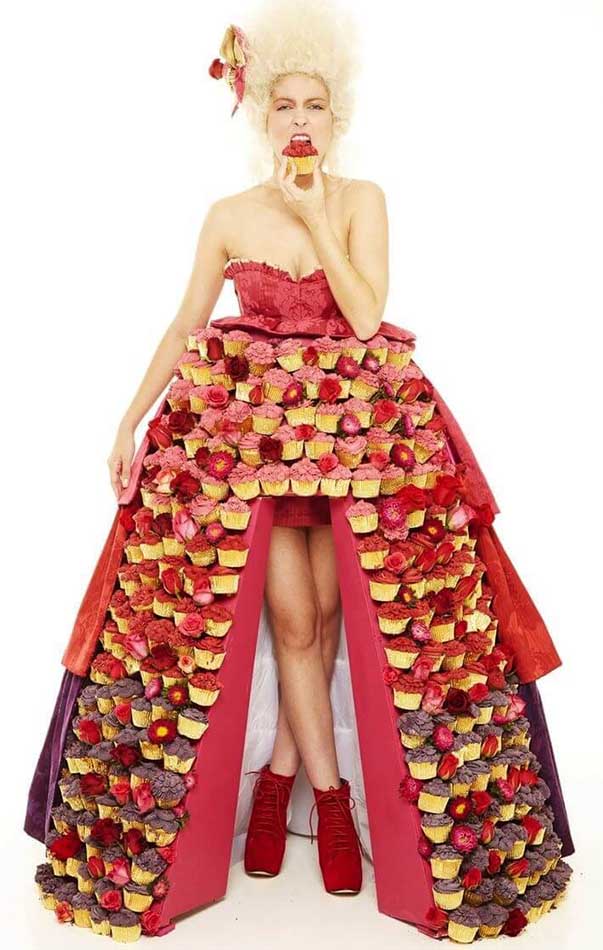 Cupcake dress was a publicity stunt by the food network the UK and was shown in their advertisement campaign. The whole dress was made from almost 300 edible cupcakes in different colors that include pink, purple, red and it took 3 days for a completion of this whole dress. It was also displayed during the London Fashion week and was eaten by the people later on. The cost of this whole dress in its making was estimated to be $1,275. 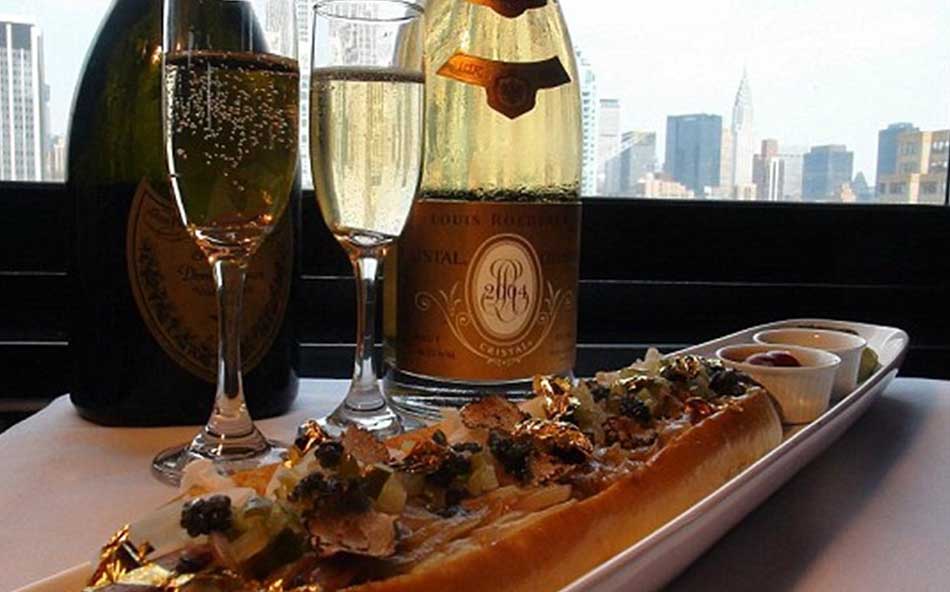 It is the most expensive hot dog in the whole world is comes from the Massachusetts but was introduced in the outdoor rooftop restaurant. It is made with different ingredients that include lobster, mushrooms, and sprinkles. The beef used in its making is Japanese. It is served with different types of champagnes and caviar to complete the whole meal. It is named after the celebrity favorite junk food in the world. The price of this delicious hot dog is estimated to be $2,000. 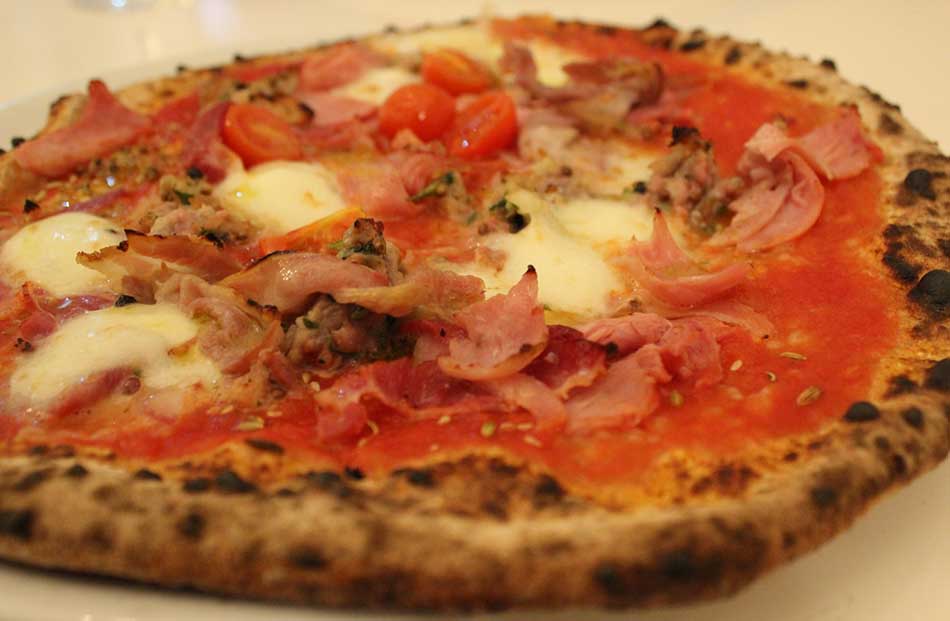 Margo Pizzeria is the restaurant that serves the best pizzas that are the main attraction for the tourists of the whole world on beaches of Mediterranean Sea. The owner of this restaurant Claude Camilleri claims that they create most exclusive and expensive pizzas to grab the attention of the people and to boost their quality. It is a thin crust pizza that has the topping of mozzarella cheese, 24 carat gold and white truffles. For having this pizza, you need to order it one week before having it. The price of this exclusive pizza is $2,420. 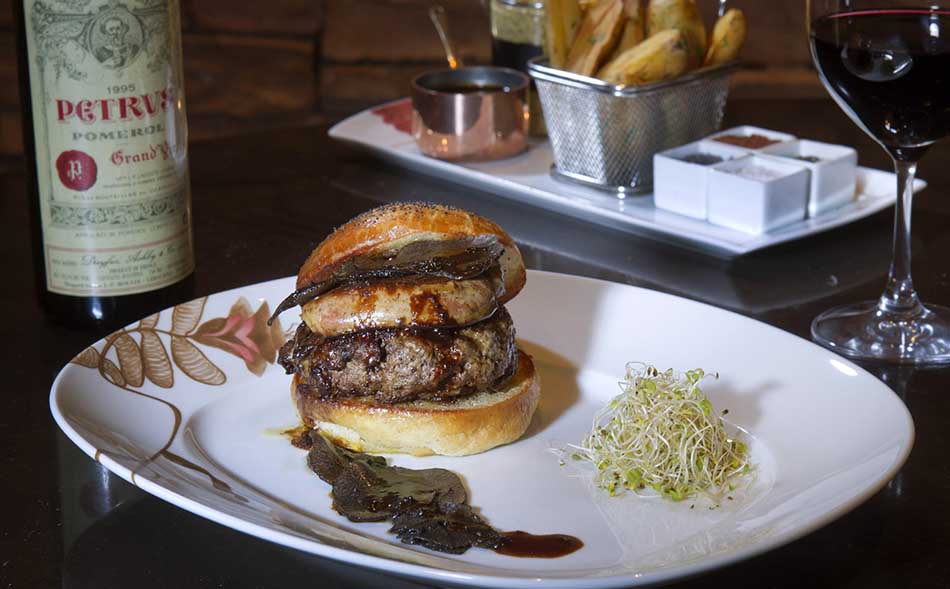 Fleur Burger is very special kind of burger which is very expensive as its price is $5,000. It is made from the Japanese beef. The sauce used on it is made from shaved truffles and simple truffles. It also has a special type of champagne with it at the price of $2,500 which can be purchased with the certificate of Authenticity. The whole look of this burger is not much impressive but the ingredients used in it are very expensive and imported from different places. 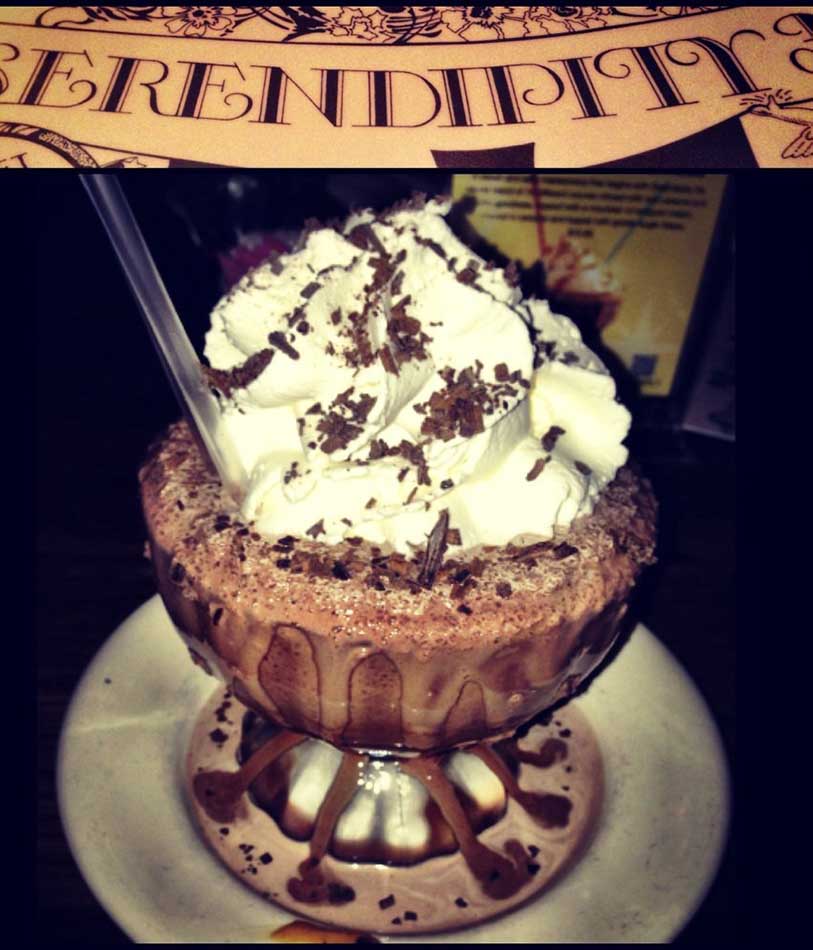 Again here comes a luxurious dish from the famous restaurant Serendipity 3. It was also named in the Guinness Book of Records as the most expensive dessert in the world as its price is $25,000. It is very delicious hot chocolate that is made from 14 different type of cocoa and on the top it has diamonds and edible gold as well. It has a special surprise with this hot chocolate that is a diamond bracelet for the person having it. 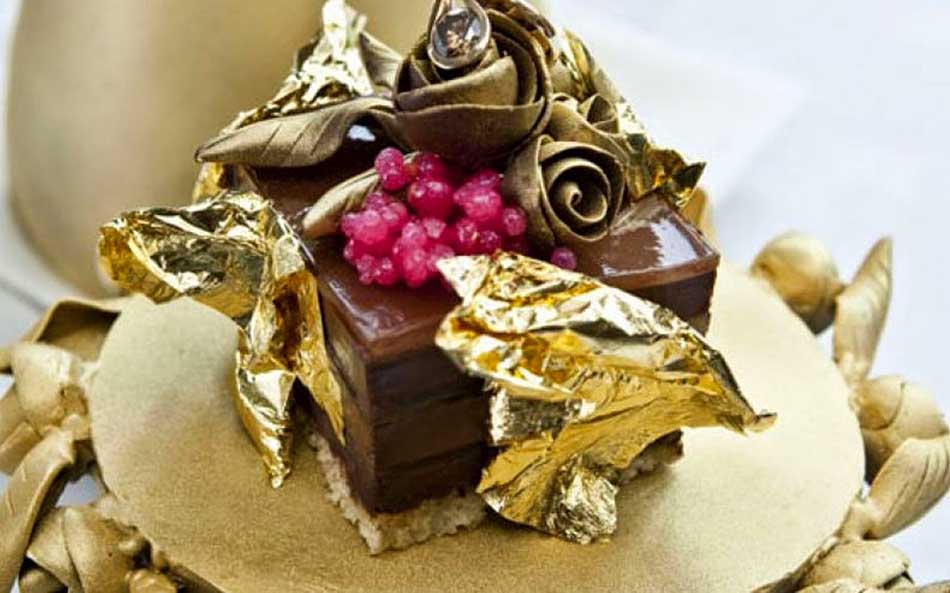 Here comes up the most expensive junk food in the world which is available at the price of $35,000 and is the chocolate pudding. It has to be ordered two weeks in advance because it’s exclusive ingredients. It is claimed that is the most expensive dessert in the whole world. The topping of this dessert is done with the champagne jelly and gold leaf which is edible. It is enhanced with a diamond of 2 carats on the top.

The above ranking of top 10 most expensive junk foods list in the world is given according to the prices of these dishes in different restaurants. All these dishes are very luxurious and made from expensive ingredients that are the reason for their high prices. All these foods are junk foods that are considered to be unhealthy for the people and nutrition experts recommend not eating them. But most of the restaurants are working to enhance the nutritional value of their dishes.