In old times non-hybrid type of chicken was available in the world. Nowadays a chicken being sold in the market are known as industrial chickens. They are the modern breeds that are only used for the purpose of meat and fresh eggs. There are many things that are necessary for industrial breeds:

White leghorn and Cornish is considered to be the best breeds. They are mainly known for their meat and eggs. As heritage breeds are concerned, there are many types of breeds. They are different in color and traits. In about 1800 years, chickens are begun to be kept on a large scale. Modern poultry farm were present in the United Kingdom from almost 1920 and established in the United States after Second World War. By the 20th-century poultry, meat producing industry gained much importance. Poultry has fulfilled the demands of increasing number of population. Heritage breed are considered to be better than industrial breeds. This breed has a wonderful natural color. These chickens have long tails including feathers and crest. Now we are going to discuss the top ten breeds of chicken. Which are considered to be the best.
Here is the list of top ten best chicken breeds: 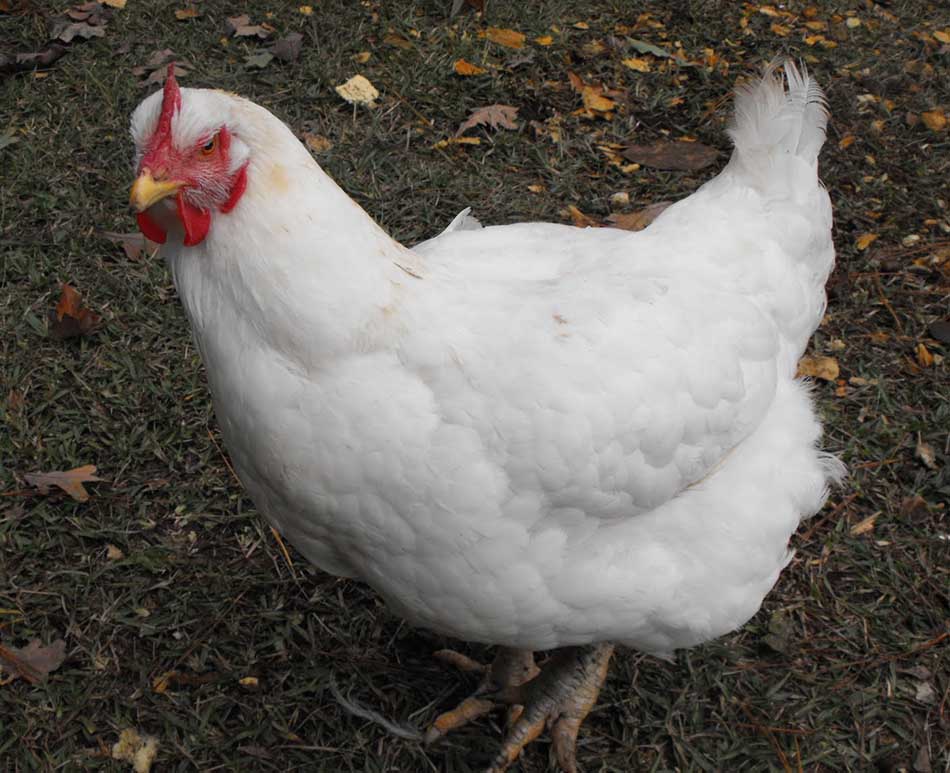 This breed would test your patience because these hens take a lot of time to get fully mature. The white laced hen is usually used for the purpose of meat because it does not produce eggs in good quantity. This breed is considered to be the best in producing meat. One can earn much of the money by selling the meat of White laced hen. By the increasing number of people, the requirements of people are also increased, and new ways are introduced to increase the production of food. Breeds are proved to be the best because with the different breed large and best quality food can be produced. 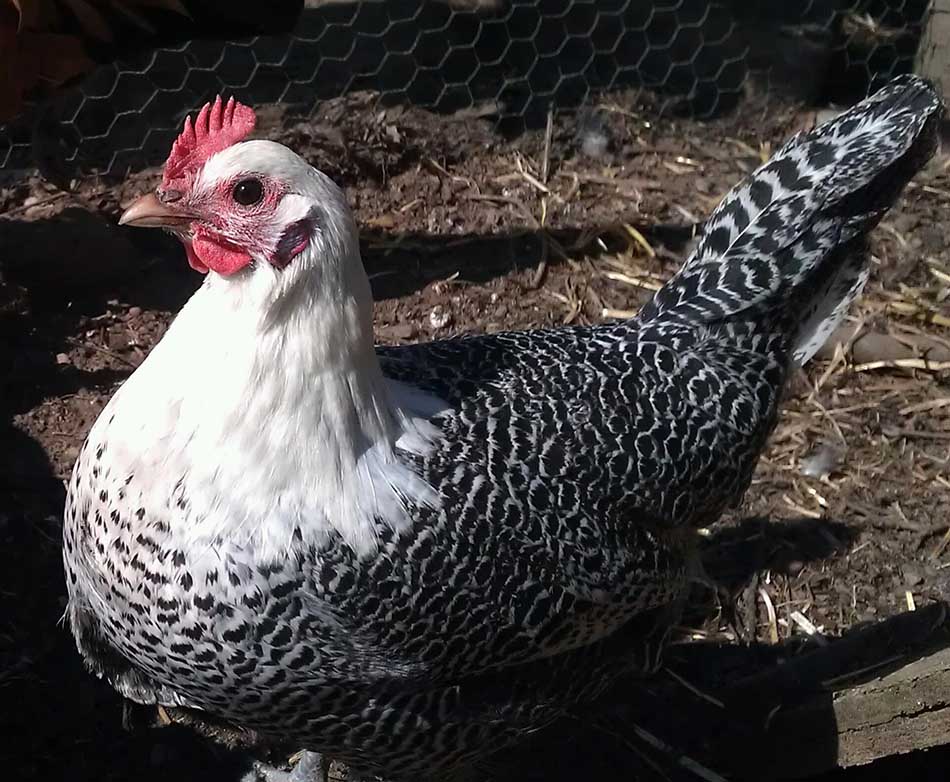 The hen is so beautiful and attractive. Silver Campine is highly adored for the ornamental value. It is kept by the people who are having backyards for the purpose of beauty. It is light weight, fully feathered, active and a very elegant hen. The basic purpose of keeping this hen is a constant production of white eggs. These hens are not produced at large scale, but some people keep these hens. These hens fulfill the requirements of eggs of the family. Enhance the beauty of one’s backyard. 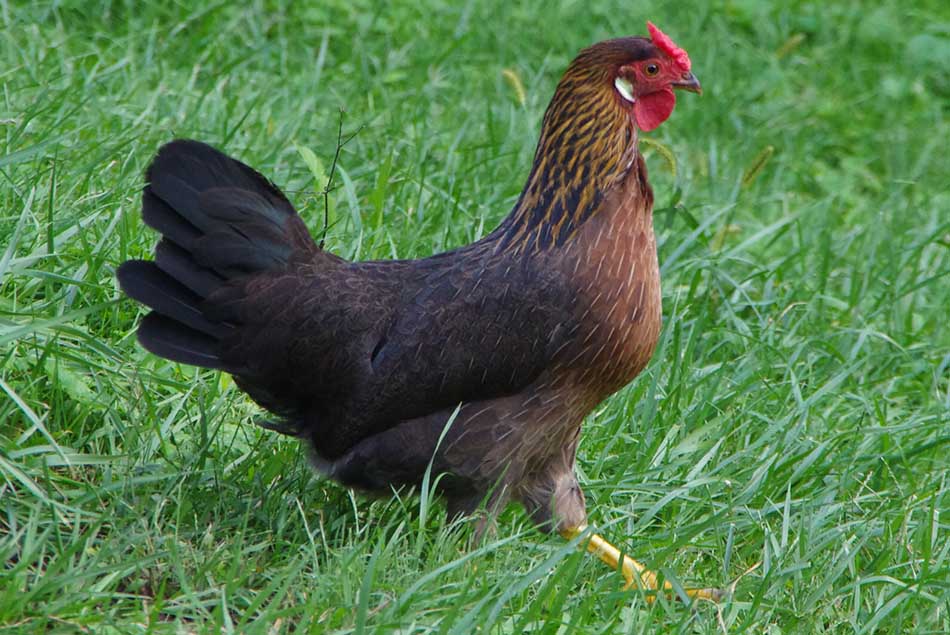 You would have heard about the famous leghorn family. The breed belongs to the family of Leghorn family so; they share all of their features of their family. Single Comb is very large. They are unfriendly and harsh. Many of the people do not keep Single Comb because of its behavior. It is kept by only some of the people. Landlords keep them for show off. 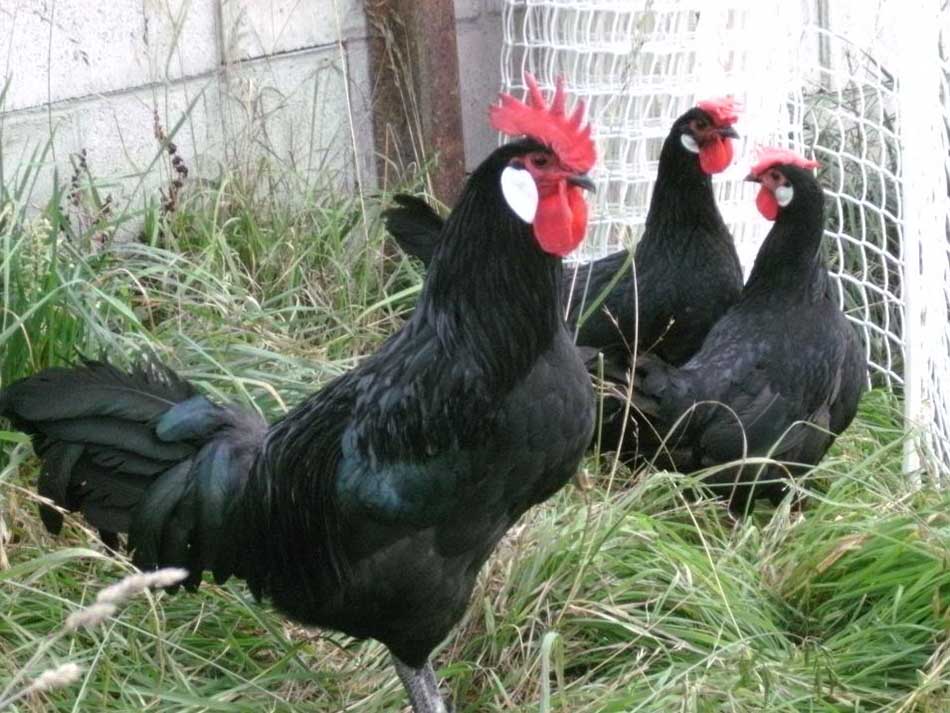 If you want to know that who is gangster among the chicken so, Black Minorca is considered to be the gangster among hens. Black Minorca is harsh, arrogant and moody. They lay large and oversized eggs. The eggs of this hen are also considered to be the best. They fulfill the requirements of eggs in the society. Without these breeds, no one can even imagine fulfilling the demands of increasing number of population. Breeds produce large and good quality of food for the people, and food requirements are fulfilled. 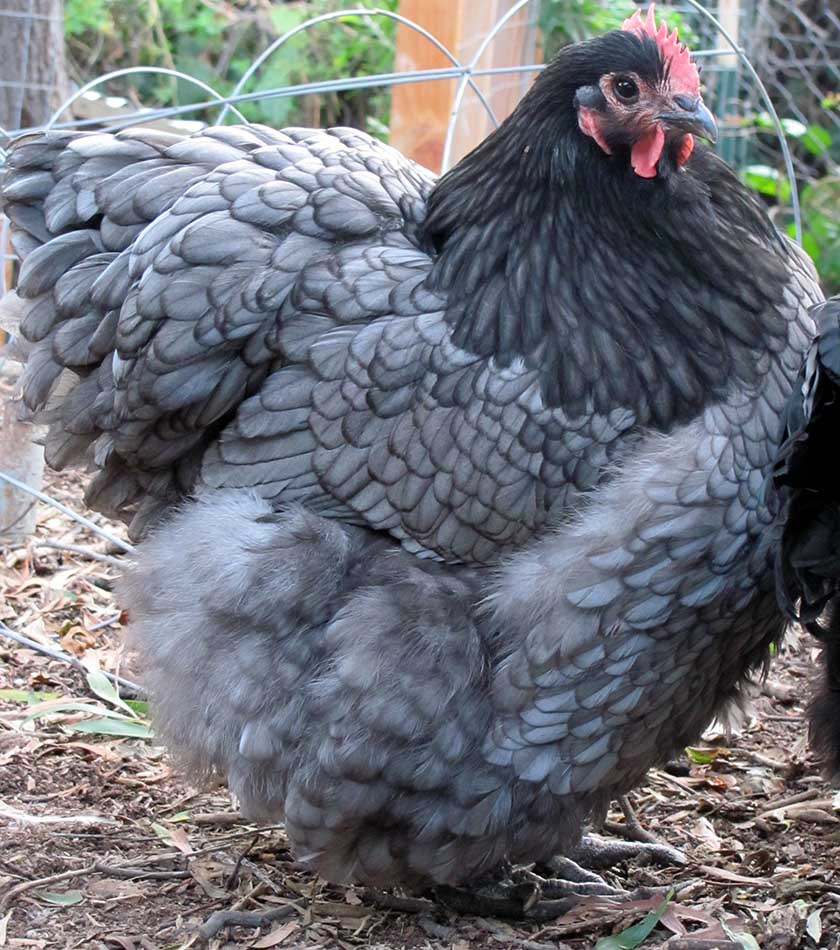 This name is given to the hen just because the feathers of the hen are blue. The babies being produced by the hen may be of white, black or blue color. The hen produces large eggs of WHITE color. This hen is famous for the production of eggs. The eggs being produced by the hen are considered to the best kind of eggs. The population of the world is increasing day by day and by this the requirements of food are also increasing.  Breeds are necessary to cope with the increasing number of demands because they produce more quantity. 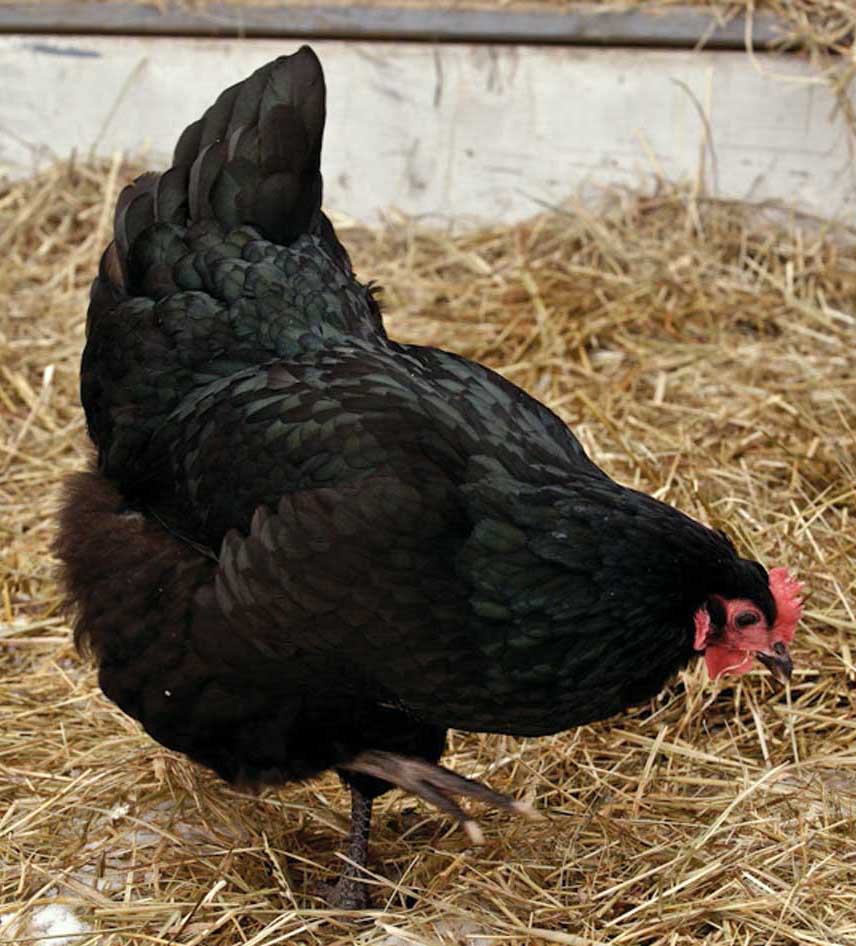 Black Australorp was firstly originated in Australia. It is a very calm and docile hen. Black Australorp is having black plumage and some shades of green and purple in sunlight if you observe. It produces a good amount of meat and eggs. It is famous among its category. To fulfill the requirements of food of the people the new techniques are being introduced and on of it is breeding of animals to produce the best and to increase the quantity. 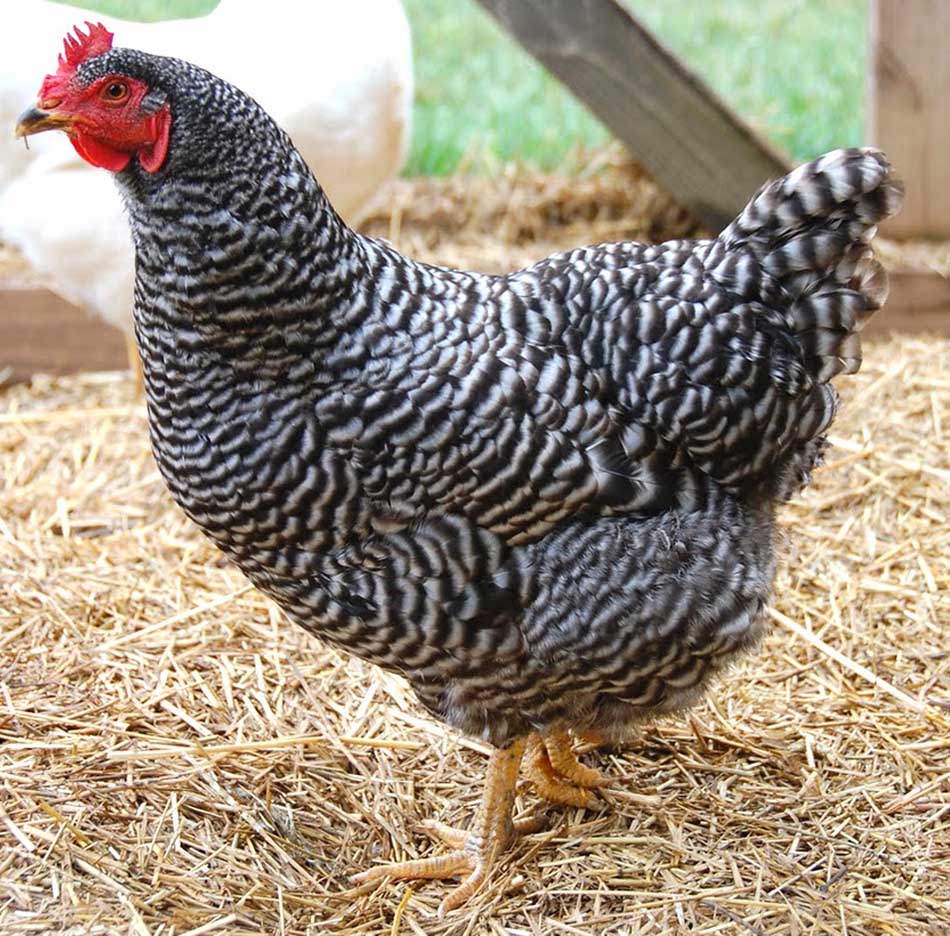 This hen is simply called rocks or barred rock. It was firstly being originated from United States. Barred Plymouth is a bulky hen, and it is even heavier than a Rhode Island Red. It serves a good roasted chicken for the people of United States. The eggs being laid by the hen are of brown color. By producing this hen, a good amount of meat and eggs would be obtained. It helps to fulfill the increasing food requirements of the society. The color of the hen is beautiful and attractive. 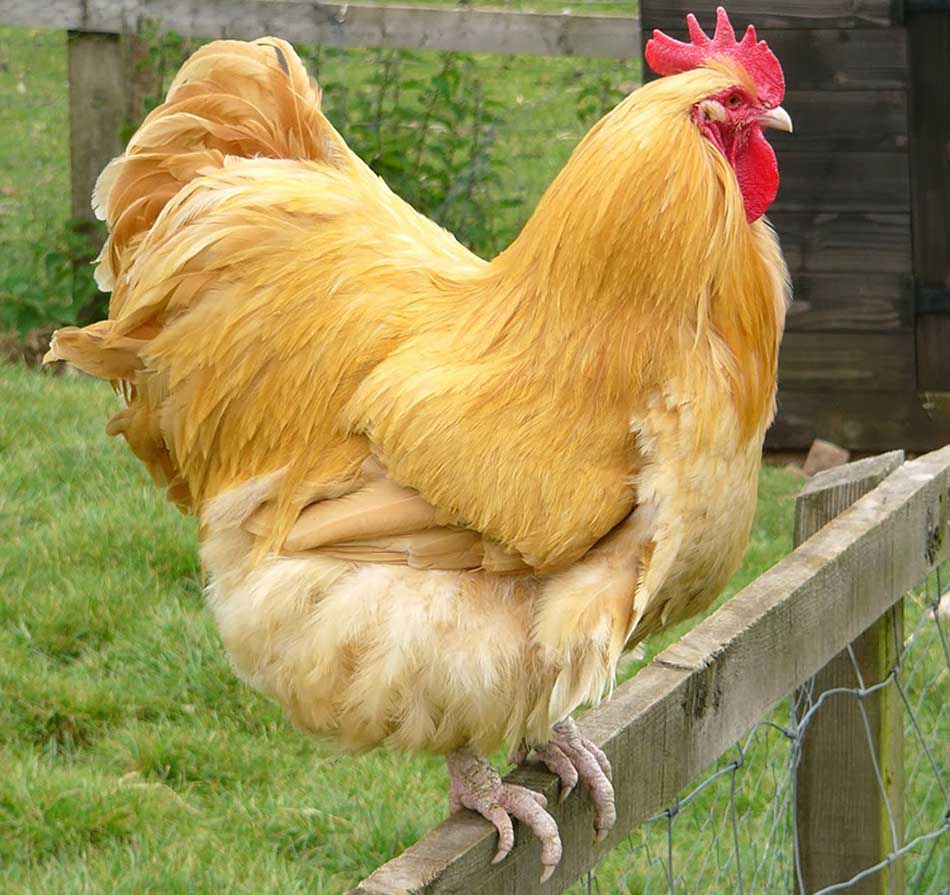 It is considered to be the most favorable breed. It lays a good number of eggs. The eggs being laid by the Buff Orpington are of cream color. This hen is bulky and produces a good amount of meat with the increasing number of population the demands of food are also increased. To cope with their demands these breeds really play an important role. 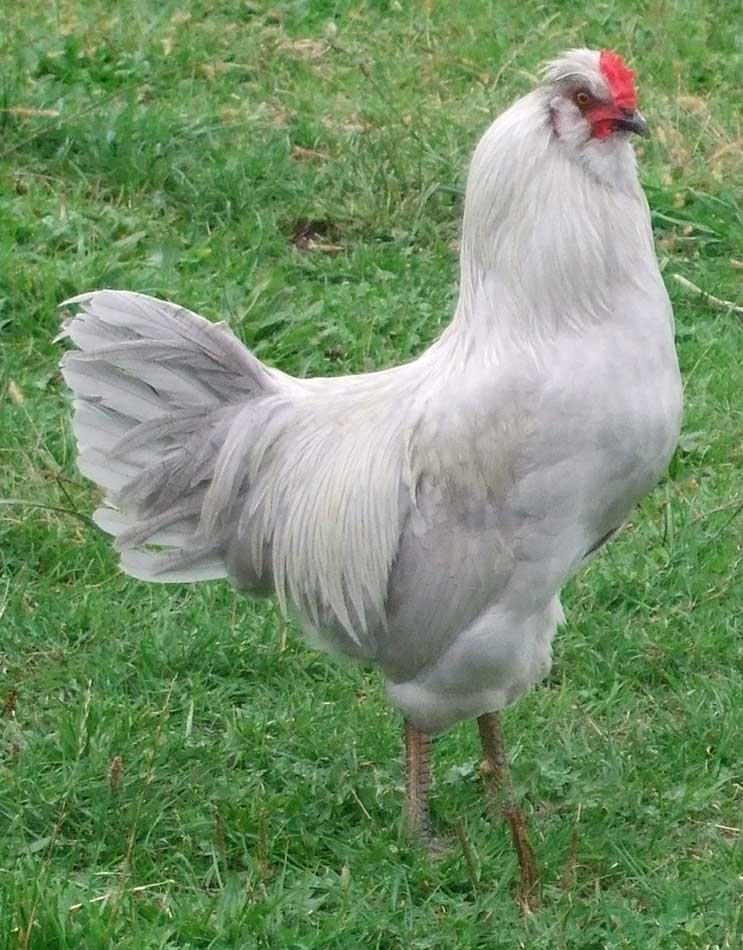 Araucana lays blue eggs. You find many of the variation in this type of breed. Some have long tails and some of them are having weird tufts. With the great advancement in society and technology the ways the ways of getting food are also improved. In early time’s people were simple and their way of living was also simple. Due to less population food requirements were limited. Now by the increased number of population the requirements of food are increased and new ways are introduced to cope with them. 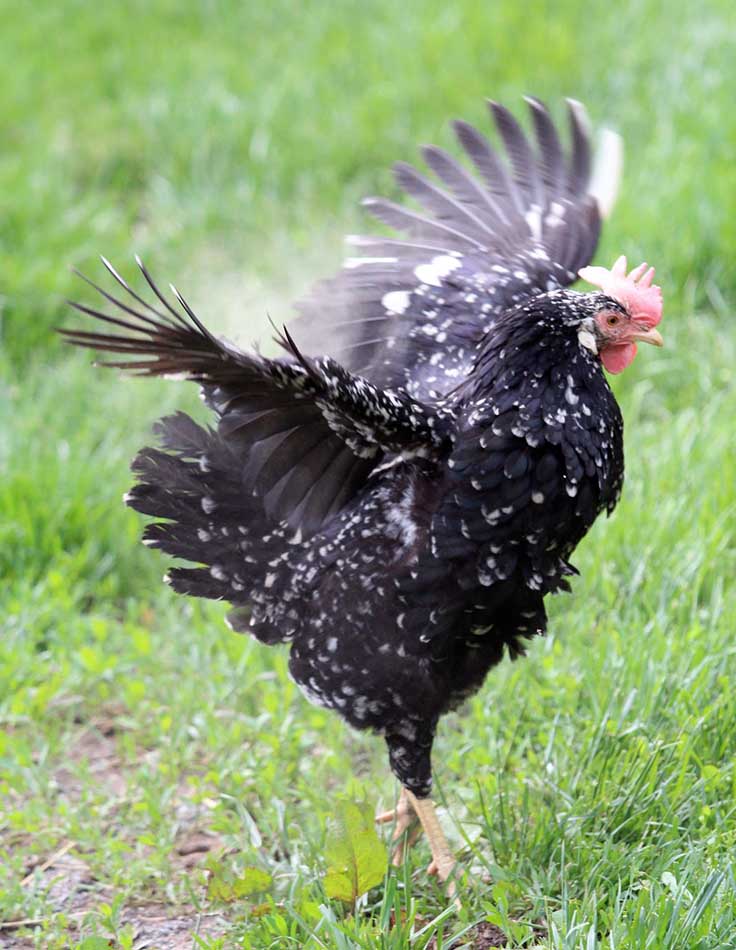 If you want a winter breed then the best kind of breed for winter in Anocana. A good number of eggs are being produced by Anocana chicken and the color of eggs are white. They are very active and playful. In older times number of population was limited and their demands were also limited. To cope with the increasing number of population and fulfill their food requirement breed are necessary.

We have discussed above the top ten breeds of chicken. The population of the world is increasing day by day, and the food requirements of the people are also increasing. In a previous era, the population of the world was not much, and the requirements of the people were also limited. With the advancement of technology, the thinking and living standards of people are changed now people need best of everything. To cope with increasing numbers of population new and scientific ways are being introduced to produce more and best quality of food. Breeds of the chicken cope with the increasing demand for chicken and eggs. We conclude that all above mentioned breeds are considered to be the best for a production of eggs and meat.