Today we are going to let you know about the world’s most genius person ever born. Yes because it is said that chess is a game of intelligent people. And those who have mastered this game, would surely be the world’s most genius people. Well, they were genius or not but they were master in their skills that is required for playing chess. And not only playing but also winning the game, they were best in that. They got such a mind that make them play some extraordinary moves on a chess board. Chess is all about your mental intelligence. If you know your resources and move them wisely, no one would be able to get on to your king but you will be able to Matt the opponents king. Let’s have a look at people who have been best in this for many years. 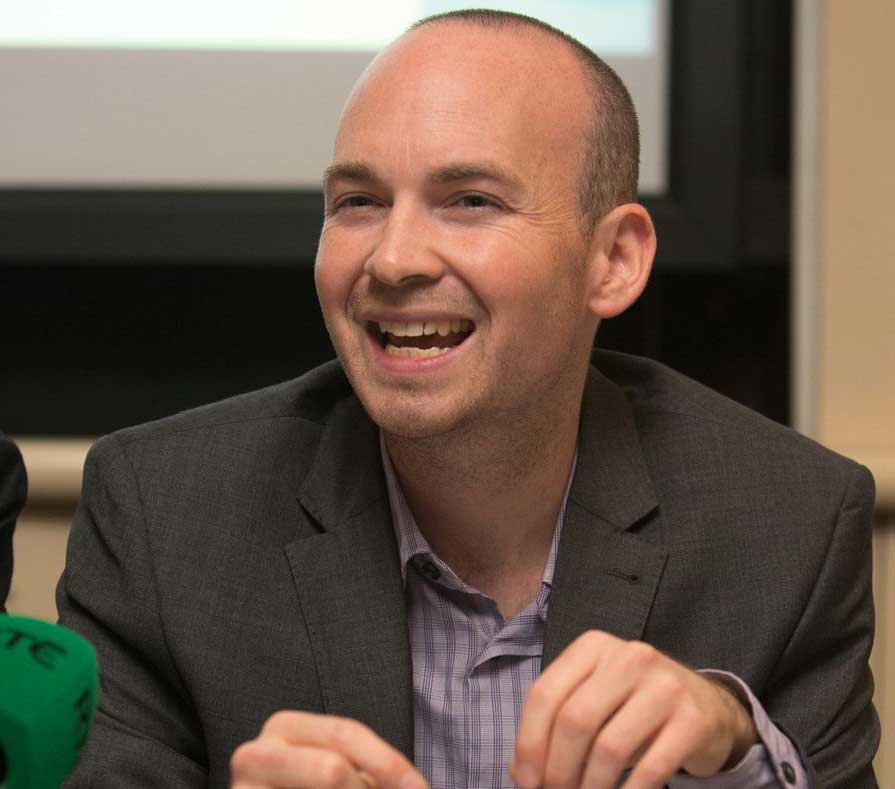 This top-class chess player was born in the USA in the year 1837. He is one of the best chess players that history has witnessed till yet. He learned the game in childhood and practiced it with his family members. But the class at some extraordinary level when he played a match his New Orleans’s best player at the age of 9 years only. Of course, he won the match. It was a threshold of unstopping winning performances by this man. He played his matches with best-renowned players of that time, who belonged to different countries like England, Hungary, and France. In 1857, he took part in American Chess Congress, where no one could defeat the talent of Paul Murphy. But one back draw that happened to the undefeatable talent of this man was that he did not perused his career in Chess and started to practice law. Probably this is the reason that Paul Murphy could get a 10th position in the ranking, which surely not suits his talent. 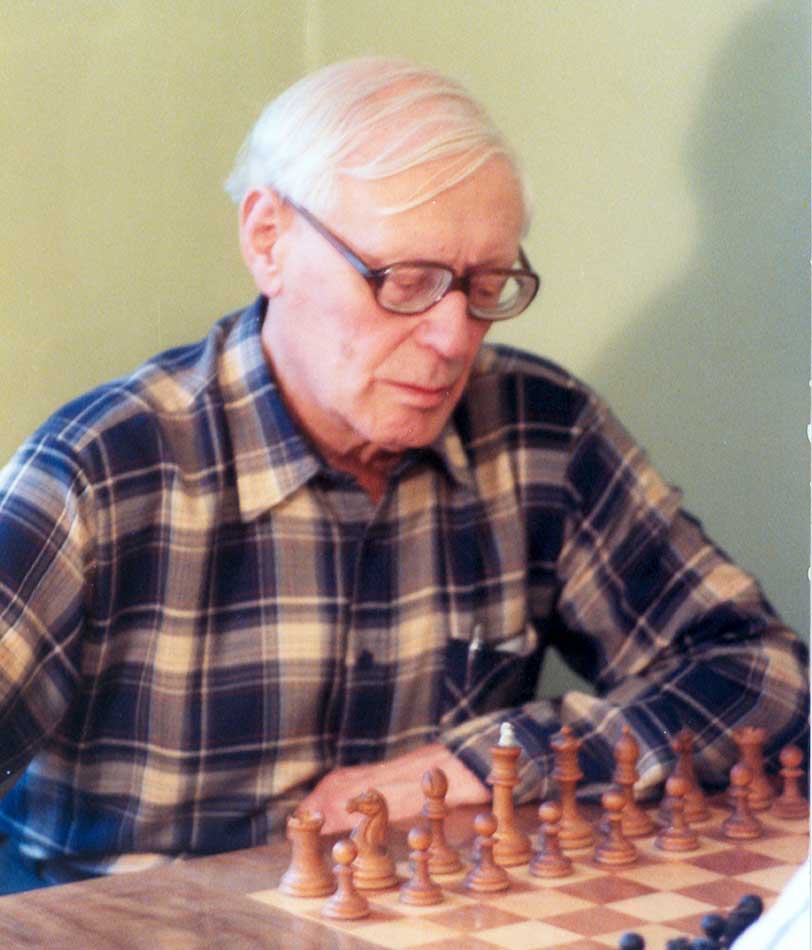 He is a Russian player who born in the year 1911 and makes his opponent of Chess lose for more than 80 years. He remained in the list of top players for more than 15 years from 1948 to 1963. But this was not the actual span of Career of Mikhail Botvinnik in Chess. He started to play the game in when he was 12-year-old. And won the championship at school when he was 14. And after that, he devoted his life to the game and did a lot of work for the promotion of Chess throughout the World. That all continued even after his official announcement of his Retirement from a game in 1970. He died in the year 1995. 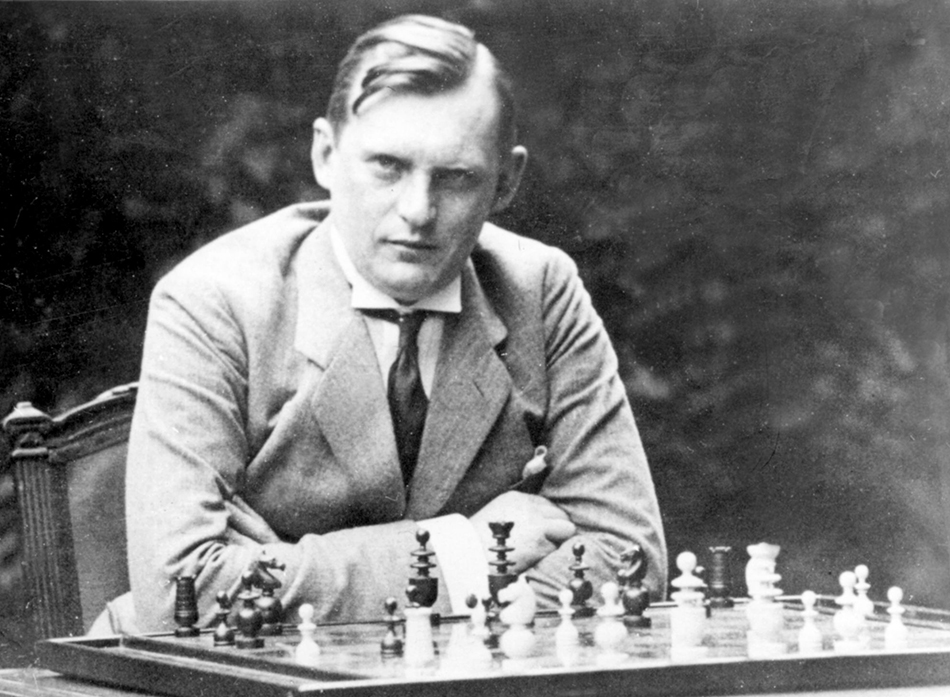 With some extraordinary progressive career in chess, we place Alexander Alekhine at number 8 on our list. He also was a Russian who born in 1892 and earned fame at world level. He was known to be the strongest player in Russia in 16 years of age. But he became an internationally renowned champion in an age of 22. That was due to his number of the undefeatable match performance. He rarely could have defeated in any chess tournament of the time. And another thing that increased the glory of his talent was that he defeated Jose Capablanca when he was 32 years old. The match is known to be the world’s long chess championship match ever. Defeating the Undefeatable Capablanca was the great thing any chess player can dream of. 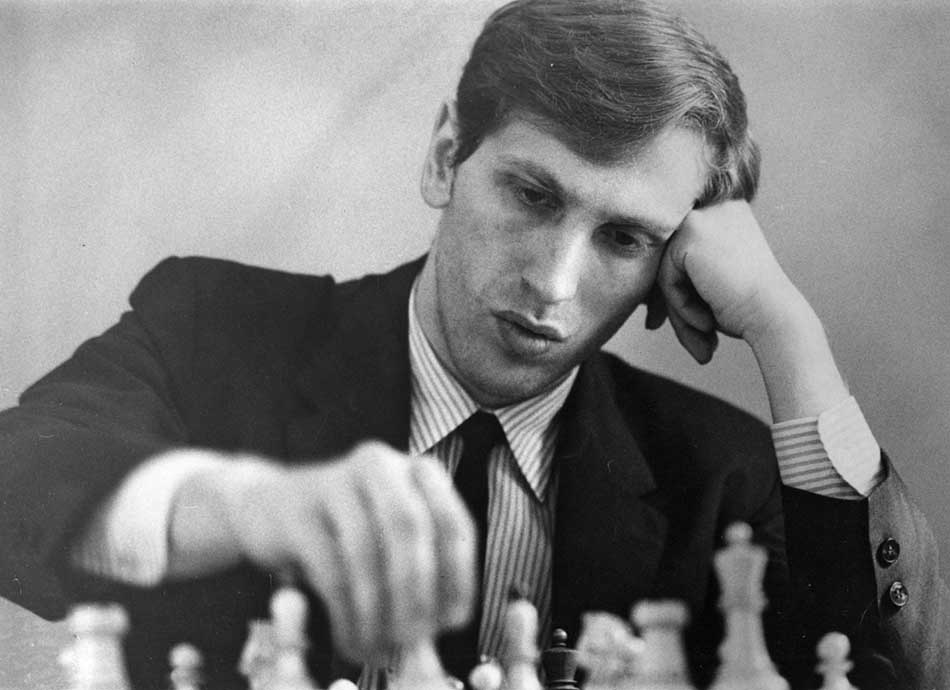 This man has a very strange biography, especially when we talk about his career. He was born in 1943, and when he was at an age of 14 in the year 1963, he became a champion of the champions. And in 1965, he became youngest Grandmaster and was nominated for World Championship in the same year. Due to some issues with International Chess Federation, he left the game. It was a good end to the career, though, in which he defeated his number one rival Spassky. But what came most damaging for this man was his match that he played in1992, many years after retirement. His Govt. accused him of the match. And after that, he never had good terms with his Govt. 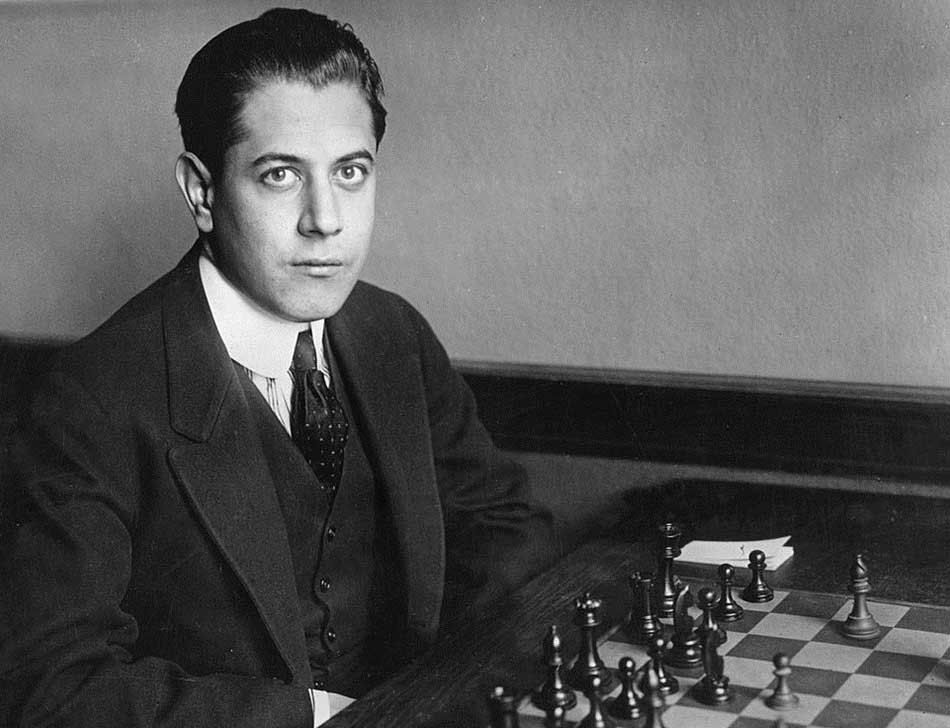 Talent may born in anywhere. And this ultimate talent of chess was born in a country known as Cuba. 1888 to 1943 was the span of his life, in which he won many championships. These championships were no doubt of world level. Jose Capablanca remained world champion from 1921 to 1926. But in 1927, he got defeat from Alekhine, and thus lost his title. After that, he could not regain the title and with the passage of time his game also went on slow peace. But even then he played many matches and tournament that proved Capablanca to be the world class player. 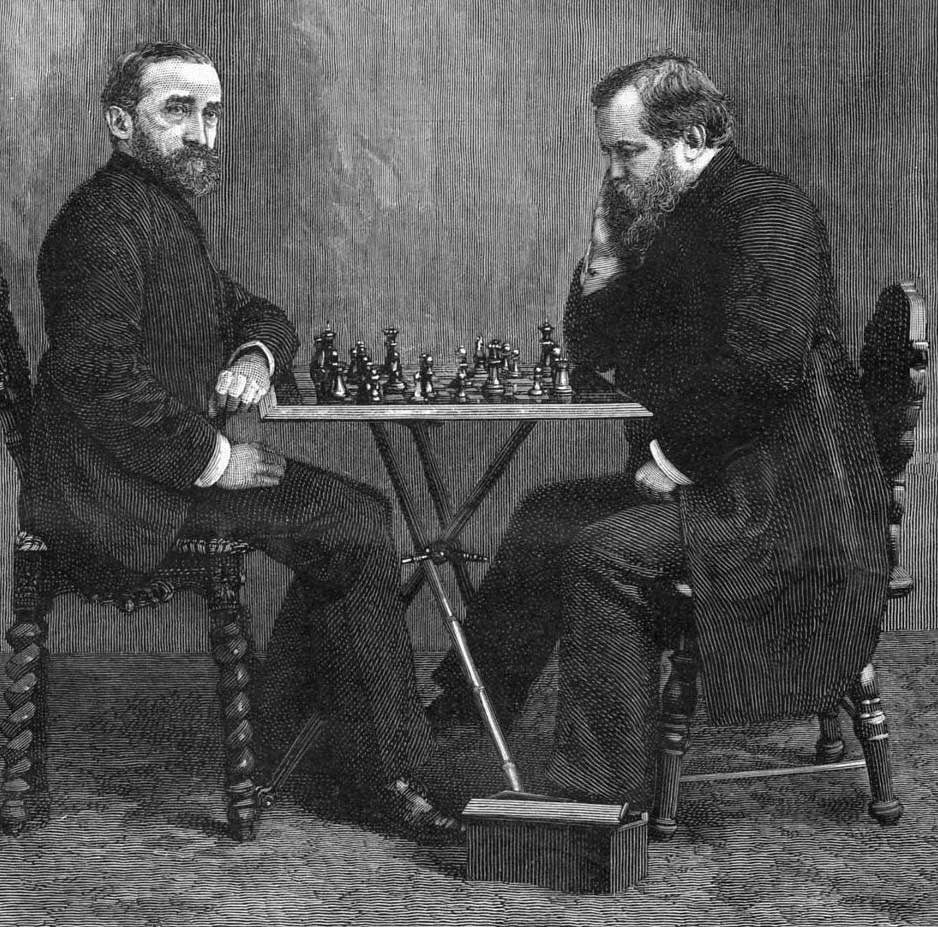 Wilhelm Steinitz is a player from those days when the game was not flourished a lot. He born in 1836 in Australia and from 1845 and onward he started to exaggerate his talent in chess with his continuous wins. He remained world champion from 1886-1894. But people regard him as Grandmaster from the year 1867. He introduced the world with some new tricks of the game. Australia was not the only home for that person; he had played throughout the Europe and the USA too, where he defeated his companions.  For this all he was given a title of ‘Austrian Murphy’. This great talent died in 1900. 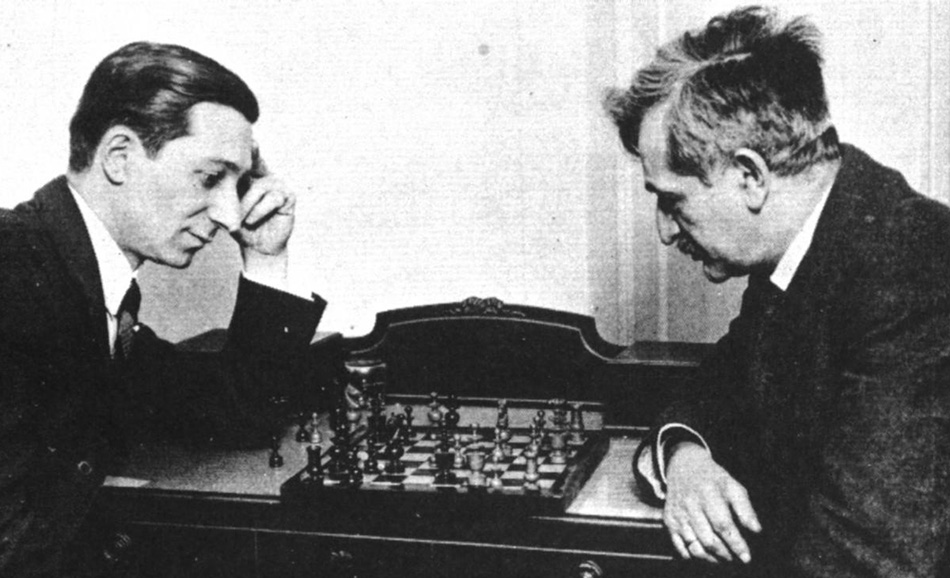 This man represents the class of talent that lies in Germany by securing the 3rd position on our list. Who remained the World Champion of Chess for most of the years? Emanuel Lasker is the answer, who kept the title of being world champion for 27 years. In 1894, he won the world championship defeating Steinitz. And after that, he kept the title with him till 1921. In 1921, he was defeating by Capablanca and lost the title. But hereafter, although he could be regained the title, had defeated Capablanca many times. 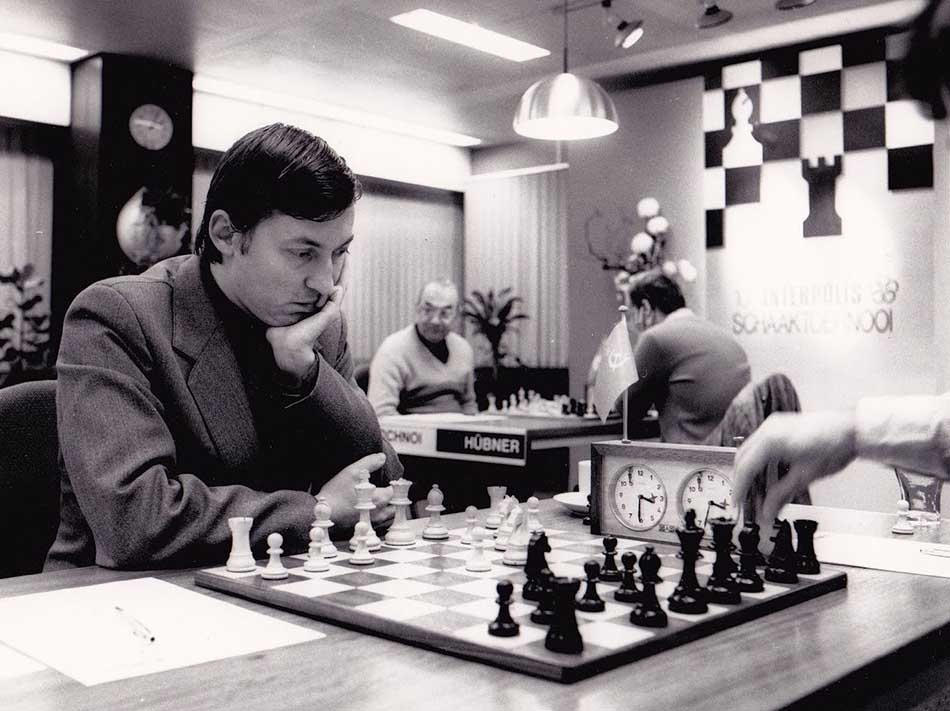 Here it comes the Players of a modern age when the game has been flourished a lot. And many new myths of the game have been revealed. He Born in Russia in 1951 and learned chess in the year 1955 when he was 4 years old. And since then he was a wonderful career in this field. He has been world champion for two times from 1975-1985 and 1993-1999.during his journey, he exposed the extraordinary earth for his talent of Chess.  He was Soviet Master F Chess in 1969. But, from where this man gave a boost up to his career was his match against Korchnoi and Spassky, that he won narrowly. Hereafter, he started the never ending journey of success, which is continued up till now. 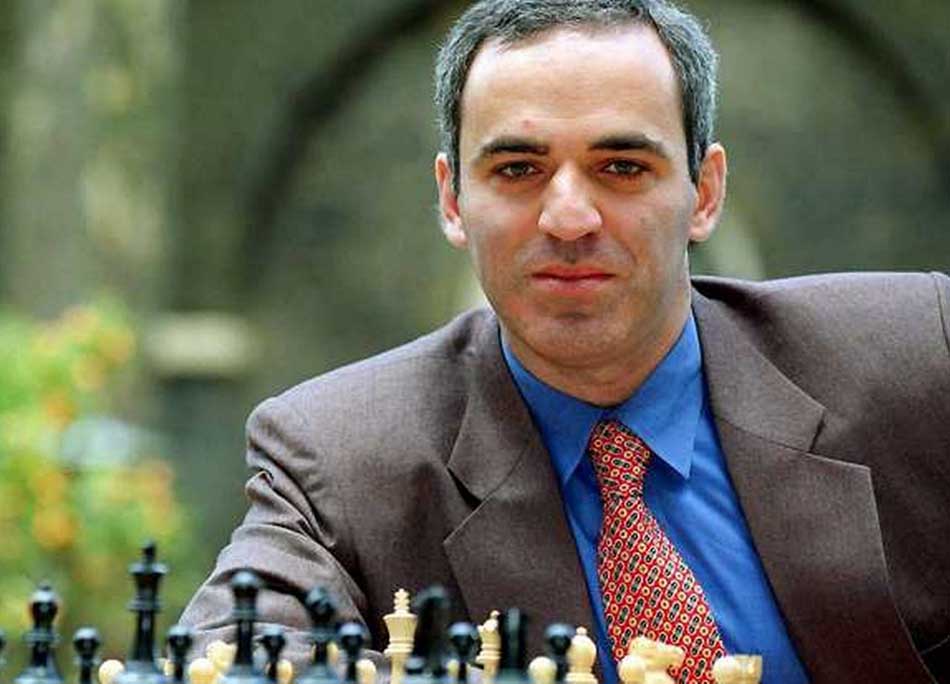 Russia won all other countries by producing top of the list best player of Chess that is Garry Kasparov. He born in 1963 and since then he is undefeated. He is youngest ever world champion who got the tittle in 1985. He remained the world champion till 1993 and lost it not by defeat but by a dispute this FISE. But, even then many people regard him as an unofficial world champion till 2000 when he was defeated by Kramnik. But even after that, we have secured his position of being number one by winning many other tournaments. But Chess is not the permanent career for this man. He is practicing politics in his country and is happy in that. 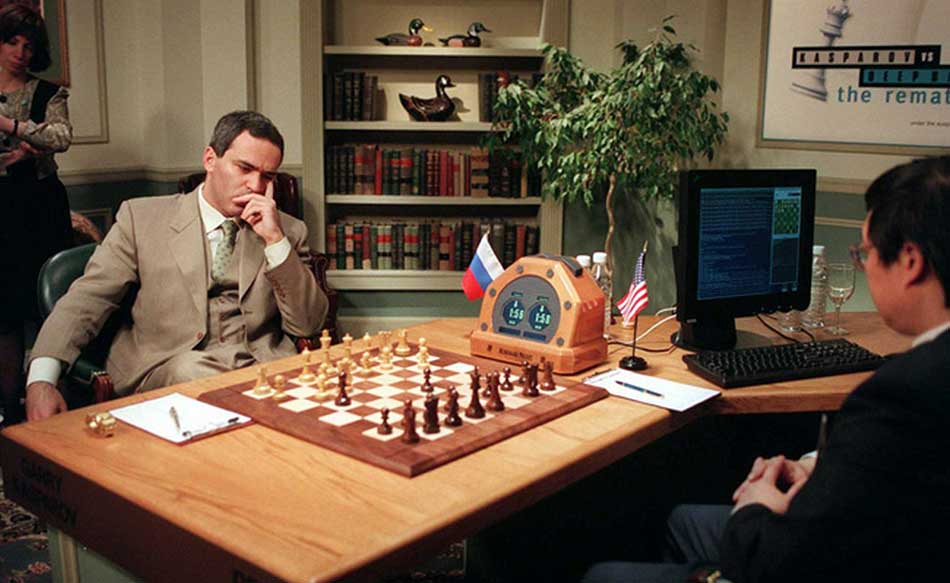 Agree or not, but we place this extraordinary machine, by IBM, to be the best player of chess all around the world. Why? It is just because, it has defeated the great Garry Kasparov. And this miracle win happened in 1996. Although Garry Kasparov asked for a rematch but, IBM, the father of this semi computer, refused for that and dismantled the computer. But here after, a computer has been widely used by most of the chess players for training purpose.

Whenever we hear the word ‘Game,’ something like grounds and teams come in mind. It is because most of the sports includes both physical exertion. Although those games are played from mind through the body. But if we talk about sports like chess, these are purely mental games and require classic mental aptitude to make your game best of the best.