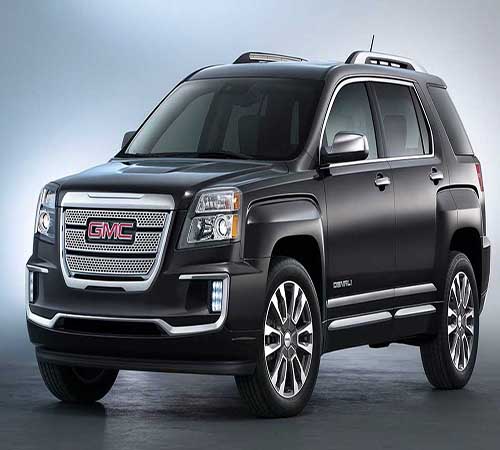 Cars are considered as a status symbol, and people spend their most of income to get unique cars. People who are fond of having latest cars are conscious buyers of cars. They look at the all features of the cars like their wheels quality, new technologies, etc. These days engineers are busy to introduce latest cars to the world. The performance of cars mostly depends on quality and technologies of its wheels and engine. Front wheel drive cars are driven by their front wheels. It is that type of technology in which engine of the car is just running the front wheels. So, it becomes easier for the drivers to handle the cars through its front wheels. This article has a list of the world most powerful front wheel drive cars. It does not mean these cars are the most expensive cars, but these are the best FWD cars in the world. Their technology has made these cars as the top rated Front wheel drive cars. Mostly car racers like these cars because these cars show high performance. 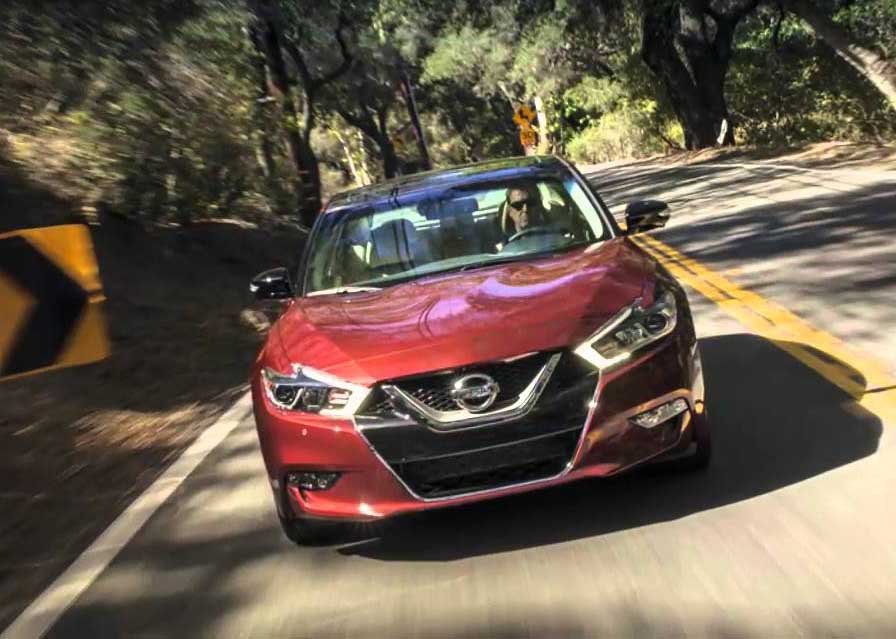 In 1987 after introducing four door sports cars Nissan is named as Maxima. It is not suitable to call an FWD car as a sports car, but this version of Nissan has 3.5 liter V6 engine that made it a sports car. In November 2015, at New York auto show Nissan Maxima was first to introduce to the world. It has 245/40R19 tires and includes a 19-inch unique wheel that adds up to its sportier features. It is a little bit quicker than BMW 328i and Audi A4 2.OT Quattro. So, Nissan Maxima is our 10th powerful front wheel drive car. 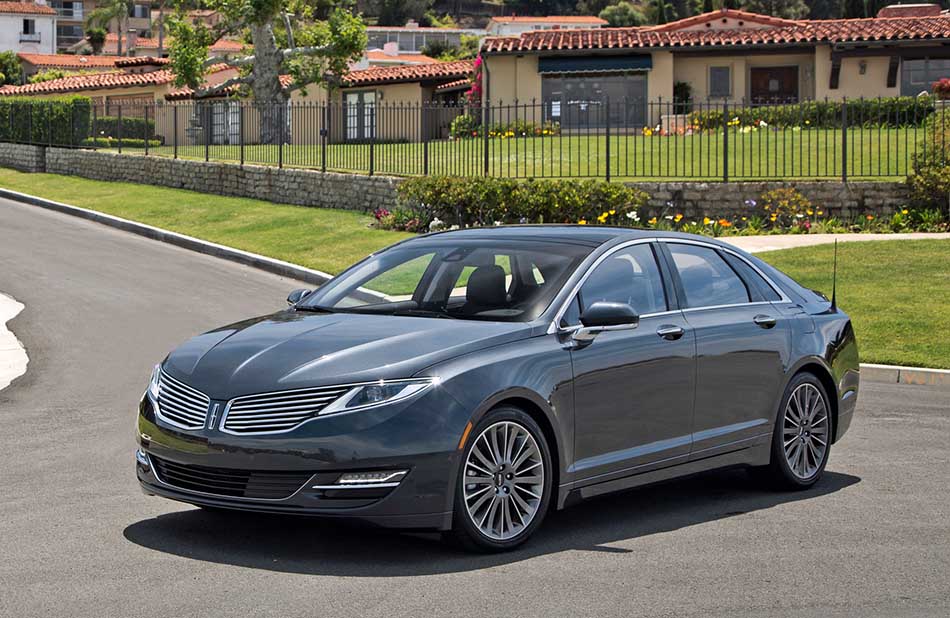 This one is copied from the Ford Fusion midsize FWD cars. It has a powerful engine of 3.7 liters with V6 technology. It is a quite powerful FWD car and has gas saver technology so; this fuel efficient car can save 22/33 mpg through its front wheel drives. It has an EcoBoost inline four feature to make it fuel efficient. This upscale Lincoln MKZ offers 18/37 mpg on highways / cities. 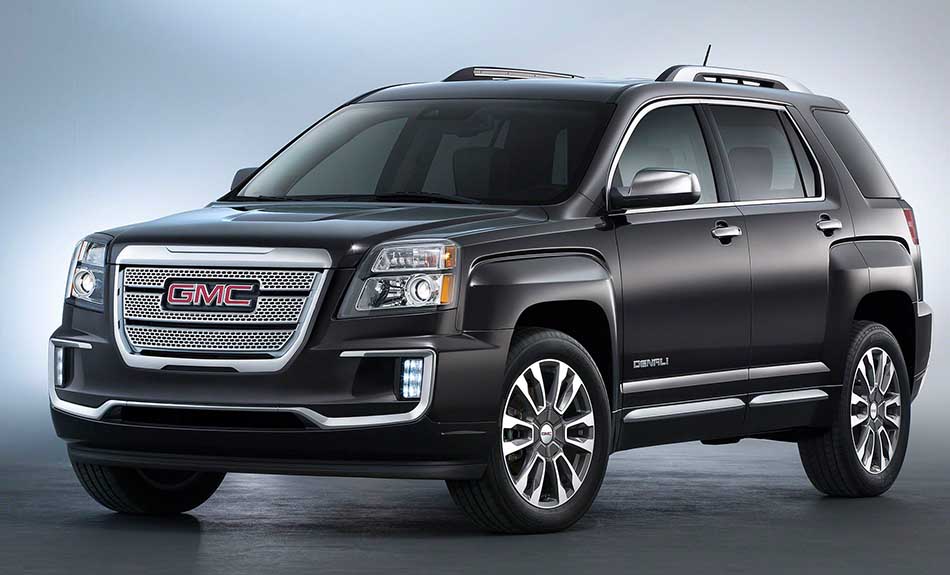 Chevrolet is introducing new updated cars every year. This Chevrolet Equinox has a 2.4 liter inline four engine that has 182 hp, but you can also avail its added 3.6 liter V-6 having 301 hp that has 272 lb-ft. This car could be driven with all wheels, and it’s optional to drive this car with front wheels. Chevrolet Equinox has same features as GMC Terrain both are powerful Front wheel drive vehicles. Chevrolet this 301 hp car is much better than its new rear wheels drive car Chevrolet Camaro’s using turbo engine. 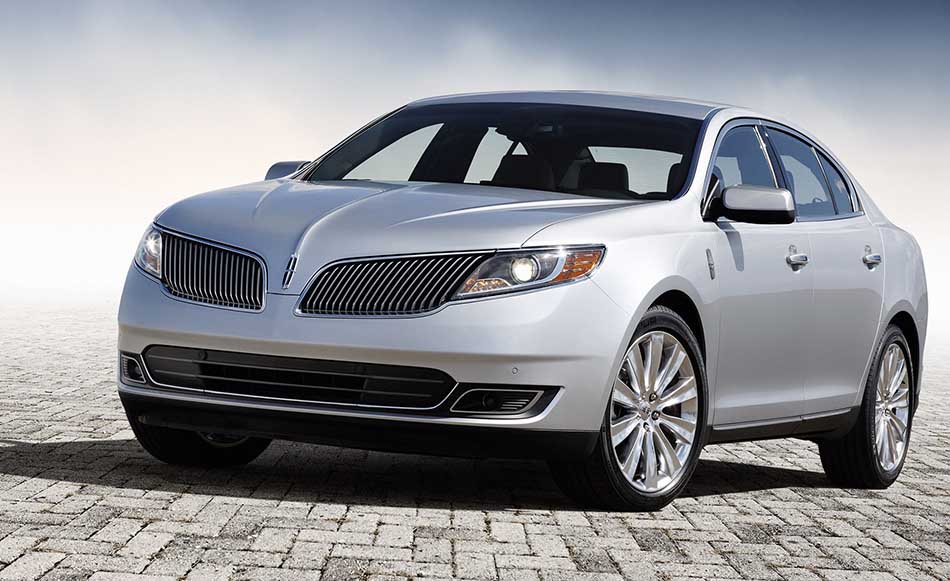 Lincoln these two models MKS and MKT are made by taking inspiration from Ford Taurus and Ford Flex. And it is said that Ford these two models will become disappear after some time. Lincoln MKS has a standard 3.7 liter V-7 with best FWD engine technology. You can also take benefit from its EcoBoost upgrade system. Its Ecoboost system can use all of its wheels. By using All Wheel Drive, you will be able to use 3.5 liter Twin Turbo V-6. This twin turbo has a capacity of 365 hp and 350 lb-ft. 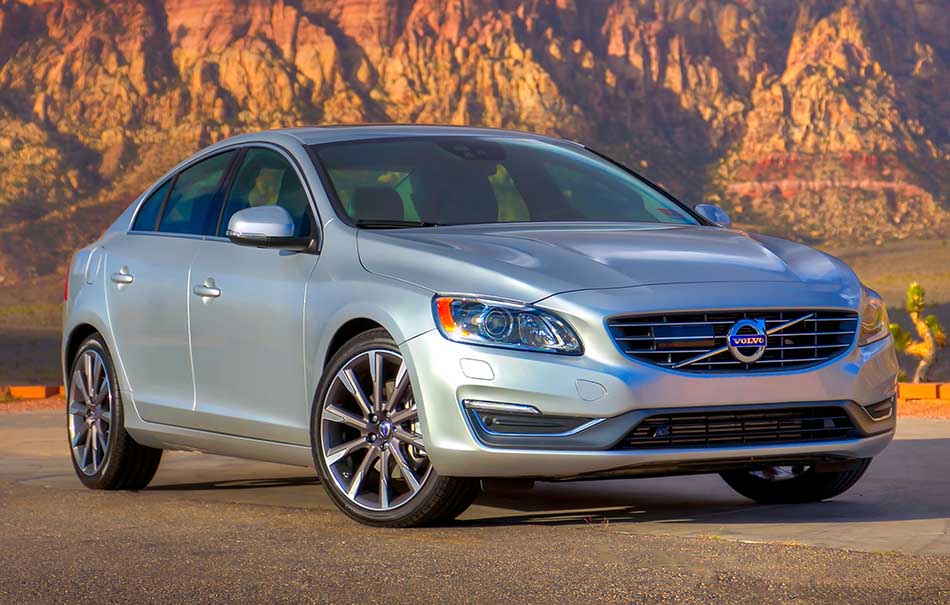 These Volvo cars are four cylinder vehicles. These are the only vehicles having four cylinders among powerful front wheel drive cars. These Volvo S60 Sedan and Volvo XC60 crossover have unusual and unique T6 Drive –E power terrain technology. These turbocharged and supercharged cars have 2.0 liter four cylinders. Volvo S60 and Volvo XC60 are also fuel efficient vehicles because of their supercharged and turbocharged features. On highways Volvo S60 got 35 mpg rates and these rates are higher than other powerful top rated FWD cars. 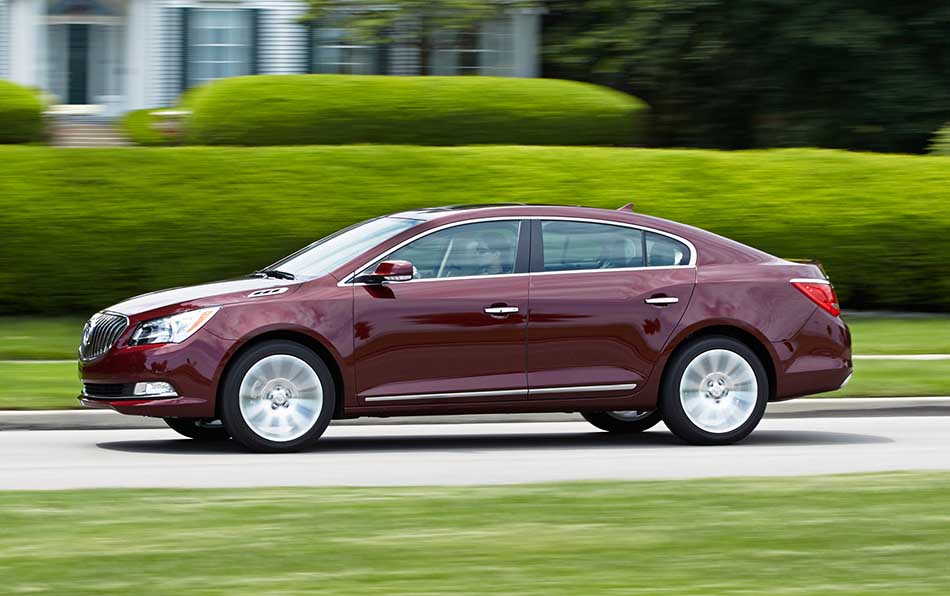 General Motors has given the world with many luxurious, large and top quality Front Wheel Drive cars. Chevrolet Impala and Cadillac have same features and their engine is having 3.6 liter V-6 engine. Another FWD car Buick Lacrosse is also sharing the same features with Chevrolet Impala and Cadillac XTS. Chevrolet is the lowest priced car among these three cars and Cadillac is a luxurious car. Cadillac is large and beautifully manufactured car. These days American car manufacturers are imitating Japanese car manufacturers so this luxurious car company has left making more Front Wheel Drive vehicles now it’s all vehicles are having Rear Wheel Drives. 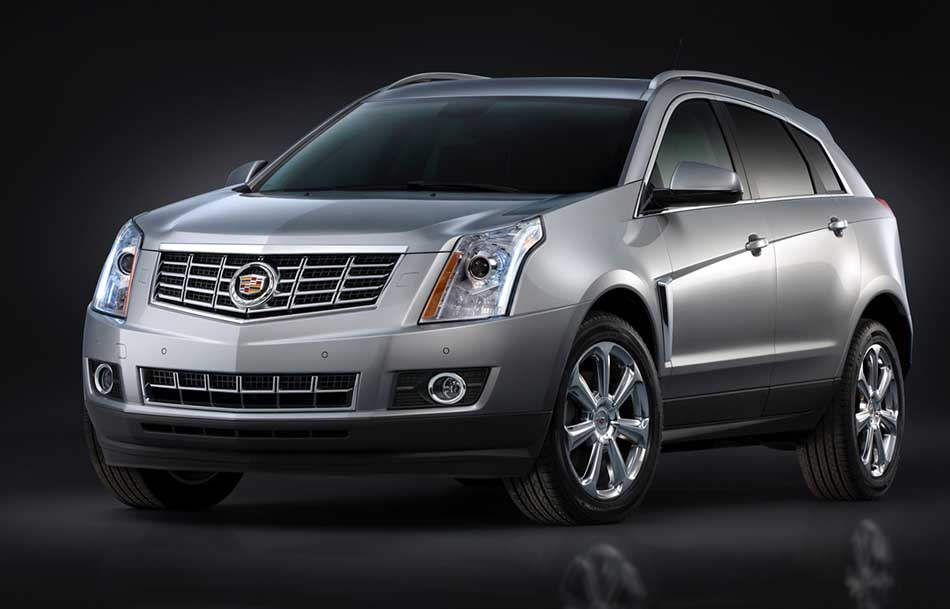 Cadillac is an old seller of FWD vehicles but a strong one seller. This new Cadillac SRX was introduced in 2015 and can be compared with General Motor’s 3.6 liter V-6 engine cars. This SRX has 308 hp and 265 lb-ft features. It can be used as All Wheel Drive during milder climates. It is a luxurious car and now Cadillac is going to left this SRX car series. New car series with the name XT5 is also introduced in 2015. These XT5 version cars are more updated and latest than the previous series of Cadillac. 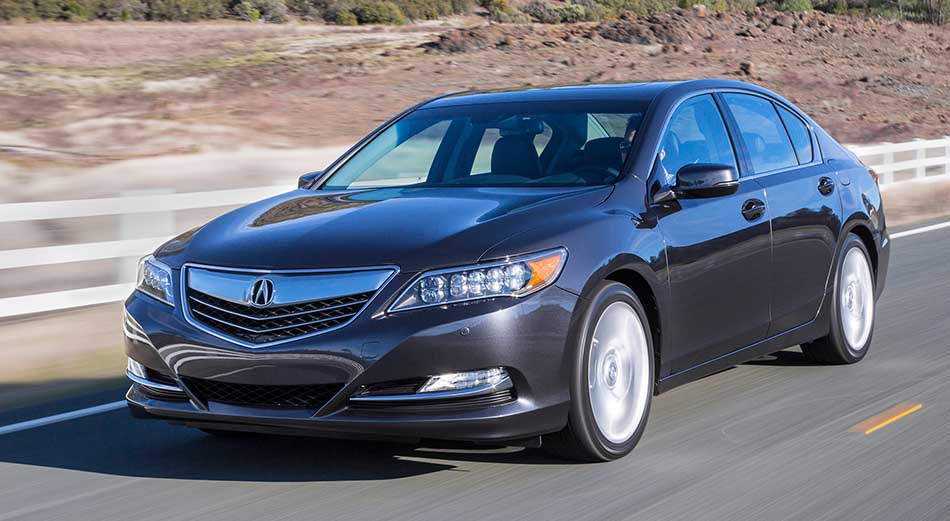 Acura is recently introduced Front Wheel Drive car. Acura is a top rated luxurious FWD car. It can be compared with other luxurious cars like Mercedes, BMW and Audi, etc. This Acura RLX can use a 3.5-liter V-6 engine, and its front wheel can work with the capacity of 310 hp and 272 lb-ft. This feature has made this the supercar among it’s all other RLX and NSX series. But still most of the luxury buyers are not satisfied with its luxurious features, so it is a slow selling car but as for its FWD power, it is the 3rd most powerful front wheel drive car in the world. 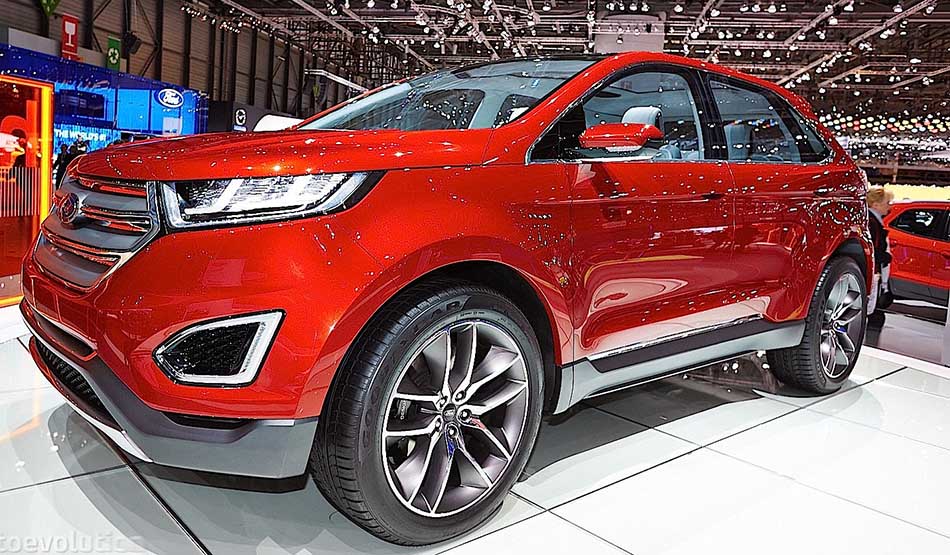 Ford is a great name among car manufacturers, and it’s a famous luxurious brand of cars. This one is a sports car and has a 2.7-liter turbo twin V-6 engine. This one is more powerful than the Fords other versions of Mustang that is attracting everyone these days. Ford mustangs are new four-cylinder EcoBoost rear wheel cars. 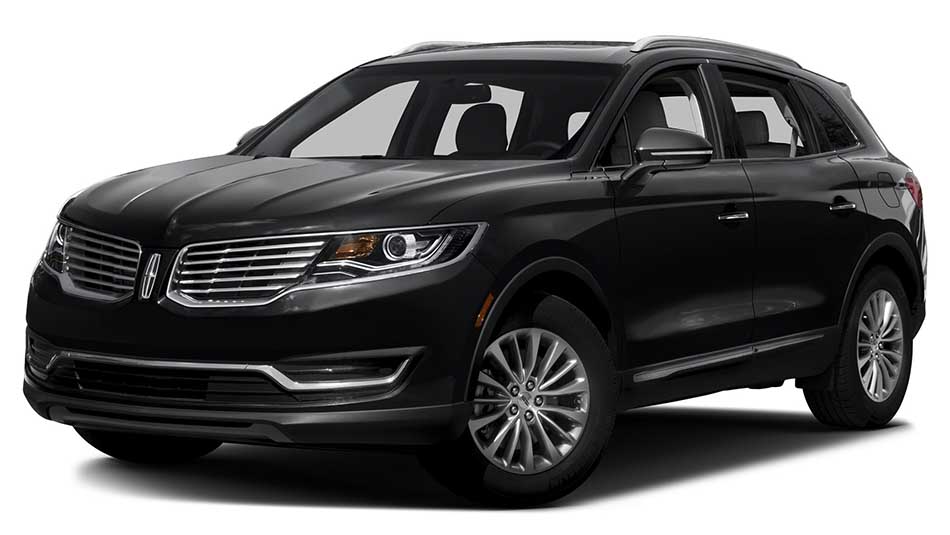 This Lincoln MKX’s first look is shown in Detroit auto show. It is the most powerful Front Wheel Drive car ever made. It has twin-turbo 2.7-liter engine with V-6 technology. It also has an EcoBoost feature that is energy efficient. It has more advanced features than Ford and has more hp and lb-ft than Ford Edge car.