Airlines are very important for every country as people living there can travel through them easily all around the world. These own airlines of countries make their economy strong and stable. Europe is very beautiful and developed which provides all the luxurious facilities to the people living there. Everyone knows that every airline has a business class that is very luxurious, and passengers are provided with ultimate luxury to the passengers of business class because it is very expensive to afford. There are many airlines in Europe among which some of them are easily affordable while some are expensive which provides many luxuries to the people in high charges. Every airline is following some specific routes of the world while some small airline companies are only operating within Europe, not in the whole world. The quality services provided to the passengers by this airline make them well reputed and popular in the whole world. The special airline awards were introduced in the world in 1999 which were given to different airlines by the services provided to their passengers and were their customers satisfied from them. 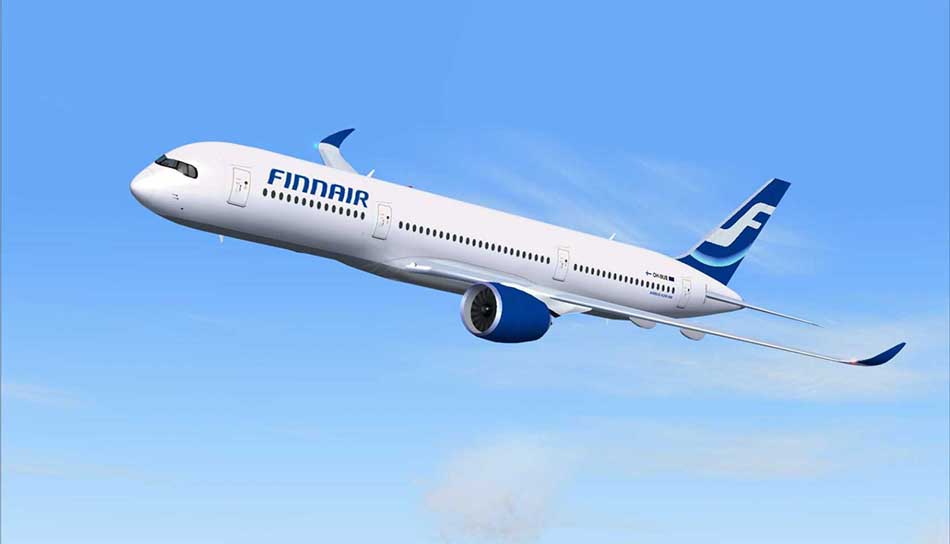 Finnair airlines are the air service that belongs to Finland, and the major shareholder of this airline is the government of Finland. It is very famous among the people and not only travels within Europe but other countries as well. It was estimated that almost 9.2 million passengers travel through this air service to different 60 European places in 2013. It is also ranked as the 5th oldest airline in the world. It is not only the oldest one but also safest airway because of the safe flights to desired destinations. It has been ranked in the 37th position in the overall ranking of air services in the world. 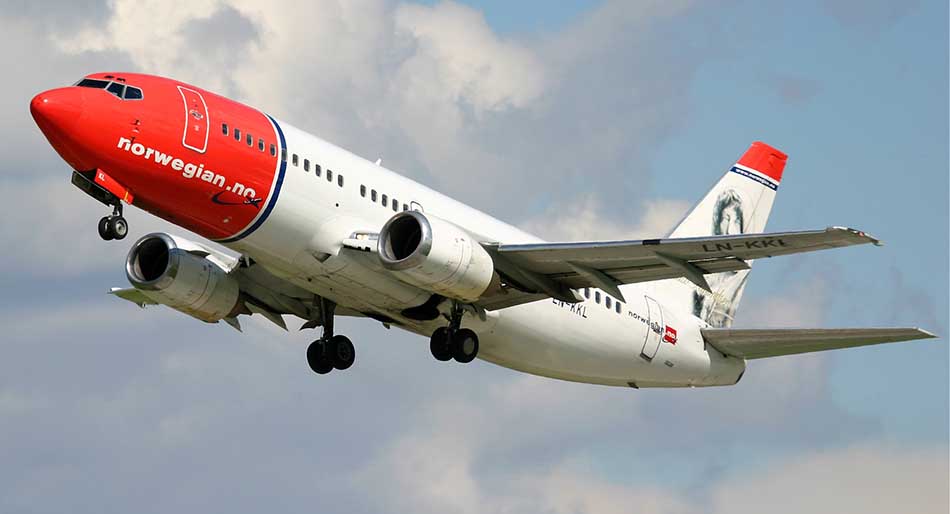 Norwegian airline is very famous in the whole Europe because of its affordable charges and is ranked as the 3rd biggest low-cost airline in the whole Europe. It started to operate its functions in 1993. It is also named as the 9th largest airline in Europe according to the number of passengers that travel through it. The whole airline consists of 100 latest planes with the red lining on the front. In overall ranking of airlines of the world, it is placed in the number 38th position because of its services to the passengers. 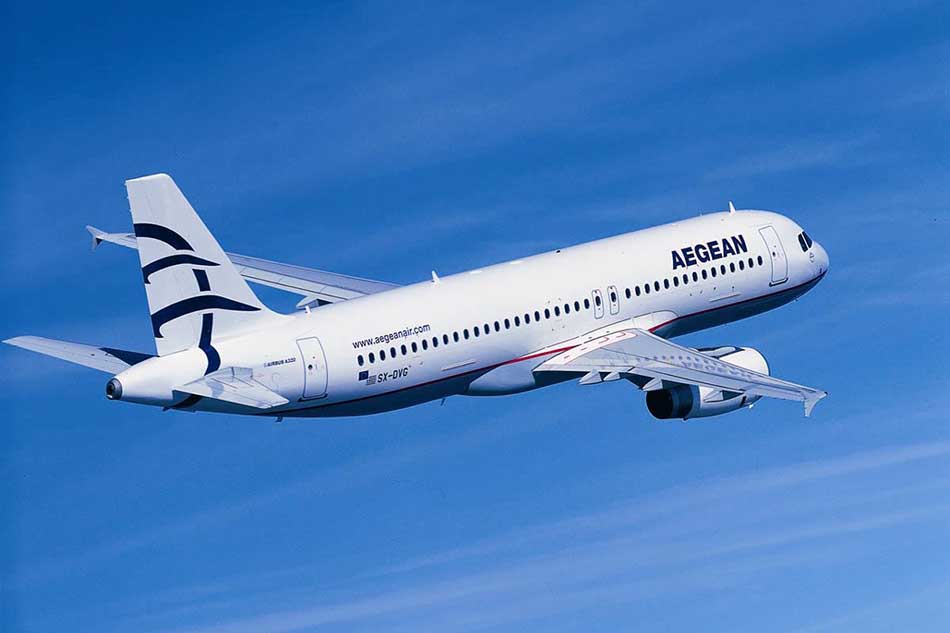 Aegean Airline is the largest airline according to its number of passengers and the routes they serve as well. It was introduced in the world in 1987 but started its operations in 1999. It serves almost all destinations in Europe and uses the main airport of Athens as its hub. It has recently started flights routes to different European islands that were in high demand by the people. It is ranked in the 30th position in the overall ranking of the airlines of the world. 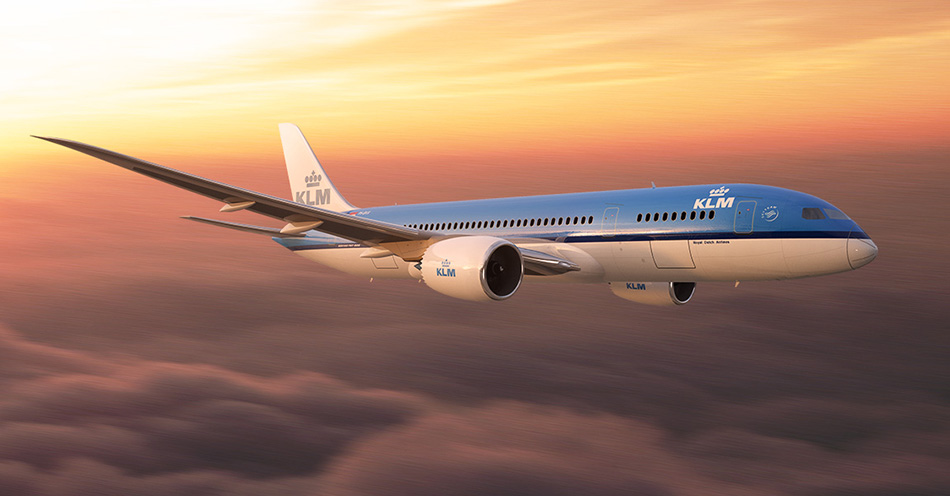 KLM airline is the airline of Netherland. It started its operations in 1919 and were named as the oldest airline in the world. It is currently serving almost 130 different destinations all over the world regarding cargo and passengers. It is the very luxurious airline and provides all types of classes in planes that include business class, economy class. It was also given the title of the safest airline in the world. This airline is placed on 32rd position in the overall ranking of all airlines operating in the world. 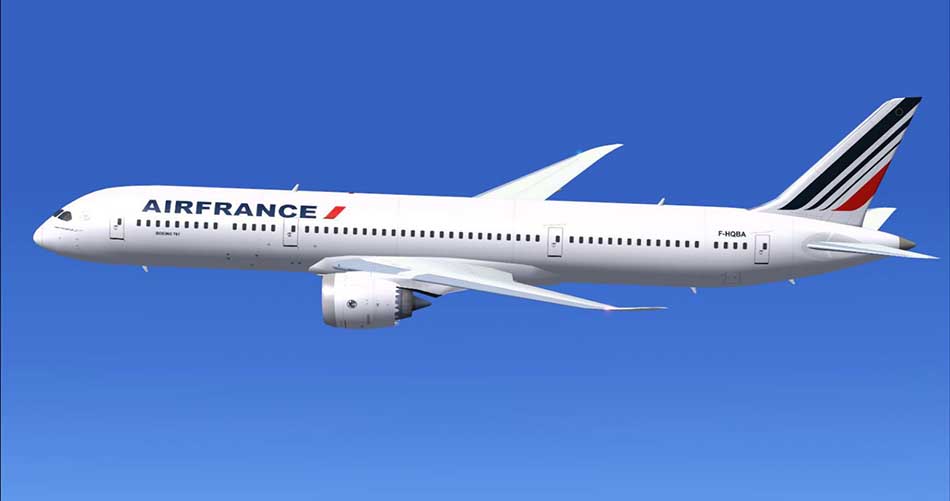 Air France is a French airline that is operating in the whole world and covers almost 36 different destinations of France. It is a very old airway that started its operations in 1933. It is placed in the 25th position in the overall ranking of the airways of the world. It was also estimated that it is quite a large air service because of the revenue earned by this airway. Recently it was estimated that it carried almost 43.3 million passengers in a single year. 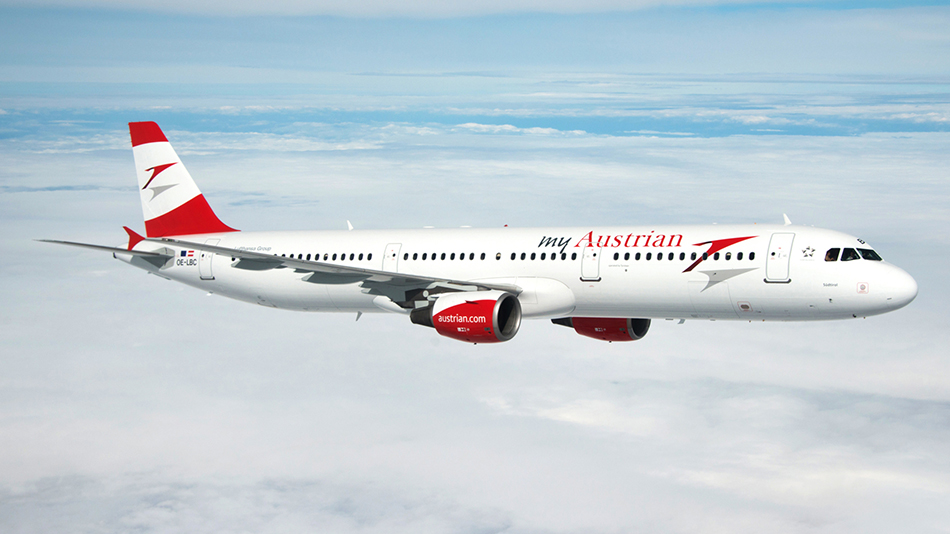 Austrian Airways is the airline that has its planes in two colors of white and red. It started its working in this field in 1960 and is well-reputed airline of the world now. It is famous for providing the best services to the people of Europe and has also won an award by Skytrax because of the excellent services provided to their passengers. Their planes are latest, and the business class of this airline is super luxurious equipped with all high tech products. It has been ranked in the 21st position in the ranking of all airlines operating in the world. 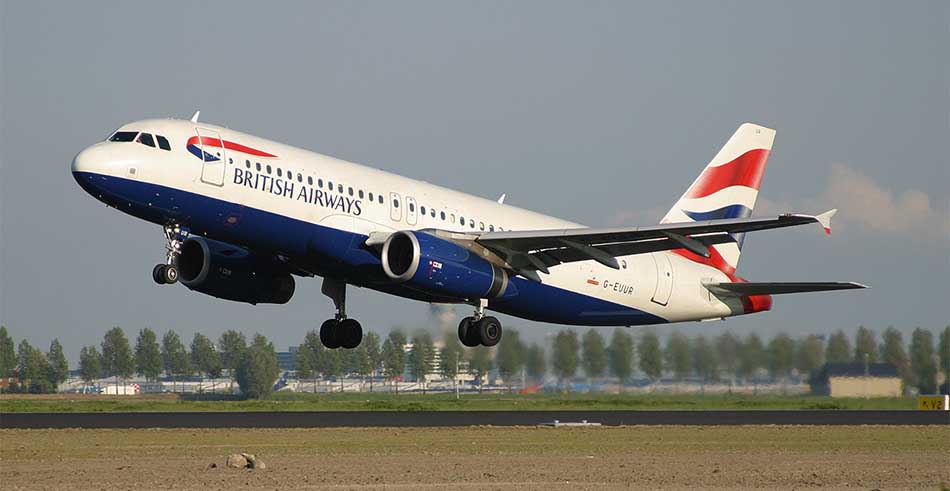 British Airways is the airline that has faced many ups and downs in its whole operating period. It is expensive little airline then all some other airlines operating in Europe. It offers largest comfortable flat beds to the people in the first class section, large LED for entertainment and latest buses for transferring their passengers to different destinations. It has been ranked in the 17th position in the overall ranking of airlines of the world. 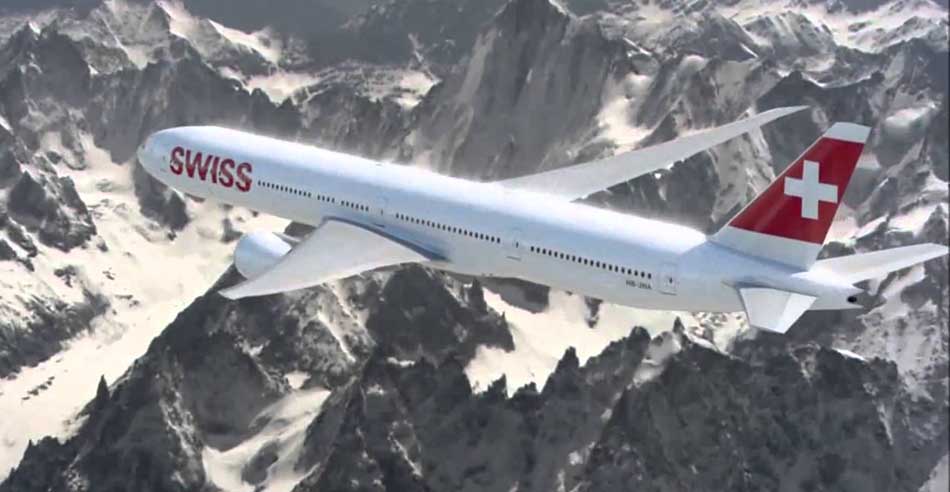 Swiss International Airlines are very best and luxurious airline operating in Europe and providing many luxuries to their passengers like toiletries, air miles, pajamas, luxurious lounges, hotel stays and buses facilities as well. It covers a large number of destinations in the world and has the best connections with the resorts operating in Europe where passengers wanted to stay during their trip. It has been ranked in 13th position in the overall ranking of airlines available for the people around the globe. 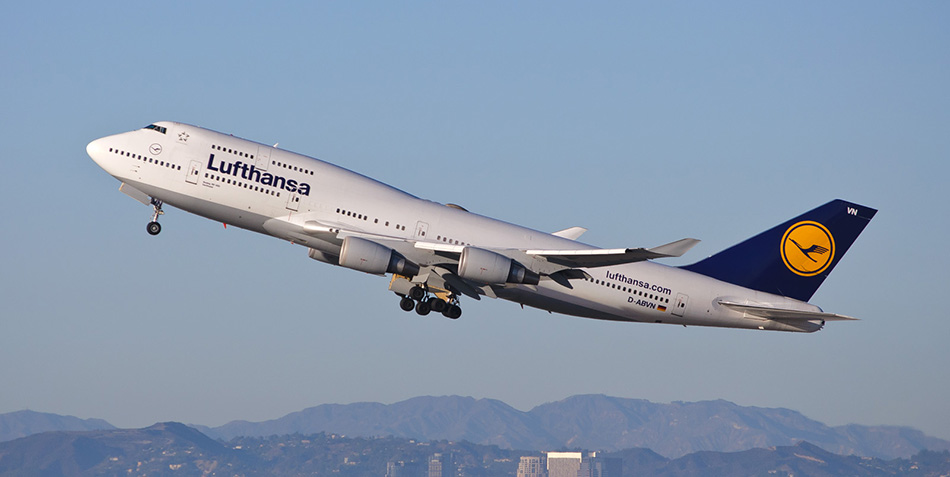 Lufthansa is considered as the largest airline operating in the whole continent and is ranked as the best in the world. It provides finest facilities to its passengers with the best quality that is the main reason for its popularity. It has also grabbed an award of Five Star by Skytrax for the services provided to passengers and the quality of food. The ranking Lufthansa has obtained in the overall ranking of all airlines is a 10th position that shows the performance of this airline. 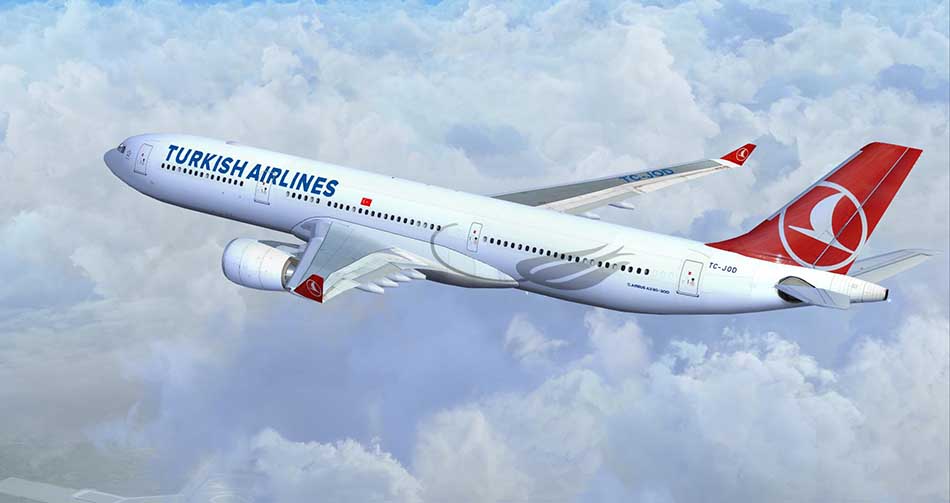 Turkish Airlines is considered as the cheapest airline for the people of Europe and is connected to all major airports located in Europe. It covers almost all famous routes of the world and provides the best services to the passengers in return for their money. It was also included in the ranking by Skytrax because of the exceptional services. It has been ranked in the 5th position in the overall ranking of airlines operating in the world.