Roads are the most common infrastructure facility in almost all countries around the globe. Mostly people in different countries travels through roads rather than other ways of traveling which can be by air, railway and sea, etc. The traffic is increasing day by day on the roads that are becoming the major reasons for different accidents and some other problems for the people as it also wastes a lot of time of the people stuck in the traffic. The death rate in road accidents is increasing highly, and the people living safe from them are very lucky. It is estimated that almost 1.3 million die because of traffic accidents in each year. It is claimed by many of the experts that these accidents can be minimized with the proper and better driving. The government of every country must make a driving test compulsory to get the driving license that can be a safe way.  Some of the roads in the world are very dangerous because of their locations on which driving is very risky and need a lot of practice that are named as the most dangerous roads of the world.
The following are top 10 dangerous roads around the globe: 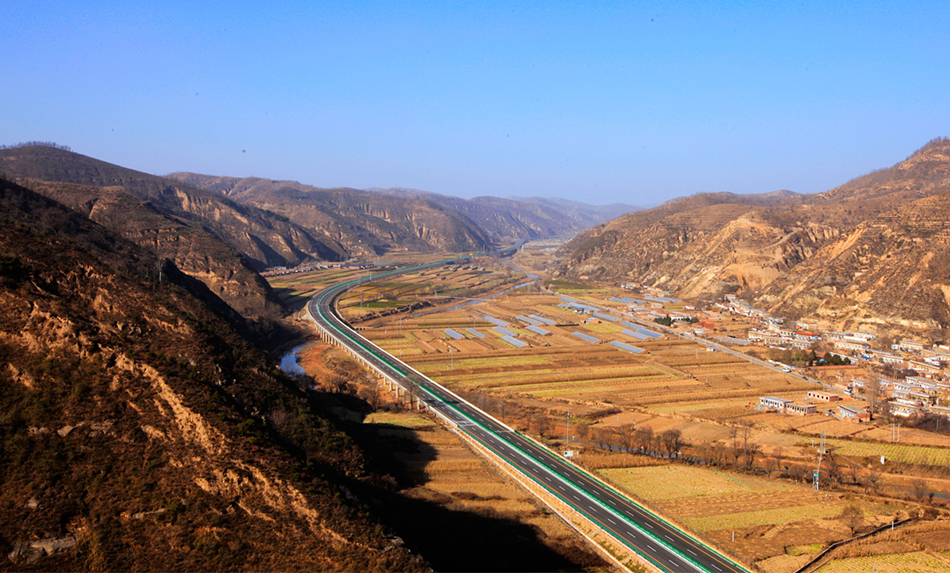 The famous Sichuan-Tibet highway is the connecting roadway between Tibet and Chengdu. It is very common road which has a large number of problems like rock avalanches and landslides are very dangerous for the people traveling through it. It is estimated that almost 7,500 deaths occurred on this highway and also said that 100,000 drivers of different cars are feared from driving a car on this highway. The weather conditions and rock slides are the main causes of accidents on this road for which drivers need to be attentive and drive with caution. 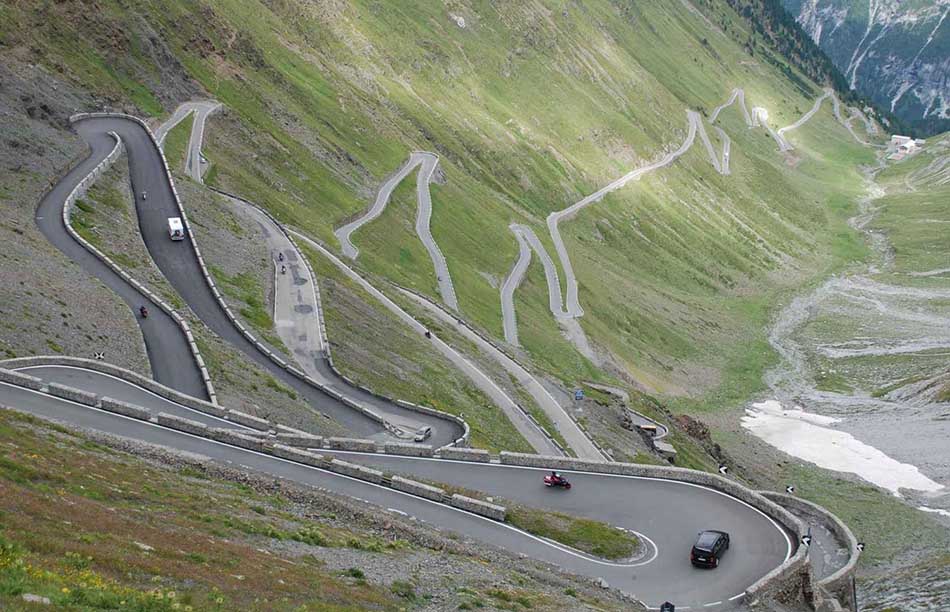 The Stelvio Pass is situated in Italy and has the total length of 9045 feet which is also considered as the highest paved mountain pass. Some of the roads in the world look more dangerous due to their pictures than what they are. It is the highway that climbs in an upward direction for 2 kilometers and then Steep Mountain begins which is more dangerous. On this road, speedy drivers face the most of the accidents as it has 180 degrees corners that can create disasters to the people traveling through it. 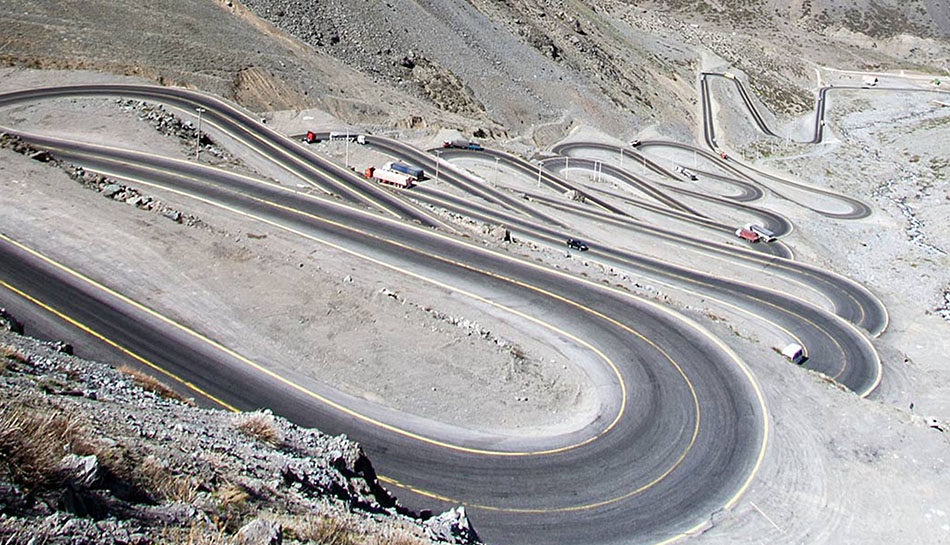 Los Caracoles is the mountain road that is located between Argentina and Chile which is very adventurous. It has many steep slopes and dangerous turns which have no fence to maintain the security of the people. At this place, most of the time there is snowfall that becomes more dangerous and drivers need to drive with patience to avoid some dangerous situations on the highway. The maintenance of the highway is done properly to avoid some severe accidents, but it is not working yet. Most of the heavy traffic like tourists’ buses and double-deckers travel this roadway on a daily basis. 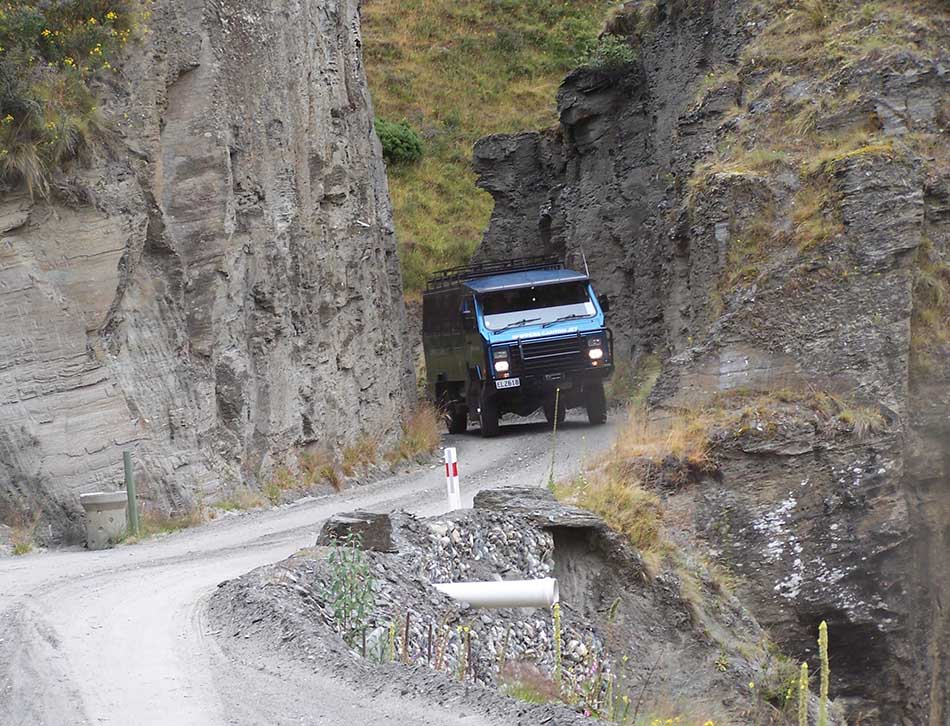 New Zealand is a very beautiful country that is full of natural beauty. This Skippers Canyon highway is located in New Zealand which is very scary and has many narrow cuts on which it is very difficult to drive. This highway needs a permit to travel on it because it is very dangerous and needs much practice to drive there. It is a big challenge to drive on this slippery road and has a big chance to get into someone coming from the other direction. But the view is very appealing and a treat for the eyes. 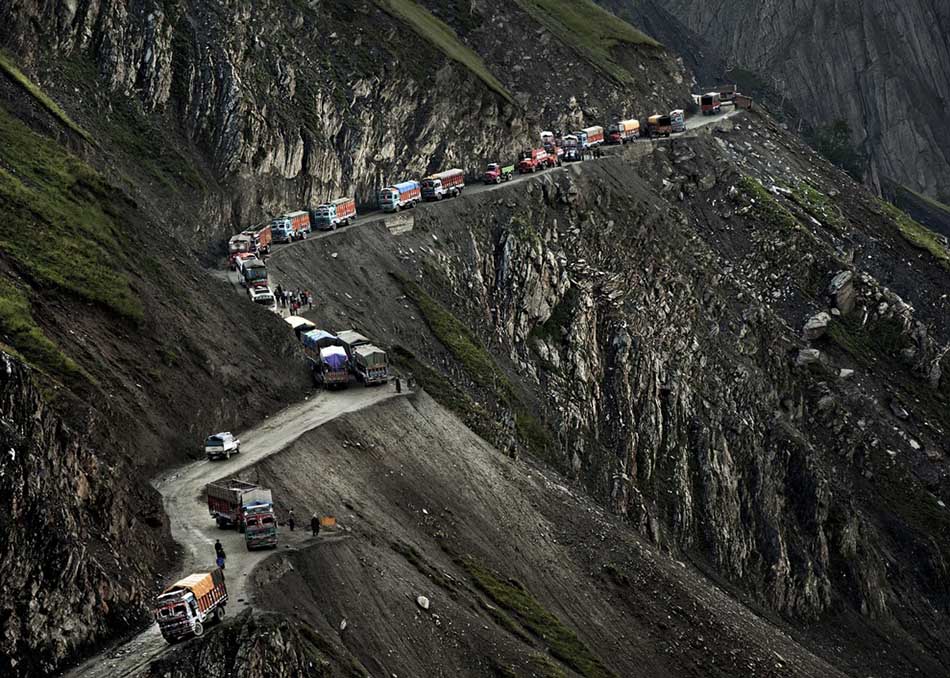 Zoji Pass is beautiful pass that is located in India and connects the national highway of Leh and Srinagar. It also provides a good link to Kashmir and Ladakh. It has the total length of 3,528 meters and is the 2nd highest pass. It is severely dangerous in winters, so it is always closed at that time. But is the main source for connecting the population of Ladakh with the whole world. The location is full of natural beauty that attracts most of the people there. 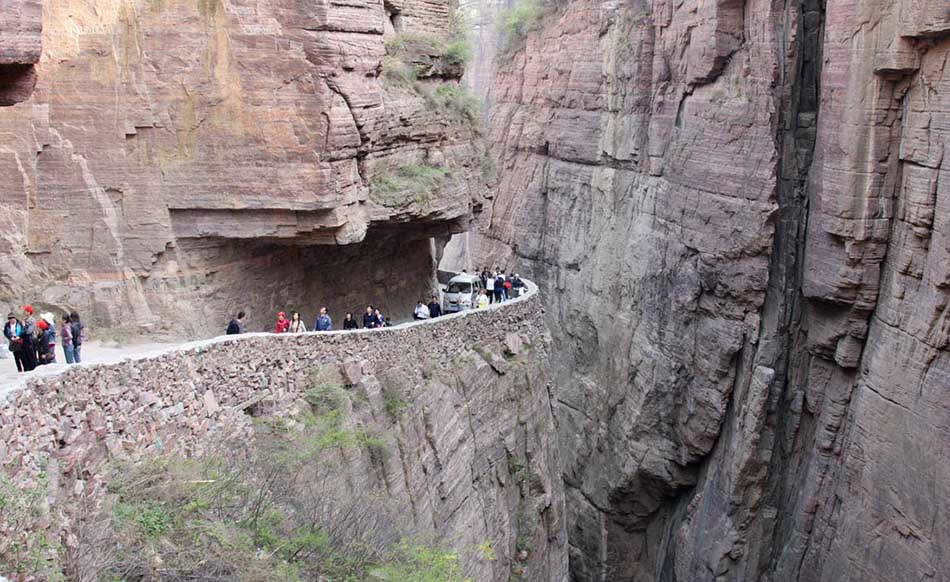 Guoliang Tunnel road is very different kind of road that is made along the side of a mountain. It is located in China. It is very difficult to see in real as the pictures look very dangerous and most of the villagers there use this road. Before its construction, most of the people living in villages were cut off from the whole world and were restricted to their place only. There is not much traffic on this road because due to its location it is included in the dangerous road.

Karakoram highway located in Pakistan is commonly known as the Friendship Highway by the governments who were involved in its construction. It is also considered as the highest paved international road in the whole world. It was made to connect Pakistan and China through Khunjerab Pass. It is very dangerous because of the floods and landslides that make it more dangerous. It is a big attraction for the tourists in the whole Pakistan. 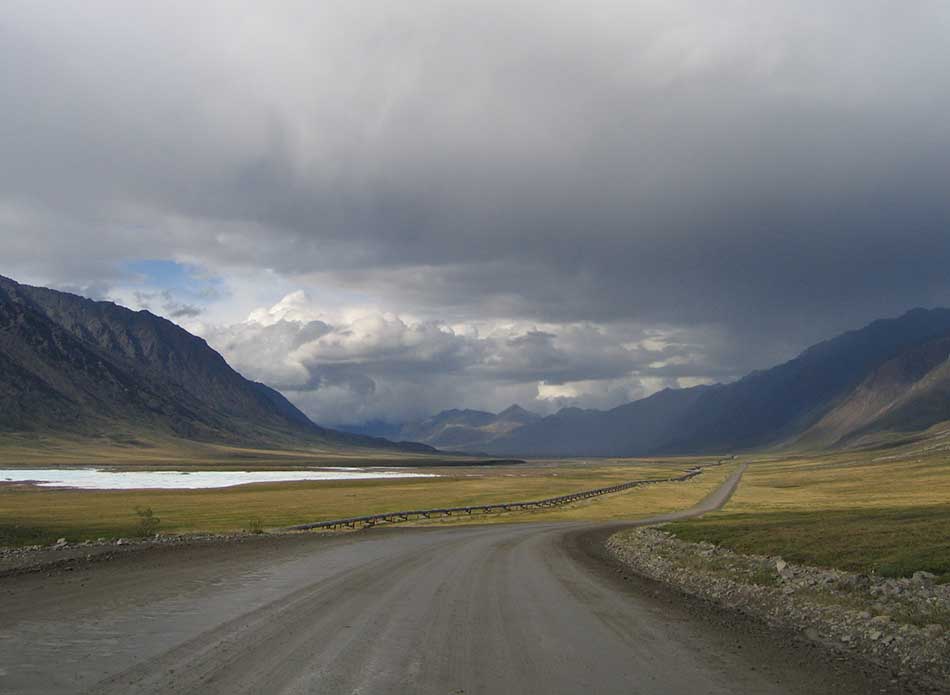 James Dalton Highway is located in Alaska, which has the total length of 667 Kilometers. It starts from the Elliott Highway and ends near the Arctic Ocean. The location of this highway is extremely beautiful which is filled with the Potholes and fast winds that make it dangerous to drive in it. As it is fully surrounded by the Ocean, so its beauty is very appealing and eye-catching for the whole world. 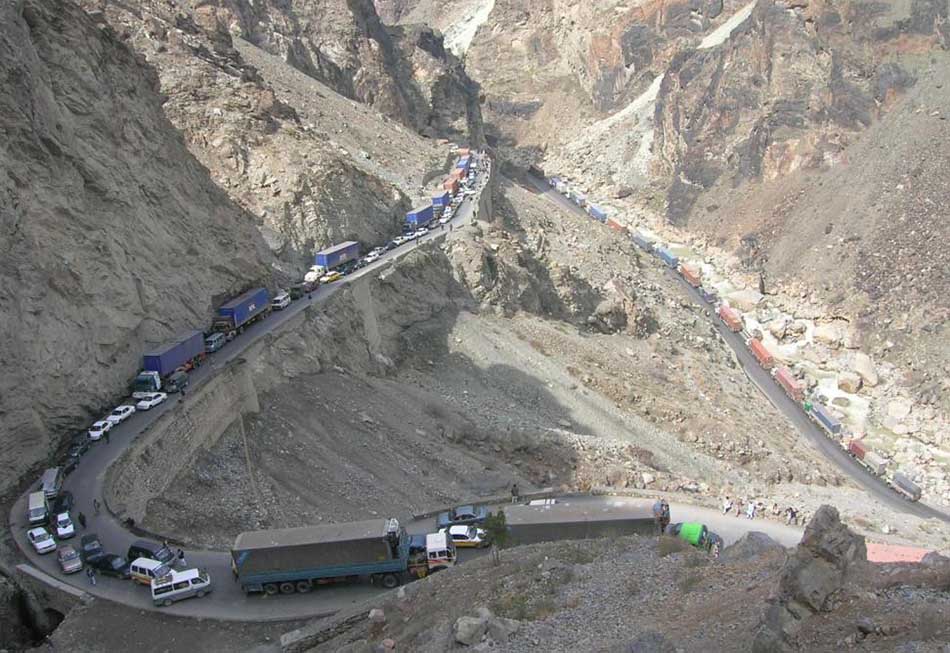 Jalalabad Road is the famous highway which connects Jalalabad to Kabul and covers the whole area of Taliban as well which is very dangerous to travel from there. These Taliban`s have made the traveling through this road more difficult. It has many narrow lanes in where most of the Afghan drivers and most of the traffic on this road are the trucks that are very heavy and carry large burdens in them. 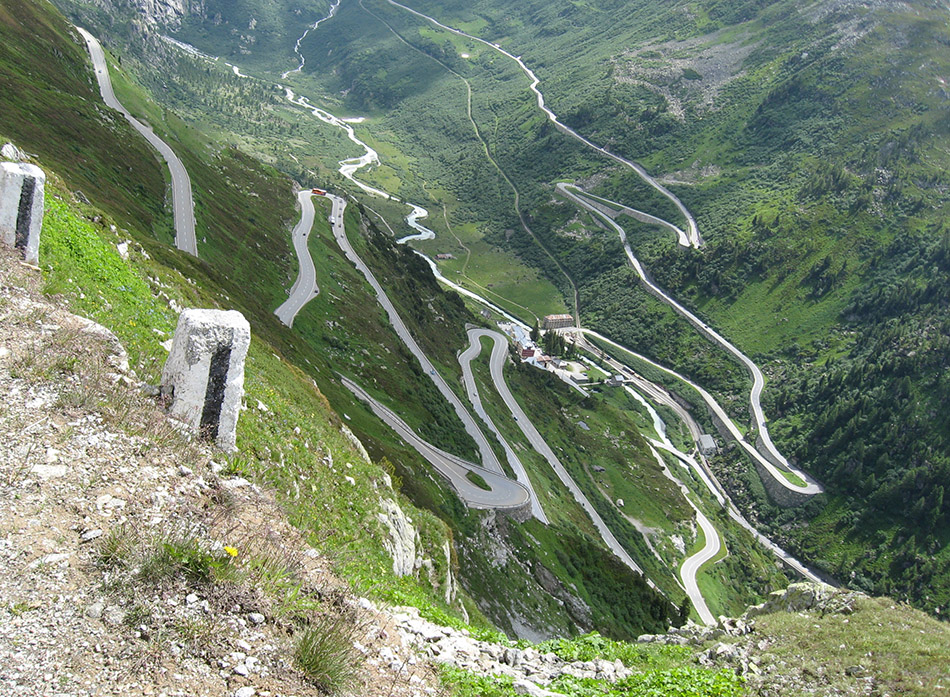 North Yungas road is commonly called as the Road of Death which is located in Bolivia. It is an extremely dangerous road that was also named as the most dangerous road by an American organization. It is estimated that 300 travelers are killed on this road every year. On this road, the spots are made on which different vehicles have fallen, and people died because of them. It is the busiest highway for the trucks and buses and becomes difficult to pass by each other.

The above ranking of the top 10 most dangerous roads in the world is given according to the danger factor and the location of these places. Roads are the most common way of traveling in the world and most of the accidents occur on them which become the main reason for the death of many people. But it is the fact that all these places are extremely beautiful and are full of natural beauty.