Animals are also an important part of the world and exist almost at every place. Animals are very intelligent and can perform different tasks. This world is full of latest technology which is continuously bringing changes in the society, and people are adopting them quickly. Change is the process which is very important and cannot be avoided as it takes the society towards the ladder of success and progress as well. With the invention of latest gadgets, man has discovered the expensive cameras for clicking pictures and make those memories memorable for the whole life. The camera is now considered as an old thing, but front camera is the new trend in the society from which people can take their pictures from the front side, and those pictures are called Selfies. Not only human beings this article will prove that animals are also practicing this which has gained much attention from the people and in new as well. It was impossible to take selfies of animals on their own, but these pictures will prove it true.
The following are 10 top rated animals’ selfies in the whole world: 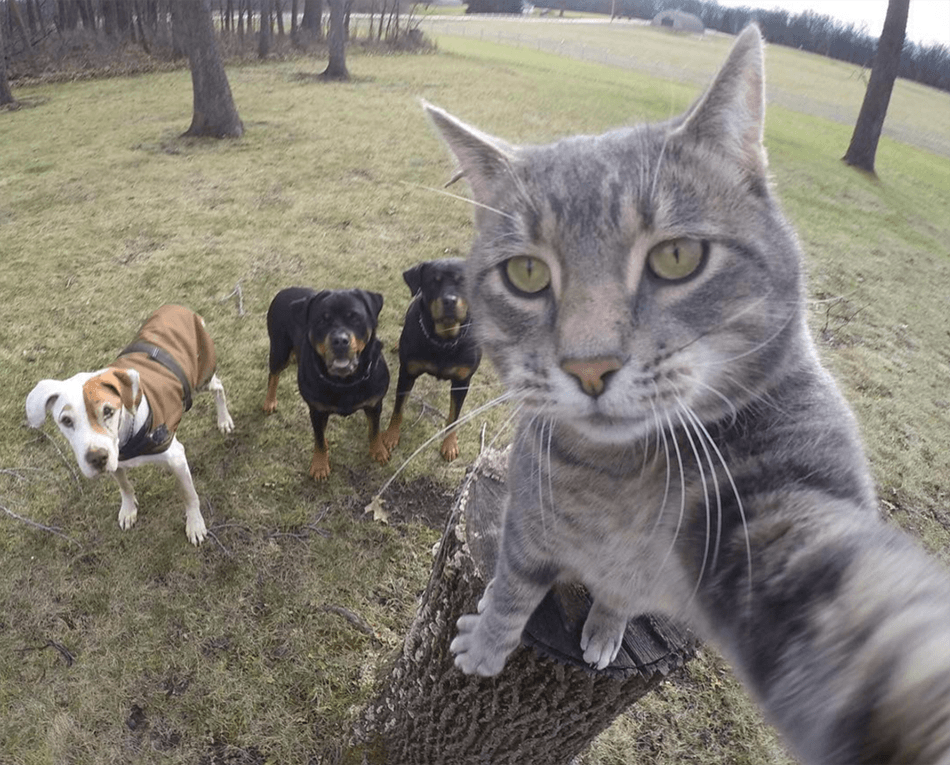 It is the story which has been posted by an Instagram used @Yoremahm that his cat learned to use the Go-Pro app and also touched the camera to take the selfie on day on the shoot. It is the incident that occurred in USA. This cat has taken many different pictures that day with some other animals as well and marked the news for long period of time because most of the people haven’t seen this kind of selfie.

9. The Crested Black Macaque`s selfie that was at the center of a legal battle: 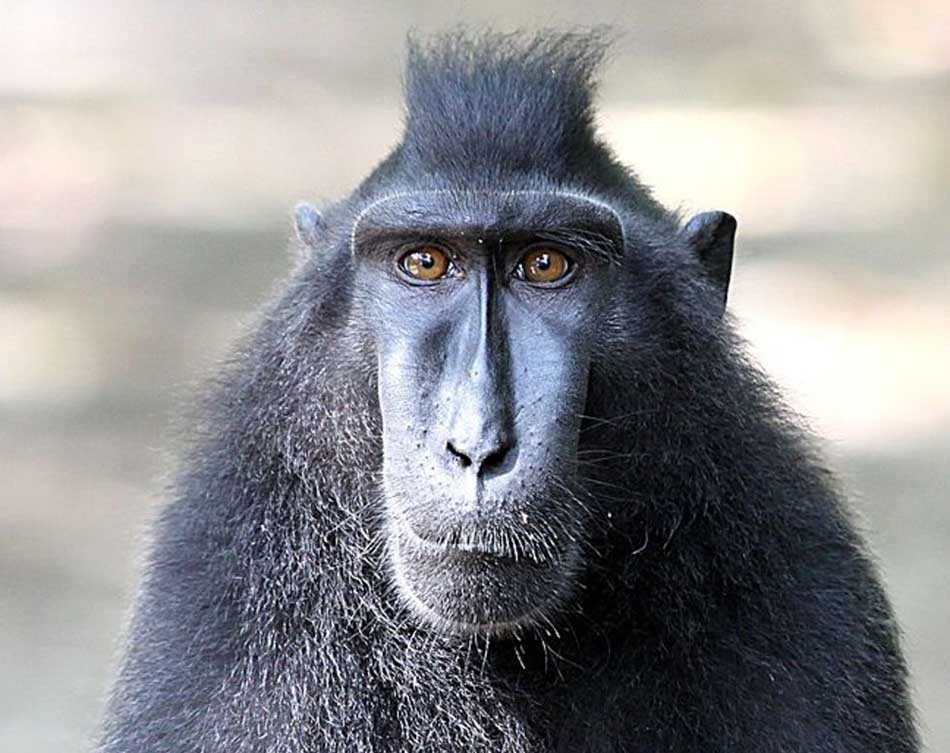 This picture is the story of 2011 when a famous wildlife photographer called David Slater has claimed legal rights on the PETA and a monkey which was full of intellectual properties and his pictures. Most of media people claim that these pictures must be free because it was taken by the monkey. PETA then filed a law to get all the proceeds from the benefit and needs of the monkey. It was said that animals cannot own any type of copyrights and have taken the pictures by chance.

8. A Tiger strikes a cool pose in Bandhavgarh national park: 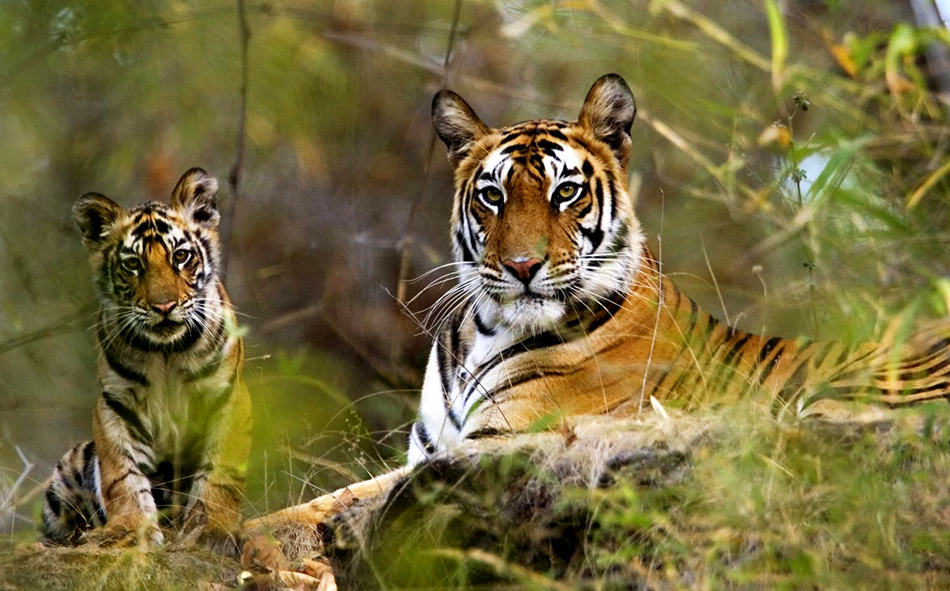 Bandhavgarh Park is located in India in which the selfie of Tiger has gained much popularity and was in news for long period. This tiger was cooling off in the small water hole in that park, and then the camera captured his picture. It was a very cute picture of a tiger which has amazed the audience by its view. 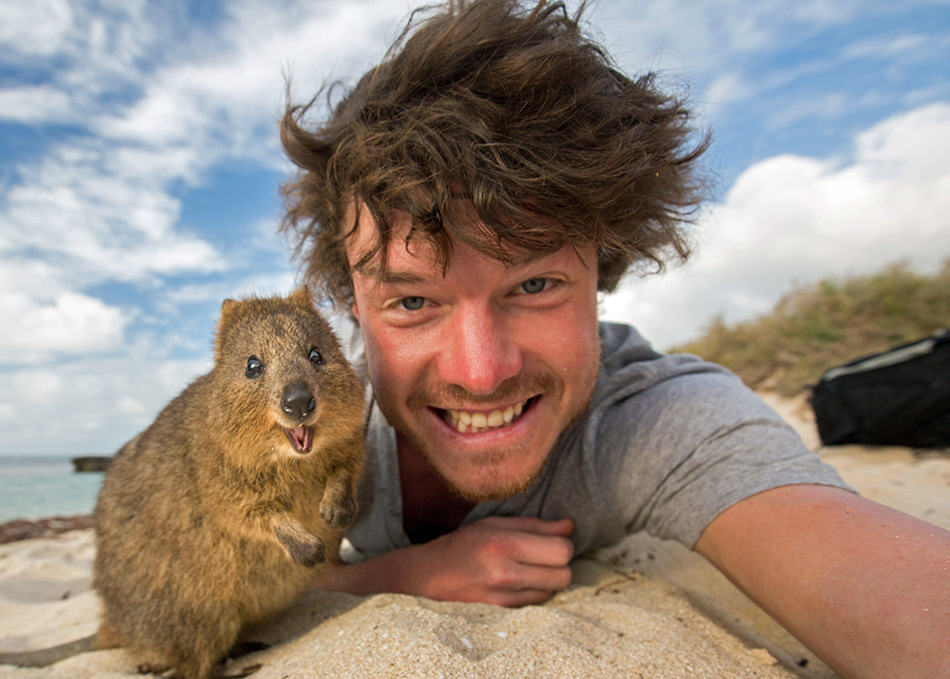 6. An Ogilby`s Duiker Takes an interest in the camera: 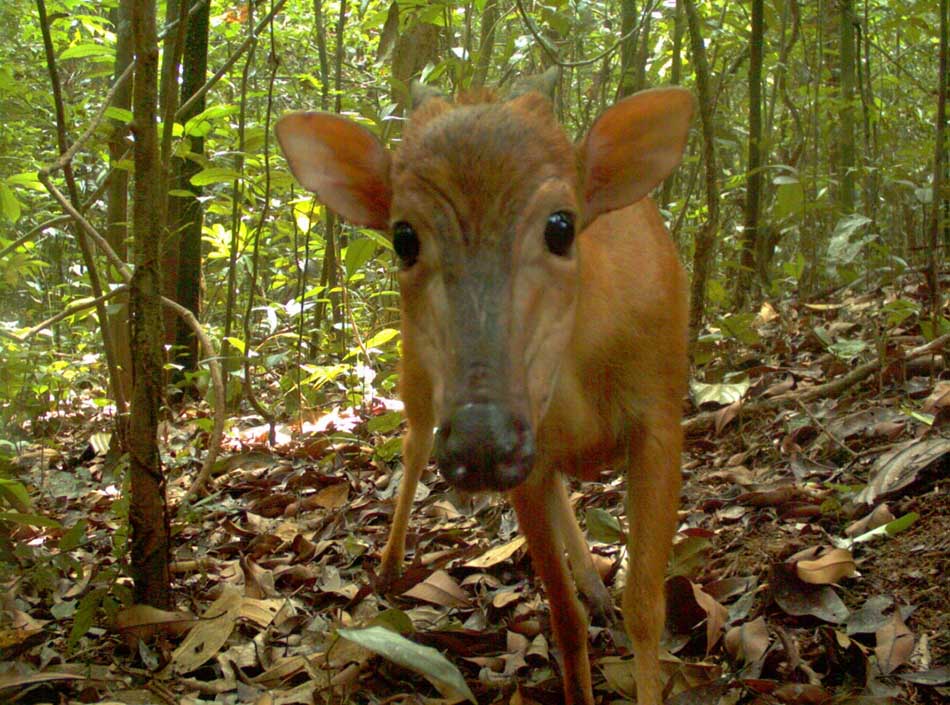 Some of the pictures included in this list are taken by the camera traps in some natural environment by the best and professional wildlife photographers of the world. It is also the picture which is taken without any interaction with human beings. It is Ogilby`s Duiker located in Cameroon and shows how interested he is to look into the camera.

5. A Penguin gets up close and personal with a Go-Pro camera: 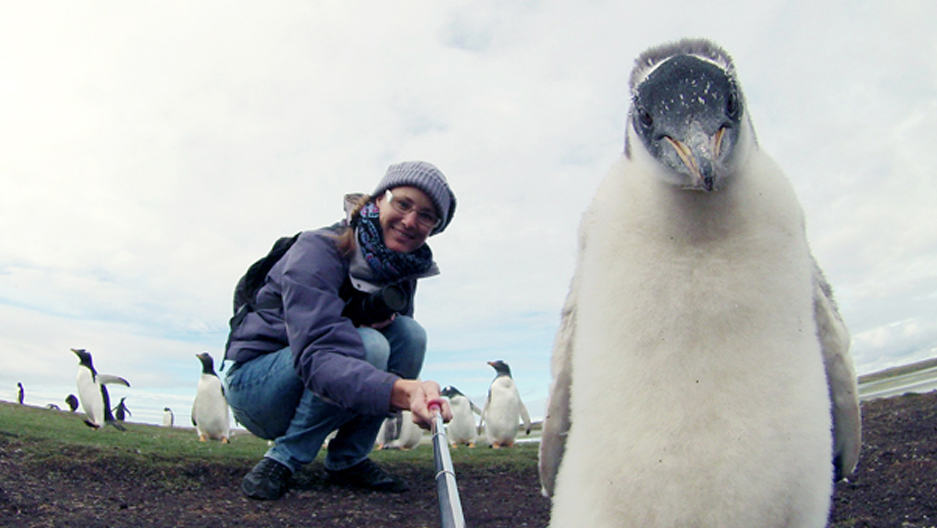 Everyone knows that Antarctica is the places which are known for Penguins and are found in large number there. G Expedition is an Arctic travel company which has taken the selfie of a penguin there. The penguin in this picture has opened his mouth fully and was posted on Twitter with the caption of This Gentoo#Penguin just ate our GoPro.

4. A Grey Langur is startled by a camera Trap: 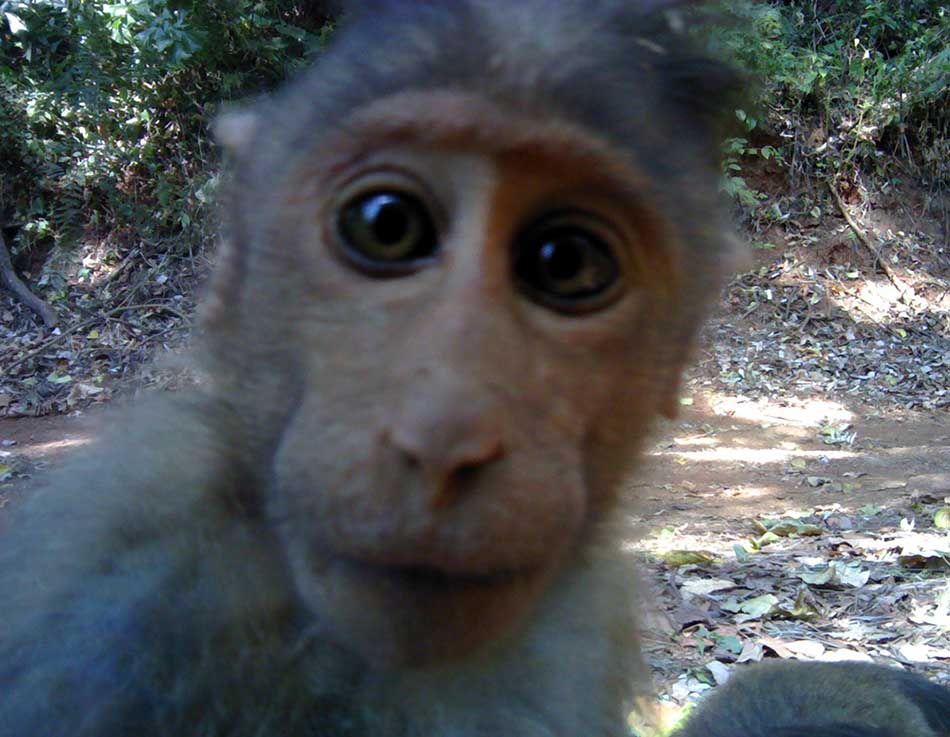 Again here comes the cutest selfie which was captured in India of a Grey Langur. From 1990 professional photographers are always in search of trapping animals to get their real pictures. They have taken millions of pictures in a single day which is their passion. This picture looks like a Portrait, but these cute Langurs are considered sacred in the religion of Hindus.

3. A Mountain Lion in the Santa Monica Mountains: 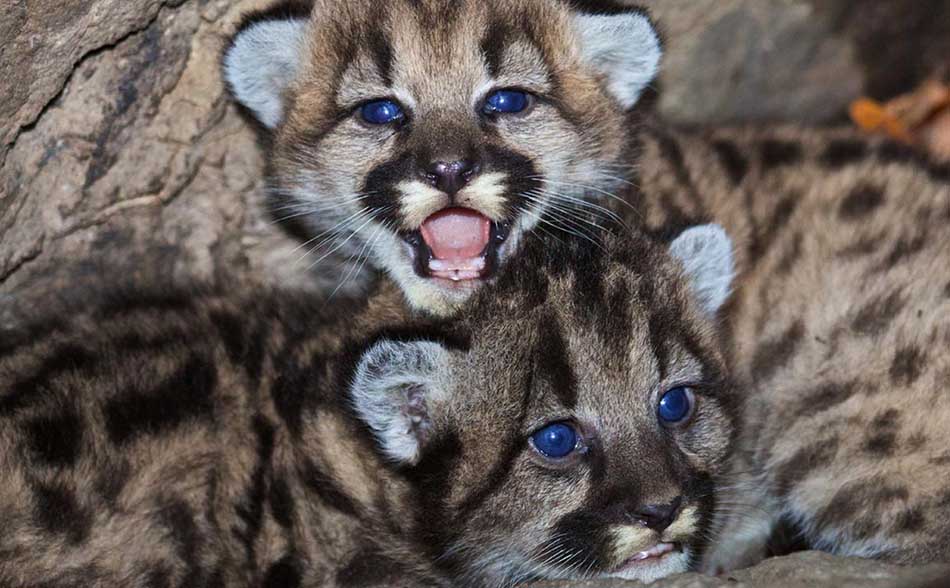 The famous and best US National Park which is located in California and is the home of different rare animals of the world as well. This park is working for the development of the animals and keeping them comfortably there. A small mountain lion has captured the picture by a random placed camera there and this picture is one of the cutest pictures ever uploaded on internet. 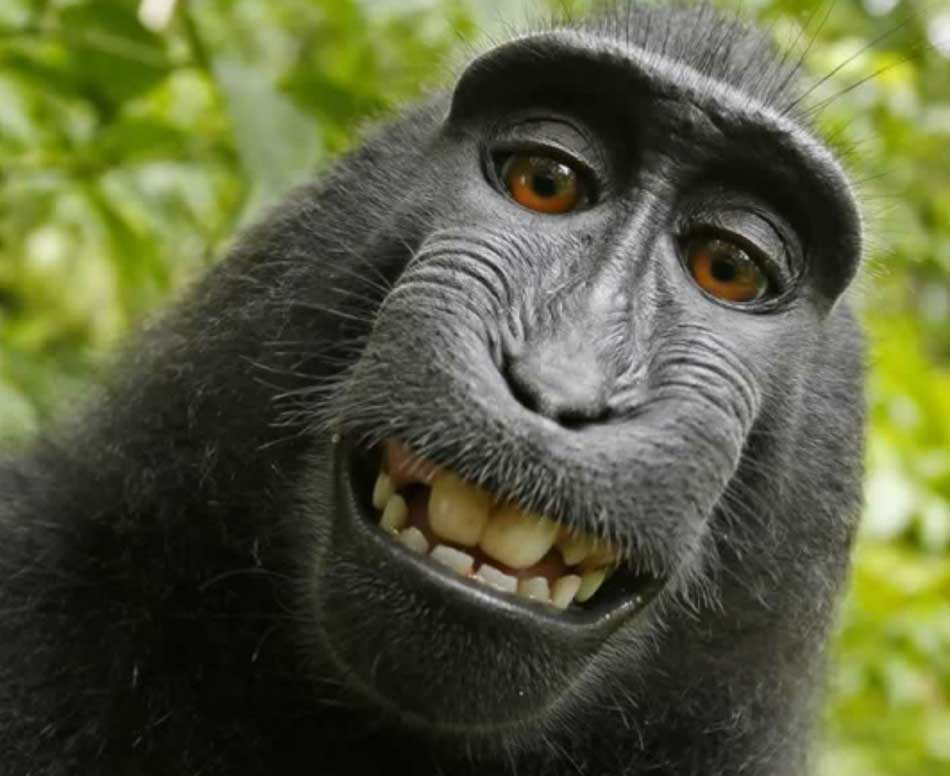 It is a very cute picture of two chimps that are looking very curious towards the camera and camera clicked their picture. It has received a special prize in the 4th annual BBC wildlife camera trap awarded as the picture of the year award in 2012. Both chimps are posing with the trees and looking like waiting for the picture to be captured. This picture has gone viral on the internet because of its cuteness.

1. A Koalas Selfie courtesy of the Wild Life Sydney Zoo: 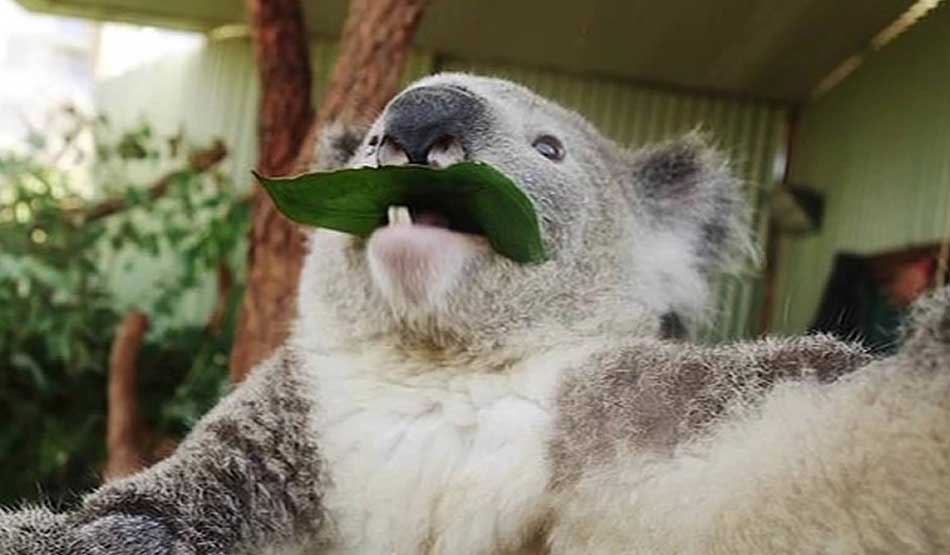 Here comes the best and a perfect selfie of Koala among all animals which was captured at the Wildlife Sydney Zoo located in Australia. It was much in the news and gone viral which was captured by the Sony Camera. The cute Koala was sitting on the tree which was taken in 2014 and was loved by the whole world. The Koala looks so innocent in this picture which has amazed the viewers all around the world.

No one has ever imagined in past that animals will click their selfies, or their pictures will be captured perfectly like this. All these pictures are very cute which are taken by the professional wildlife photographers of the world and sometimes rarely by the animals on their own as well. All these pictures were in the news for a long time because of their cuteness and won awards as well.