Everyone in this world loves fast foods. Burgers are the most famous and important component of fast food and are most used as well. There are many kinds of it available in this world which is made with different ingredients like chicken, beef, vegetables etc. As there are different tastes in it so that people can choose according to their own taste and needs. There are many famous brands or fast food chains which are selling delicious ones like McDonalds, KFC, and many others. These are available in different prices among which some are very expensive while some are affordable as well. It has now become the tradition of different famous restaurants to make expensive foods in the whole world and attract fast food lovers towards them. These are normally considered as the king of fast food and has captured the attraction of all fast food lovers in the world. These are not only loved but the most eaten fast food products like as best and expensive pizzas, burgers, hot wings etc. In this article we will specifically talk about top 10 most expensive burgers in the world.

The following are top 10 best burgers in the world: 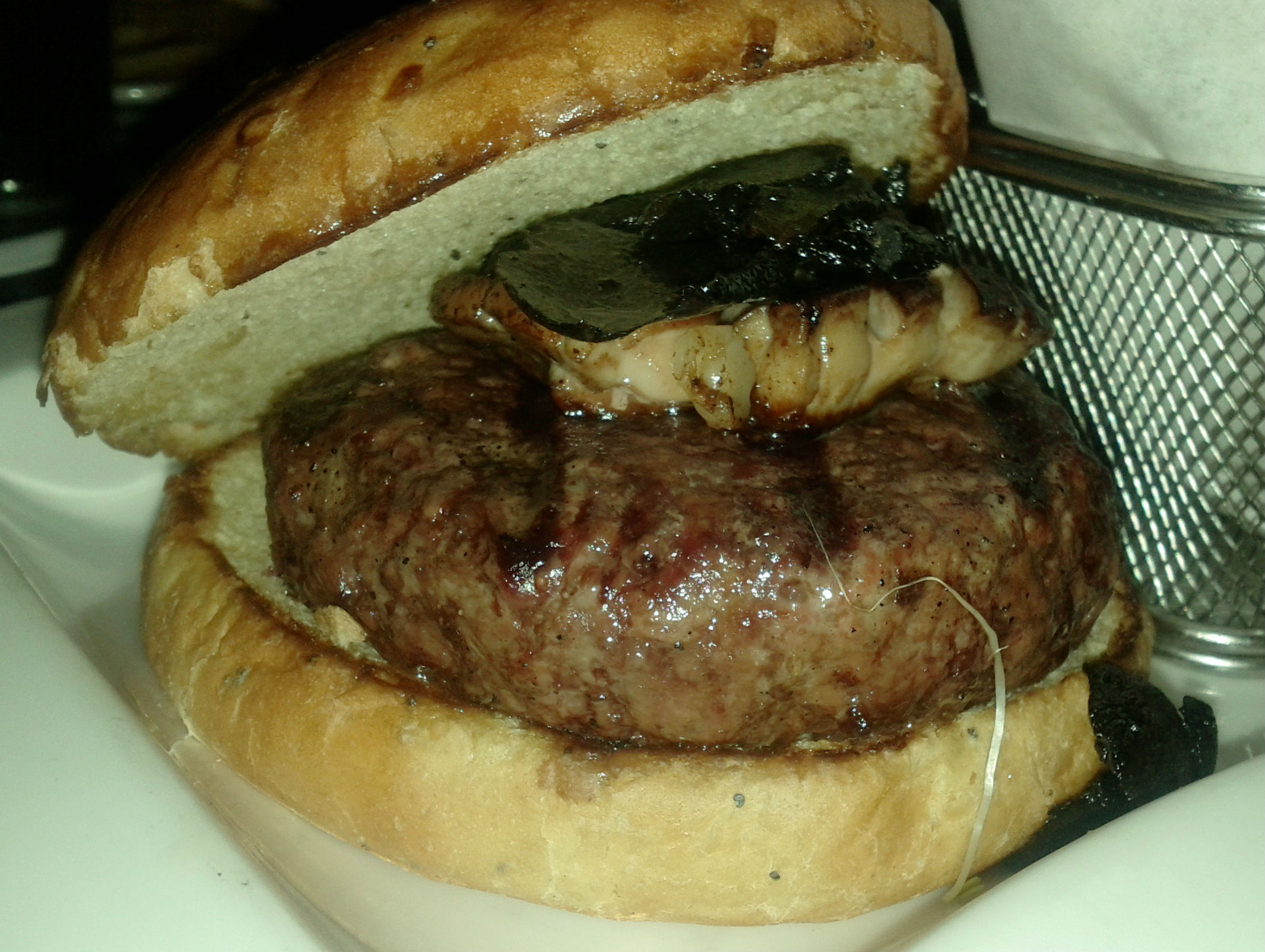 The Rossini is having the signature of the famous restaurant called the Burger Bar which is located in Las Vegas. A chef called Hubert Keller was appointed at the place of chef after introducing this on three different chains of this restaurant. The price of this delicious food is $60. It has basically a beef filling which is further enhanced with truffles, onion bun and sauce. The name of this fast food is kept after 19th century on the name of composer of Italy. The look of this is very delicious and yummy which attracts more people towards it. 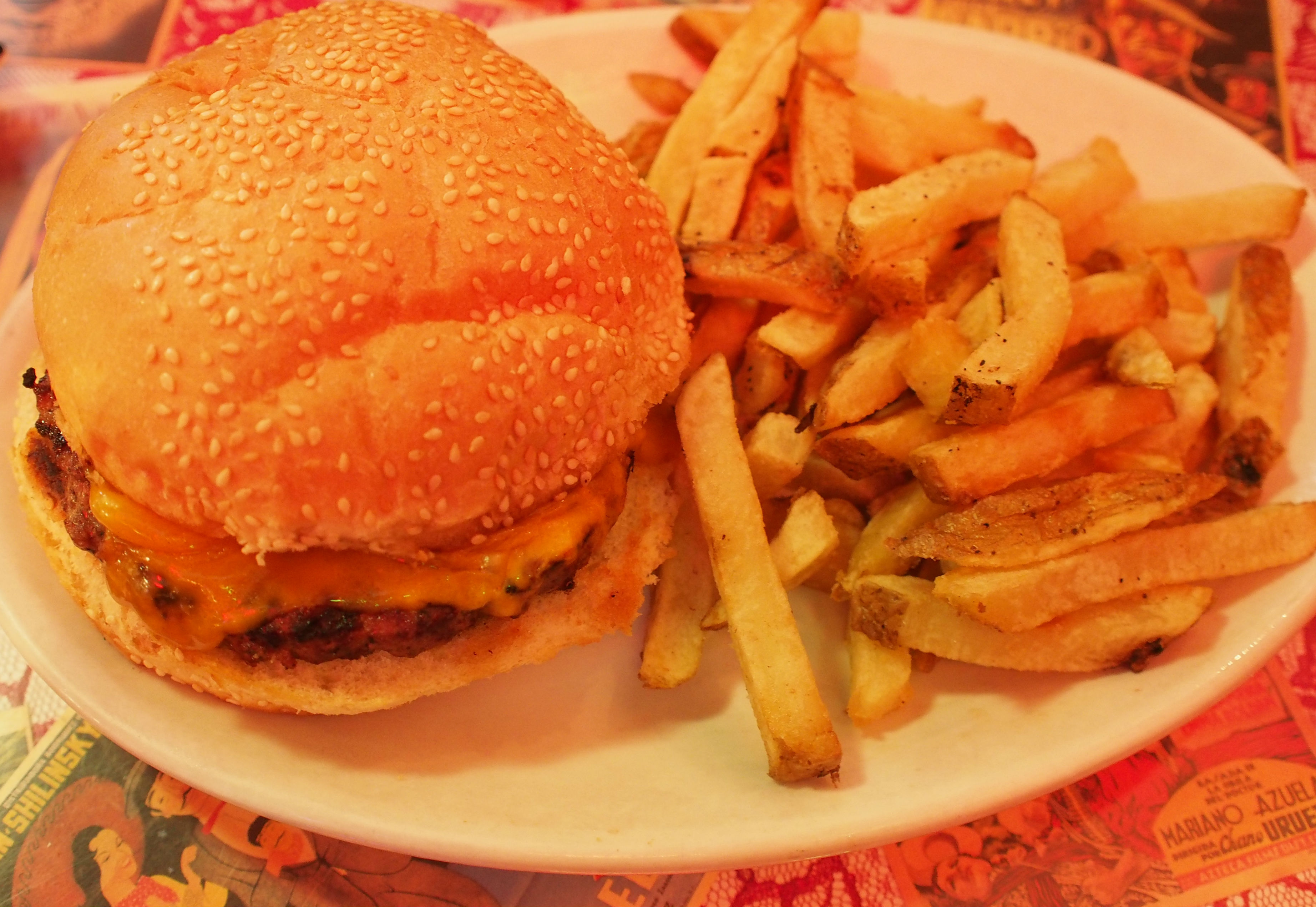 It is very different kind from the rest which is made with unique ingredients but loved by the people. In this food, kobe beef is used which also can have lobster, onion and 100 years old vinegar which enhanced its taste and makes it more delicious. It is very expensive as in this money good champagne can be purchased. The price of this is almost $70. It is mainly served and the dish of Las Vegas restaurant but now famous in many other famous restaurants in the world. 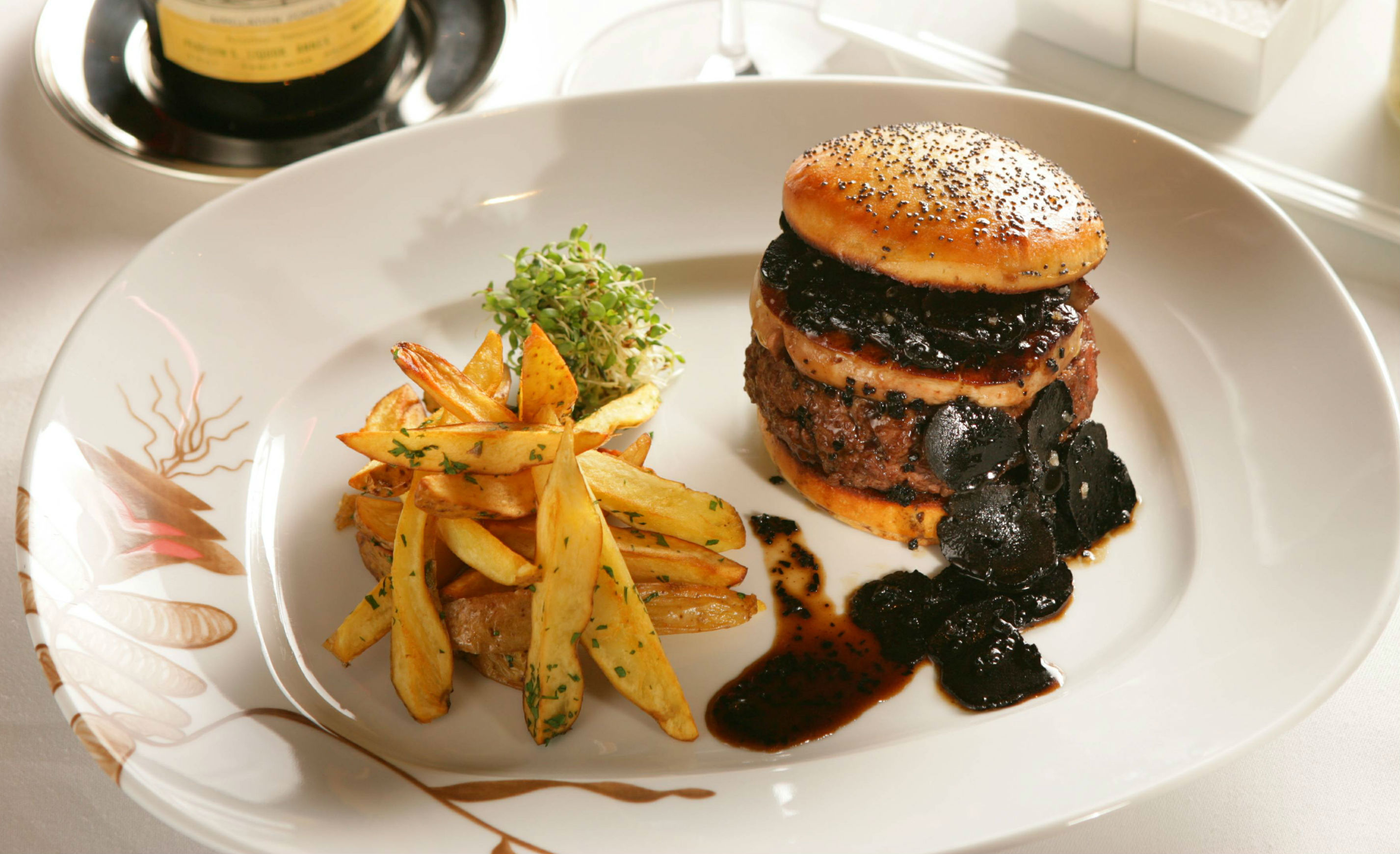 This famous food was invented by the famous chef Hubert Keller who made it and was then famous in the whole world. It was basically made for the restaurant called Fleur of Las Vegas. Its price is $75 but it is normally used with champagne which can cost almost $5000 which makes it more expensive. But after eating this with the expensive wine, it can give you certificate of eating the most expensive meal in the world. 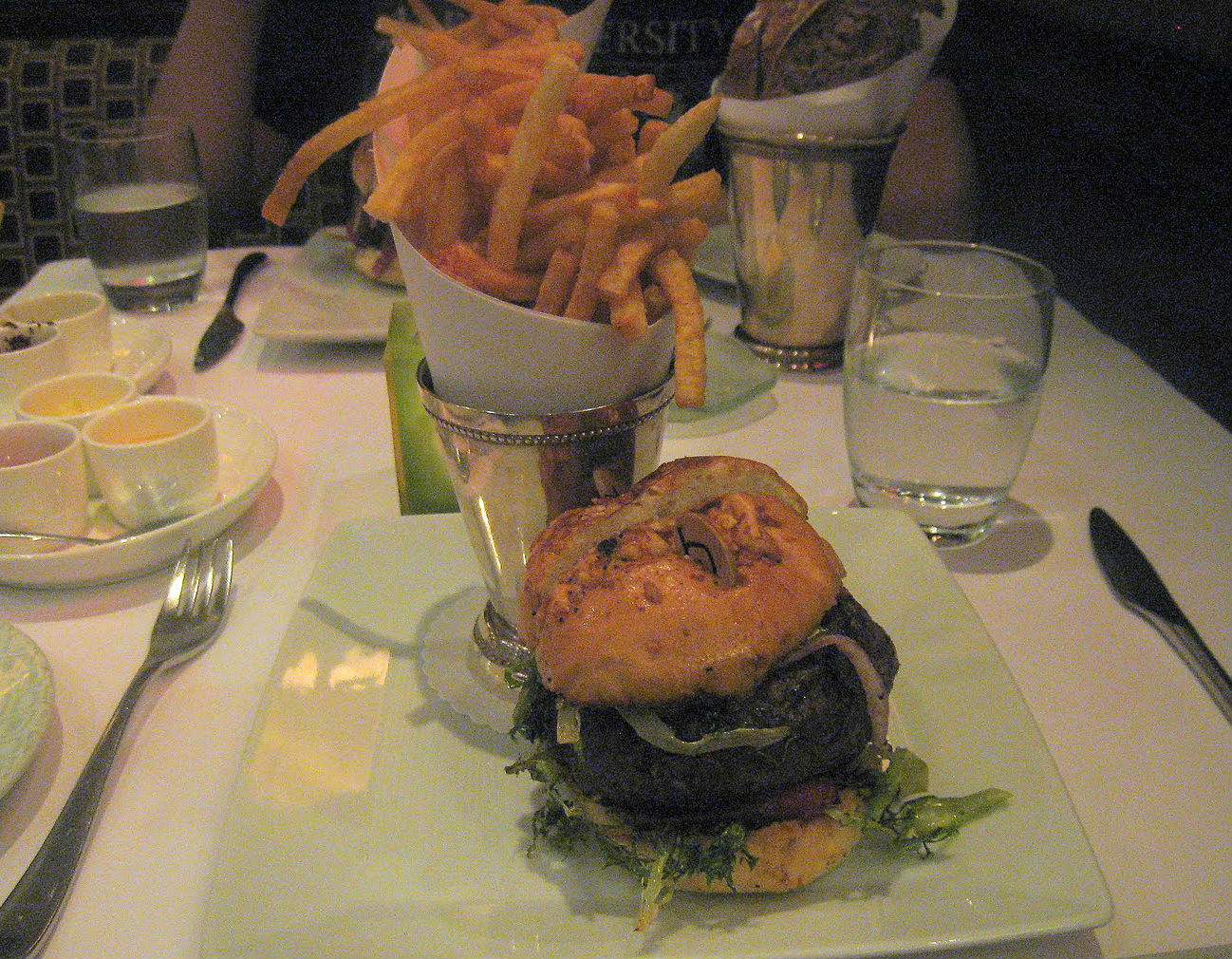 As the name of the food shows that it is royal burger which is served in some restaurants of New York and Las Vegas as well. This delicious and expensive food was made by the chef Daniel Boulud in about 2007. The filling of this is short ribs which are preserved in black truffle and is further mixed with vegetables. The bun of this is seed bun and is further served with tomato sauce and fresh salad as well. The price is $120. 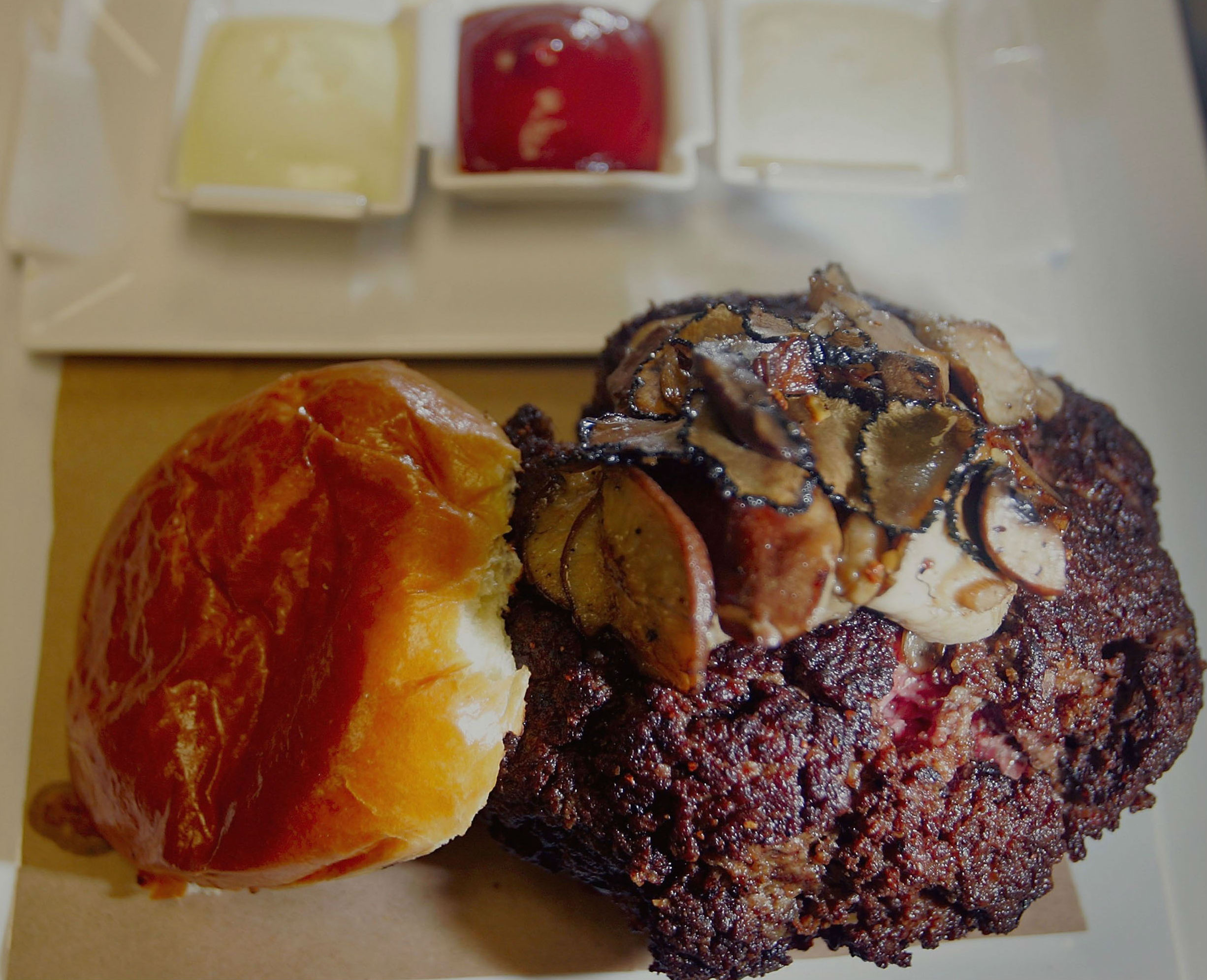 The Tri-Beef, as the name shows that it has beef filling in it. It was invented in about 2006 at the famous steakhouse of America. It has been made with the blend of different taste and ingredients to make it more unique with different taste as well. In this food, also the signature ketchup of Chipotle is used which enhanced its taste. The price is $125 from which this restaurant donates $10 of each to the make a wish foundation. The look of this is very rich and delicious as well. 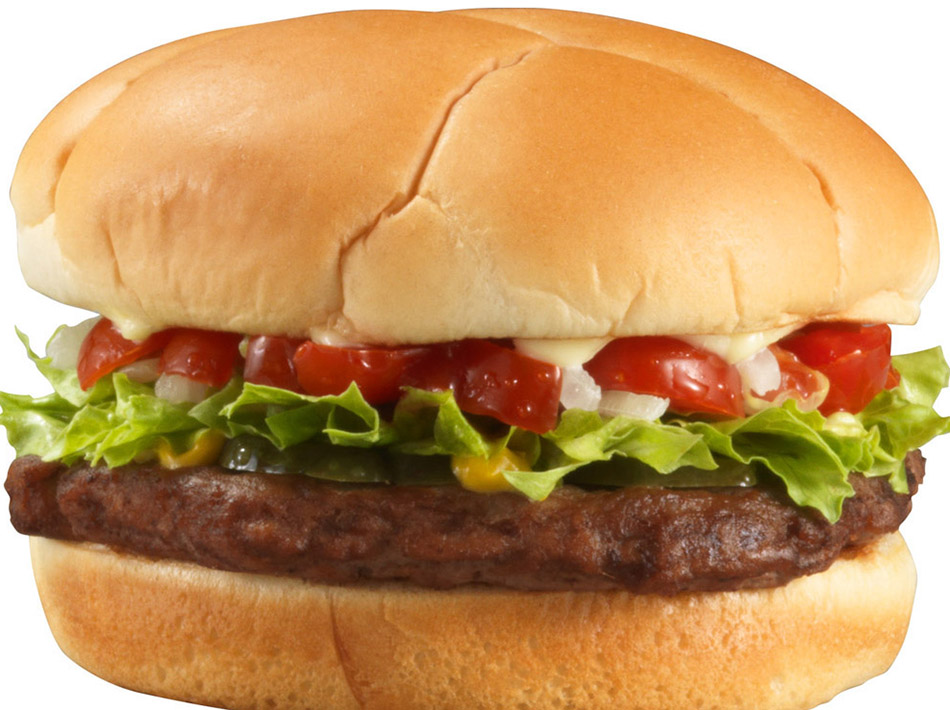 The X Burger is made by the famous Australian chef. It is made with beef, truffles and salads as well. The topping of this, is done with tomatoes, red onions and mushrooms to complete its looks and further served with the wine sauce as well. It is also filled with cheese to make it more delicious and attractive for the fast food lovers. The price is $160 which is very expensive for a single unit. 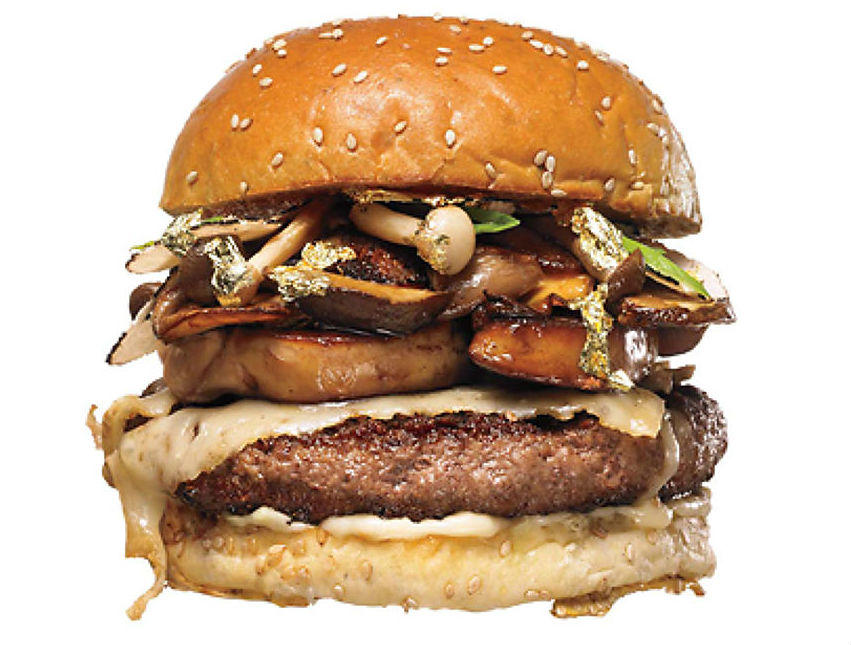 Richard Nouveau burger was the best invention in burgers which was made in 2008 and is now very famous in the whole world. It was first introduced at the Wall Street restaurant of New York. The topping of this is done with the cheese, gold flakes and mushrooms as well. The price is $175. The look is much different than all other burgers which attract more people towards it. 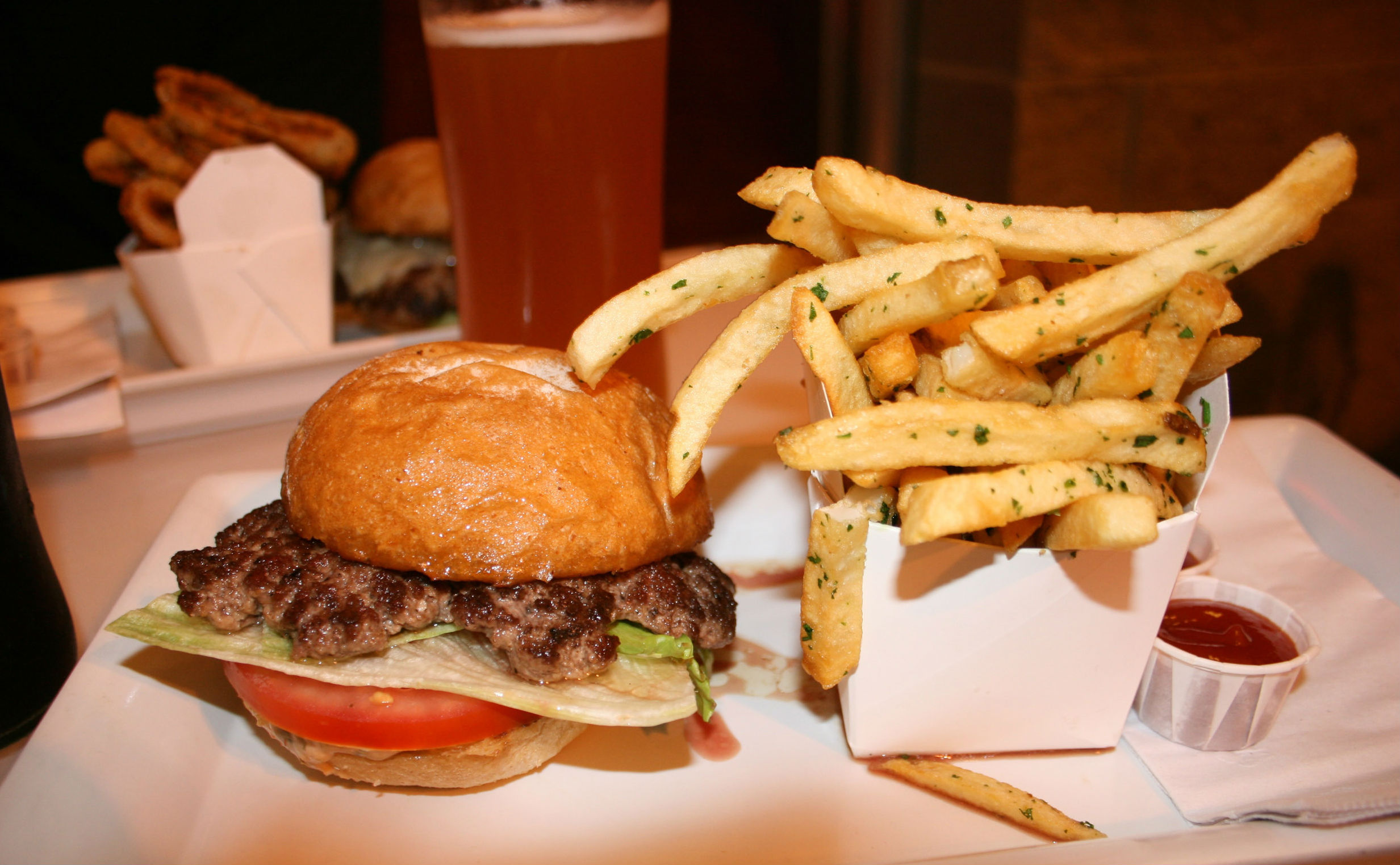 Burger King is the most famous fast food restaurant in the whole world and is famous for producing world most expensive units of this food as well. The special food was introduced in 2008 in the chain of London. It is made with beef which is further made with truffles, champagne and onions as well. The price of its one unit is $186. The appealing is the best thing about it. 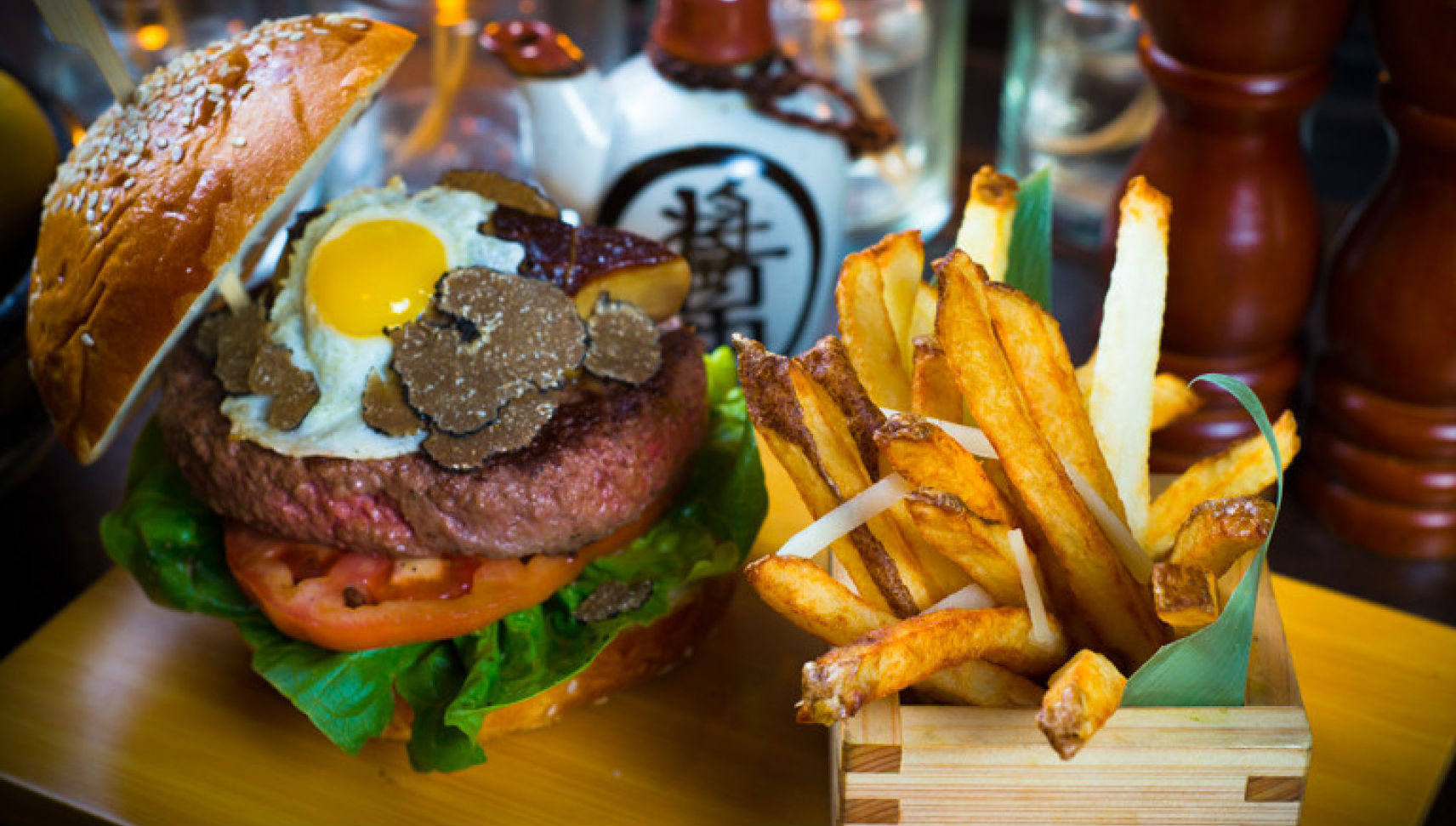 Le Burger Extravagant is the famous of the New York Serendipity which is famous for hotdog burgers. The beef used in it which is further combined with white herbs, truffles and smoked with sea salt which added delicious taste and texture in it. In this, cheddar cheese is added to complete its taste. The price is $295. It is further served with mustard sauce which completely changed its taste. 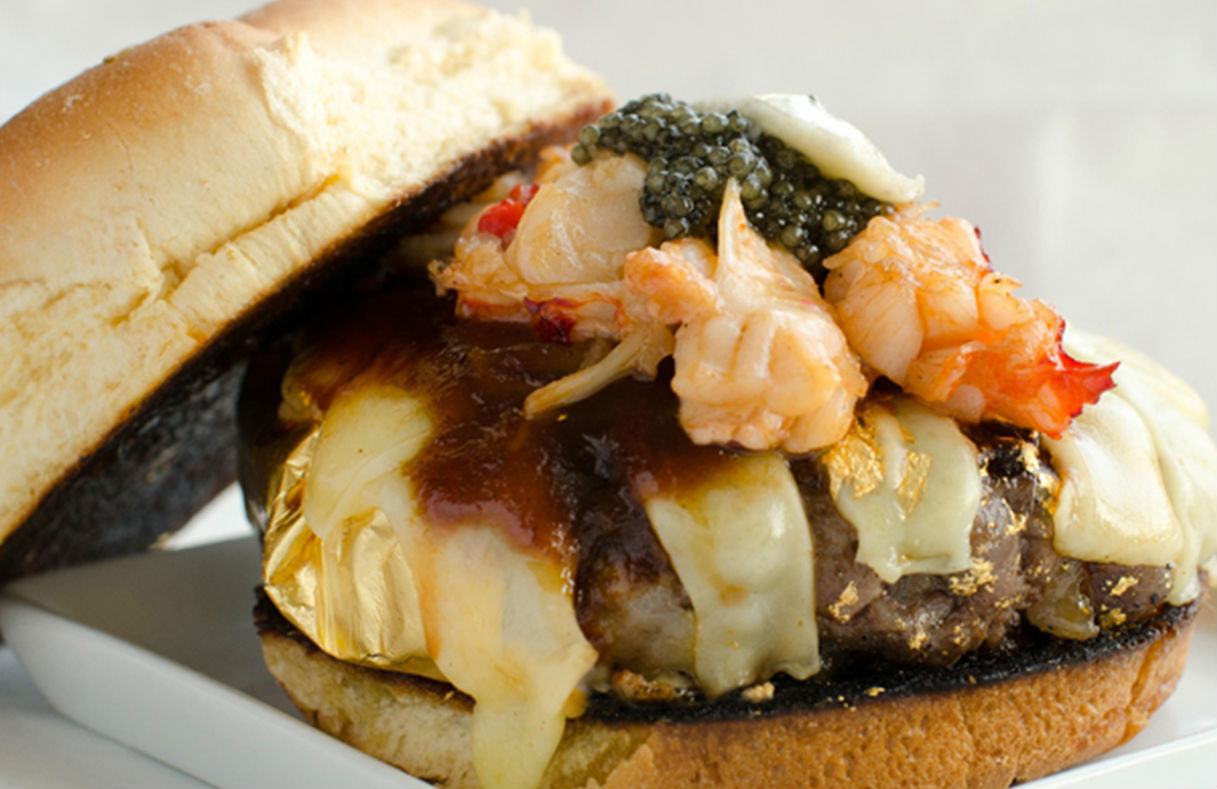 The Douche Burger is the most expensive in the world. It was first made by the Franz Aliquo for the restaurant of New York. In this, beef is used and also combined with gold leaf, truffles, cheese and different sauces as well. The price to grab this delicious food is $666. The whole look of this is very different and appealing as well.

We conclude that burgers are the most used fast food product in the whole world. There are many kinds of these for the people from which they can choose according to their own taste. There are many famous food brands which are making burgers which are loved by the people. All these which are explained above are delicious and are made with special ingredients as well which increased their prices and make them most expensive burgers in the world.