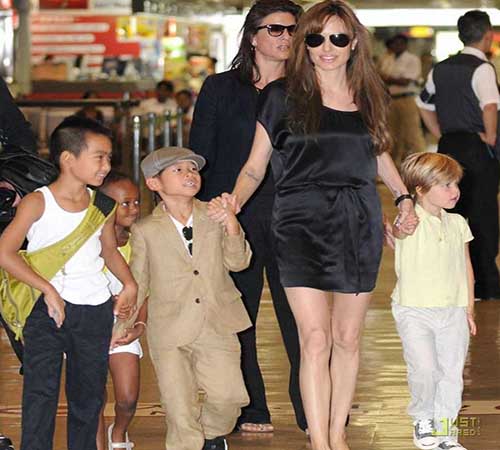 Celebrities are famous all around the world and have millions of fans who are always looking to get some new information regarding their favorite celebrities. They have very luxurious life and high standard of living which is depicted in their living style as they can afford them. Celebrities earn a lot from their respective fields either they are actors, singer, producer, director or comedian.

Adopting a child is a common practice all over the world, but it has much higher trend among the celebrities. Celebrities are known for adopting a child from different countries and even different religions which is a big thing. Some of them have adopted the kids of their spouses from their previous marriage which is also a big thing but is a normal thing in the higher society. These celebrities will inspire the people in their real life especially their fans to do this act in their life which is a big thing for an orphan kid. In this article, we will include the celebrities from all around the world who have adopted kids in their real life.
The following are top 10 famous celebrities who adopted children from the world of entertainment: 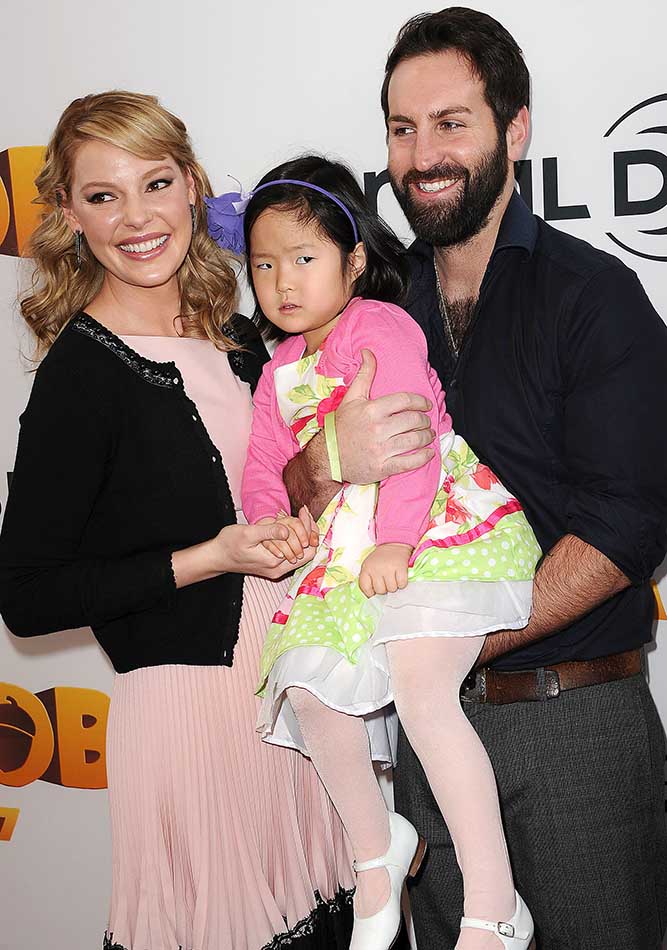 Katherine Heigl and her husband called Josh Kelly have adopted two kids in 2009 among which one of them called Nancy Leigh was belongs to South Korea while Marie Hope belongs to America. Everyone knows that Katherine Heigl is the famous model, actress and film producer of America. She is included in the list of the most beautiful women in the world in the ranking of 186 and also in many other lists because of her beauty and her acting skills. 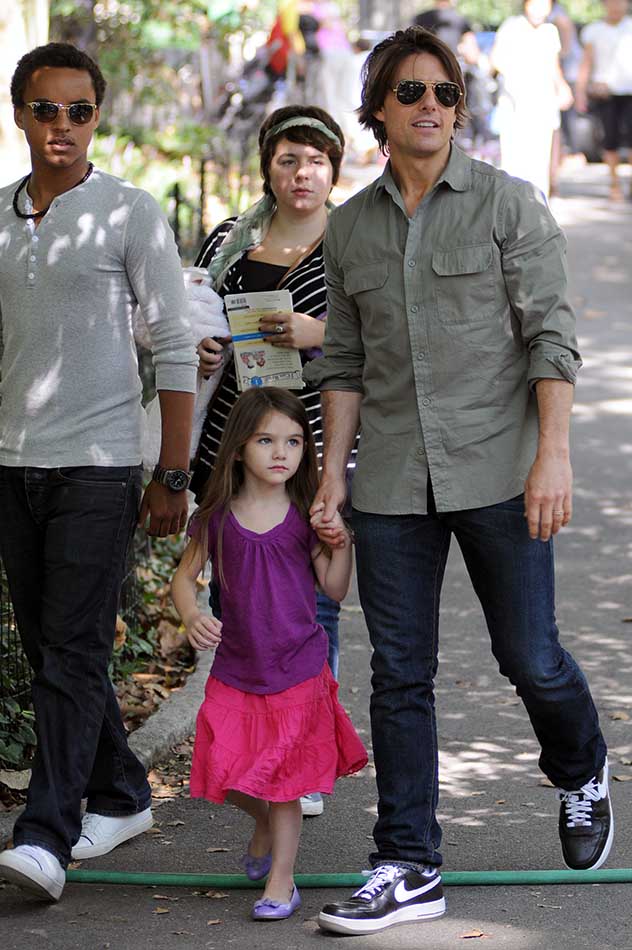 Tom Cruise is the world famous actor, director, producer and screenwriter as well who belongs to the USA. He has also adopted two kids with his wife called Nicole Kidman in 1993. His daughter called Isabella Jane was adopted when she was only 2 months old, and his son called Connor was adopted only at the age of 2 weeks. Then in 2006 his ex-wife Katie Holmes also gave the birth to a daughter called Suri. Tom Cruise is the actor who is included in the list of best actors in the film industry in the ranking of 105. 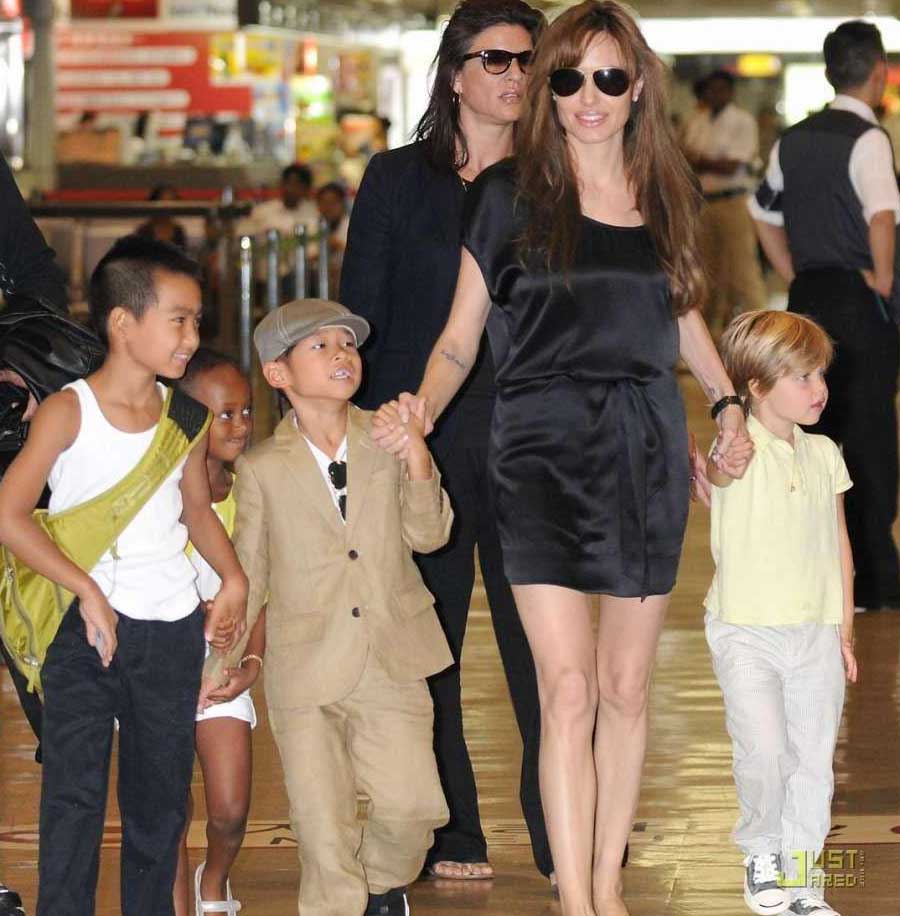 Angelina Jolie is a famous actress, model, producer and author of America. She is always in the news because of her child adopting news which is a big thing and inspiration for the whole world. She has adopted many kids as in 2002 she adopted a 7-month-old from Cambodia then in 2005 Zahara was adopted from Ethiopia and Pax was adopted in 2007 from Vietnam. Angelina Jolie also gave birth to her daughter with the husband Brad Pitt in 2006 and also adopted a kid from Pakistan as well. She is the actress who is included in the list of most beautiful women in the world in the ranking of 62.

Ronald Reagan is the famous politician, soldier and radio personality of America. He adopted kids with his first wife called Jane Wyman who a boy was named Michael in 1945. She then in 1941 also gave birth to daughters called Maureen and in 1947 called Christine. He is the actor who is included in the list of the most influential people of all time in the ranking of 177, and he died in 2004 at the age of 93. 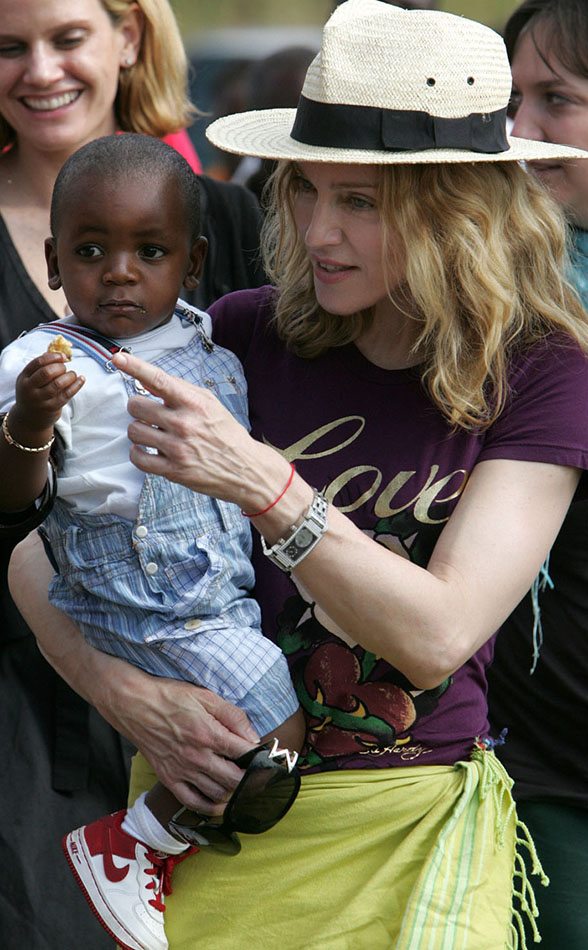 Madonna is a world celebrity, songwriter, producer, screenwriter and singer of the world. She has adopted two kids from Malawi in 2006 called David who was only an infant and Mercy was adopted in 2004 at the age of 4 years old. Then she gave birth to her daughter called Lourdes in 1996. She is the singer who is included in the list of best current female singers of the world in the ranking of 21.

George Lucas is the famous television producer, screenwriter, and cinematographer. He is the director of the famous movie series called Star Wars who has adopted three kids with his wife called Marcia Lou Griffin. George Lucas then got married to Mellody Hobson and gave birth to his daughter called Everest who started her career in 2013. He is the one who is included in the list of most overrated directors of all time at the ranking of 5. 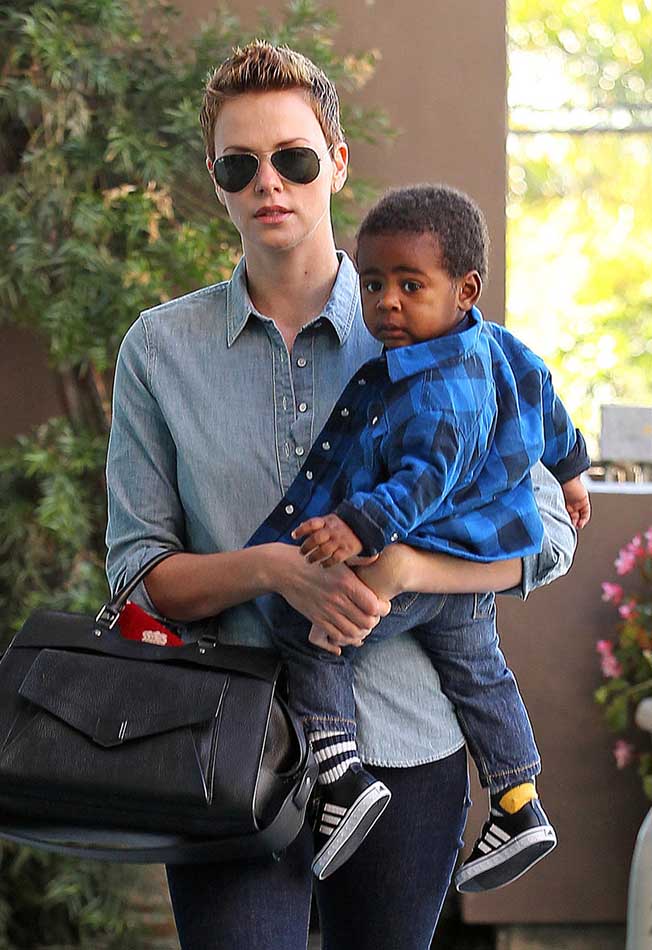 Charlize Theron is the famous model, actor, spokesperson, and director. She had adopted a son called Jackson when he was a small baby in 2012. It was the domestic adoption which was done by the USA. She is the one who is included in the list of most beautiful women in the world at the ranking of 1 and is much famous and known because of her beauty and acting skills which are admired by the whole world. 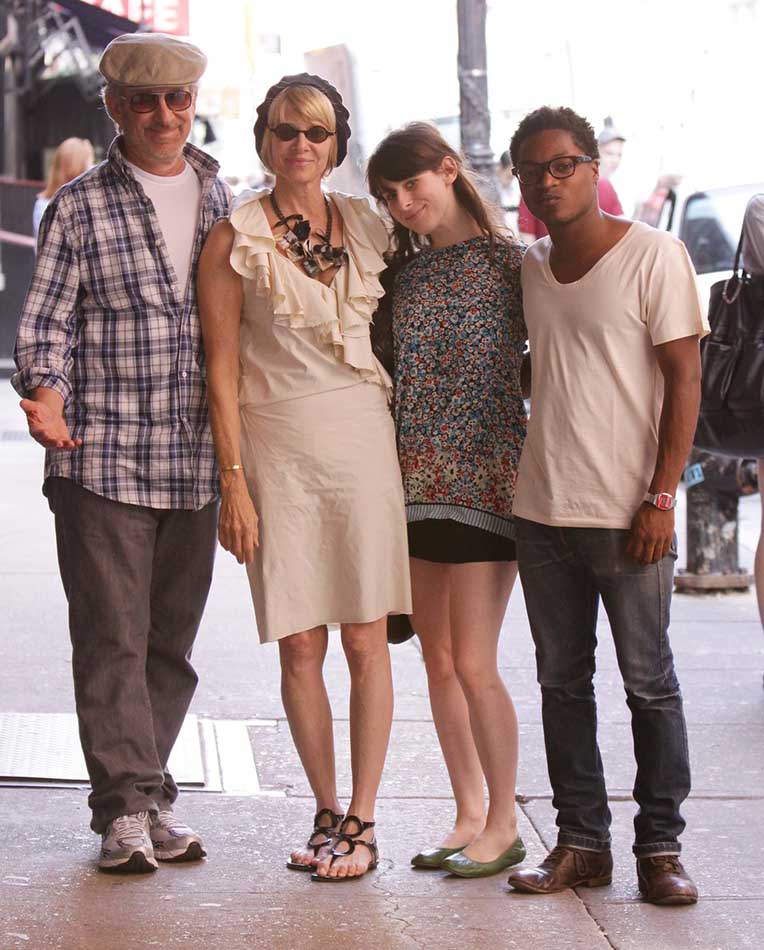 Steven Spielberg is the famous businessperson, producer and television director. He adopted two kids with his wife called Kate Capshaw in 1988. They also adopted a daughter called Mikaela George in 1996. They also have some kids from the previous marriage of Capshaw-Spielberg. He is the actor who is included in the list of the greatest living directors of the world at the ranking of 2. 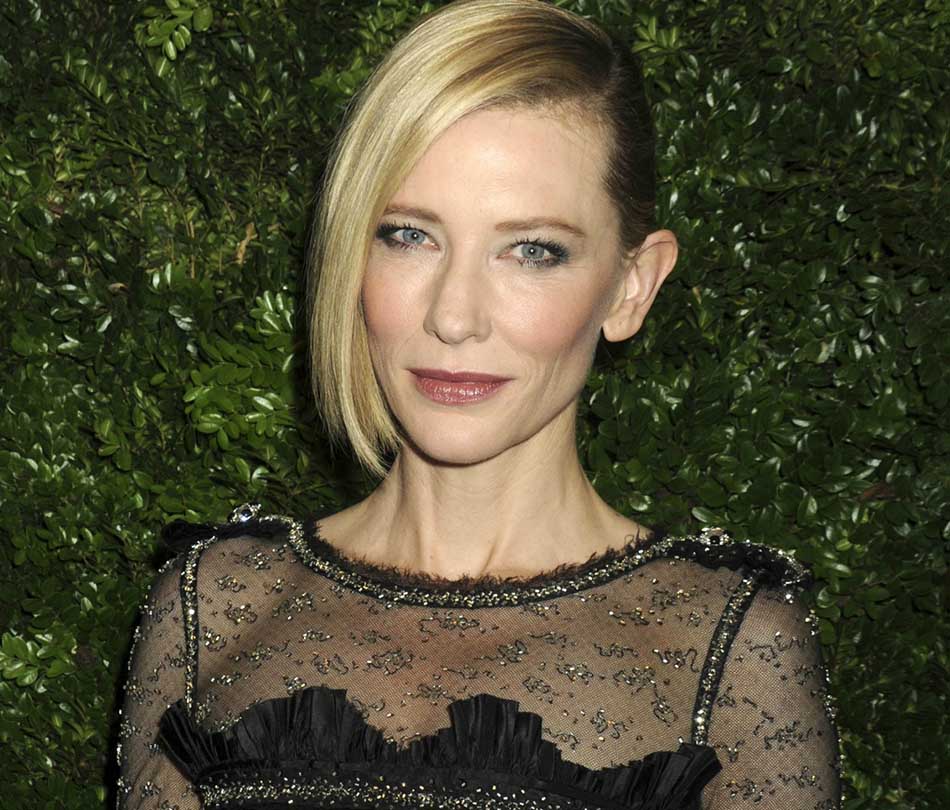 Cate Blanchett is a famous actor, film producer and voice acting as well and she belongs to Australia. She got married to the director called Andrew Upton who adopted a baby girl and then they gave birth to her daughter at the age of 49 and also have 3 sons already and all of them are living together. She is the one who is included in the list of best actresses in film history at the ranking of 8. 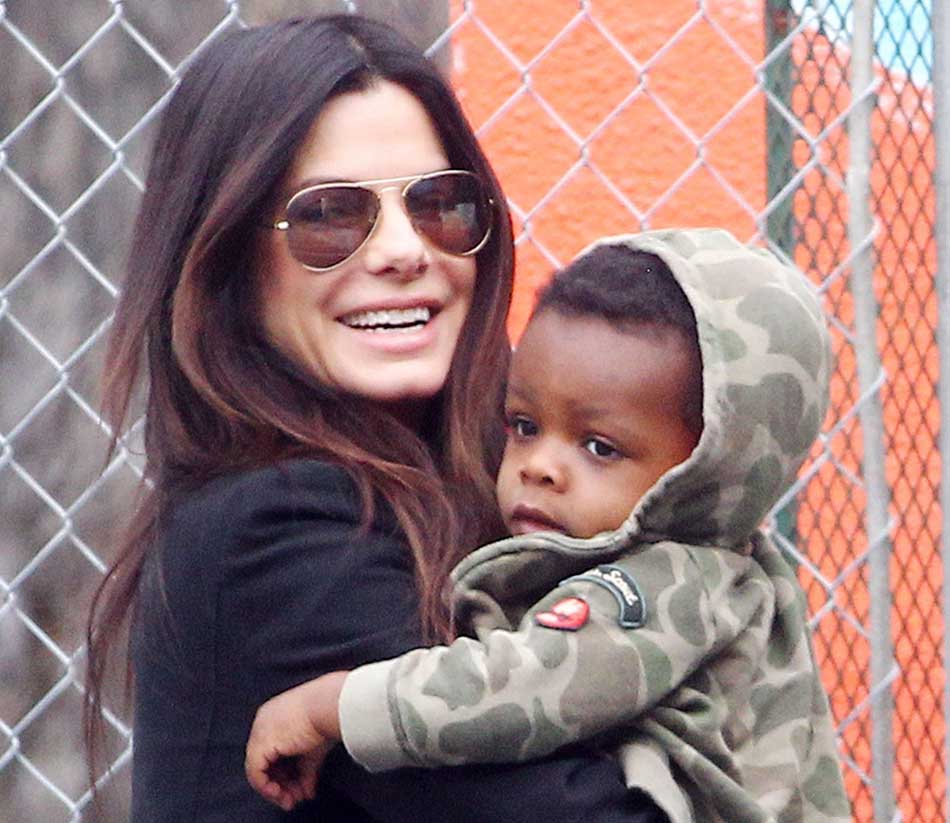 Sandra Bullock is the famous producer, actress, and entrepreneur and voice actor as well. She has adopted a son called Louis Bardo who was an infant in 2010. Sandra Bullock also has adopted a 3 years old baby girl who was living in a foster care of Louisiana earlier before her adoption. She is the actress who is included in the list of most beautiful women in the world in the ranking of 95 and also the best actresses in the film industry at the ranking of 24.

Celebrities have a high profile life because of their living standards and their news regarding adopting kids is the best inspiration for the people. Almost all their fans need to follow their favorite celebrities, and this is a very good practice which needs to be followed by the people. All these celebrities are very rich and are living best standards of living which also provide the orphan kids an amazing lifestyle.