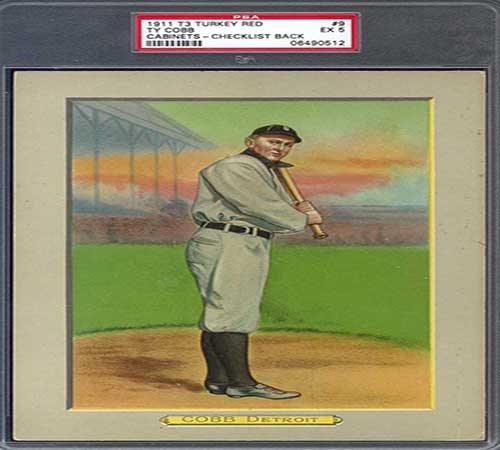 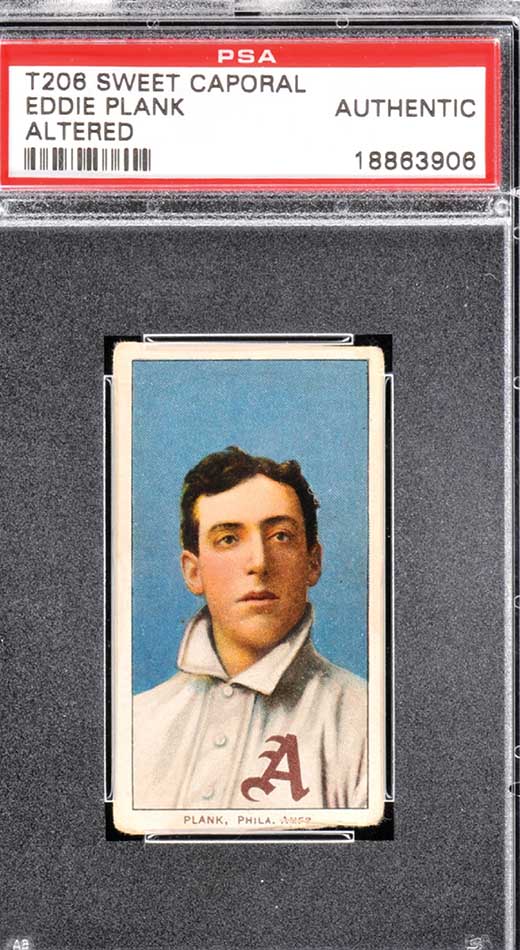 We start our list with 10th most expensive baseball card ever sold in the world. The card is a remembrance of 1910 world championship of baseball. It was issued by Sweet Caporal Cigarettes Company in 1909. Else than that, this card has Poster of one of the World’s best baseball player that is Eddie Plank. He born in 1875 in Pennsylvania, United States and lived a wonderful life 51 years and remained in a list of best players in the USA of his time. He belongs to Philadelphia Athletics, which has picked many tournaments wins. Talking about the card that is under discussion, it was sold for $188000 in an auction. 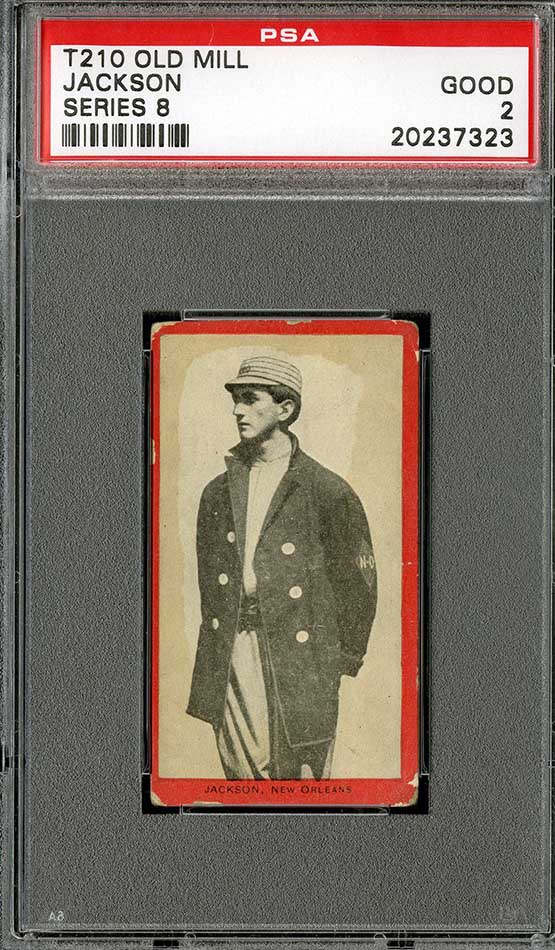 Next most expensive baseball card is from the same time, which is 1910. This card has a picture of one of the most dashing baseball player of America, whose name is Joe Jackson. This man was known as Shoeless Joel, for a match he played at South Carolina for his foot was hurtled and could not wear the shoe. He made a wonderful performance in the match and since then he is known as Shoeless Joe. In the card, we are talking about, Joe is wearing his official shirt on which his team name is printed, that is Cleveland Naps. The card of having a picture of a great player, belonging to a great team was priced at $199,750, which justifies its uniqueness. 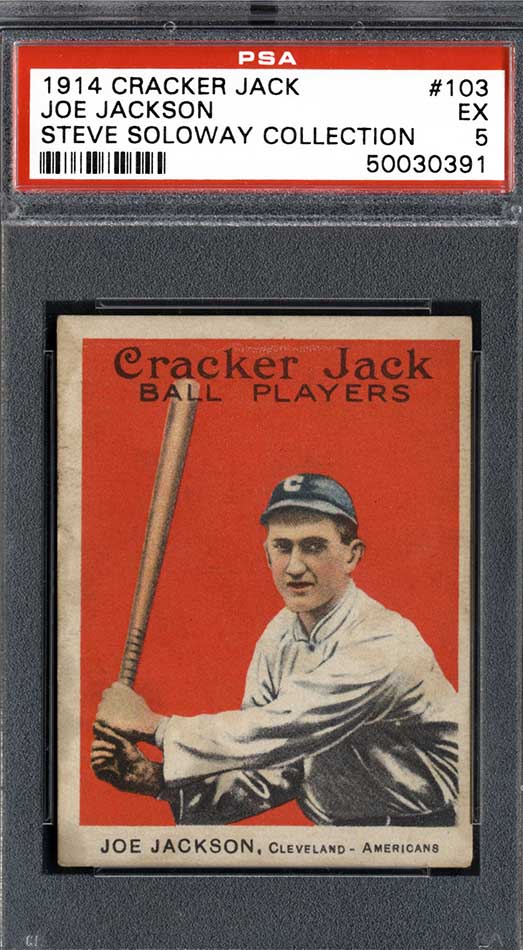 That is a genre of Joe Jack, but it is a remembrance of some other event. This event was a 1914 series of baseball. The card was issued by Boston Garter and was sold like hot cakes at that time. In 1914, it was priced at 25 pennies only. But, baseball lovers of today has proved it for $204,000 in the year 2010. That is a tribute to the great player Joe Jackson. 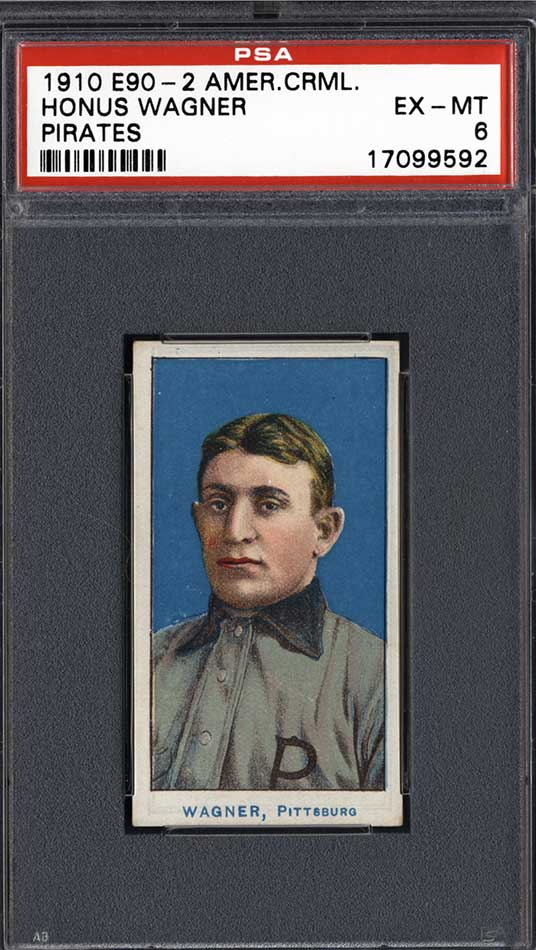 7th most expensive baseball card has a picture of American based player Honus Wagner. Who belonged to one of the best professional teams in baseball that are Pittsburgh Pirates? The man had a career of 21 years in baseball, and in this year he got fame not only in America but in all those countries where baseball was played at a start of 20th century. Standard Caramel was the company that published this card for a series that held in 1910, which is now valued at $219,000. 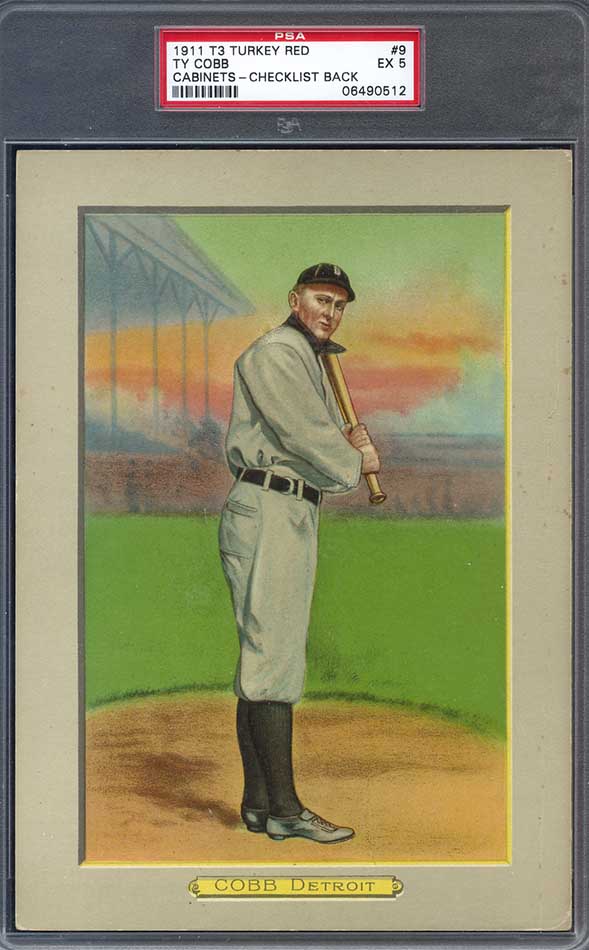 Here it comes the man known as ‘The Georgia Peach’. That is the nickname of Ty Cobb. And this man justifies this name by his wonderful performances during the show. Detroit Tigers is the home team of this man that illuminated the talent of Ty Cobb to the world. Ty Cobb was the man that had supernatural skill along with a unique style. That’s why his card is valued so high, as a man of high value is printed on its face. It has been priced at $273,000. 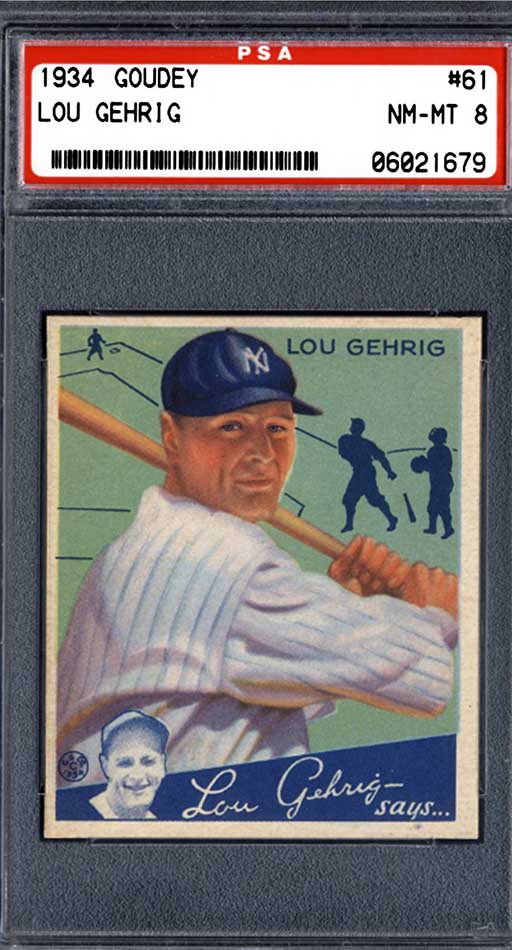 Goudey John E Manufacturing LTD is the company that issued this card back in 1933. But at present it is valued at $275,000. Why this card costs so high, it is simple because, it make us remember us a man of high value, i.e. Lou Gehrig. It also makes us remember of world championship that held in 1933. This tournament was won by Lou Gehrig’s that is New York Yankees. And I think this win was the reason that rose the price of this up to $275,000. 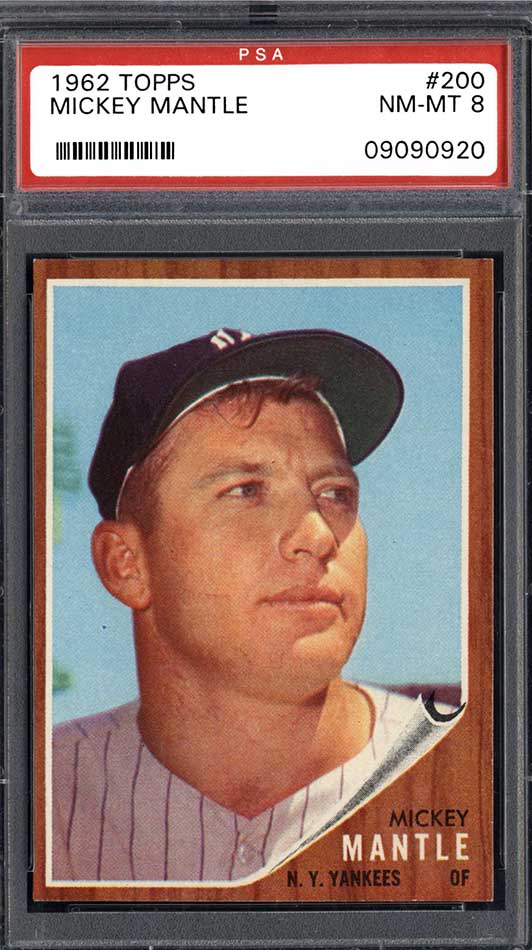 New York Yankees has another diamond of baseball in its teams, whose name is Mickey Mantle. And Topps is the company who picked this diamond and placed it on a face of a card. And today this vintage card is valued at $282,000. This card was issued in 1952, which makes us remember about a tough baseball tournament won by New York Yankees. Mickey Mantle nickname as The Mick was a great talent, who has equipped with some remarkable skills of the game. But it was his team that gave him a chance to prove his talent to the world. 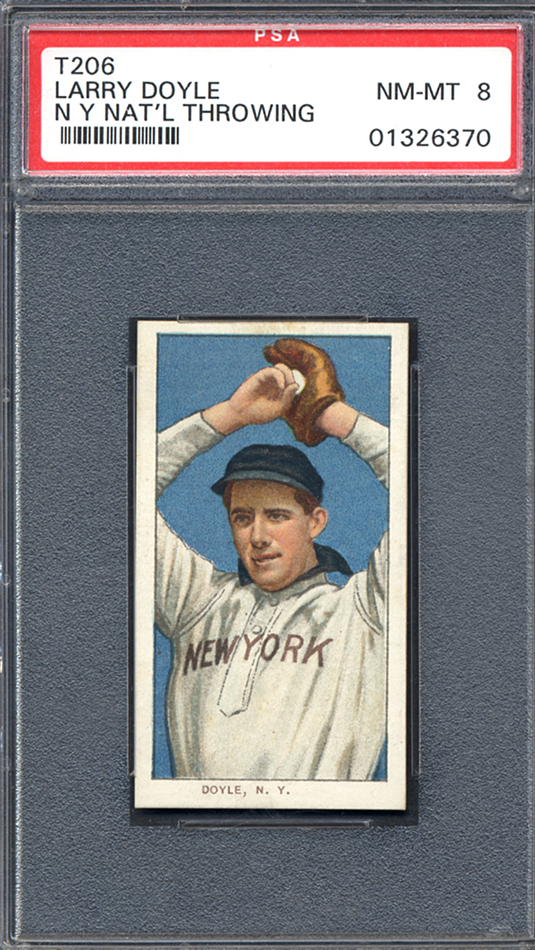 The third most expensive baseball card is of the year 1911. It was issued by Piedmont Cigarettes and cost only 30 pennies at that time. It was the price for the picture of a great baseball player printed on its face. That was the picture of Joe Doyle. ‘Slow Joe’ is the nickname given to this man for his peaceful innings that he used to play the game. This man also belongs to the New York Yankees which has been proven to be the best baseball of America for many years. In the card, the player is wearing his team’s shirt and had a glow on his one hand and has a ball in the other. This card values $425,000. 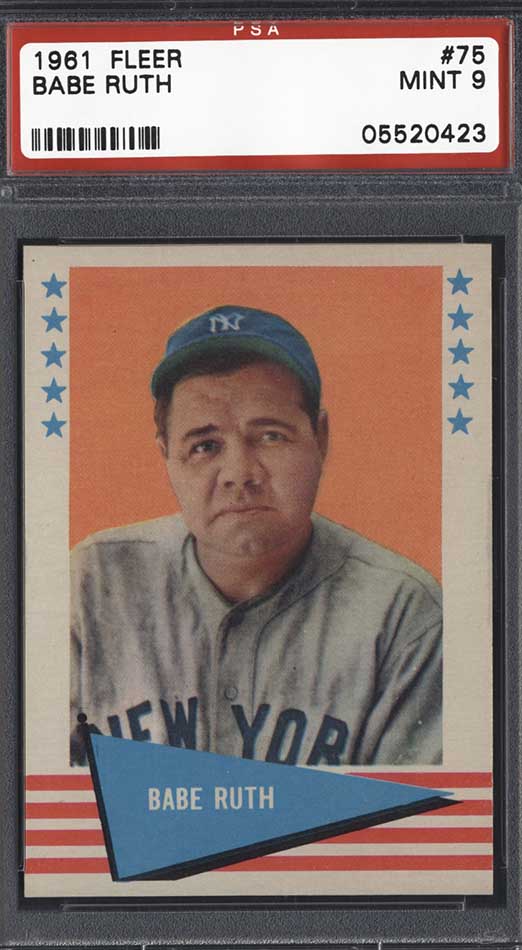 This man belongs to Boston Red Sox, who has been one of the greatest player in the world for baseball. There have been many cards on which his picture has been printed. But most famous of them is the Rookie card that was published in 1914. Baltimore News was the company that issued this card during world championship of 1914. And due to this fantastic issue and a great man’s picture on its face, this card got a much value among the card collectors. That is equivalent to $517,000 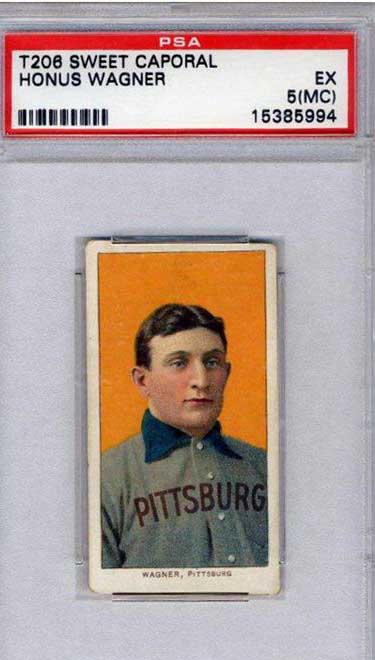 Here it comes the top most expensive baseball card, which values $2.8 million. Honus Wagner is one of the most expensive baseball card of the world. This card has a picture of great Honus Wagner on its face. Sweet Caporal Cigarettes is the company that issued this card officially in 1911. Thus, the year of Natal of this card has generic uniqueness, as it remember us the great tournament of baseball that held in 1911. Many publishers have tried to mimic this card, which were named as fake by the hobbyist of baseball collectors. But no one can substitute the originality of guenon things.

Hobbies are good to have. They keep us busy and become a good way of spending our leisure time. But some people set their hobbies in such a way that they not only get mediation by perusing their hobby but also make themselves earn out of it. Same is with baseball card collection. It is such an activity in which people not only feel accomplished by collecting unique cards but also earn out of it. How earnings comes, it’s quite simple. People sell their vintage cards for high prices. More than that, if a card has an expensive autograph of some special person from related to the game, it makes card’s value increased. Similarly, those cards that are tickets for some low-class tournament of a poor country, this card will not have a great value. But it’s not all about money, it’s all about the craze, the craze that people like to keep unique cards. And for that, they bear a lot of costs and even then, they are happy in it.