After the 21 century, the boundaries of flight have been extended. Although flights are a part of history, now they are extended to a higher level along with the advancements of engines and providing controls that made sustained flights possible. New technologies and designs are developed that makes aircraft to a higher level, faster, larger. After the 2nd world war, aircraft is stepped into the high level as opposing militaries. After this military aircraft was developed that produced impressive planes. In this article, we will discuss the top ten largest military planes that have been ever built, and they are as follows:

Me 323 is considered as one of the massive planes that have been ever built. It was created from the glider by the Germany military forces. It has six engines on the glider. It can carry 130 troops, light vehicles and 10 tons of cargo. This military plane is very large and is very slow which make it an easy target for enemy fighter planes. 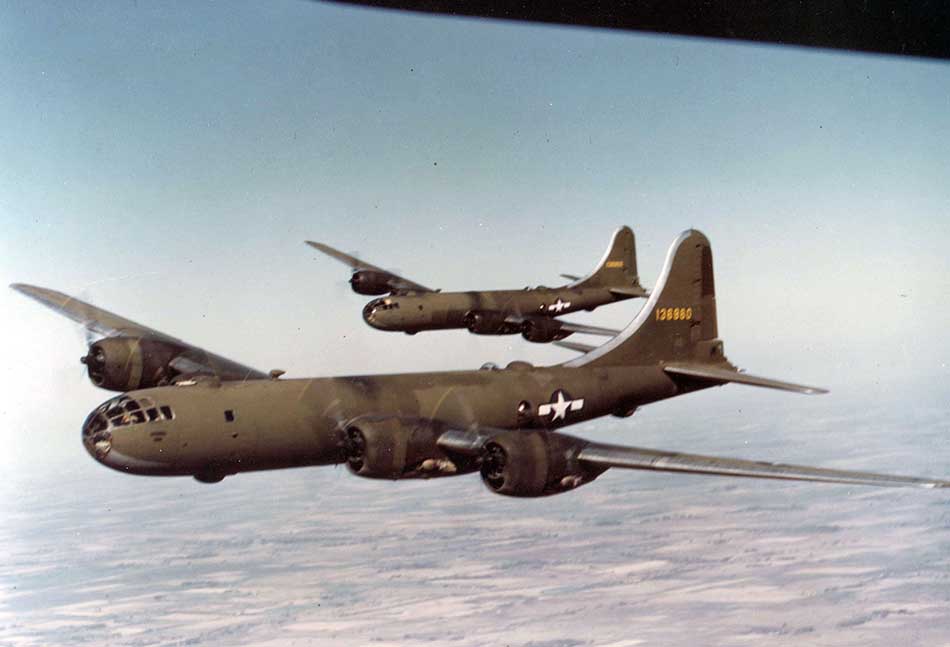 Boeing B29 super fortress was introduced in 1944 and was considered as one of the largest and advanced bombers in the world. It weighs about 37 tons. It is almost 100 feet long and had 141foot wingspan. It is the largest strategic bomber of the time. It was used in Pacific during the bombing campaign against Japan. It is the aircraft that dropped two atomic bombs on Hiroshima and Nagasaki. This military airplane was fully equipped with a fire suppression system and armed with remote control turrets. Its design was so famous that Soviet Union took three captured samples and copied them to create TU-4 strategic bomber. 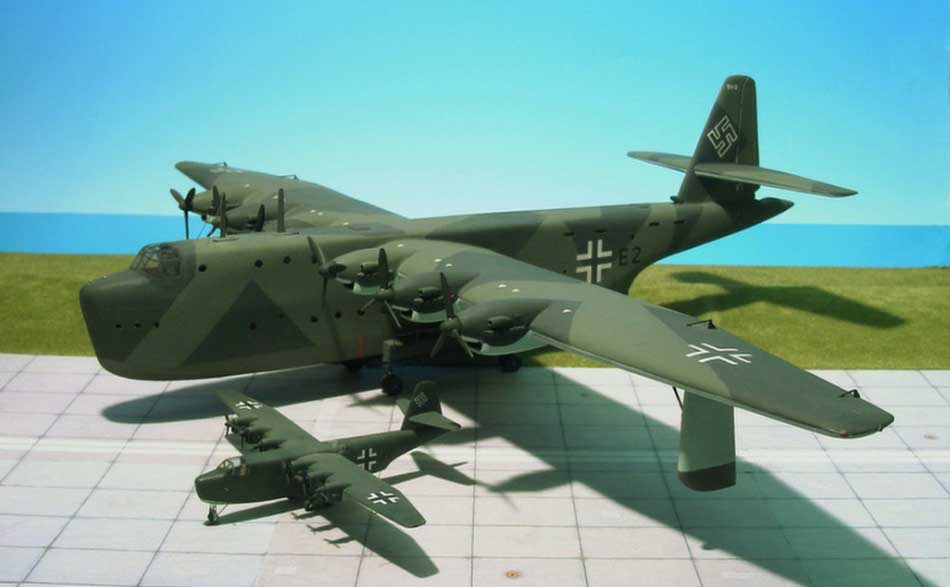 Blohm und Voss BV 238 is the military plane that was introduced by Germany and was first flown in 1944. It is the heaviest aircraft that has been flown up to that point in history as the largest axis aircraft of the Second World War. This military plane was constructed after the Second World War. It weighs about 60 tons empty. It has 197 feet wingspan armed with 22 machine guns and light cannons and crewed by 12 people. It can carry up to 20 bombs or four guided missiles for use against ships. It is the best use for the navies of allied forces. 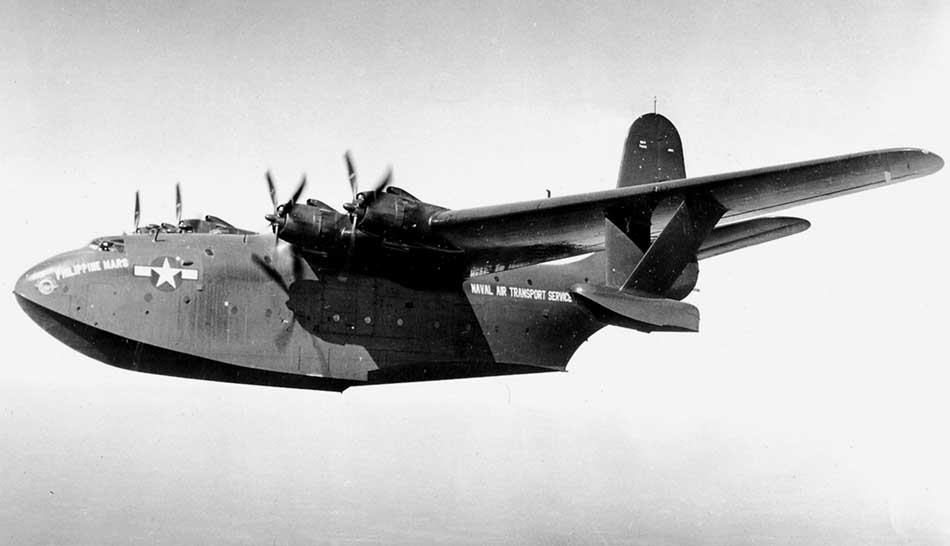 Martin JRM Mars is considered as a largest flying boat to ever enter production. In Second World War, the US Navy considered this as a massive aircraft that can be used for patrol and transport duties in the Pacific theaters. It is powered by four engines. It has a 200-foot wingspan. It is 38 feet tall and 117 feet long. It carries 130 passengers, 16 tons of cargo and light vehicles. For patrol purposes, it carries enough fuel to fly nearly 8000 km. It is considered one of the massive planes that can be used as a water bomber. 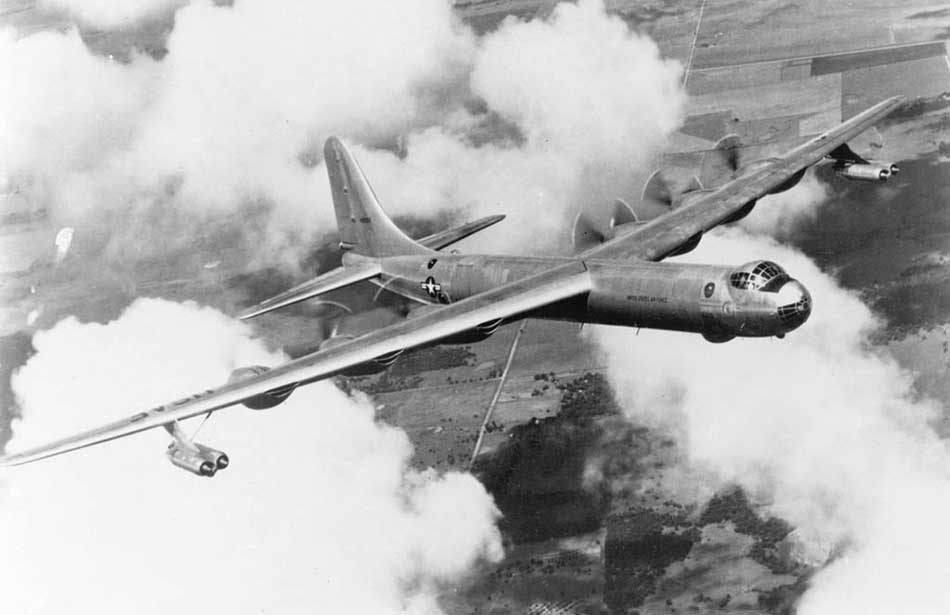 Convair B-36 is the largest mass-produced piston engine aircraft. A kit was introduced when jet aircraft became the norm. It was initially conceived as a bomber that strikes Nazi Germany and later Japan from the United States. It was the only aircraft in service that carries nuclear weapons to the USSR. It was the primary strategic bomber in the US nuclear. It had a 230-foot wingspan and was powered by six-piston and four jet engines. It had a crew of 13 and can carry 40 tons of bombs over 6400km. 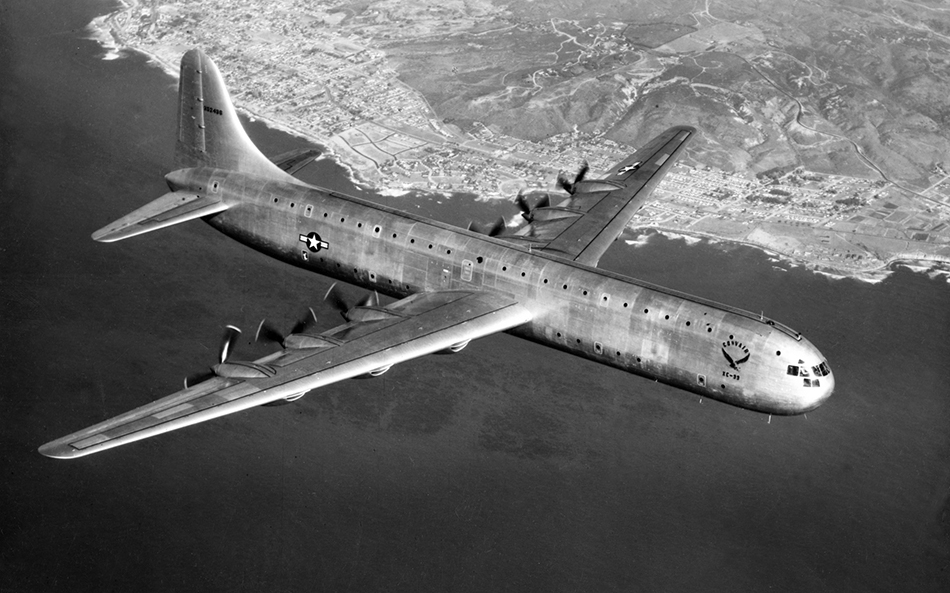 Convair XC-99 was developed from the B-36 Peacemaker bomber. It was the most impressive aircraft. Convair XC-99 has the same wings and engine as its bomber version. It supports a double decker cargo bay. It is also 182 feet long, 20 feet more than the bomber version which makes this the largest piston-engine plane ever. The kit can carry up to 50 tons of cargo or 400 fully equipped soldiers. In 1957, it was retired because it eas too big and expensive and the current fleet of smaller cargo aircraft suited the needs of US armed forces.

Antonov An-124 is the world’s heaviest military cargo plane that was introduced in Russia. It is powered by four massive turbofan engines.it is 68 feet tall and 240-foot wingspan and is 226 feet long. It has large carrying abilities. It can carry up to 150 tons over 3000 km. It is the first cargo plane that can carry up to 350 people in the modified cargo bay. During operations in Iraq and Afghanistan, it performed extra hauling activities. 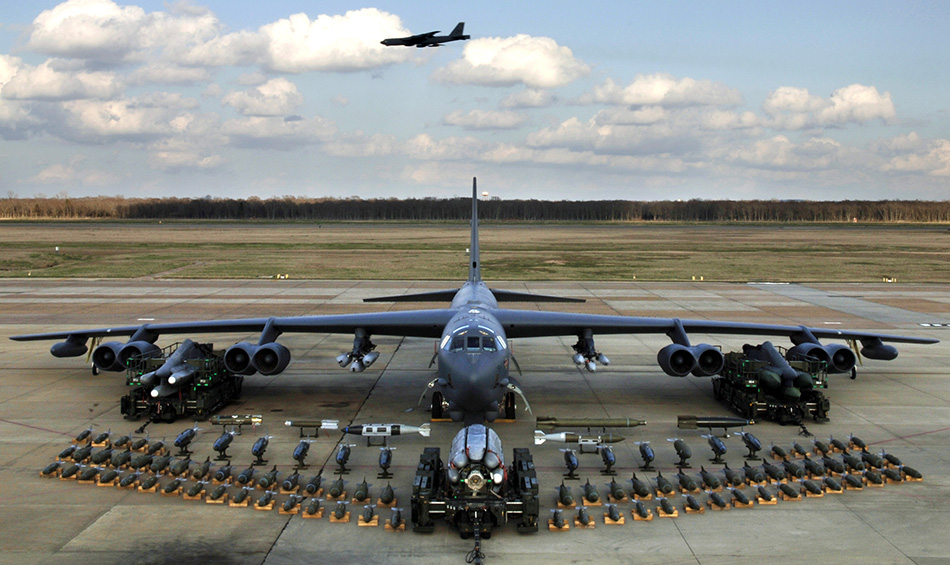 Boeing B-52 was introduced in 1962. It is three tons lighter than the US B1 lancer. Its 159-foot length and 185-foot wingspan make it the largest bomber in US service. It can carry everything from nuclear cruise missiles, anti-ship missiles, and conventional bombs. It provides the US military with considerable punch. This missile bomber has a greater life expectancy than crew flying it.

Tupolev Tu-160 was introduced in late 1980’s and was introduced by SOVIET UNION having many features of B1 Lancer, but it was much bigger than b1 lancer. This Russian bomber has 189-foot wingspan and is 177 feet long. At current Black Jack is the largest military aircraft. Tu-160 is also the heaviest military airplane regarding its takeoff weight having a weight of 300 tons. It can fly twice at the speed of sound carry up to 44 tons of bombs and cruise missiles. Currently 16 military planes are in service along with the Russian forces.

Antonov AN-225 is on the top of the list of a military cargo plane. It takes off at 275 feet long with a weight of 640 tons. Antonov An225 is the longest and heaviest plane ever built. It has 290-foot wingspan means it is the largest wingspan of any current operational airplane. It has 142 feet long cargo hold that is longer than the distance covered by the first Wright flyer. It looks like an An-124 with extra engines. It is a strategic military transport capable of carrying around 270 tons. It is considered as a heaviest and largest military cargo plane.

In this article we have discussed about the top ten military planes that have been ever built and we have concluded that due to the advancements in engines and technology airplanes are also promoted to further levels in which one of them is military airplanes .after explaining this article we concluded that is Convair XC-99 the largest military aircraft that can carry up to 400 soldiers and Martin JRM Mars is the largest cargo aircraft carrying up to 130 passengers and Tupolev Tu-160 is the heaviest and largest aircraft in the world.