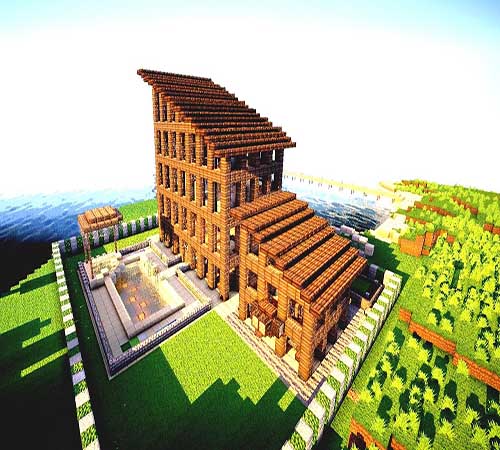 In this article, we will discuss what are the cool things and the best ideas which are necessary to be made in the Minecraft. First of all, we should be aware of the fact that what Minecraft is?Minecraft is a sandbox video game which is written in JAVA and is created by MARKUS “NOTCH” PERSSON. Minecraft is examined as one of the best ways to establish youth and new individual to coding.

It is also a passion in the world of computer especially for individual beings who are more creative in locating unique things. A lot of unique things can be build up in Minecraft. Not only it helps in making new things but it is also an educational instrument it has great potential as a tool for education, and with its help, a wide range of concepts, solution to problems, ideas, etc. can be taught. It is considered as the most useful tool.
Here are the best ten possible ideas which are necessary to be built in Minecraft: 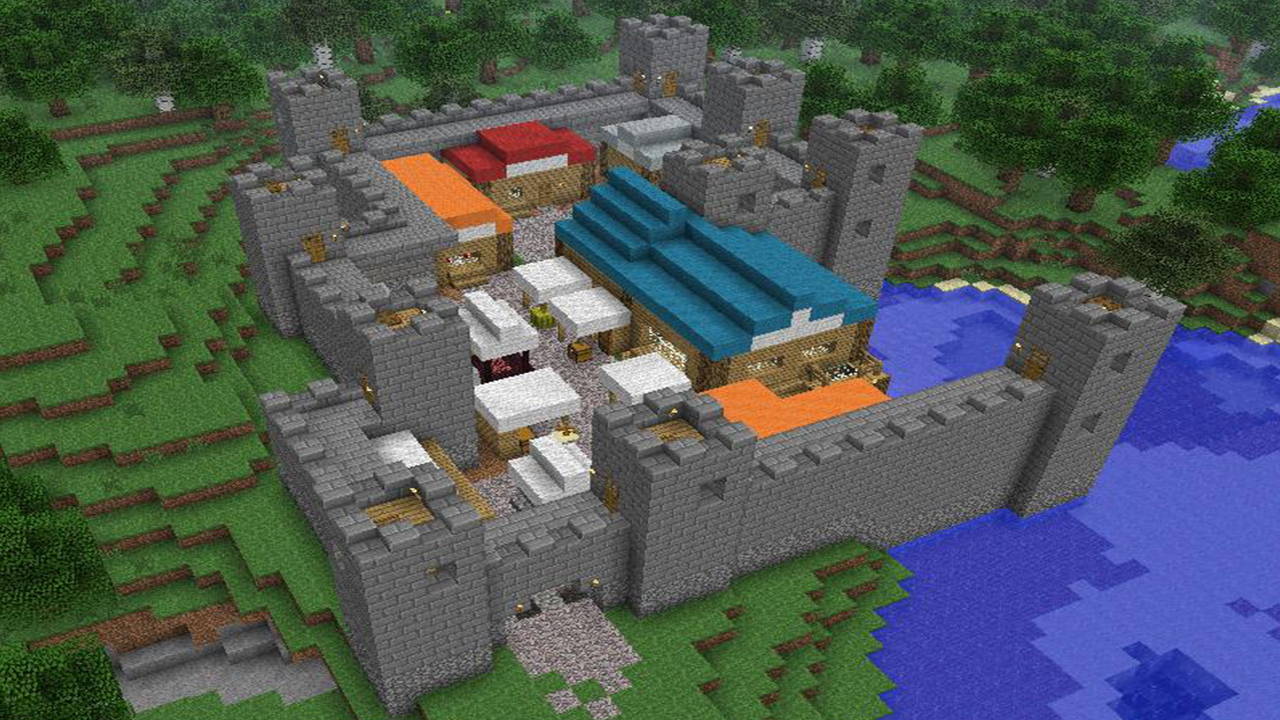 If there is a luxury of time, then it is possible to create a private city-state. It requires a proper planning system, and there is a need of surety that roads are well lighted. Location of buildings and houses must be accurate, and people should have easy access to the transportation system. While inventing a city not only creativity works but a proper management is required, such as food, trading system and all essential things that a city needs. 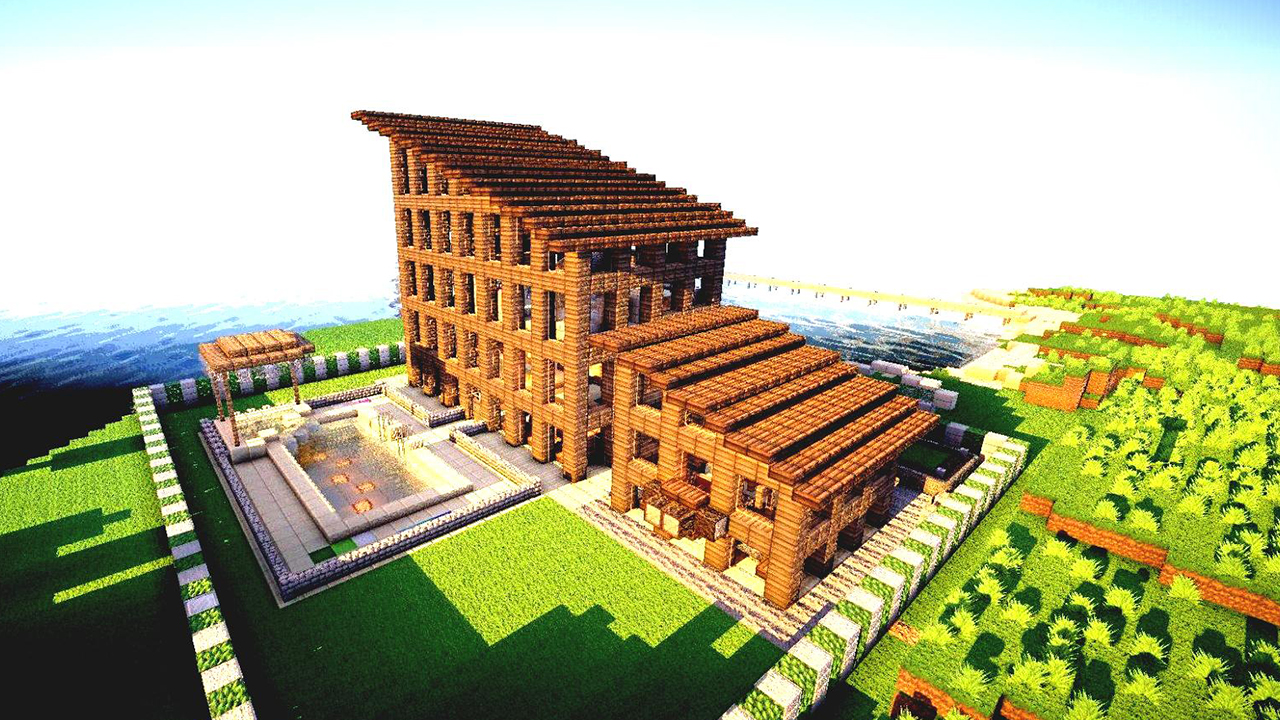 If a person wishes to create a futuristic landscape, then it is also possible. The only main thing is that a person should be creative and should have excellent skills to work in Minecraft. Even nature can be merged with modern things such as building trees alongside the buildings. A huge tree can be used because with the help of its roots, branches, etc. homes and pathways can be established. Inner desires of an individual can be built with the aid of Minecraft. Whatever a person wishes in a real world he can enjoy his inner desires easily in the world of Minecraft, and there will be no objection raised on behalf of others. 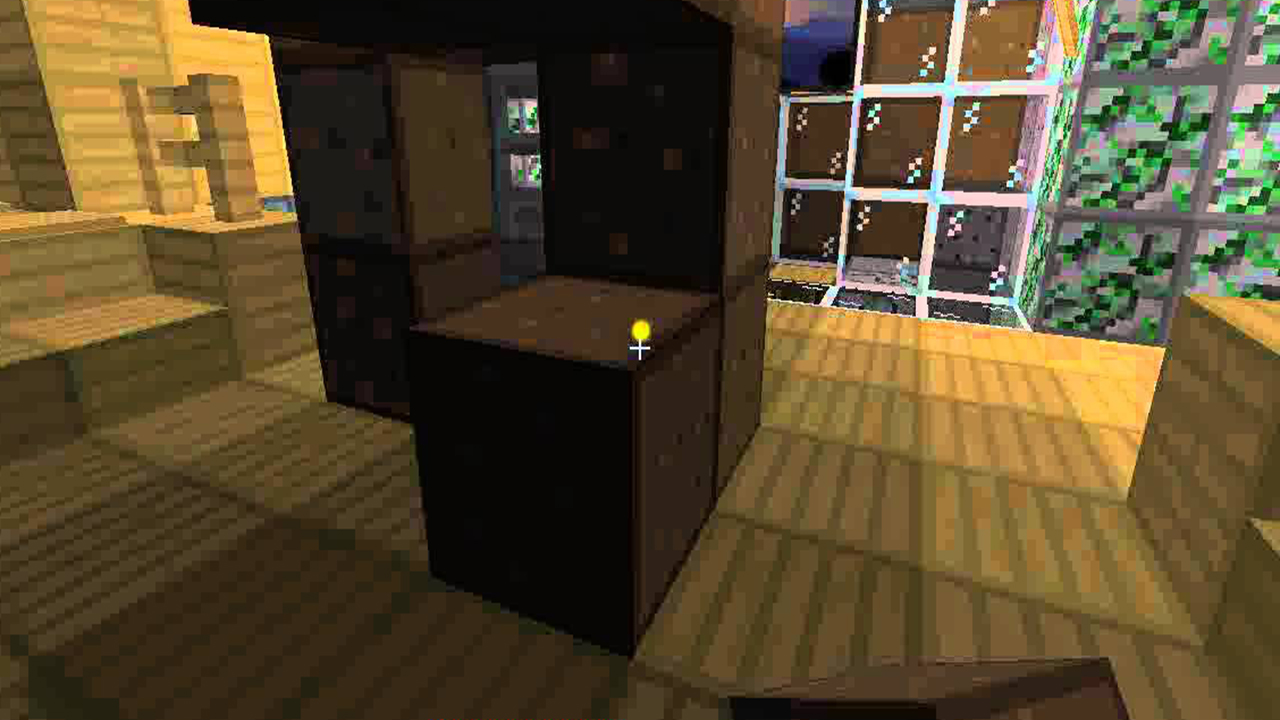 If anyone is tired of being stuck then why not get your revenge from those people who are establishing such traps? If anyone is grieved, then there is a tendency to react to such individuals who did that. Such evil people can be caught by building a griefer trap. If anyone is not aware that how to create trap then the one should seek help from the internet, and there are many traps which are available and one can easily get rid of such dangerous fishes. 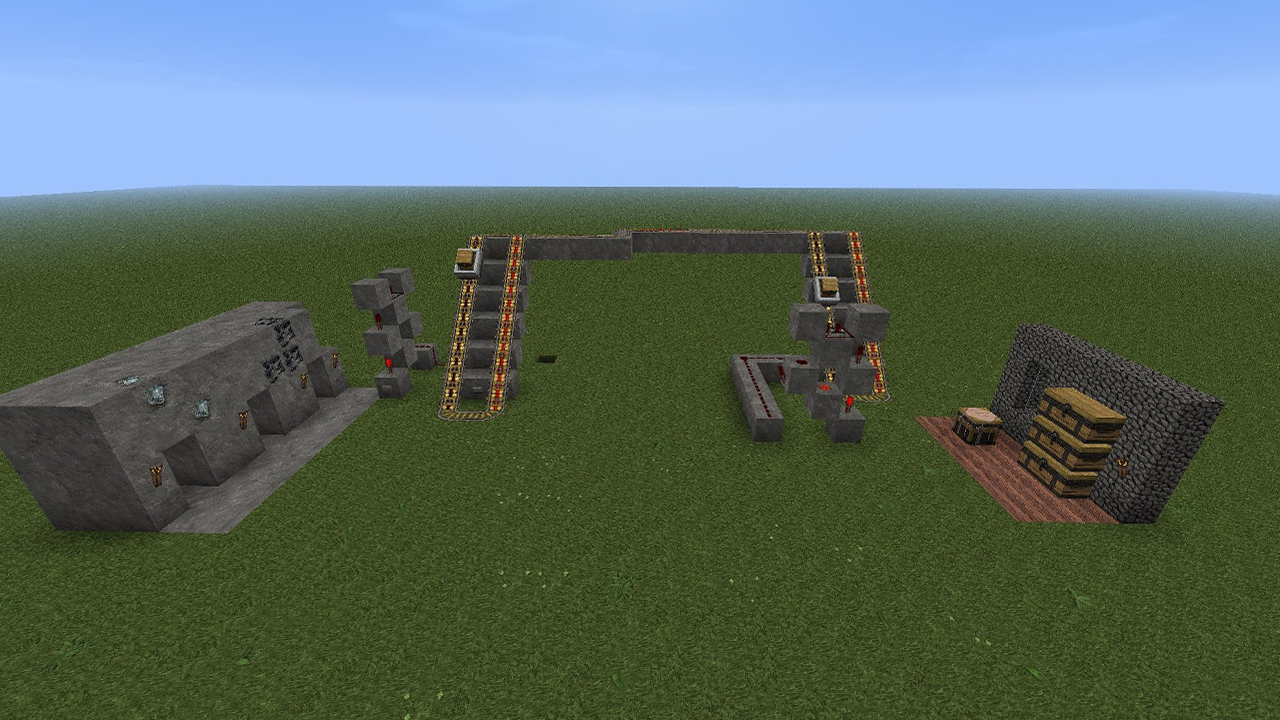 It is possible through Minecraft to build a transportation system. The transportation system for trains, boats, airplanes can be created and can be taken into use.For establishing a train system, there is a requirement of carts, tracks, and red stones. It is also possible to put them in a mine from where it is possible to get diamond and gold to build houses and even train stations too and furthermore people can ride when they go to visit the world. Even ships can be created such as Titanic and can easily sell around the world, and there is no fear of striking with the icebergs as long as they are not placed in Minecraft sea route. 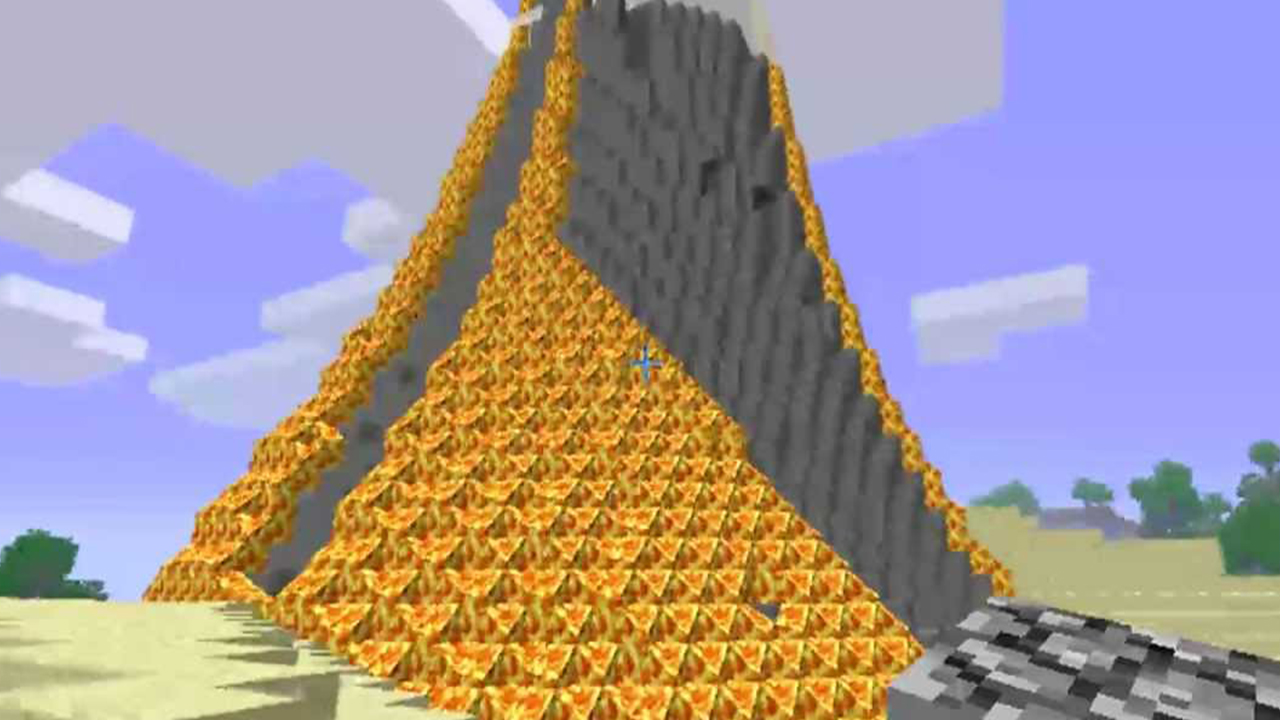 Cities were excluded through volcanic eruptions as it happened in Pompeii. But we did not want this to happen in our present world, but entire scene can be created by making a volcano and a city, be assured that if you want to live there then there should be security measures. A secret fortress can be built under the volcano, and there will be no state of fear that lava will burn. The major thing is that glass should be build that can hold lava away and light of high intensity can be used because heat can be utilized from lava as a light

5) KING’S LANDING IN GAME OF THRONE: 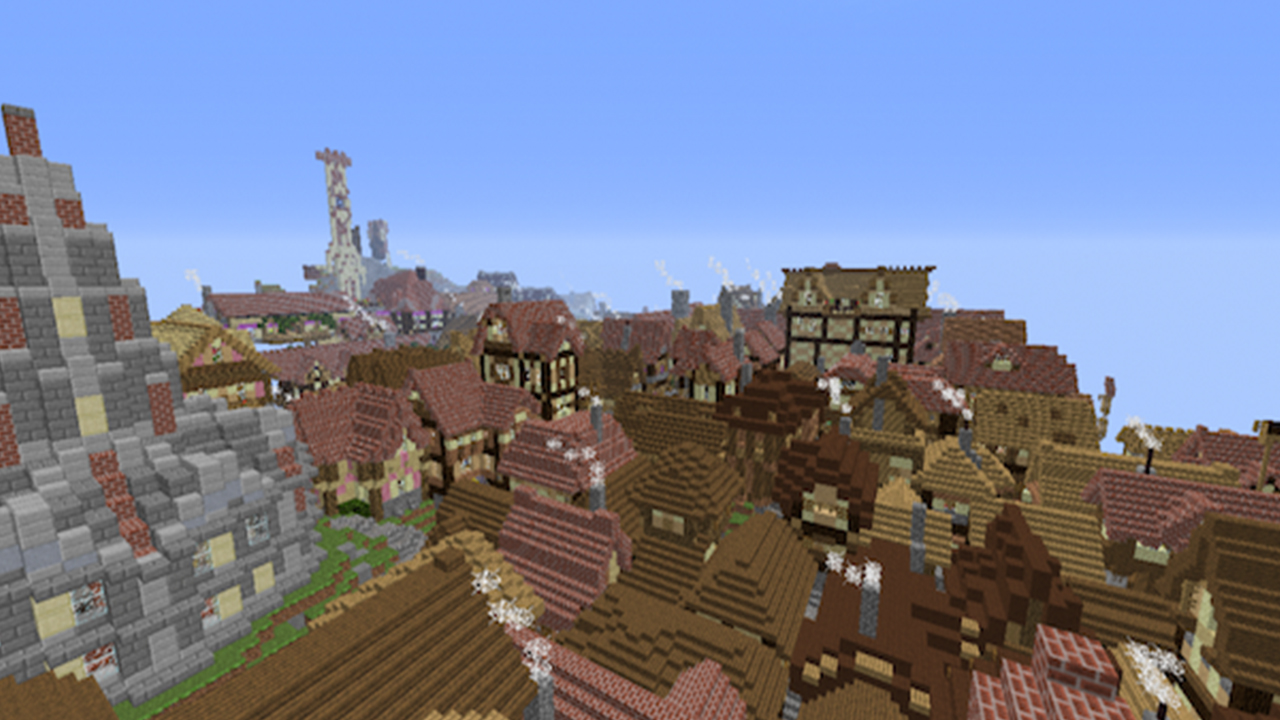 It is considered as one of the top things to build in Minecraft, it might be hardest as it requires collaborative attempt and a significant amount of time to make it as it is. Particularly it is not possible to make it alone, but a group of people is required.

4) YOUR PERSONAL SPACE AND SPACESHIP: 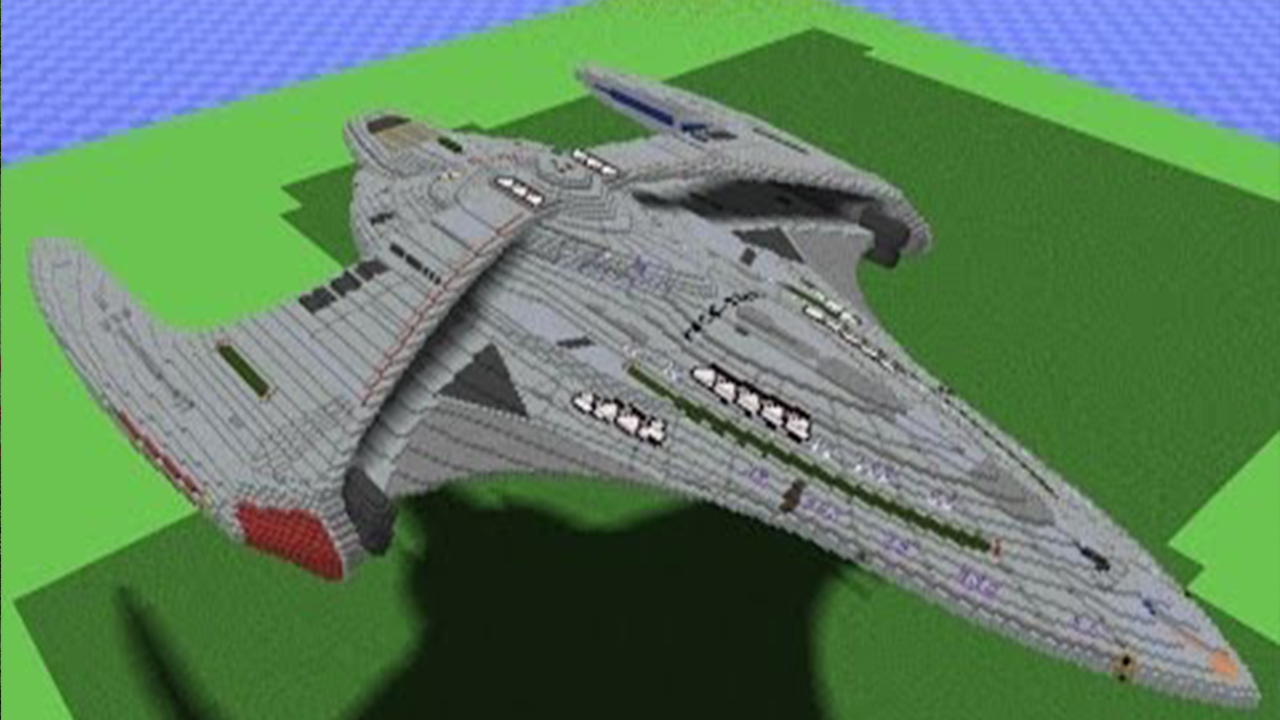 If a person loves to enjoy his/her life by living in outer space, then it is possible to build a ship and then that person will be able to see the outer space with the help of its creativity. It is the cool thing to build in Minecraft. Minecraft is invented with the support of obsidian blocks.  If the outer space is settled, then there is a need of creating planets with the help of codes or plan to come up with the big spheres. As it is evident that the world will not survive without the sun, so there is a need for sun invention by using lava. Spaceship can be build if we have perfect outer space and with the help of it ship can float from one planet to another and can become our temporary or permanent

3) BUILD A FORTRESS UP IN THE SKY: 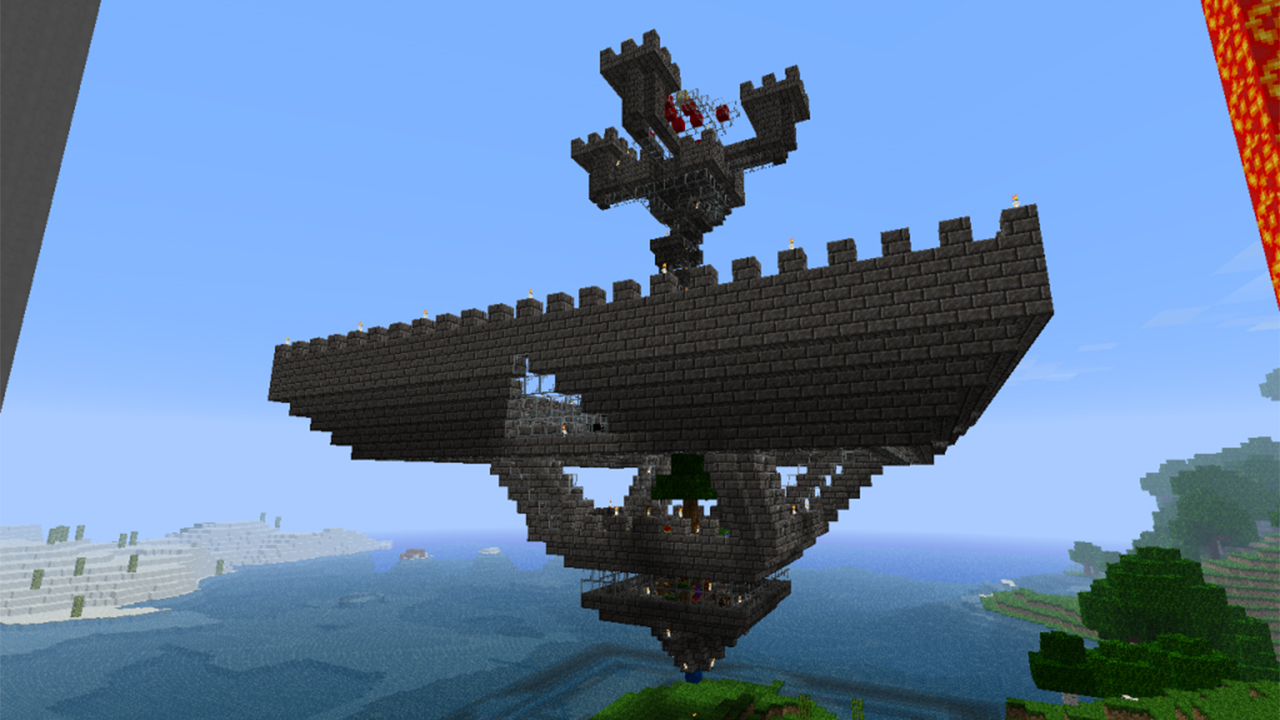 Most people are advanced thinkers.We have a flying car in reality, but it is not being sold in the market yet so why we should not strengthen our creativity and build a home up in the sky? It is only possible with the help of Minecraft. Sky Fortress is an amazing thing to make in the Minecraft as it requires no help of instructions. The only need is that a person should be creative enough and should have excellent ability that the sky home will be attainable and that you will relish residing there.

2) BUILD A HOUSE FROM DIAMONDS AND GOLD: 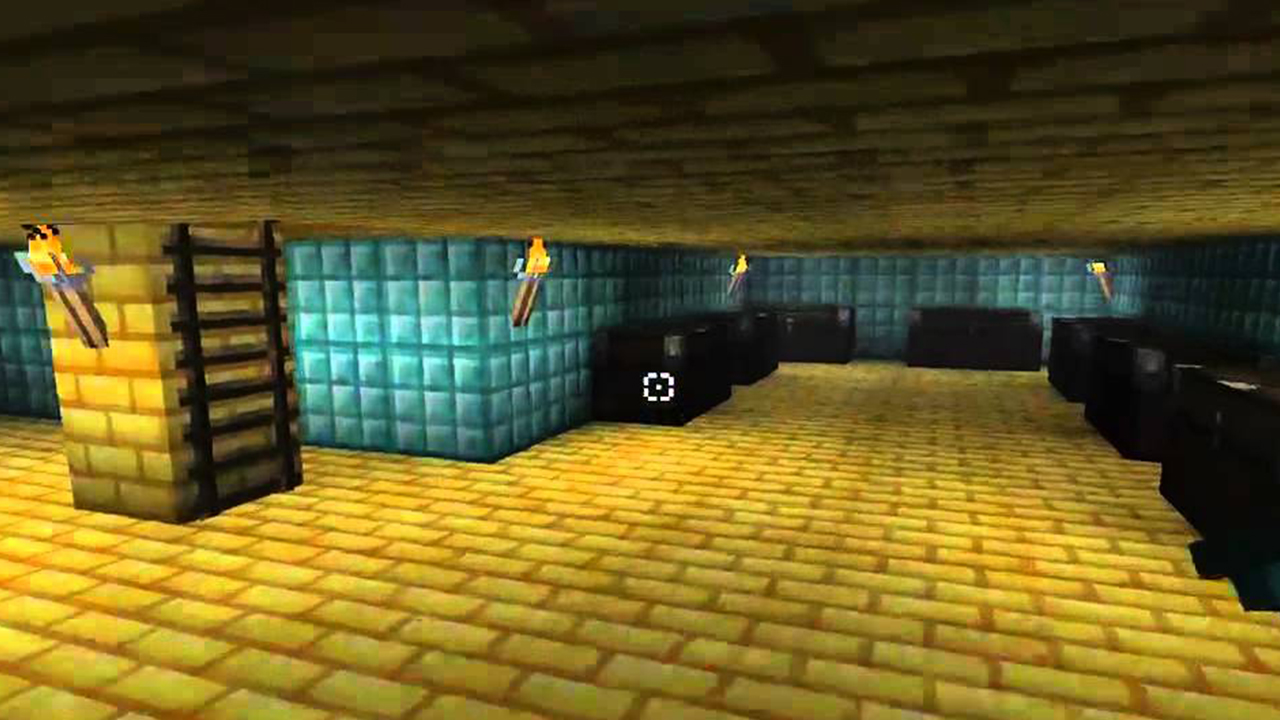 Everyone in the world dream of making a house with diamonds and gold and this type of dream can be fulfilled by making a house in Minecraft. In real life, houses are built up with the help of cement and woods. But in contrast, by building a house with gold and diamond is considered as a fresh Minecraft’s material. A person can use many diamonds and gold according to his desire because it is his wish and creativity and furthermore no one will object. And if in a case house is small then there is an open choice for a person to convert it in a castle with the help of Minecraft.

1) CREATE A LABYRINTH OR ADVENTURE MAPS: 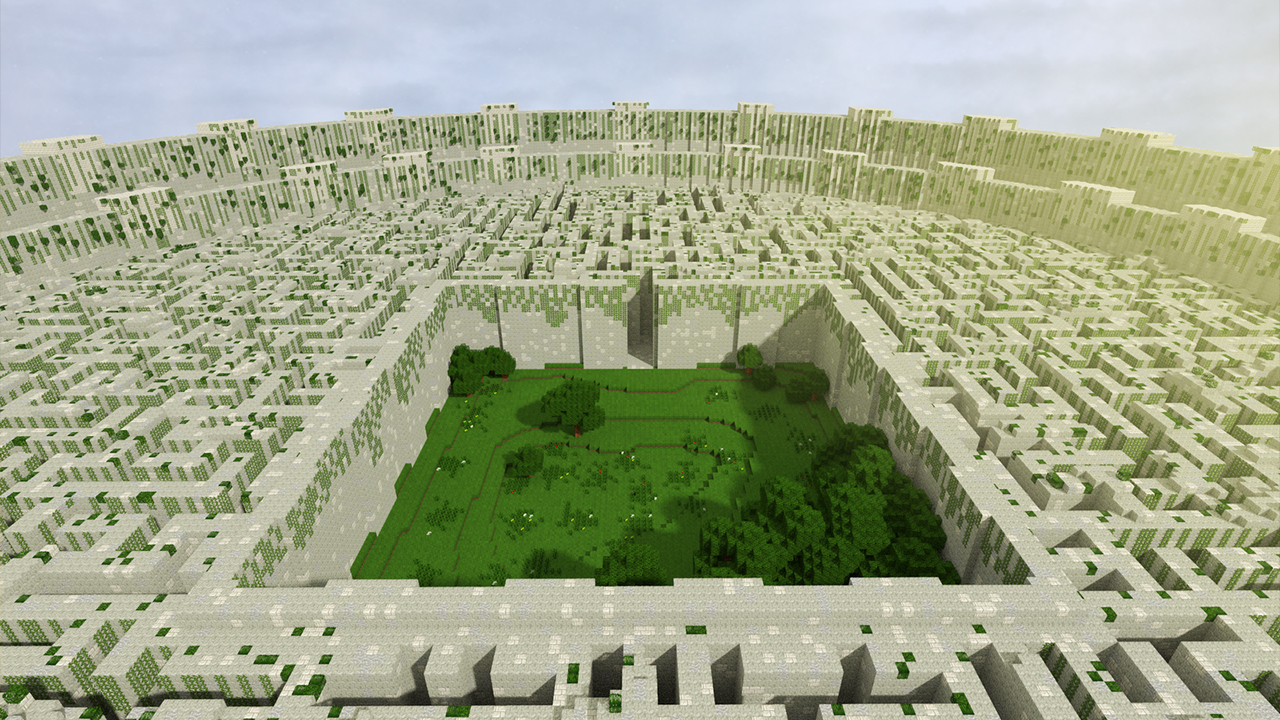 For the higher level, it is necessary to create a maze or an adventure map where other users can relish the dark as they will engage in surpassing all the dates and severe hurdles which are placed inside maze or the adventure map. While creating such type of material the basics about the things you are going to create should be known by an expert, and he should have a keen observation of entrance and exit points of challenging material while creating them on labyrinth or perhaps place fun episodes that can attract people to examine on their adventure map.