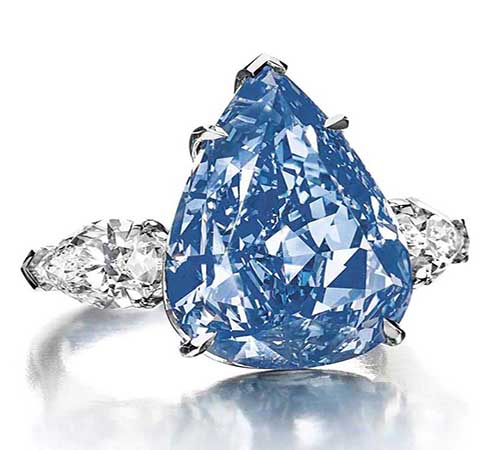 Every woman in the world loves to wear beautiful things to look more attractive and luxurious. Jewelry is the essential item in the overall look of the woman and enhances its look as well. There are many items in jewelry which can be used by a woman. It is said that people are making and wearing jewelry from almost thousands of years. There are many jewelry items that are very expensive and true explanation of the art and traditional look. The most expensive jewelry is used by the rich or big celebrities who are made from precious diamonds, stones, and gold. Not only a woman but also men are now concerned about the jewelry that is watches, cufflinks and engagement ring. Jewelry has different meanings for different types of people as some people take them a symbol of love, status, art and luxurious life. Some big jewelry designers are coming up with the precious stones and materials that are very rare and expensive. There are many jewelry brands in the world which are designing perfect jewelry that is loved by all the rich people of the world. The wealthy and rich people are always in search of rare and unique creations to maintain their status in the market, and those pieces are normally sold in auctions.
The following are top 10 most expensive pieces of jewelry in the world: 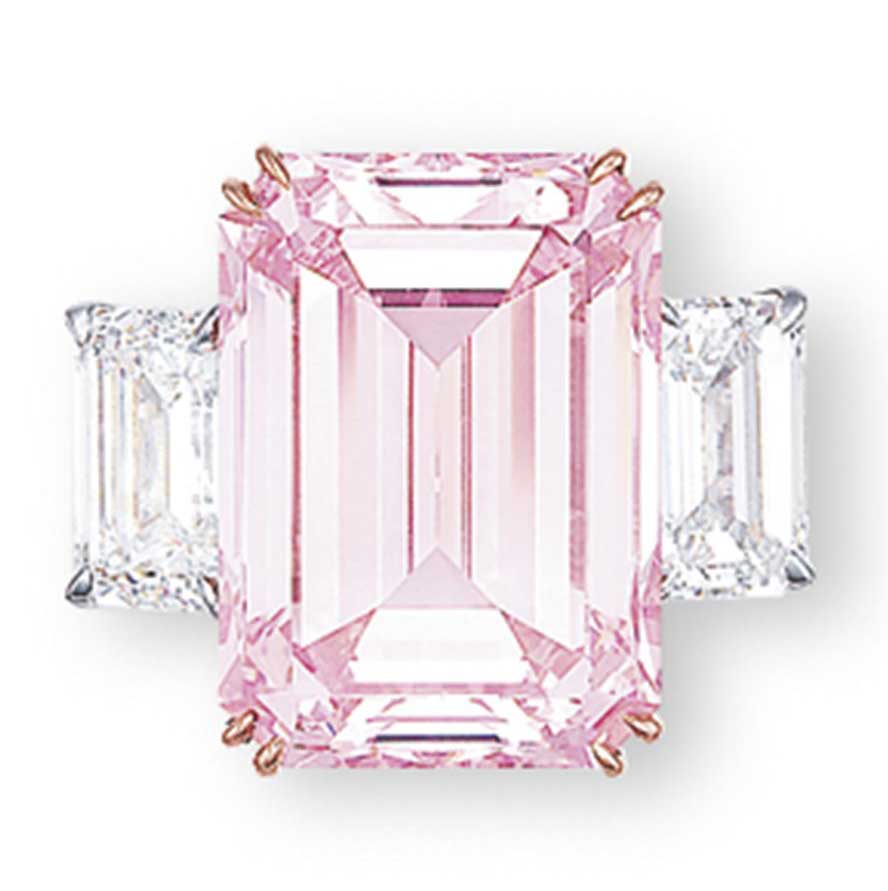 It is said by the experts that pink diamonds are normally more expensive and weigh more than 0.20 carats. These pink diamonds are very rare, and their color is also very pure without any additional color in them or reflection. The most expensive pink Diamond was sold at Christie house in Hong Kong at the high price of $23.2 million in an auction, and it is commonly called as the perfect pink. The size and color of the diamond are very pure and lives up to the mark as it sets record for most expensive jewelry item sold in whole Asia in an auction. 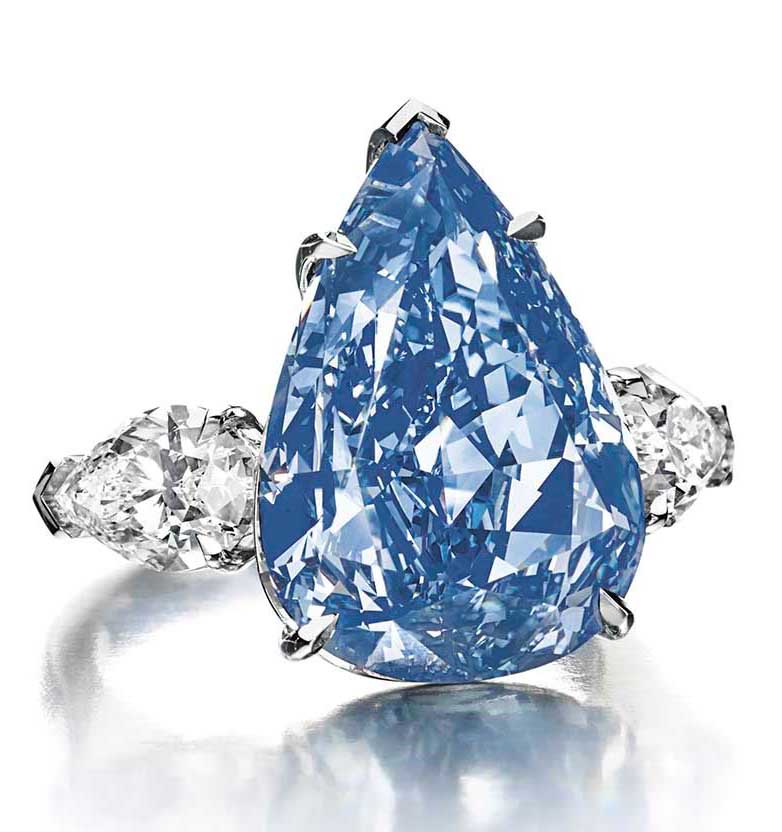 The Winston Blue is a ring that was sold as the engagement ring at the high price of $23.8 million and was off 13.22 carats. Till 2014, only a few pieces of the blue diamonds were sold in the whole world in an auction that was between 10 to 12 carats. This 13 carat ring is very large one and was sold at Christie in an auction conducted in Geneva. The history of this diamond is not known in the world, but some experts claim that this diamond comes from South Africa where all the blue diamonds are invented. 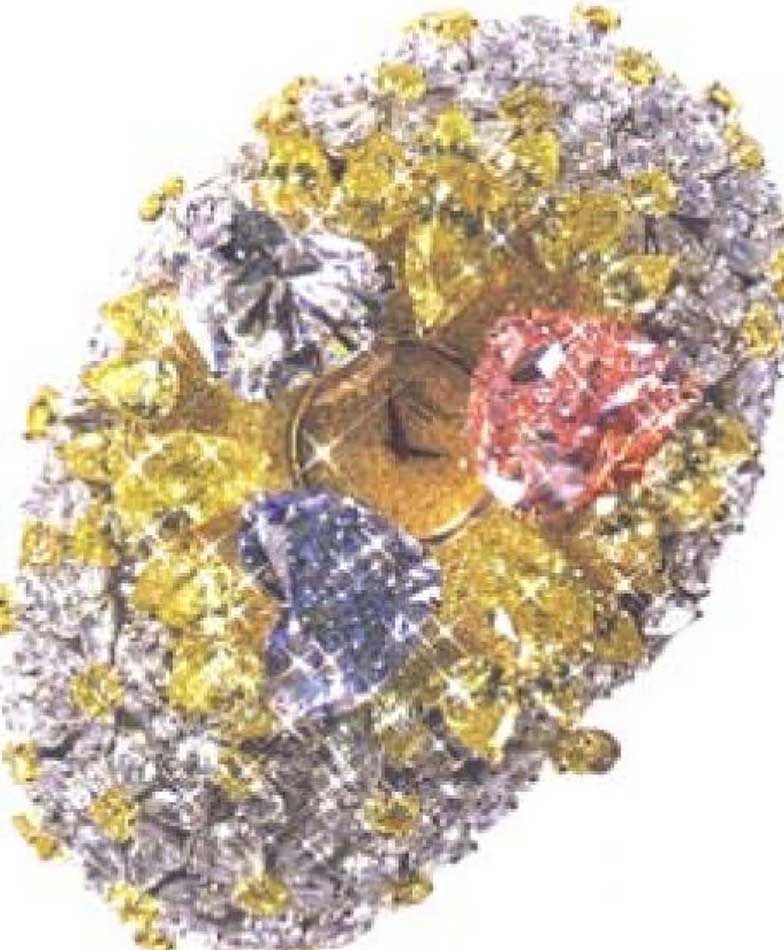 Chopard 201-Carat watch is very different kind of watch and a technical one as well. Chopard is famous all over the world for its luxurious and high class watches. They always combine their special features and make them more attractive to the people. This watch is entrusted with almost 874 diamonds in different in 15 carats. It is made with the theme of wow to make it more appealing for the watch lovers. This watch is considered as the mountain of diamonds which has a small watch in it. The price of this attractive watch is $25 million. 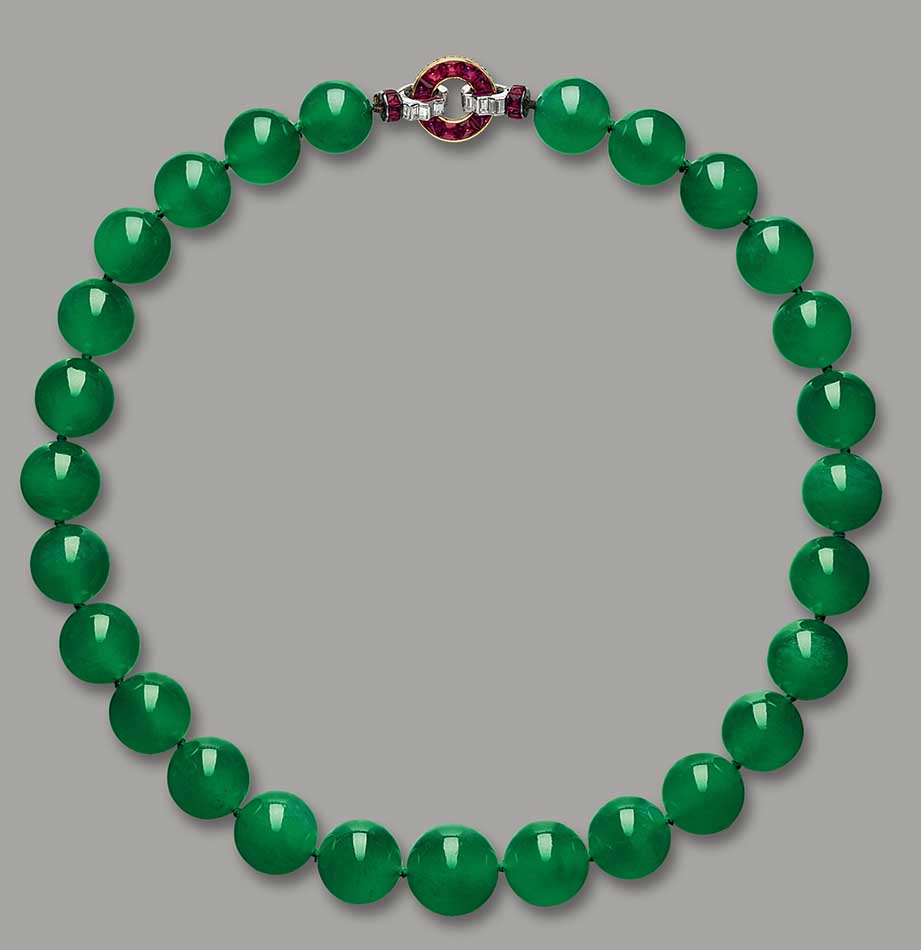 The Hutton-Mdivani Jadeite Necklace was in the ownership of many famous people in the world. Some of the most famous celebrities like Barbara Hutton and Princess Nina were the proud owners of this most expensive necklace in the world. It has made with almost 27 emerald green beads of Jadeite. The finishing of this necklace is done with a diamond, ruby, gold and platinum to make this necklace secure and more beautiful. The price of this necklace is estimated to be $27.4 million. 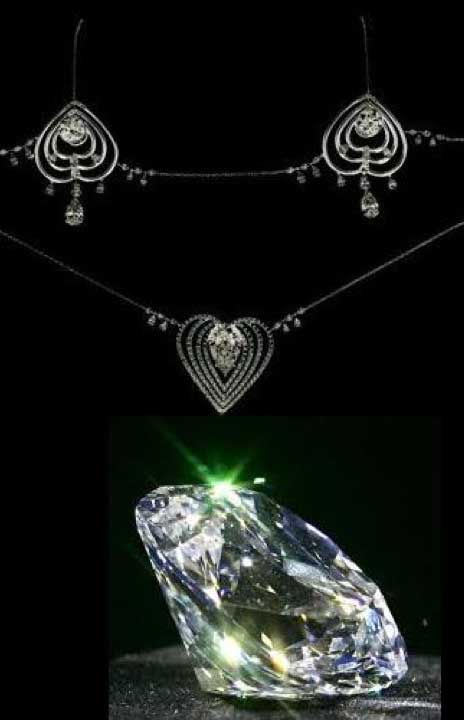 It is very different kind of Bikini as it is not made of fabric, but it is out of your imagination that bikini is made from expensive diamonds. The price of this expensive and luxurious bikini is $30 million. The bikini is made up of total 150 carats of diamonds. It was made especially for the competition in 2006, and Molly Sims wore this. Molly Sims was also shocked to see this that she has to wear this for the event as it was a little uncomfortable and didn’t cover her much which was the bad part of it. 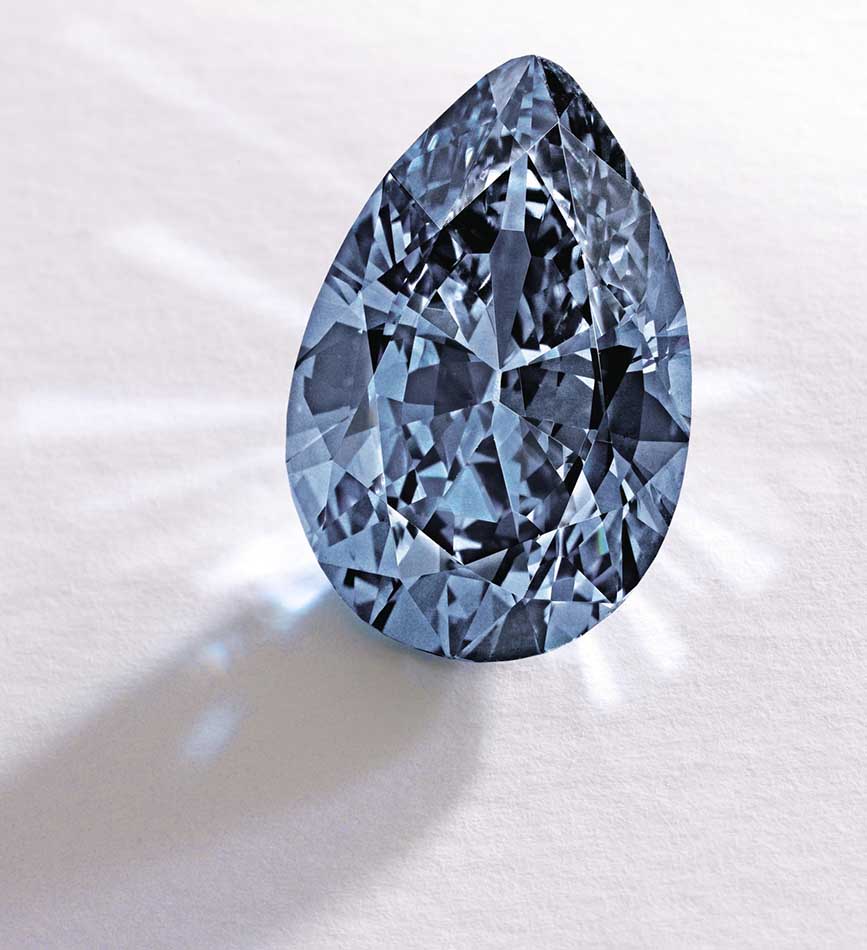 The Zoe Diamond was the part of Rachel Mellon`s collection which was showcased for auction in 2014. The best thing about the whole collection was this diamond. It was said that this diamond can be sold at $15 million, but it was shocking that in an auction this expensive and luxurious Zoe diamond was sold for $32.6 million. It is considered as the most expensive blue diamond in the whole world which has the price for it’s per carat to be $3.3 million and is very beautiful and luxurious. 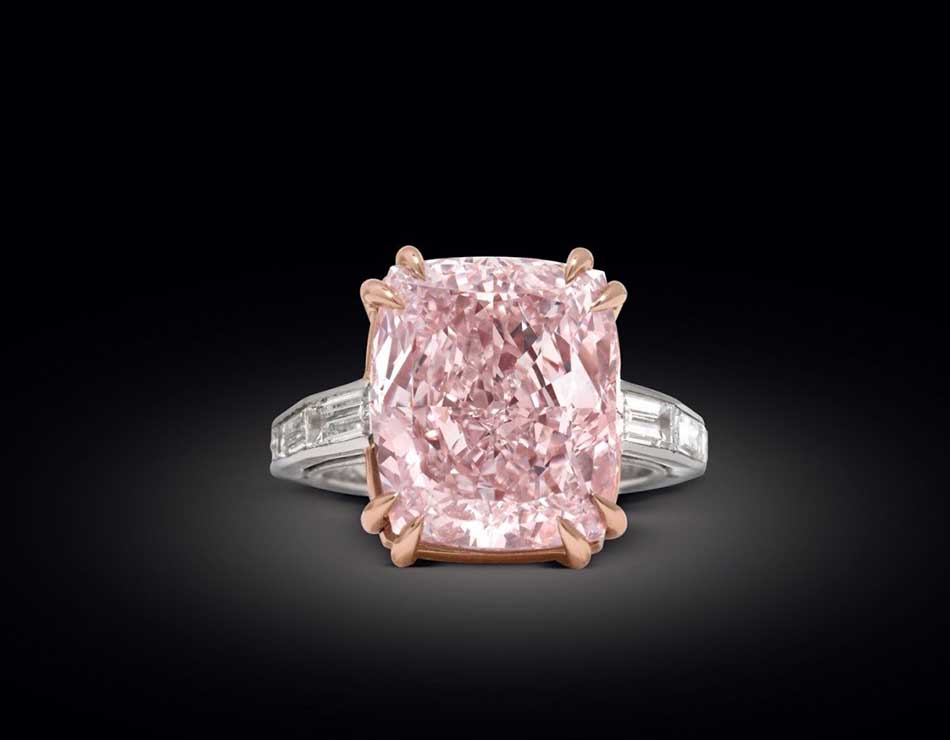 The Graff Pink ring was presented in an auction for sale in 2010 and was expected to do well there. But it was shocking for everyone that this ring was sold at $46.2 million which is considered as one of the most expensive jewelry item ever sold in the world. It is made with 24.78 carats of luxurious pink diamonds that was owned by Harry Winston. It had very rare color and was the best thing ever discovered in the world. In 2010, it was purchased by Laurence Graff for almost $30 to $38 million. 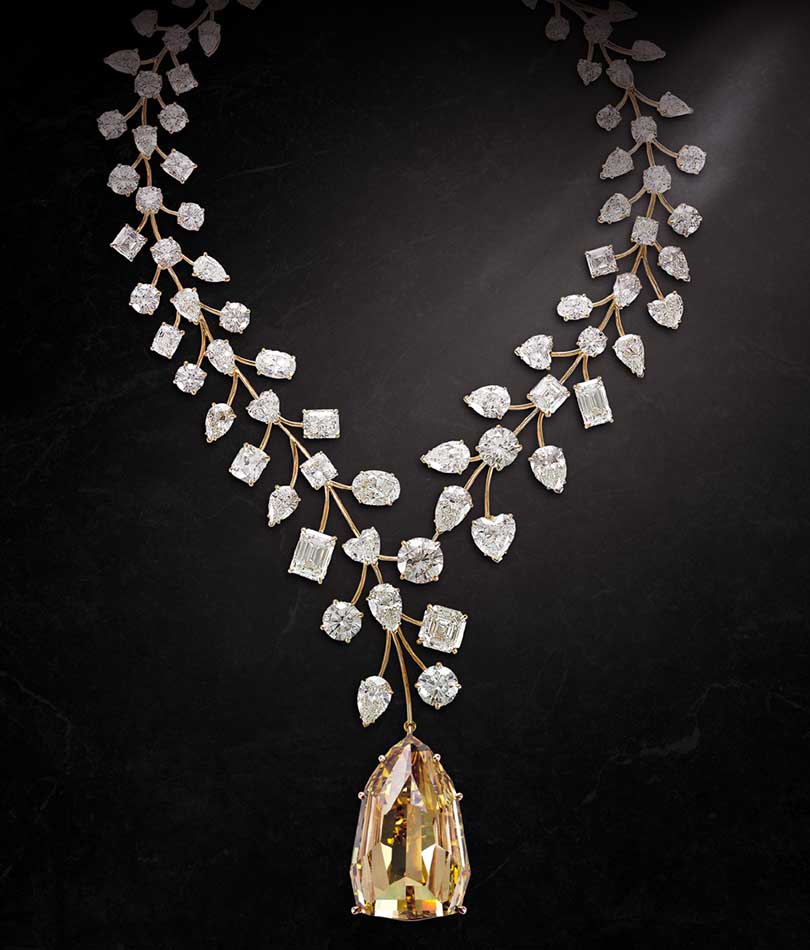 L` Incomparable diamond necklace has made many records through its price and features. It was made by Mouawad Company and is considered as the valuable necklace of the world. It is made with 407.48 carats of diamonds. The most amazing thing about this necklace is that the diamonds used in it were invented by a little girl in Congo in 1980. Later, it has been sold to different traders and dealers for its finishing and using it in different jewelry items. 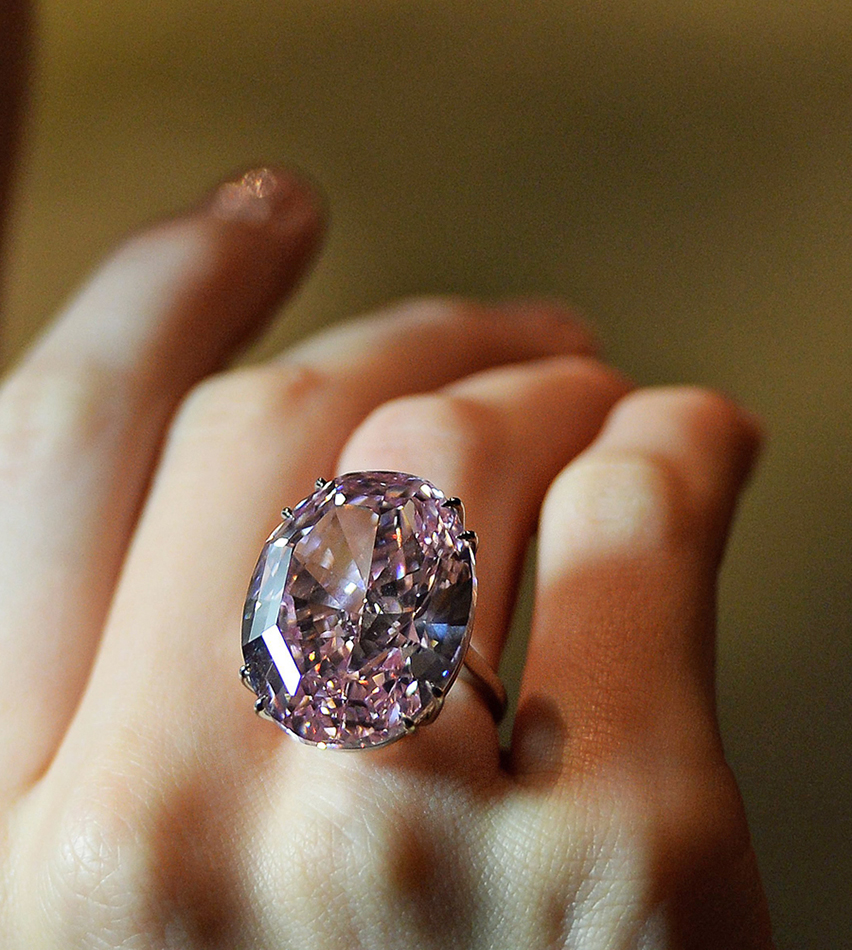 Till 2013, The Graff Pink ring was considered as most expensive ring sold in the whole world in an auction but then Pink Star diamond ring came into the world. It is in an oval shape with almost 59.6 carats. The diamonds are mined in Africa by DeBeers. It is considered as the royal collection all over the world. The price of this ring was almost $72 million while some people claim that it was sold for $83 million. But later it was revalued and was estimated to be $72 million. 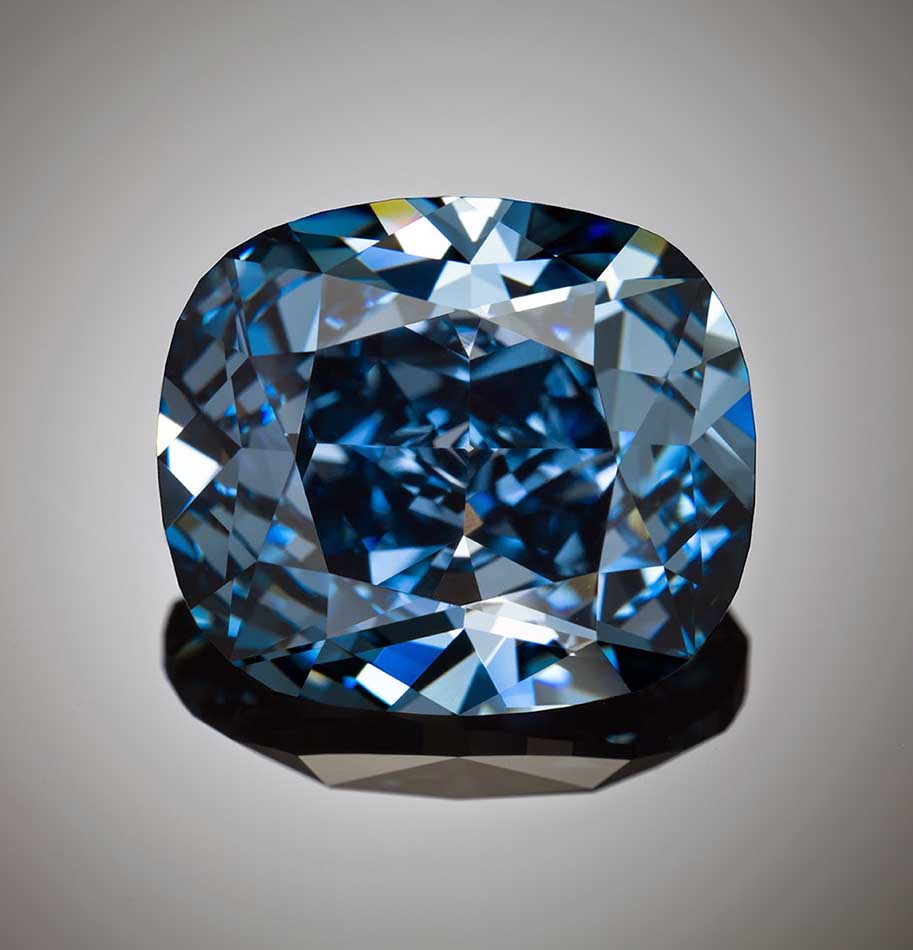 Wittelsbach-Graff Diamond is a deep blue diamond with 35.56 carats that can be found in Bavarian crown and Austria as well. It was purchased by the London jewelers in 2008 and went for the finishing and using it properly. It is reported that in 2011 this expensive Wittelsbach-Graff Diamond to the royal family of Qatar at the price tag of $80 million.

List of Most Expensive Pieces of Jewelry in the World