Every person wanted to have some luxuries in their life to live a comfortable life. The main luxuries of life are house, car, and luxurious food items. There are many rich people in the world like celebrities, business person etc. can afford all types of luxuries in their life, and they have a high standard of living in the society. Some more famous people in the world like celebrities always hide their name from their owned property due to many reasons that can be security problems etc. Their luxurious houses are located at the most expensive places in the country and are designed like a luxurious destiny house that everyone needs to live in. But some of the people have enough courage to disclose their names for the properties they owned in the world and everyone knows that this house is of that respective person. The values of these houses are extremely high which normal people cannot afford in their whole life as they have to pay tax on those houses as well and have to maintain their status in the society.
The following are top 10 most expensive houses under their owners name located in the world: 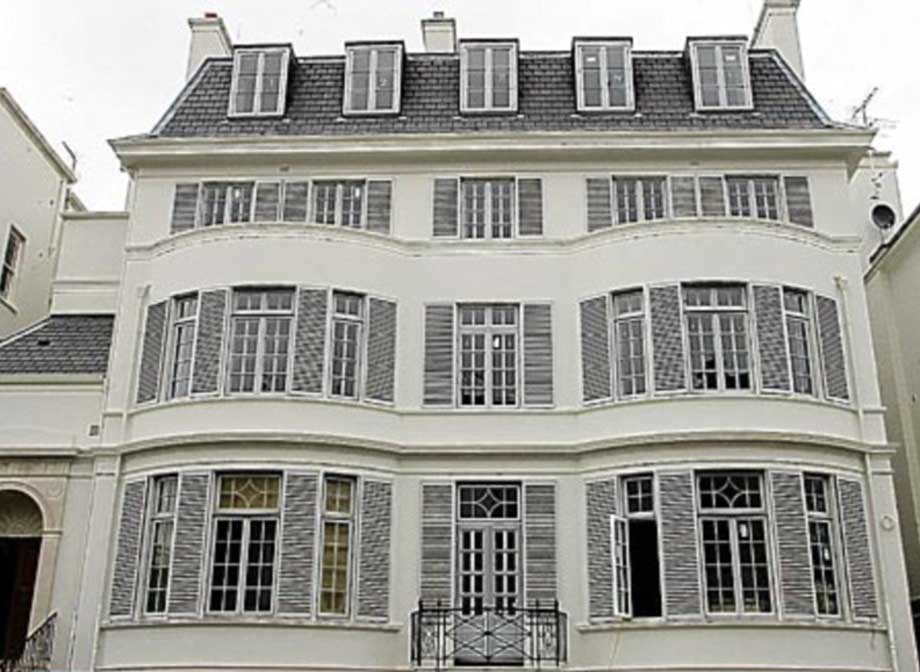 7 Upper Phillimore Gardens is located in London, which is very luxurious and big home. The value of this home is estimated to be $128 million in the real estate market. In this home, there are almost 10 big bedrooms and has all entertainment facilities underground that includes panic room, gym, cinema, swimming pool and sauna as well. The whole interior of the home is done in with perfect artwork that is done by the expensive materials like gold, marble, etc. The owner of this beautiful home is Olena Pinchuk, who is the daughter of the 2nd president of Ukraine and is the founder of some organizations there as well. 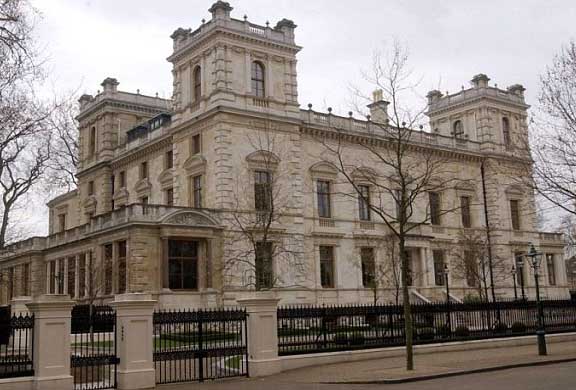 As the name of the home shows that it is a palace that is named because of its look and the facilities in this home. It is also located in London with the price of $140 million which is very expensive. The exact located of this home is the Billionaires Row, which is considered as the most expensive place. It has an underground area that has a health center, museum, and tennis court as well. The owner of this beautiful palace is Roman Abramovich, who is a Russian Billionaire and is also the owner of Chelsea football club. 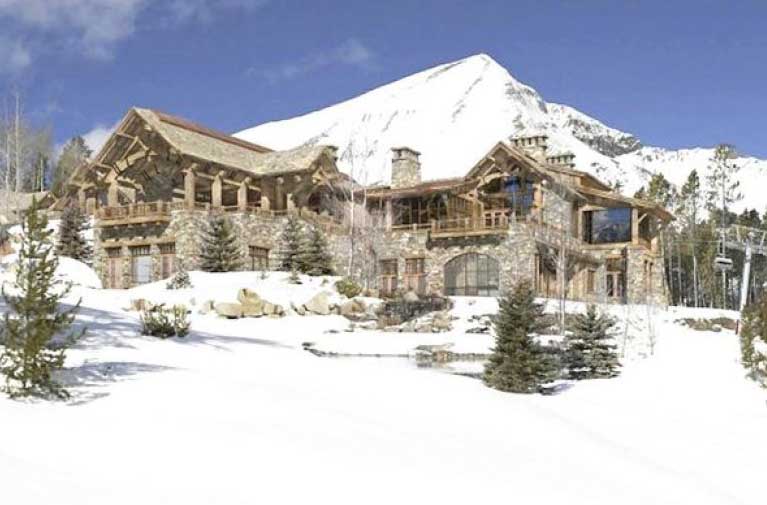 Seven the Pinnacle is the home that is located in Montana. It is considered as the largest house in the whole Yellowstone Club which has a golf club; the home has heated floors, swimming pools, wine bar, ski lift and gym as well. The owner of this home is Edra and Tim Blixseth, who is the founder of Yellowstone Club and has reduced their wealth in some recent years due to losses. The price of this home is estimated to be $155 million which is expensive to own by the normal people. 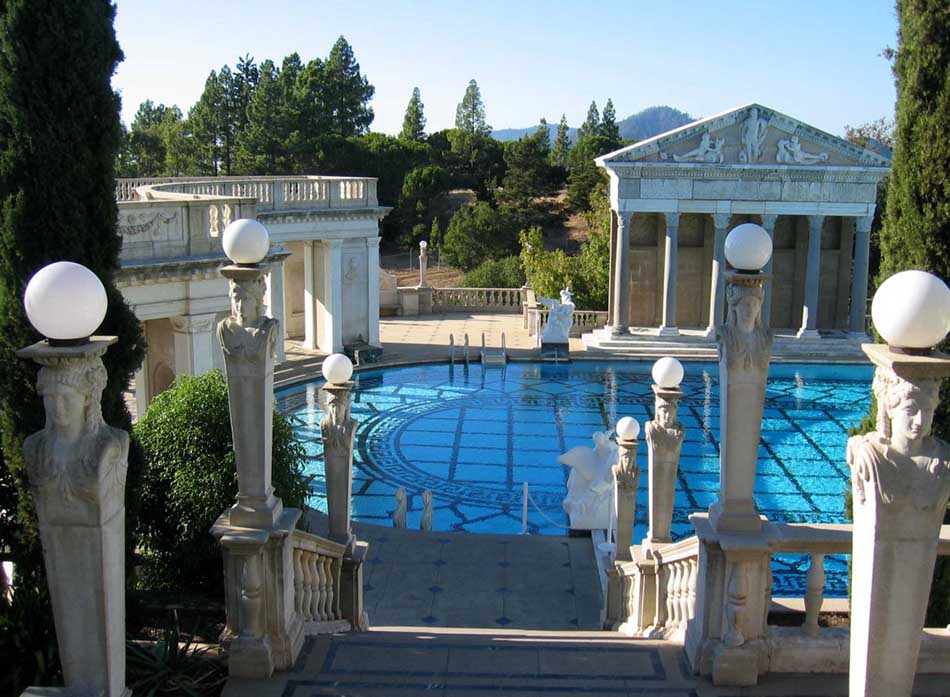 Hearst Castle is very luxurious and beautiful castle that is located in California. The value of this house is almost $191 million. It is a very large house that has 27 bedrooms and was also shown in many movies and TV shows like The Godfather. The owner of this house is William Randolph Hearst Trustee, which is the historical place there and is the most famous tourists’ attraction there. 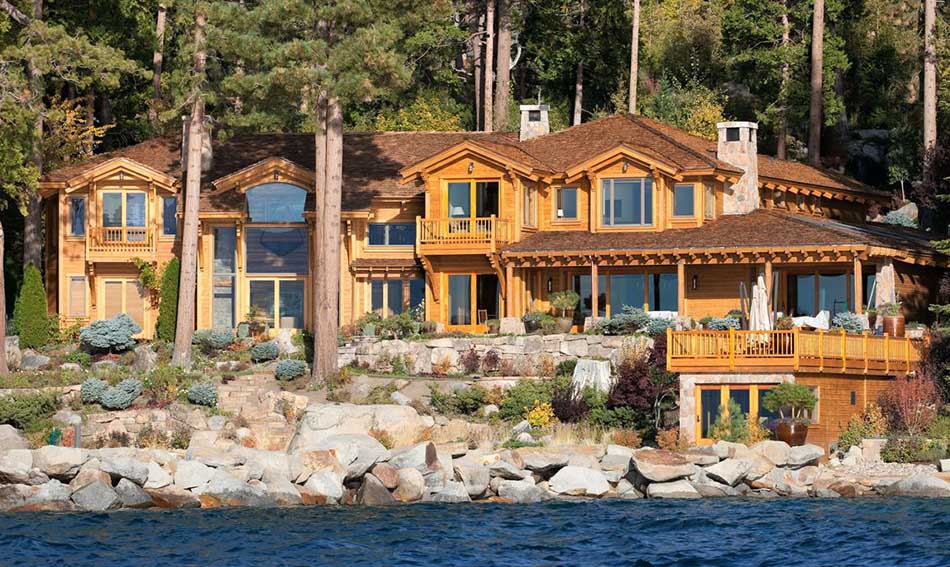 Ellison Estate is a very large house that is situated in California and has the high value that is almost $200 million. The whole house is constructed on the total area of 23 acre which has total 10 buildings in it. It has a large compound, tea house, lakes and bathhouse as well. The owner of this house is Larry Ellison, who was the co-founder of Oracle and was named as the 3rd richest person in the world in 2013 by Forbes. 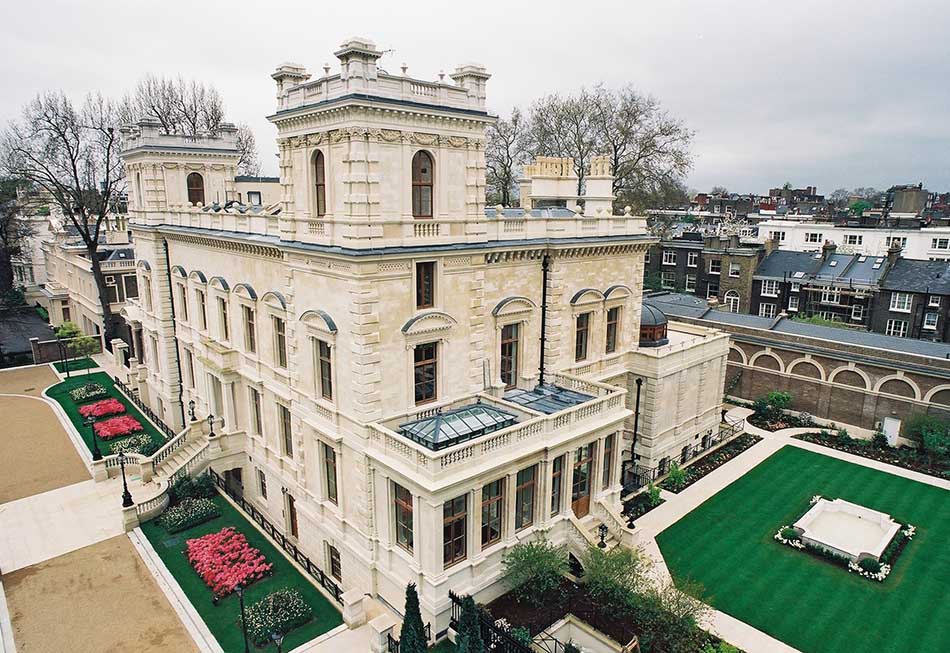 18-19 Kensington Palace Gardens is the beautiful house that is located in London, which has the total value of $222 million. It is also located on the famous Billionaires row where the house of famous Prince William and Kate Middleton is also located. It has total 12 bedrooms, the bathrooms are designed in Turkish style and have a large parking for 20 cars in it. The owner of this house is from the famous family of India that is Lakshmi Mittal, who is the owner of the largest steel mill in the world and he is also named as the 100 richest men in India. 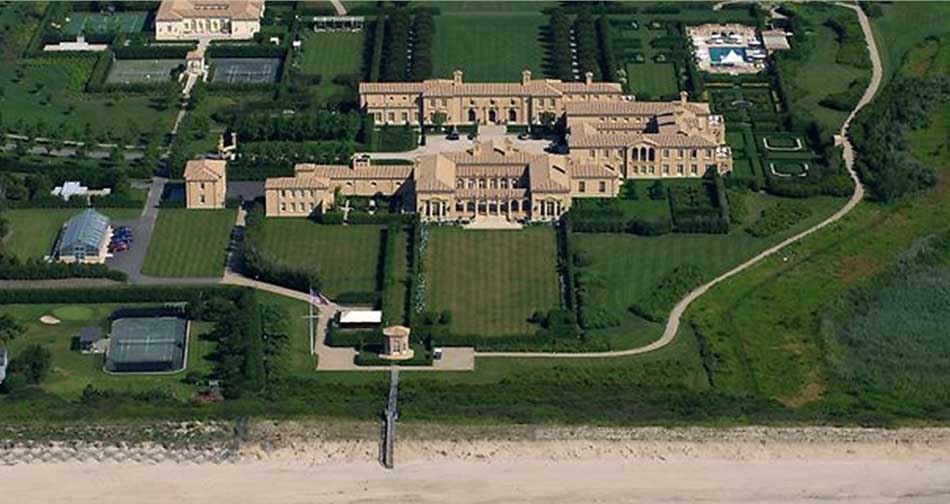 Four Fairfield Pond is located in New York which has the total value of $248.5 million in the real estate market. It has total 29 large bedrooms in it and is located on the total area of 63 acres and has 39 bathrooms in it. It has many other luxurious facilities like swimming pools, dining room, tennis courts basketball court, etc. The owner of this house is Ira Rennert, who is the owner of Renco Group, which is a company related to auto and also work in the mining of metals. 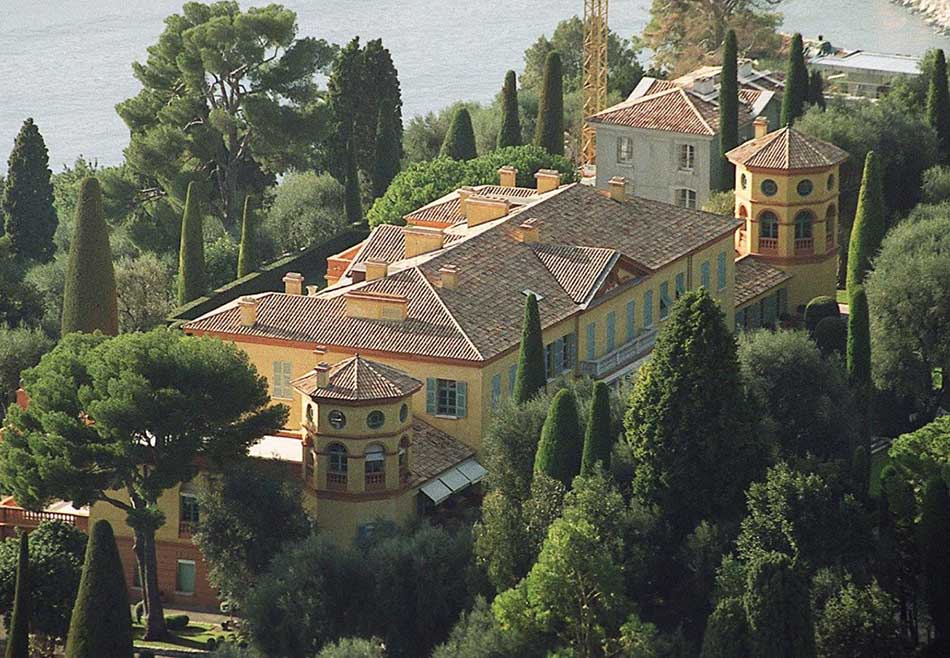 Villa Leopolda is the villa that is located at the beautiful location of France. The value of this house is estimated to be $750 million. The whole area of this house is 50 acres that have large lush green lawns, pool house, kitchens, helipad, large guest houses and swimming pools. It is full of variety and is the best and luxurious house. The owner of this house is Lily Safra, who is a Brazilian Philanthropist and a widow of a banker. 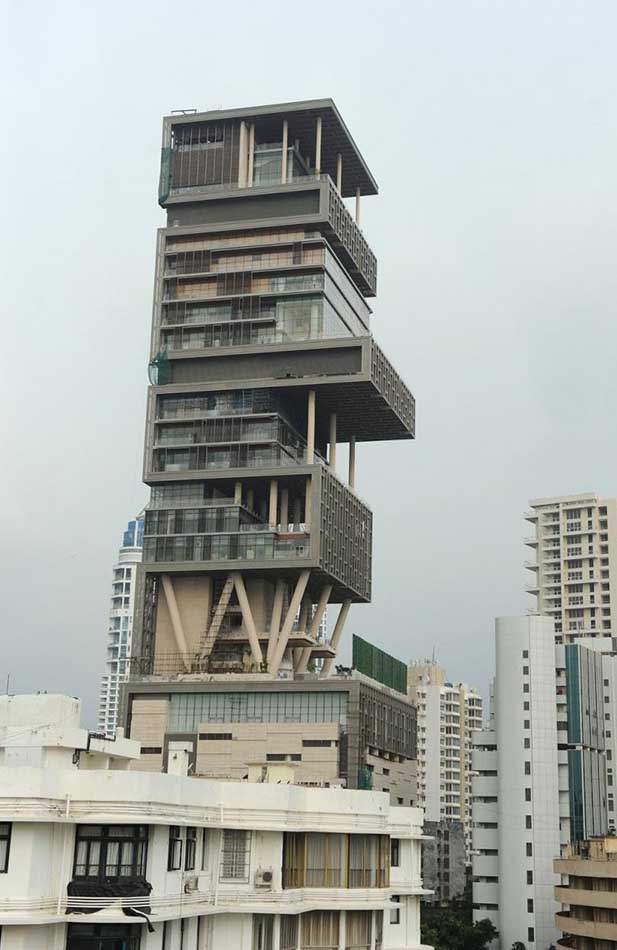 Antilia is very big and luxurious house that is located in India. The value of this big and beautiful house is $1 billion. It is not a house that has some traditional look and has total 27 stories. The total area of this house is 400,000 square foot. It has large underground parking, helipads and needs almost 600 people for its proper maintenance. The owner of this house is Mukesh Ambani, which is considered as the richest man in India and running the Reliance Company and many other energy companies in India. 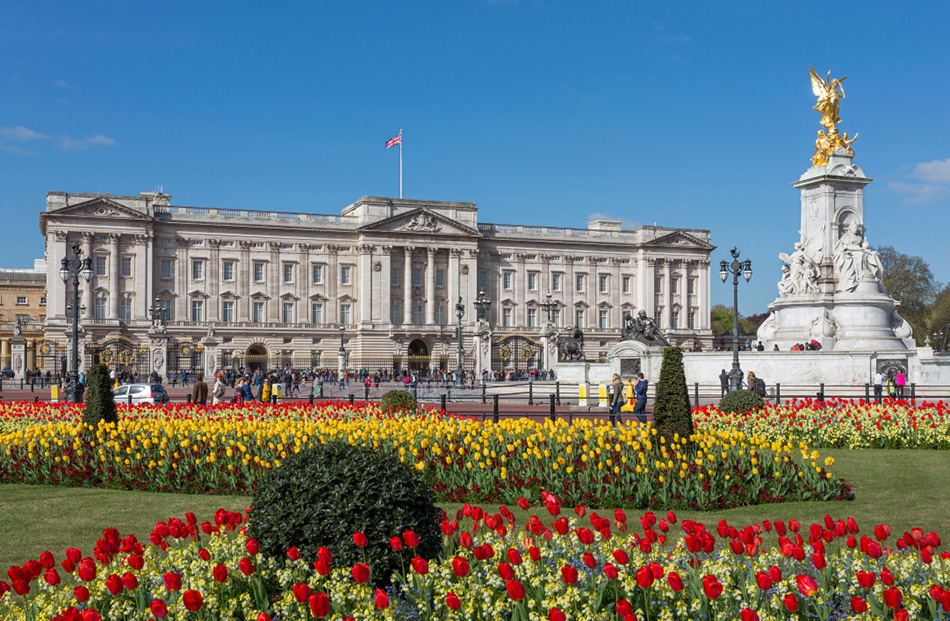 Buckingham Palace is famous in the whole world and is located in London. The value of this house is estimated to be $1.55 billion. It is a luxurious house that is not for sale but here lives the Queen. It has 775 rooms in which there are 52 bedrooms, 78 bathrooms, and 92 offices in it. The owner of this luxurious and most expensive homes in the world is Queen Elizabeth, who has been ruling there since 1952.

List of Most Expensive Houses with their Owners Name

The above ranking of top 10 most expensive houses with their owners name is given according to the price of these houses in the world. All these houses are very luxurious and high class that only these rich people can afford. All the owners of these houses are the rich personalities of the world as they wanted to maintain their standard of living and also depict their luxurious life.