There are many things which have both types of aspects like positive and negative as well which depends upon the use of the person. Guns are one of them which have both types of aspects as they can be used for the protection of the person and its misuse is also very bad for the people as it can cause the death of the people. These are available in different types and sizes of the people with some specific features and their price also differs. The person using the gun must have its proper knowledge and also learn about the shooting tips for the safety. People who are rifle lovers have some favorite’s options in the market for which they are willing to spend more to get them. The making of the guns is different because their material used in them is different from wood, steel, and many other materials. People have separate criteria for different guns because of their specifications. But the most important thing is that people should have the license of the specific gun used by them. These are the best guns ever you have seen.

Here are the following top 10 best weapons ever in the world, which are as follow:

10. Westley Richards 4-bore drop lock side by side double: 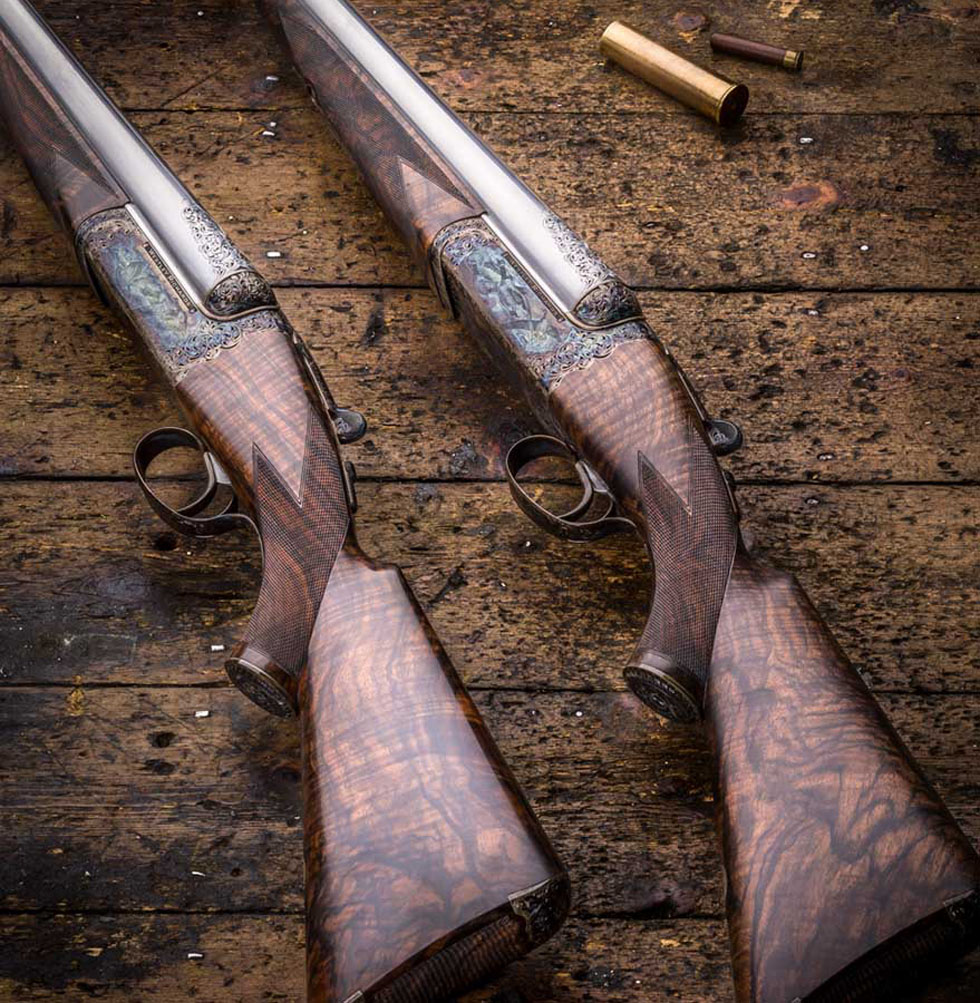 Westley Richards is considered as one of the perfect guns in the world which were introduced in 1897, and its later version was launched with detachable locks called as Droplock which can also remove. It was made in the famous British design. These are made with seven different components which have some jewels installed on it to enhance its beauty. It comes with the further head extension which has single trigger only to operate it. It is among the top rated guns list. The price is estimated to be $67,000. 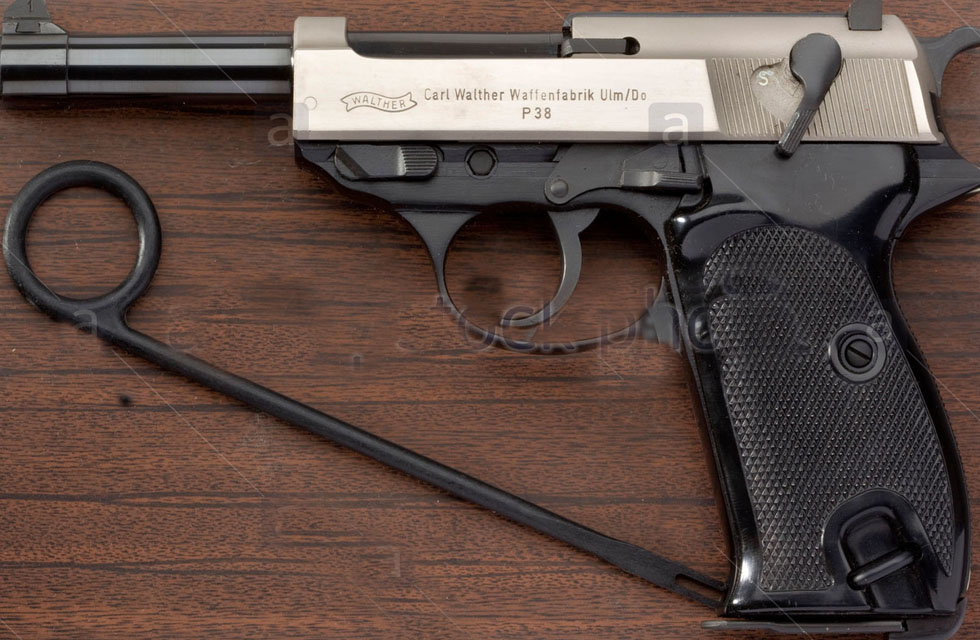 Here comes the Holland`s best model which was introduced in 1883 and also advertised in different magazines of 1895. It was quite different from the modern which have attracted an audience from the world. Later it’s another version was also launched in the world in 1890 which features lock plates and effective trigger as well. It was successful because of its attractive and beautiful design. It was given a Turkish look by adding wood to its design. The price is almost $124,000. 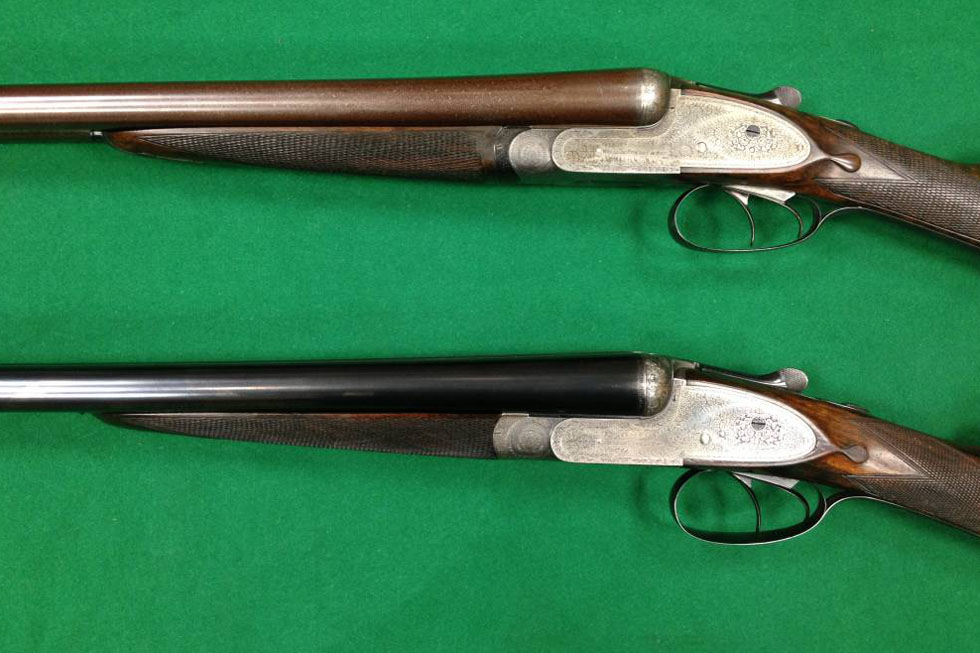 William & Son is the brand which started producing guns for the people in 1999. This is made with a unique style which comes with deep scrolling engraving on it. It has very high value among the people because of its quality. It has gone through different modifications to make it better and better and in all sizes. It also has the wooden handle which has hinging studs in it. It is only available for 12 and 20 bore only, and this company produces a large number of guns every year. The price is estimated to be $125,000. 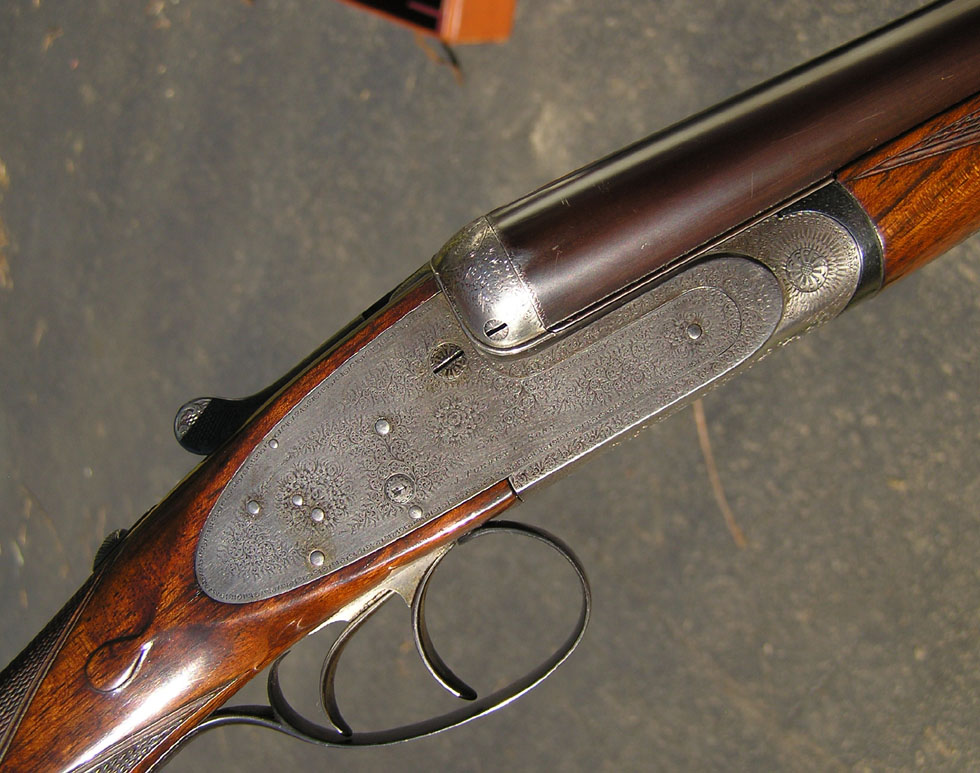 Purdey Side by Side is a traditional steel gun which is made with some classic design and comes for 12, 16 and 20 bore. It has very effective shot from which big targets can be achieved by using it. It is very beautiful one which has attractive engraving done on it to enhance its look and increase its quality as well. The price of this super luxurious gun is estimated to be $136,000. 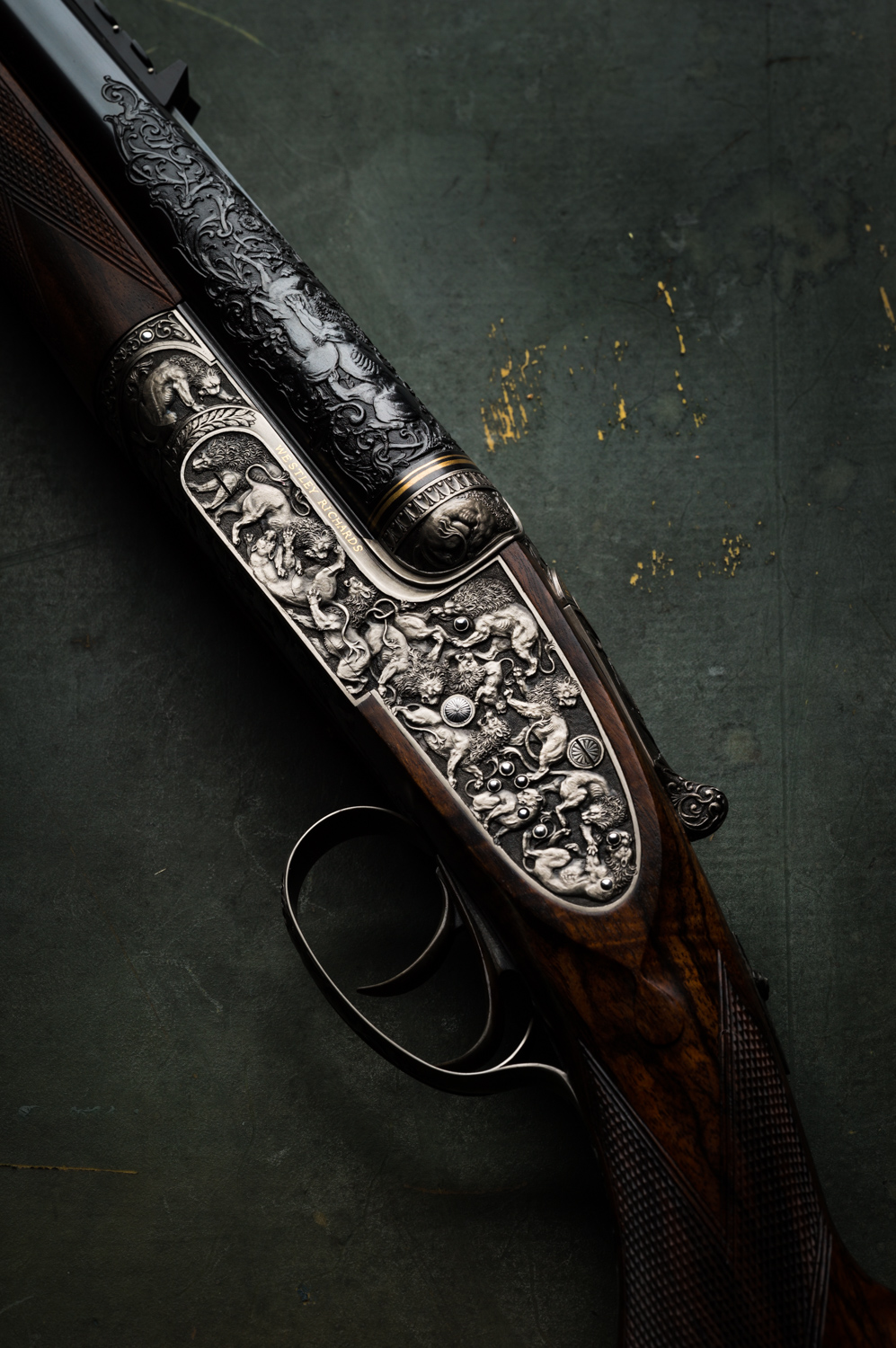 Greener Sidelock is a very beautiful gun which is very expensive as well not affordable for everyone as its estimated price is $173,000. Each of it is made with special care and features which are offered by extra pair of barrels. It offers two main models of with this name. The latest production of this gun features sidelocks, cocking system, and boxlocks as well. It is unique but very effective one. It is a very special gun which is mostly used by special commissioners. It has very attractive design on it which attracts people towards it because of its look.

5. Holland & Holland Royal over and Under: 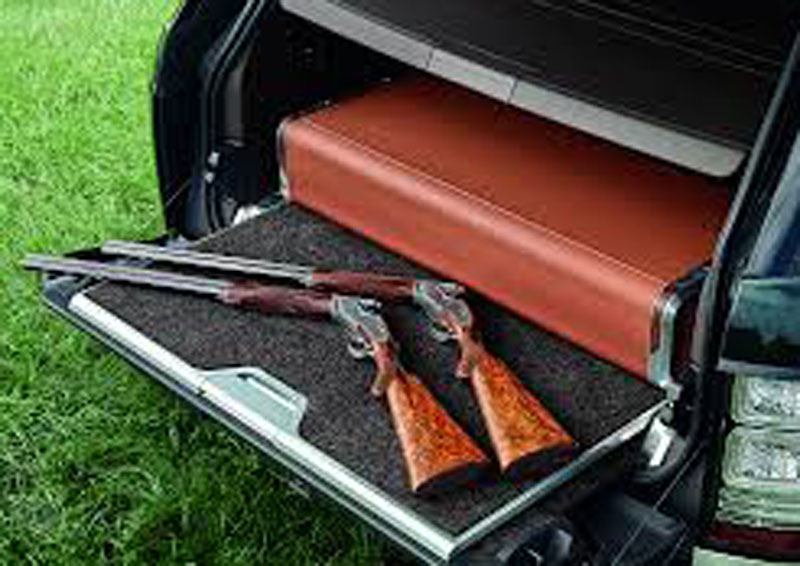 Holland & Holland is the famous gun brand which was started in this field in 1835 and is involved in launching new models of guns after some period. It was launched in 1992 and the latest one which was little expensive and offered at the price of $175,000. It comes with the side plate and detachable trigger. It is also given a wooden touch at its handle to complete its look. It takes almost 900 hours only completion of a single piece which made it rare and firm only manufactures 80 guns in a year.

4. Purdey Over and Under: 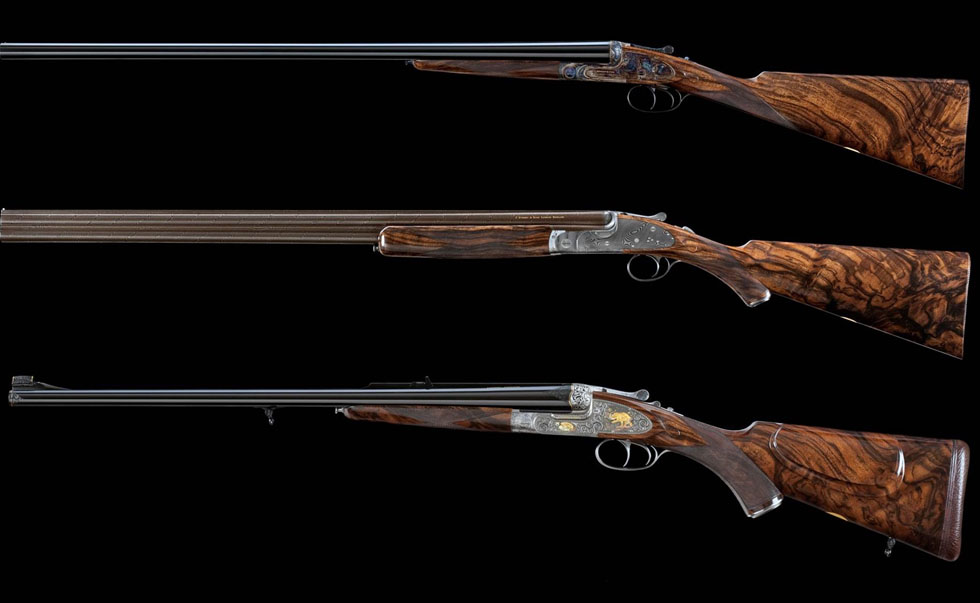 Audrey is the gun brand which was established in 1814 and was provided a wooden handle for this gun. It was made for the 2nd world war but after that many of its modifications were introduced in the market for the gun lovers. It is very difficult to produce and now rare in the market that is the reason its price is $180,000 which is very expensive one and not easy to afford. It takes almost 18 to 24 months in completing this gun on demand.

Boss is the gun brand which was started in 1812 and is the most influential brand of guns which produces the gun with much modern touch. It was started in Germany, and their guns come with two locking systems. This gun is inspired from the historical copies and enhanced with the single trigger. The price of this gun is estimated to be $182,000. Only 18 guns of this model are made in a single year, and its delivery is possible in 30 months because it is difficult to manufacture it. 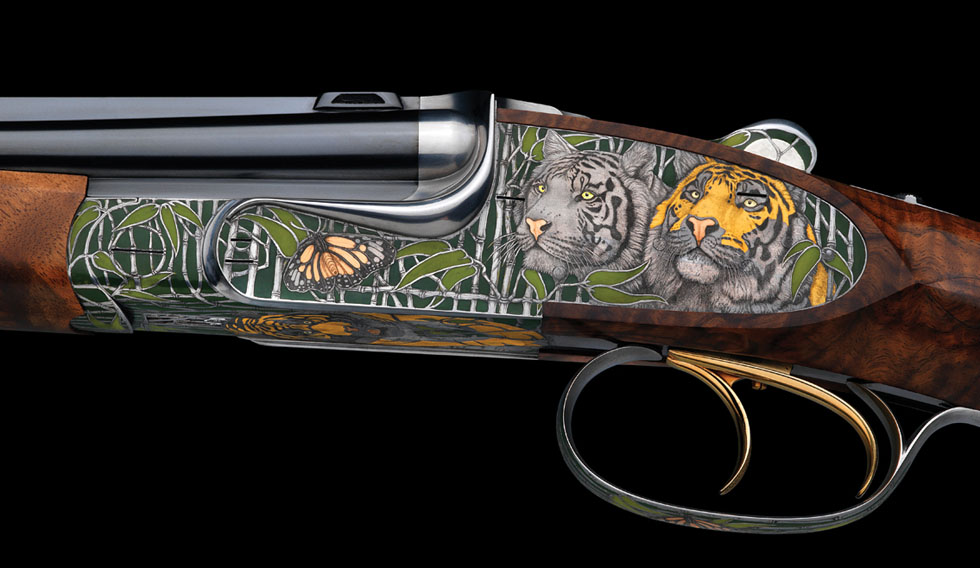 Peter Hofer is the brand of Austria which is the major manufacture of guns in the world, and their guns are very innovative. It is said that they create best guns in the world. It has almost 17 hidden tubes in it and is also made according to the specifications of the people and takes almost 1600 hours of man to produce it. It is a German style gun which is very beautiful and commonly called as the Mega gun. The price of this amazing gun is almost $7.2 million. 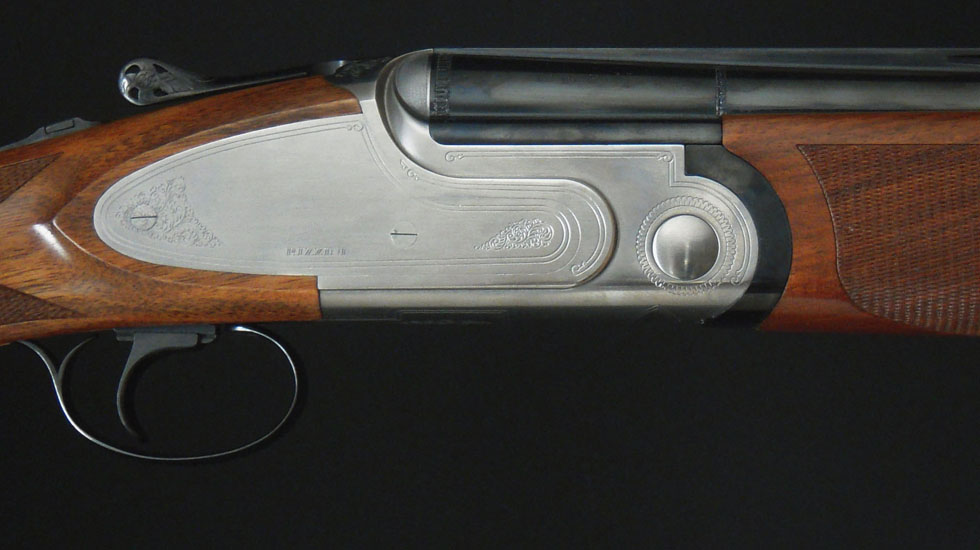 It is not only the most expensive gun in the whole world but the most beautiful and attractive one. It is designed by the best artisans of Italy and is the perfect blend of latest and traditional designs. It is made from pure stainless steel and is more precious than a diamond. It is a much resistant gun which takes almost years to produce it perfectly. The price of this gun is estimated to be $7.5 million.

The above ranking of top 10 most expensive guns in the world is given according to the price of these guns in the world. Guns are used for different purposes and have both aspects which are both positive and negative. All these guns are manufactured by the best gun producing companies of the world. These guns are very beautiful for which gun lovers are willing to pay high prices to get them in their collection.