Celebrities are famous all over the world, and they have millions of fans. Their fans are always in search of information and new about their favorite celebrities and wanted to know and watch more about them. The weddings of the celebrities are the most happening thing in their lives, and their fans are dying to watch them on their special occasions. Their weddings are very luxurious, and these celebrities spend millions of dollars on their weddings. We all know that weddings are the most beautiful occasion in everyone life. The bride and the groom wanted to look beautiful and attractive on their special day and are willing to spend millions to grab the best designer dress for their wedding. There are many designers in the world who are making the gowns for the brides that are beautiful and attractive as well. Some brides wanted to wear the traditional dresses for their special day to have a different look. With the passage of time, the prices of everything is increasing, and same is the case with the bridal dresses that these rich celebrities can easily afford.
The following are top 10 best wedding dresses in the world: 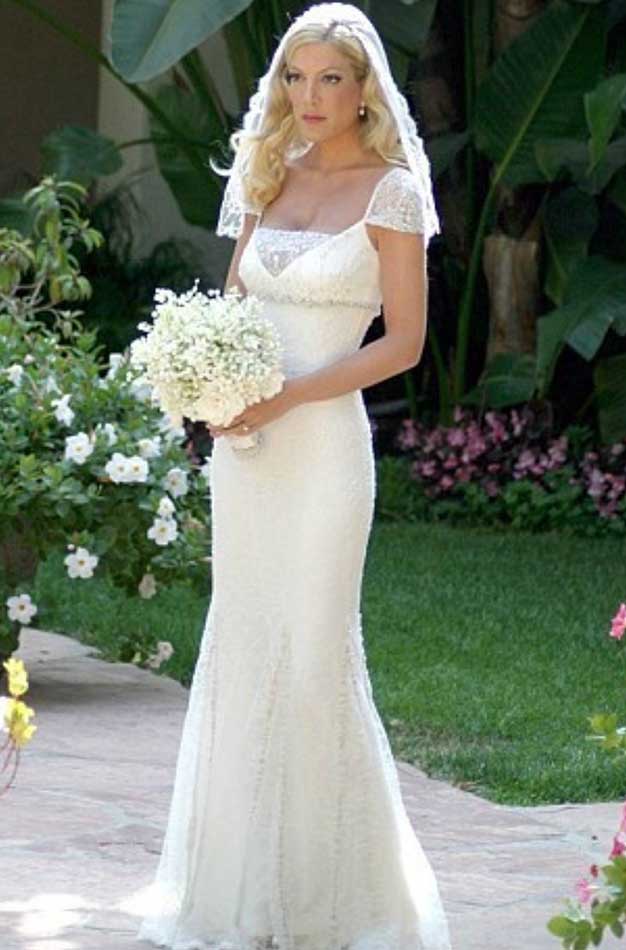 Tori’s spelling is very famous American actress and writer as well. She has done many successful films and appeared on television as well. Her autobiography was very famous and successful in the world and won best times seller book by the New York Times in 2009. Tori got married to Charlie Shanian in 2004 in a very big wedding ceremony. She was dressed up in the beautiful custom made the dress by Badgley Mischka, which was very beautiful and the price of that gown was almost $50,000. It was a very beautiful white dress made up of a net and was combined with white flowers to complete the look of the bride. But the couple was separated just after one year of their marriage. 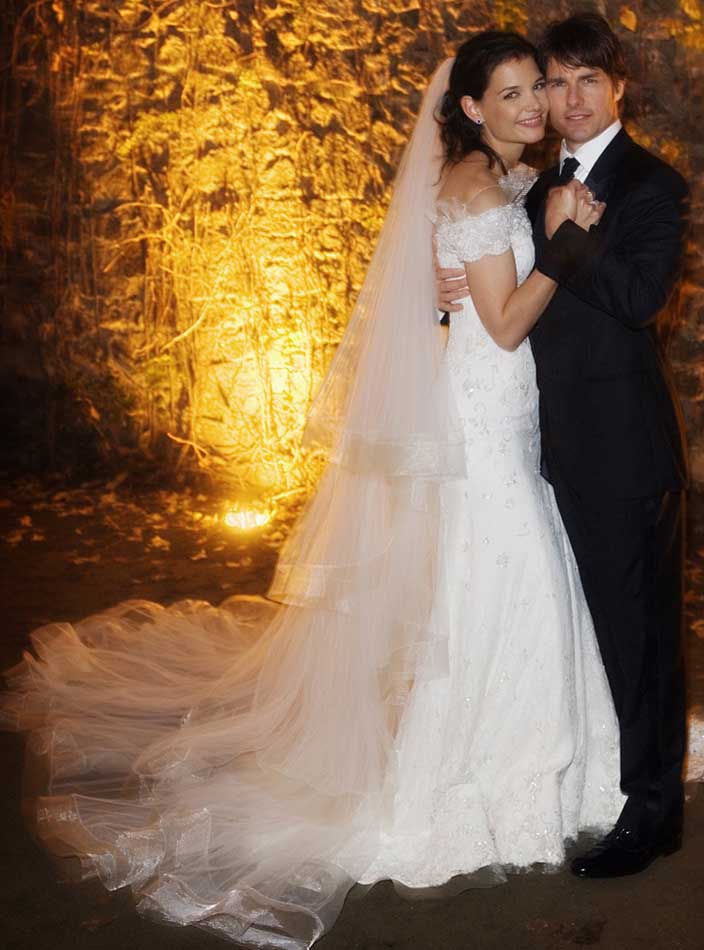 Katie Holmes is an American actress and model as well. She has done many successful films and powerful roles as well which made her famous in the whole world. Then the turning point of her career was when she married the best looking actor of Hollywood Tom Cruise which captured the whole attention of the media, and the couple was named as the super couple. She got married in 2005 and was dressed up in the beautiful gown by the famous designer Armani and the price of this dress were $50,000. Recently both of them are separated to get a divorce. 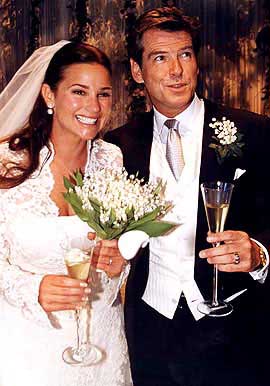 Keely Shaye Smith is a very famous author, TV personality and journalist as well. She is more famous in the world because of her TV hosting. She got married Keely Shaye Smith married the actor Pierce Brosnan in 2001 in a luxurious ceremony. She wore the beautiful custom gown by the famous designer Richard Tylor with the high price tag of $60,000. The couple is still together and loving happily. They are a beautiful couple and were in the news for a long time because of their luxurious wedding. 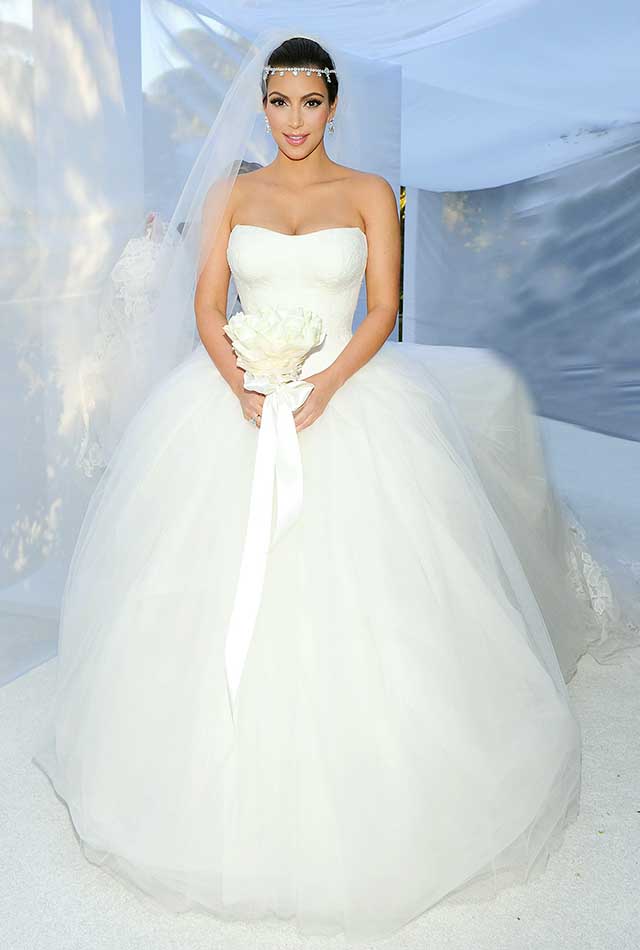 Kim Kardashian is a famous American actress, model, and social personality as well. She gained more popularity in the world because of her sex video that was leaked with her boyfriend. She is also named as the highest paid television celebrity with the highest earnings of $6 million. Kim Kardashian got married to Kris Humphries, and it was a pure Christian wedding. Kim wore the beautiful gown by the famous brand Vera Wang, and its price was almost $75,000 which was very expensive. This couple was then separated only after two months of their wedding that was shocking for their fans. 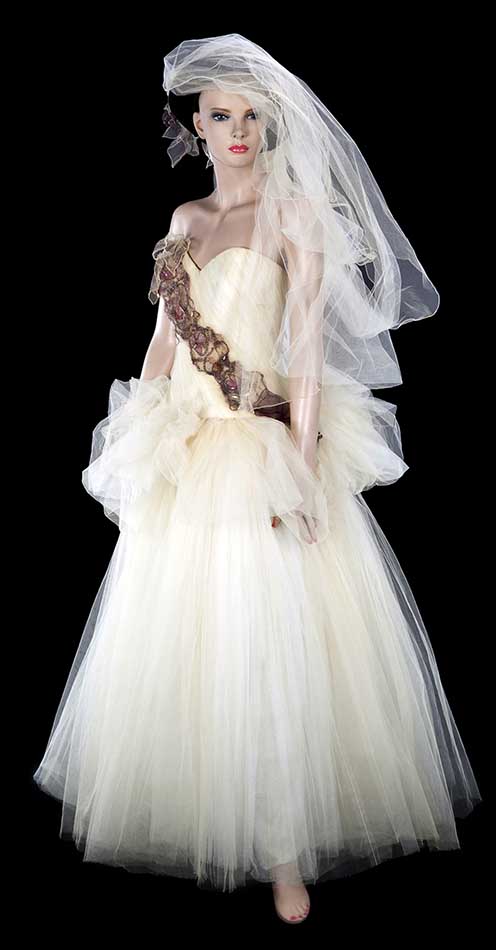 Madonna is a very famous actress, singer and businesswoman as well. She was very famous in the whole world because of her music and the videos with her songs. Her many music albums were very successful in the world, and her fans love to hear more from her. Madonna has won many awards for her acting and singing skills as well. Madonna got married to Guy Ritchie in about 2000. She was dressed up in a beautiful white gown by Stella McCartney with the price tag of $80,000. The couple was then separated in 2008 due to some reasons. 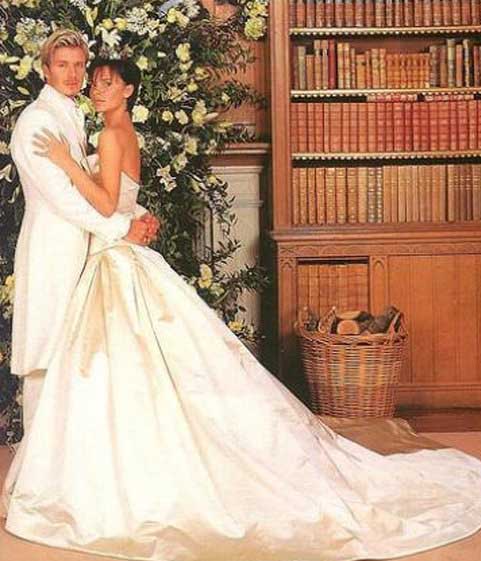 Victoria Adams is a famous model, singer and fashion designer as well. She is more famous in the world because of her fashion brand and her collaboration for singing with the pop band in 1996. She was also the judge of American Idol. Victoria got married to David Beckham who famous professional footballer and had millions of fans all over the world. They both got married in 1999 in luxurious ceremony and Victoria wore the beautiful gown by Vera Wang with the price tag of $100,000. Now they have four children. 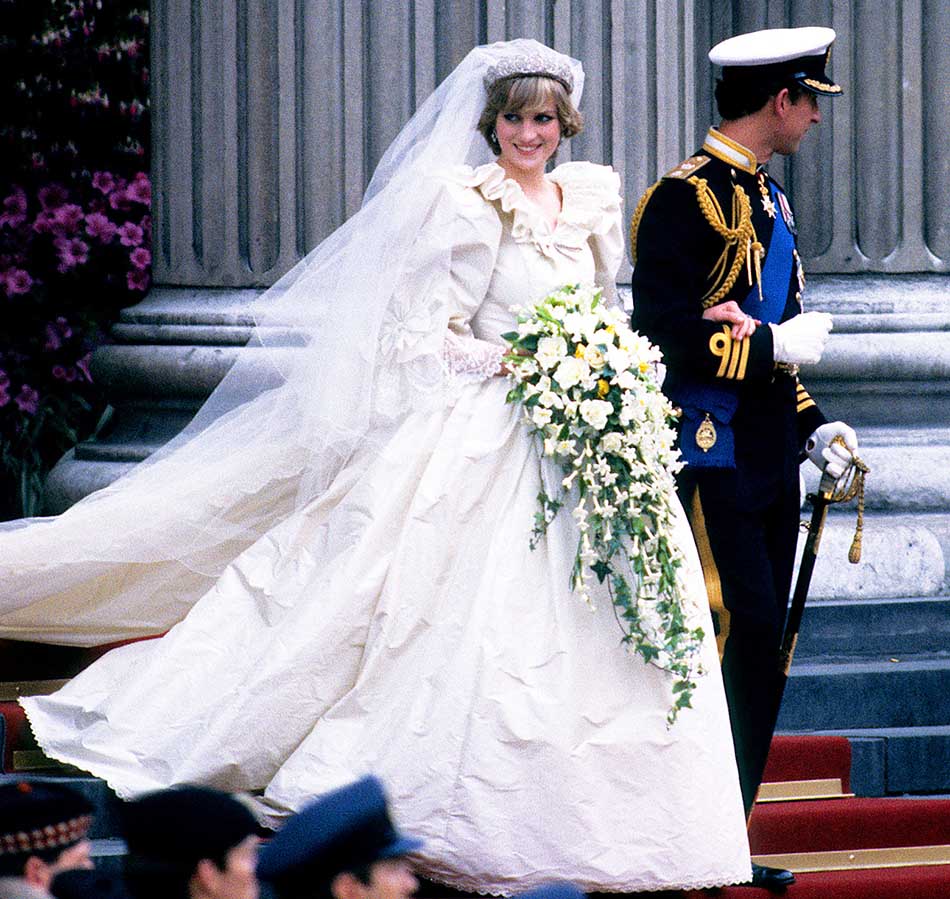 Princess Diana is the most beautiful princess of the royal family, and there were millions of fans in the world of her beauty. She got married to Prince Charles of a royal family of Britain in 1981. Princess Diana was dressed up in a beautiful white silk dress, and its cost was estimated to be $115,000. After 16 years of their marriage, they got separated, and then Princess Diana died in 1997 which was shocking for her fans. They had two sons. 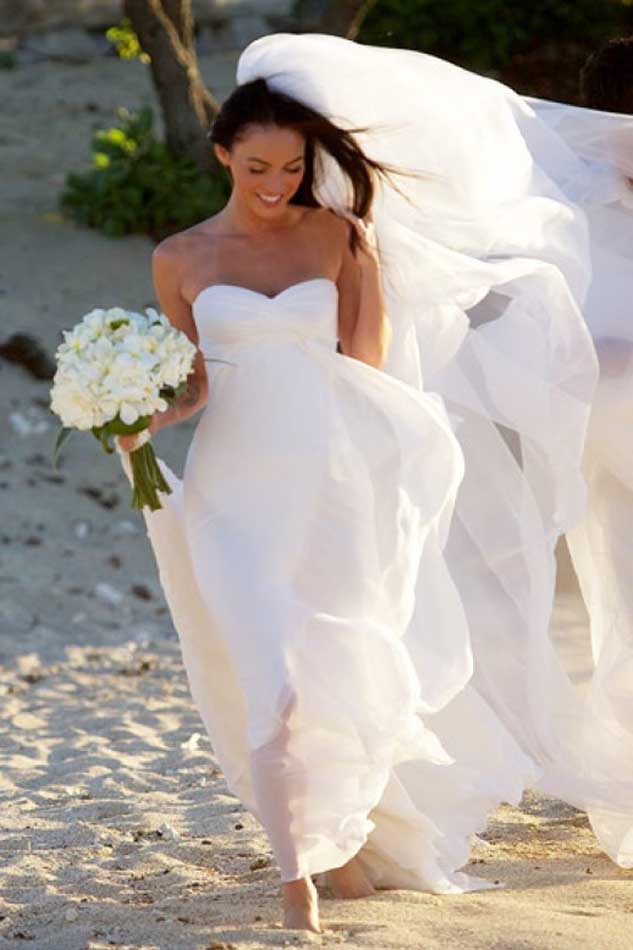 Melania Knauss is a very famous model of America. She got married to the Donald Trump, who was a very rich real estate magnate. They got married in 2005. Melania wore the beautiful gown by Christian Dior with the price tag of $125,000. We all know that Christian Dior is very famous and expensive brand in the world. It is a very beautiful white dress with net and silk that enhanced its look. 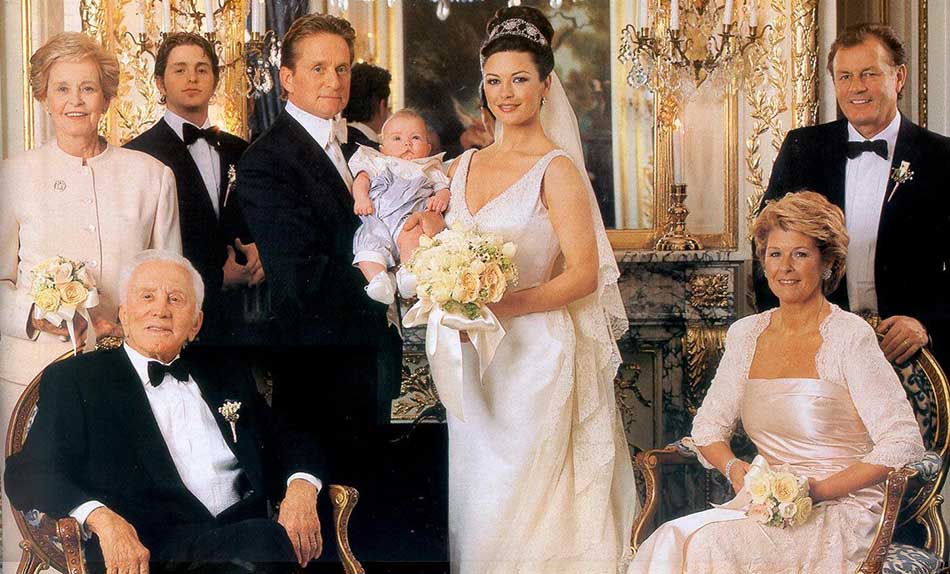 Catherine Zeta-Jones is an actress. She has worked in many famous films and television series that made her famous in the world. She has performed many powerful roles in Hollywood movies. She also won many awards for her performances. Catherine Zeta got married to Michael Douglas in 2000. She was dressed up in the gown made by the Christian Lacroix, which was a hand beaded dress, and its price was estimated to be $140,000. 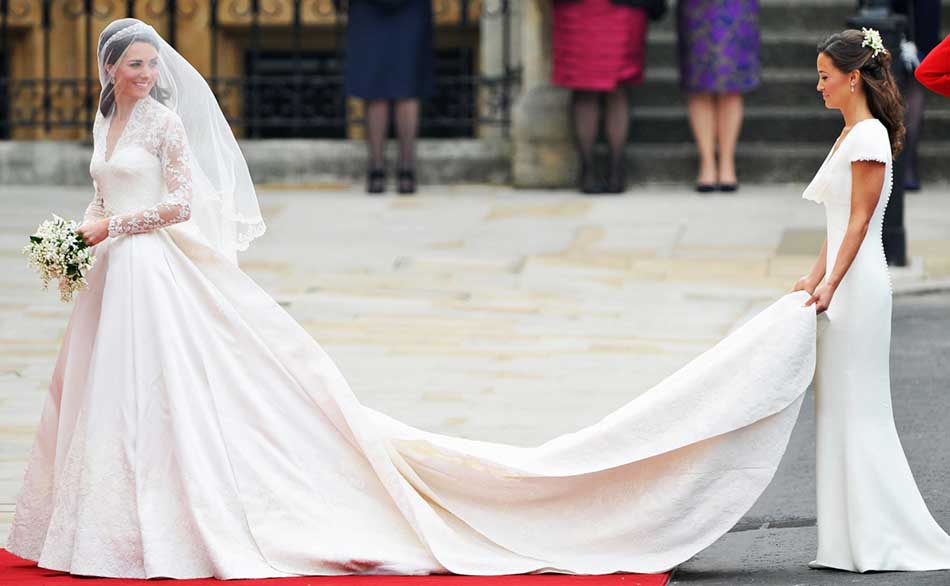 The above ranking of the most expensive celebrity wedding dresses is given according to the price of their dresses wore by them on their big day. All of these dresses are very beautiful and are made by the famous designers of the world which are very expensive. Their weddings are luxurious and spent millions to make their weddings more happening and keep them in the news as well.