Military force is the most important department in every country, and most of the budget of the country is allotted to them to get advance technology for them. As military forces have to fight for the survival and safety of their country which can only be done with advance technology. The technology in this field is developing continuously which is making this department more effective. The jet fighters are very expensive and latest which are used to fight in the air and also to attack the land as well. Most of the countries in the world are working to develop something latest for their military department according to the daily requirements. Fighter planes are made with the new technology, and every country is working to create something different to make their position stronger than others. These fighter planes are very expensive due to the research conducted to design and produce them and are difficult to afford by all countries. Here we will discuss the features of fighter planes rather than their prices.
The following are top 10 incredibly latest fighter jets available in the world: 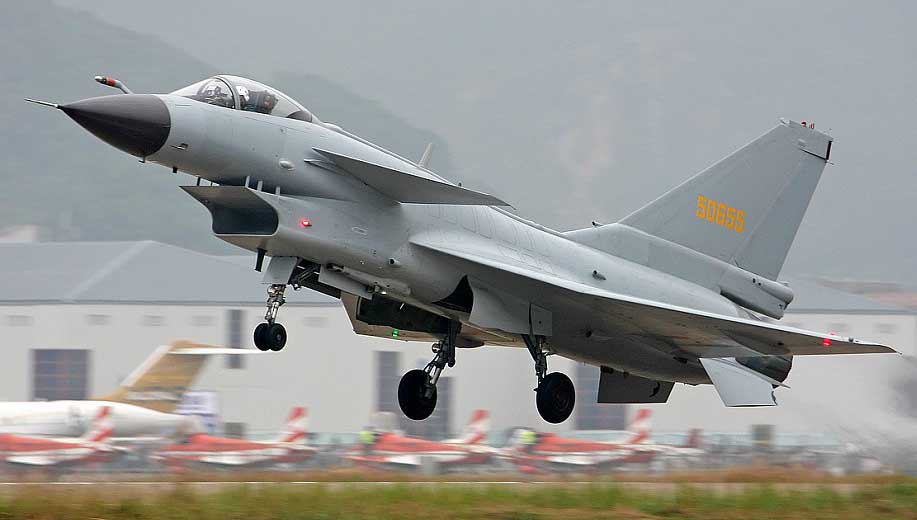 Chengdu J-10 is the fighter jet that was designed and made in China and is very latest one. It was designed and made by the Chengdu Aircraft Corporation especially for the Army Airforce in China. It is a multirole aircraft that can work easily on all types of weather and makes the operation possible. Till now only Pakistan is the exporter of this plane from China to make its military strong. It comes in the shape of normal fighter planes, and not much advancement is made in its design and style. 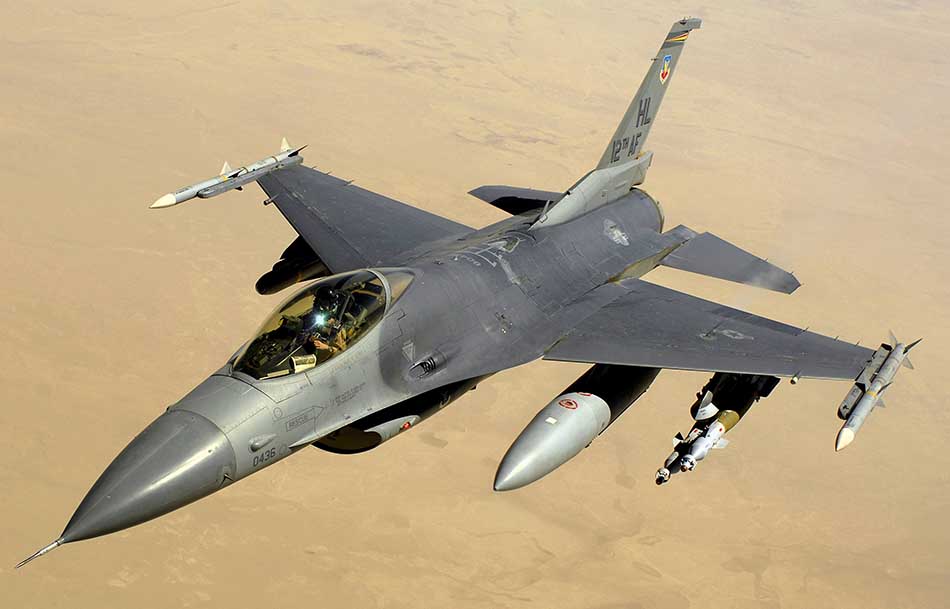 F-16 fighting falcon is the jet that was designed by the Air Force of the USA, which is very advance in research and development and latest technology as well. It was specially designed to fight in the day, not for nights and is enhanced with a single engine that can be operated in all types of weather. It was designed before but was approved by the air force in 1976, and almost 4,500 total planes were made of this model that is not owned by total 25 nations of the world. F-16 is the most famous fighter jet among the people all over the world. 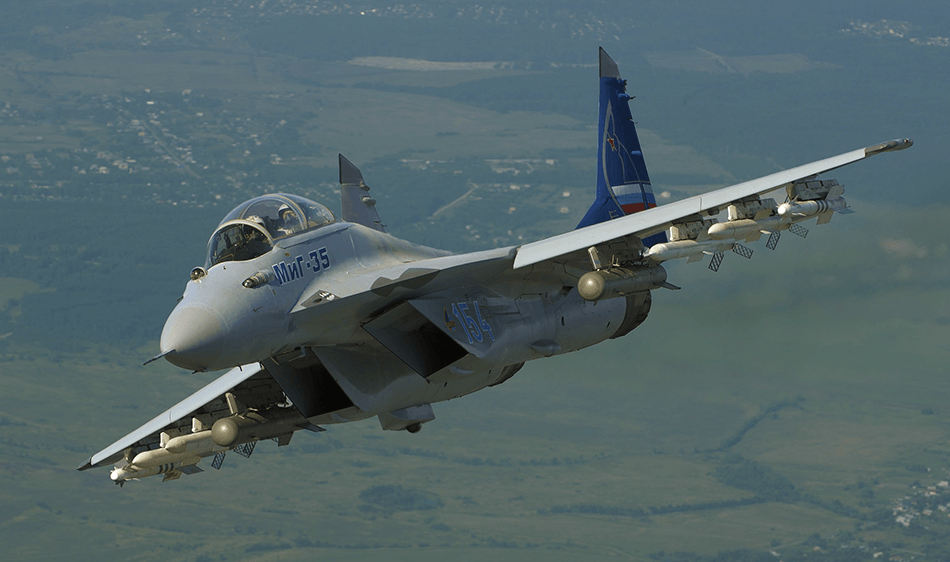 Mikoyan MiG-35 is the fighter plane that was made in Russian and was an evolution in their fighter series. It was made with the much improved weapon system, radar and OLS and some other mission information. According to the Russians, this jet is totally equivalent to the plane called F-35 of the USA in features and powers. It is designed in the perfect manner to make it look like a fighter plane. 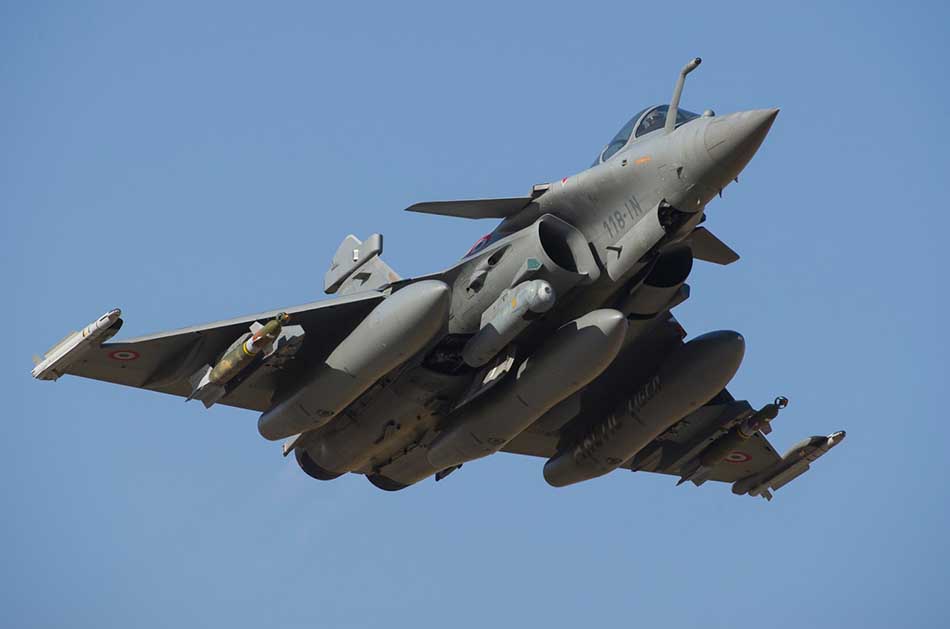 Dassault Rafale is the latest fighter jet available in the world which was designed by the Dassault Aviation with the twin engine. It was fully made in a single country and is totally different and advanced from all other European fighter planes. It is made with the latest intelligence and nuclear mission features to make it stronger. The shape and design of this plane are very different and stylish which was admired by everyone.

F-15 Eagle is the latest and a very successful fighter jet that can be seen in the world that was achieved almost 100 victories from different wars. It was designed by McDonnell Douglas and has a twin engine in it. It was first introduced in the world in 1972 and is now available in many countries including Saudi Arabia, Japan and Israel as they have exported it for their military force. 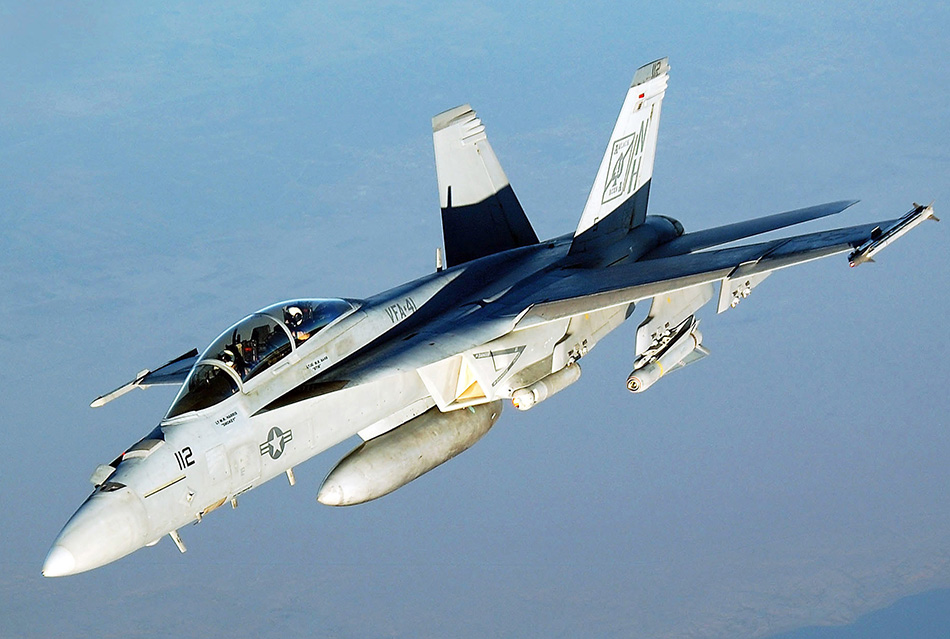 Super Hornet is the fighter plane that was very versatile and made powerfully. It was designed to develop a network with different systems and to provide support to the troops on the ground and in the air as well. It provides consistent support in the air in different missions. It is a large jet and is quite latest one to fight in different wars. 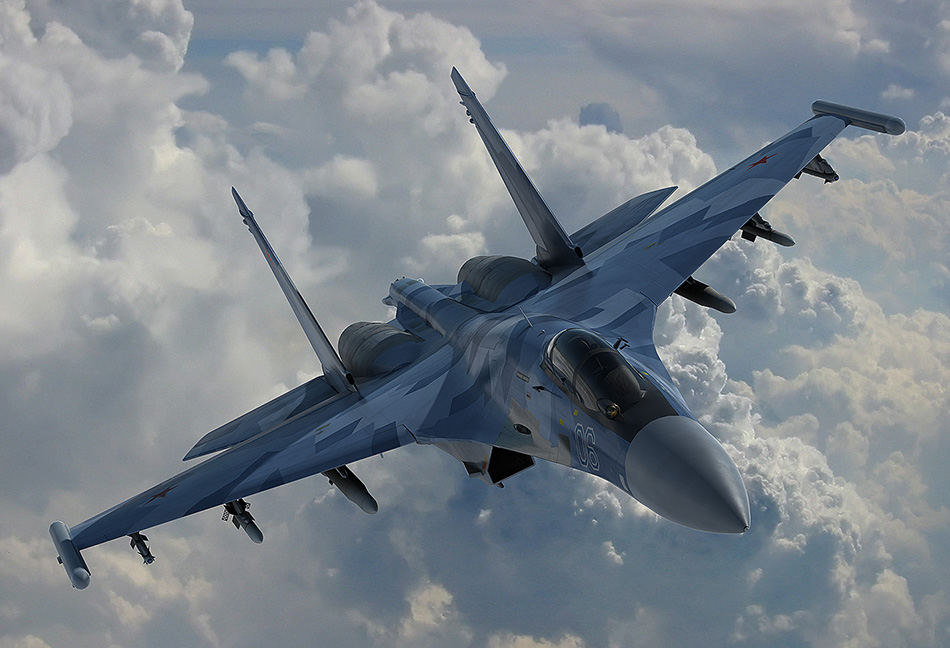 Sukhoi Su-35 is a latest jet that was designed in Russia with the heavy technology and is one seat fighter jet. It was designed by the Sukhoi which is quite famous air company that manufactures fighter planes. The features and components of this plane are very latest and are similar to the one Sukhoi0Su-30MKI, which was made in India. It is very latest and sleek jet and a quite stylish one. 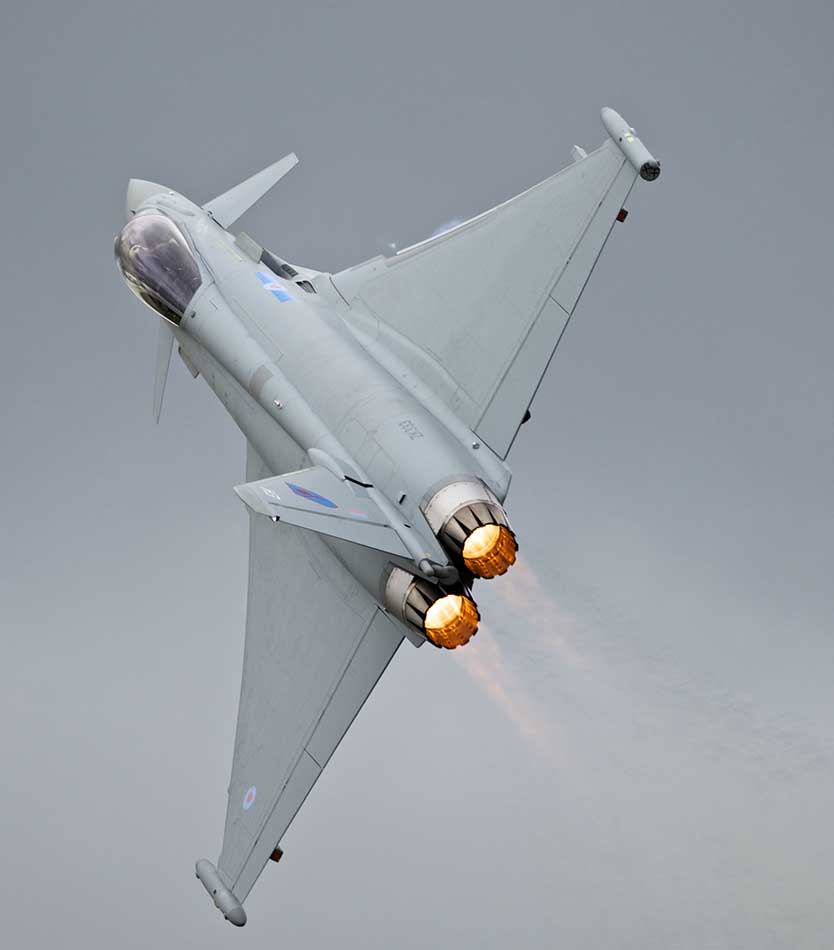 Eurofighter Typhoon is a quite advance jet fighter available in the world. It was designed by the mutual working of all 4 European Nations which are Italy, Spain, Germany, and the United Kingdom. It works effectively for all air to air and air to ground missions to make them more effective. It is a very sleek jet plane that is very powerful and advance to be owned and used by the countries in different wars. 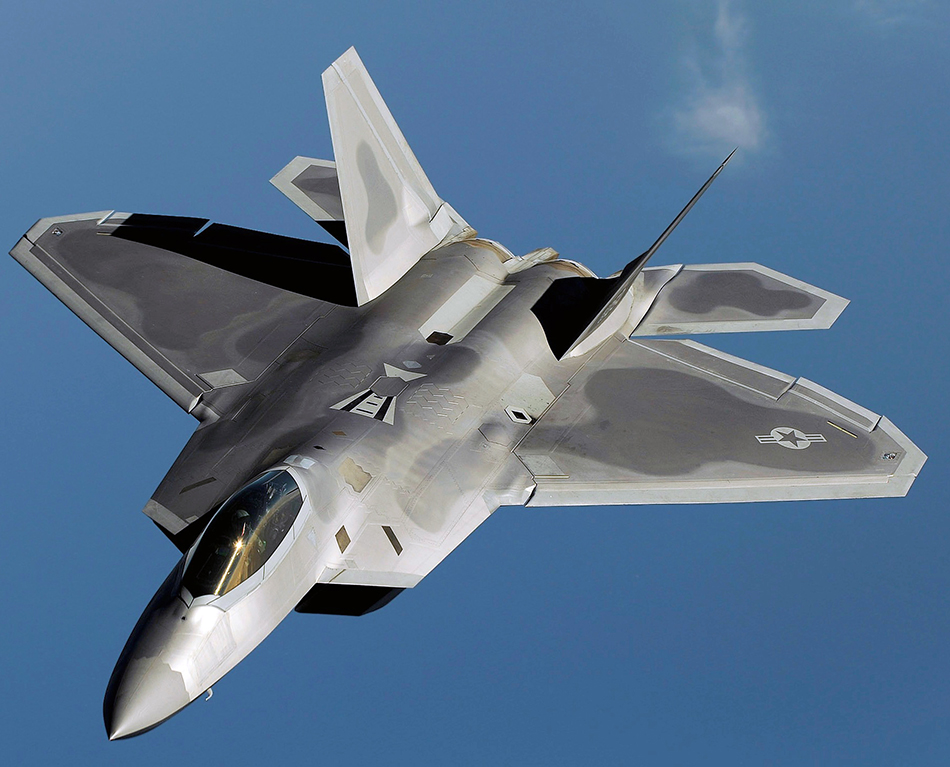 F-22 Raptor is a jet that performs many multi roles and is quite latest one. It is a best art weapon designed and manufactured in the world for all types of missions like air to surface and intelligence performances. It has a single seat that has twin engines in it and is made from the latest technology to make it more effective. It is very powerful but not very large which provides all latest features in this small jet. 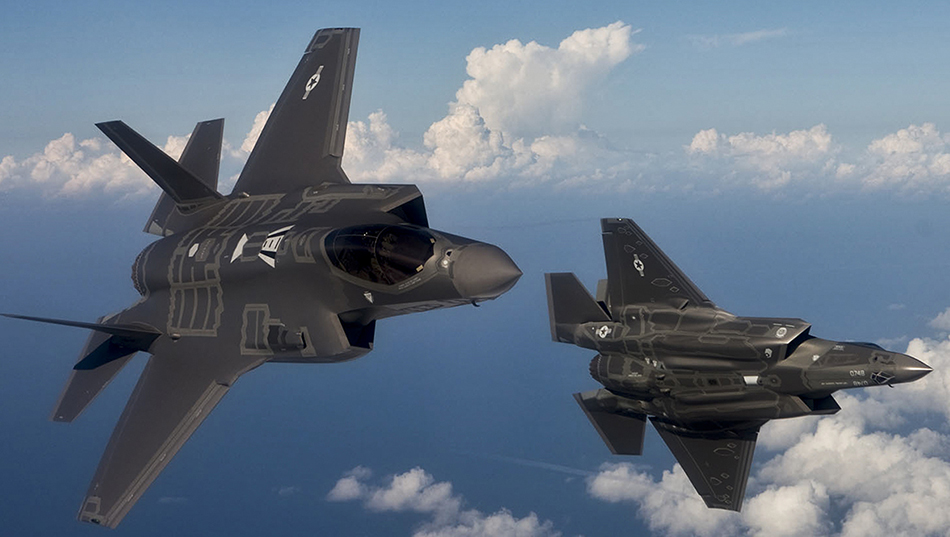 F-35 Lightning II is the most advanced fighter jet available in the world that is very expensive as well. It is designed for the latest technology and is quite flexible and is the fifth generation ever built in the world. It provides the best security needs to the country that owns it due to its innovative features and facilities. It is very sleek and stylish jet that is placed in the number 1 position among the most advance jets.

The above ranking of top 10 incredibly advanced fighter jets is given according to the features and capabilities of these jets. Fighter jets are very important for every country to keep them safe and are very expensive as well. All these jets are very latest and expensive to afford for all countries. All these fighter jets are quite latest and made with different features to make them more powerful and enhanced to fight against the enemies. These fighter planes are capable of fighting in the air and on the surface as well.