This article will talk about top 10 grossest delicacies from all around the world. Food is the basic need of every person but still they want something special to change their taste and eat something different from the normal routine. People have a strong love for food which proves that most of the television shows based on food are made because people love to see different recipes and methods to prepare them. In the world, many competitions and contests are conducted to test the cooking skills of the people and are given with prizes at the end. Every country has its specialty of food, but sometimes we see something disgusting on the television which is available there as well. This different kind of food allows the person to try the food of different cultures which sounds appealing, but their taste is not much appealing. These disgusting dishes are very strange in their look as well and are available at high prices as well. Most of the people in the world have never imagined eating these because they are not commonly available and eaten by the people.
The following are top 10 worst food items ever seen in the whole world:

Tuna fish is consider as one of the expensive seafood dishes. Tuna Eyeballs is the dish which is commonly available in Japan, which is considered as the delicacy. It is a natural thing that it is not tasted by most of the people. It is a meal which is above the average and available at a cheap price as well. It is only available at restaurants there for the people with rare taste. It is stewed for many hours to prepare it properly, and people love to eat them rather than the eye sockets and pupils it is much tastier part of eyes to be tried once to get something different. 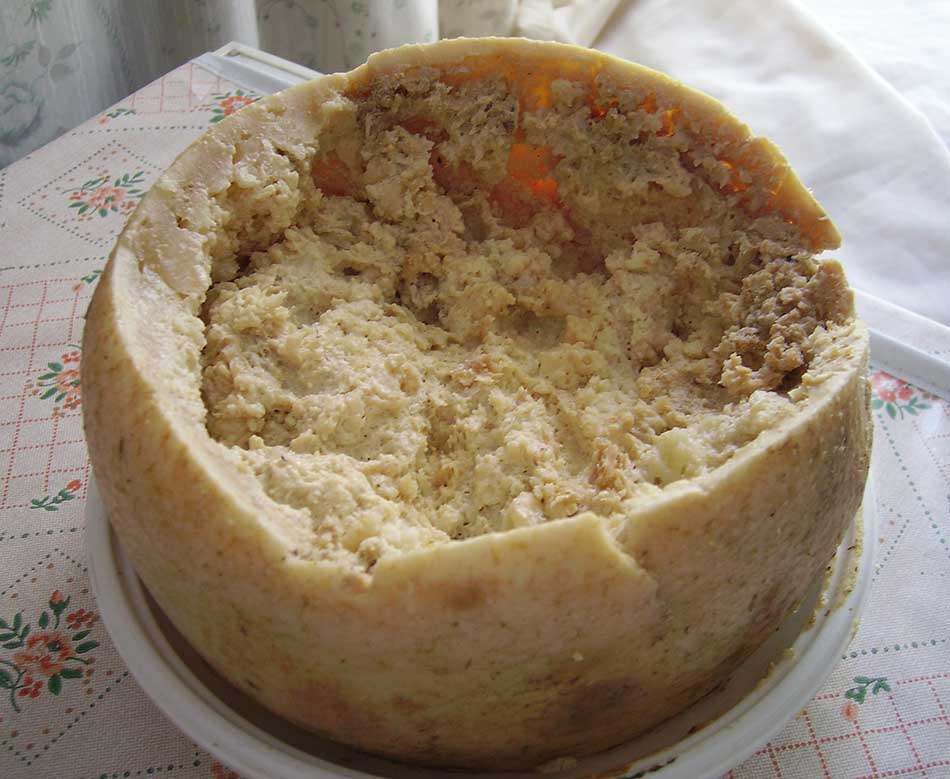 Casu Marzu is a traditional Sardinian cheese which is commonly called as the Maggot cheese. It is made from the pure goat cheese, and its preparing method is similar to the Pecorino. After preparing it, it has a small hole inside it and then it provides a place for the flies to lay eggs on it. The eggs will go inside it and are a main part of this dish. The only problem in this is that the maggots don’t like to be disturbed or come out of it. It is a quite horrifying type of dish which no one has ever imagined as people protect their food from the flies. 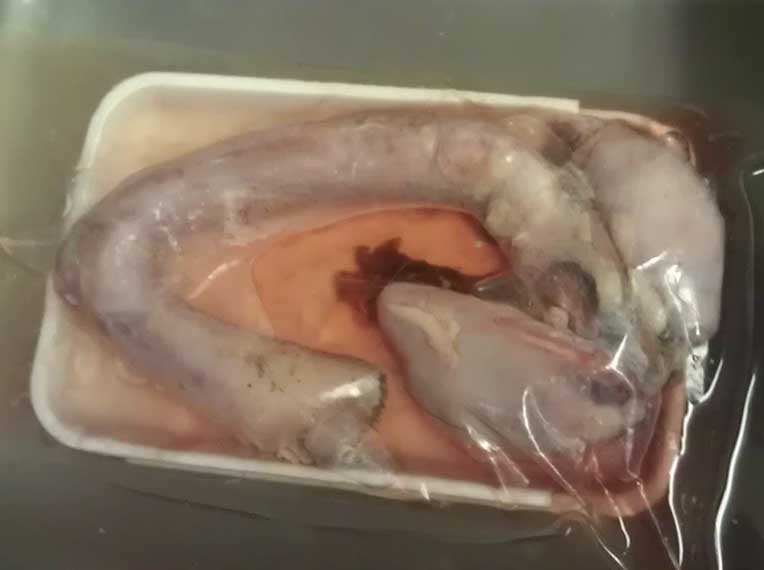 Deer Penis is the famous dish which is mainly served at the famous restaurant called Guo Li Zhuang located in Beijing. According to the people working in this restaurant, almost all Chinese are eating this dish from last thousands of years there. It is said by the medical specialists that the reproductive part of animals are best for the problems of erectile and kidney. Every part of the body of deer has some benefits for the people as human beings need different things to cure their problems. 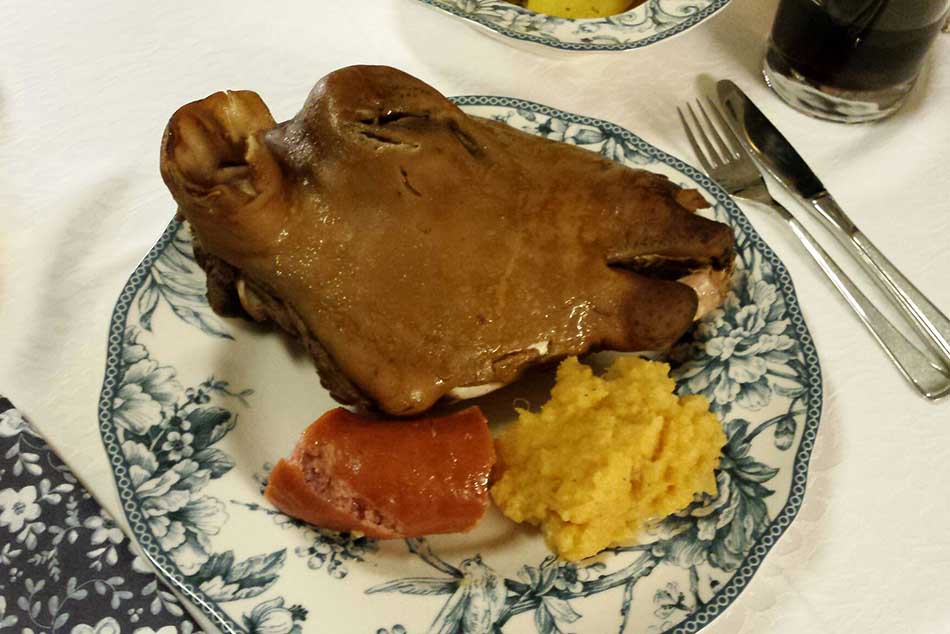 Sheep head is the delicacy of mainly South Africa and gaining popularity in some other places of the world. It is prepared by a proper method from starts from removing the whole flesh and brain from the head and adds some spices etc. to cook it. It is said by the Sheep Head lovers that its eyes and ears part is the best part and easily chewable as well. It is also said that the intestine of sheep is also very tasty and delicious part. 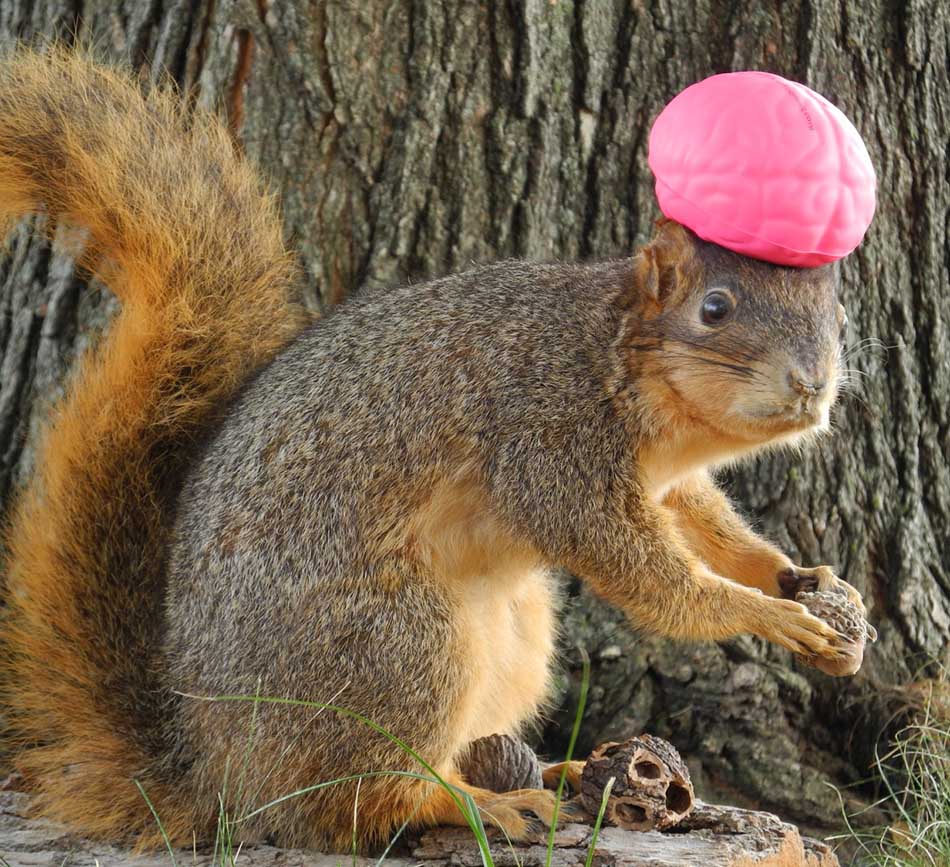 Squirrel Brain is named as the regional delicacy of Kentucky. But in 1990, the doctors there also advised the people not to eat the squirrel brains because it causes many major diseases to the human beings. It was detected almost 11 cases there which were regular squirrel brain eaters and were suffering from different diseases. It is only available in Kentucky not all around the world because it is their popularity or we can say their specialty. 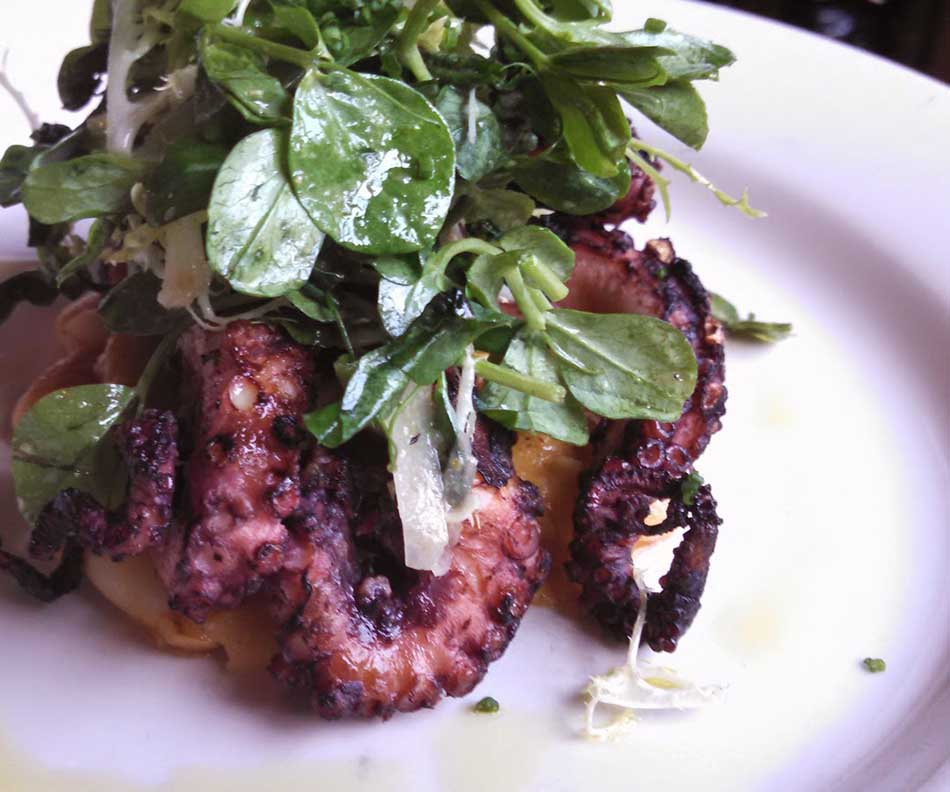 Bat Pasta is the delicacy dish of Thailand and bats are the animals which are considered as the rabies infected creatures and are nocturnal. For making this dish, first, you have to catch a bat which is later marinated in the boiling milk. The time required cooking it perfectly demand upon the size of the animals, but it should be soft enough so that it can be mashed properly. Further herbs and different spices can be added to enhance its taste. 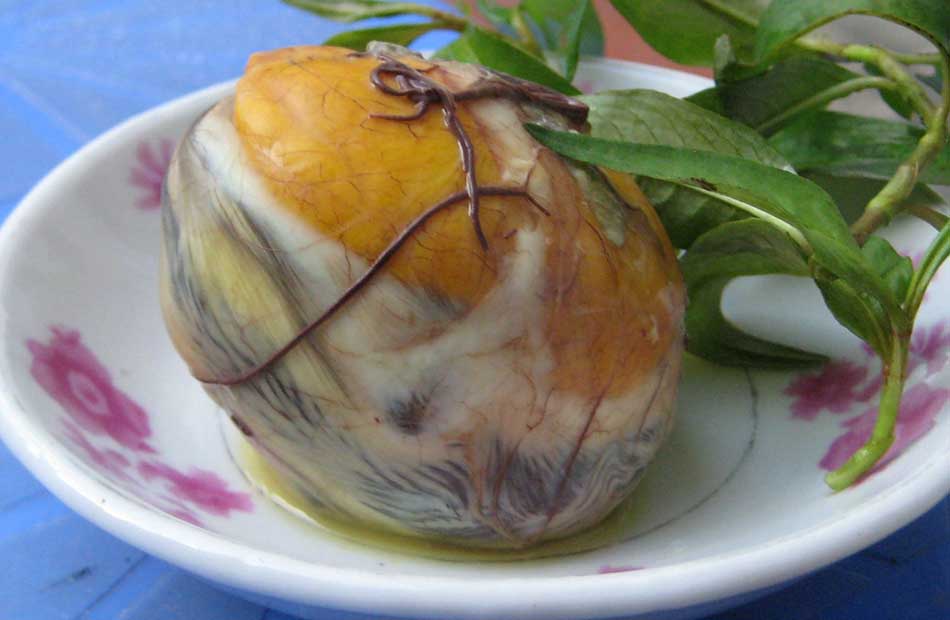 Hot Vit Lon is the delicacy dish of Vietnam which is made from the fertilized duck eggs which are almost 16 to 20 days old. It is said that fetal duck eggs are quite effective to gain strength right after the pregnancy. Inside the egg, there are feathers, beak and bone which are included in this list. It is a very common dish not only in Vietnam but also in China, Cambodia, Philippines and Laos. It is said that the Muscovy duck eggs are the best in taste and are amazing as well. 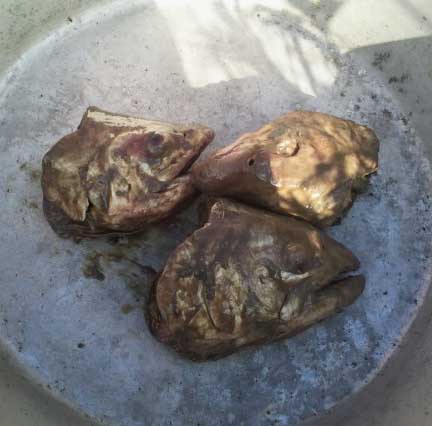 Stinkheads is the delicacy dish of Alaska, which is loved by the people there because they have developed taste for this dish. Stink heads are fish heads which are put under ground for many weeks for ferment. The most commonly used heads in this dish are of King Salmon. Their preparation method is very easy. The ancient Romans love to eat this dish, and they used to keep their heads out under the sun rather them burying them underground and according to them, their taste was much enhanced. 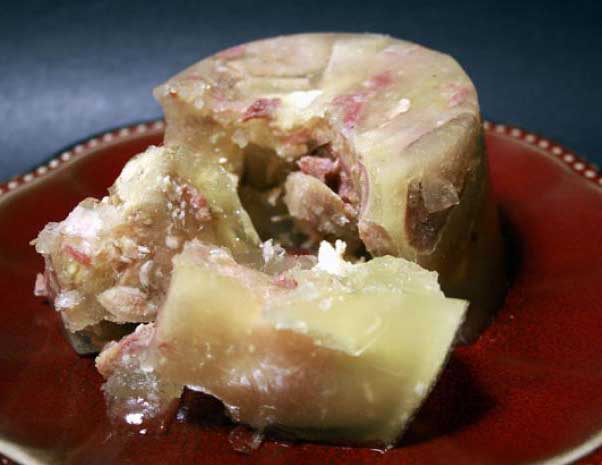 Moose Nose is the delicacy dish of the Northern Nation People and is the main part of their diet. It is named as a choice food as most of the hunters gift it to their elders. It is very simple to cook as first the moose nose has to be on fire for almost 60 minutes and then remove the skin and hair from it. It is cooked perfectly in a slow cooker and in slices which are also enhanced with the pepper and salt. 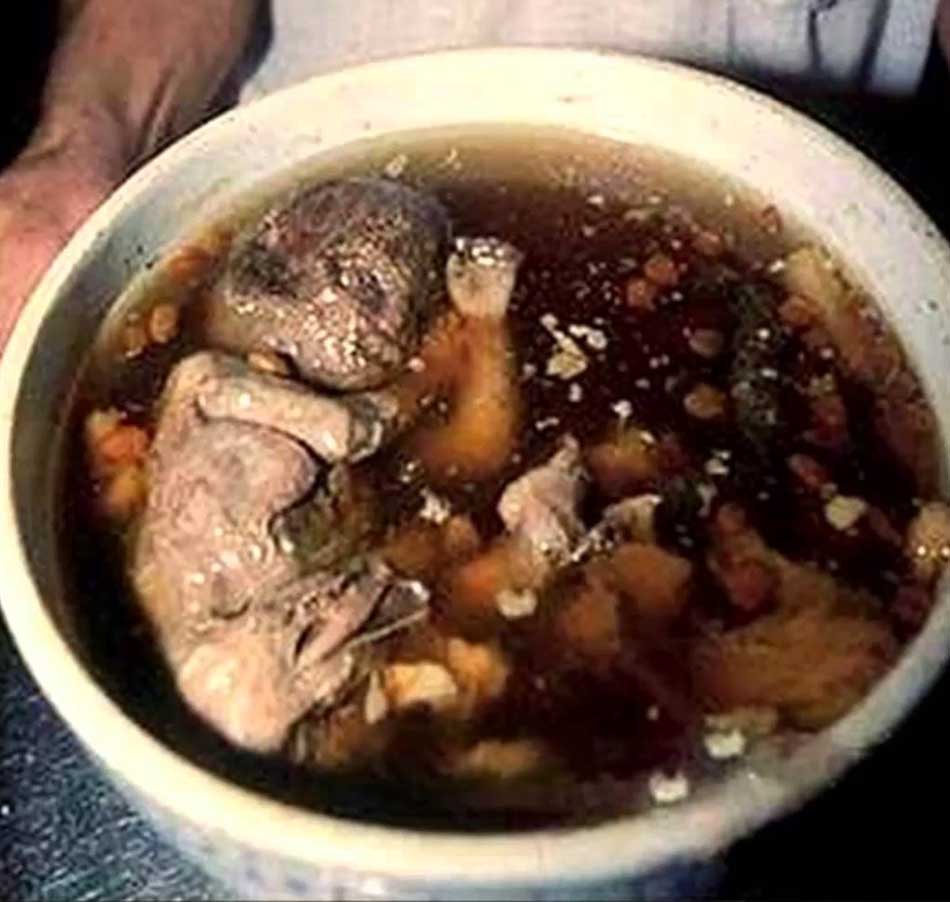 Most of the readers will be shocked to read this, but it is true as people in China used to eat the unborn babies. The worse medical staff in hospitals terminates the healthy pregnancies and sells them to the people. These fetuses are refrigerated and then crushed in a microwave and enhanced with herbs. At some places, it is eaten by the people directly.

Grossest Delicacies from all around the World – Strange

Most of the time foods attract the people only by their look and name, but this is not true every time. These delicacies of different specific places have proven that some of the food items are disgusting as well which everyone cannot eat, but only some people with their developed taste can eat these dishes.