Everyone in the world knows that gemstones are very expensive, and some are them are rare. Gemstones are the natural items that are present in the universe but people have to do a lot of hard work to get them. There are many famous gemstones among which some of them are more expensive and precious while some are normal ones. These gemstones are normally used in jewelry that mostly rich people own to maintain their status in the society. Gemstones are a piece of attractive stone or mineral which is used mainly in jewelry or some decorative products. People in the world are searching for the expensive and precious gemstones from decades and have found some rare ones as well. The rare ones are the stones with high monetary values that are affordable only for a specific class of society. Different gemstones have set different records in the world due to their values, rarity and sizes as well. These most expensive diamonds are sold to the people by conducting different big auctions.
The following are top 10 world`s most expensive gemstones: 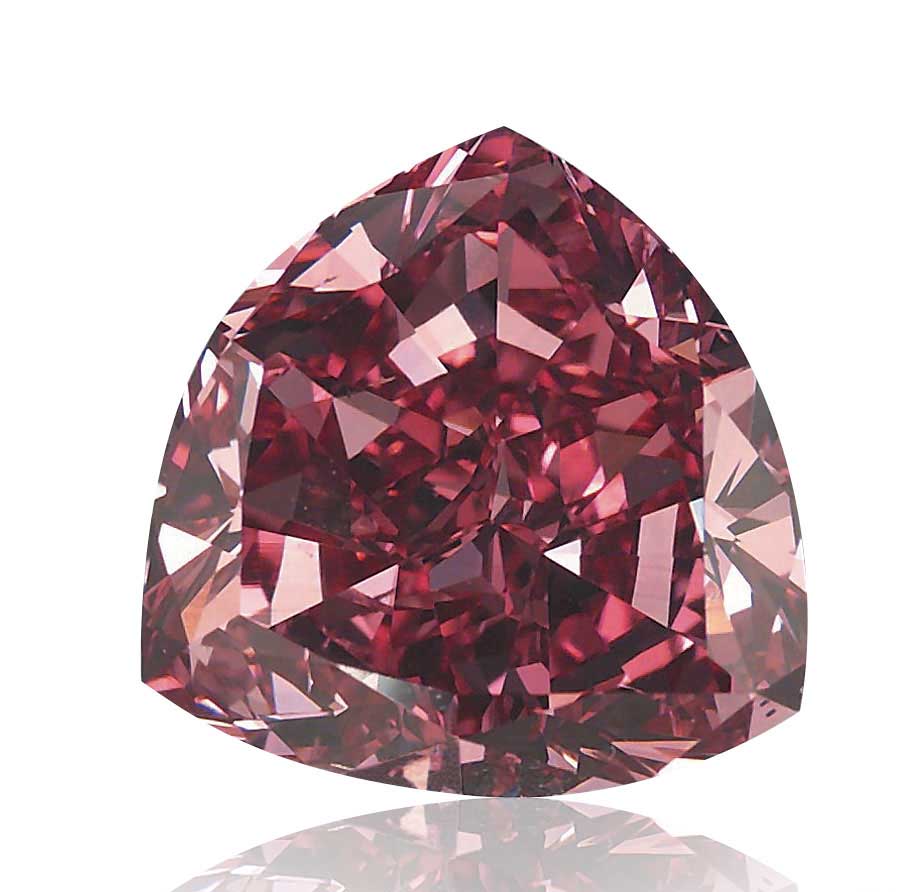 Moussaieff Red is the gemstone that is famous in the whole universe with the name Red Shield diamond and is considered as the fanciest red diamond in the whole globe. It is the diamond that is large and is off 5.11 carats. It was first found in Brazil in 1990 and was originally cut in the triangular shape that was amazing for the people. It is also put on display in Splendor of Diamonds in 2003. It is very beautiful and attractive stone and its color further enhanced look in it. 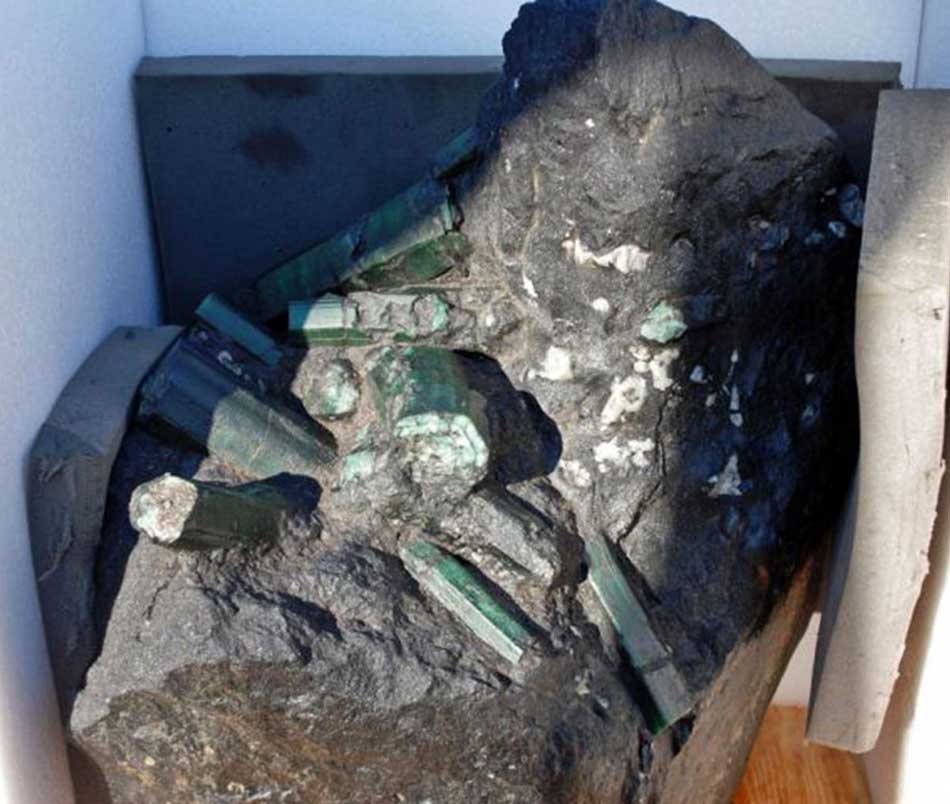 Bahia Emerald is one of the largest emeralds in the whole globe and is very difficult to find as well. It is only found in Bahia State which is located in Brazil. It was first discovered right after the flood which was Hurricane Katrina in 2005. Then in 2008 it was reportedly stolen in Los Angeles of California. The value of the stone was estimated to be $400 million but still the exact value is not determined in the universe. It was also posted in eBay for sale, and the price was almost $75 million. Then it was moved to the United States, and the ownership was claimed by different owners.

8. World most expensive gemstone per carat sold at auction: 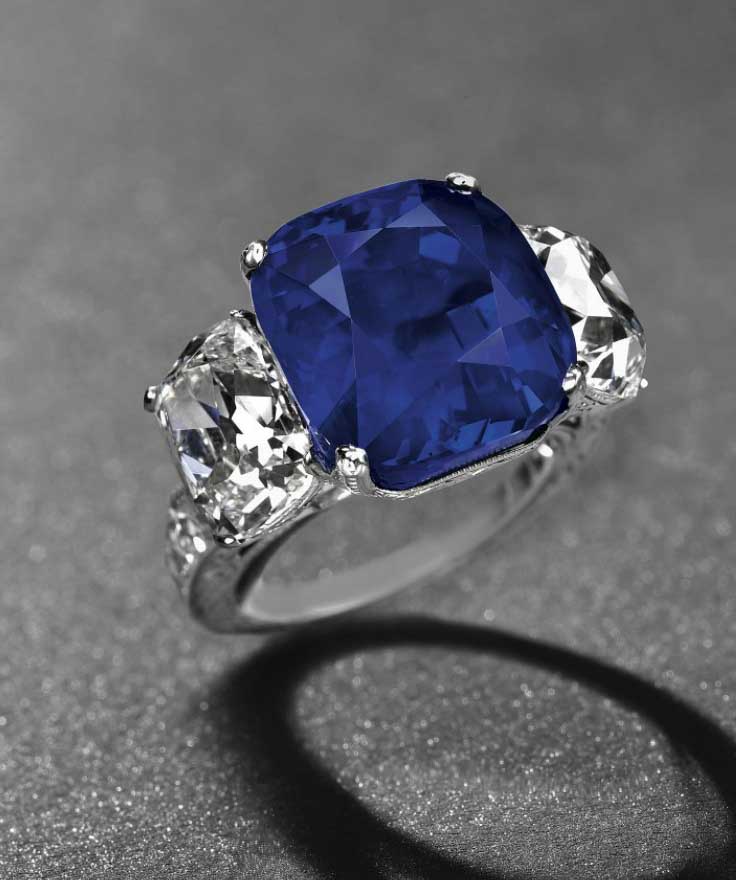 This gemstone is considered as the unique ones in the whole globe. It is a blue diamond that is an expensive one and flawless one that was recognized in 2007. It is a 6.04 carat diamond that was sold with the value of $7.98 million in the auction of Hong Kong. The price of this diamond was estimated to $1.32 million for each carat. The buyer of this diamond was Moussaieff Jewelers of London which is famous for the rare diamonds in the universe. It is not the largest diamond but very rare because of its color and shape. 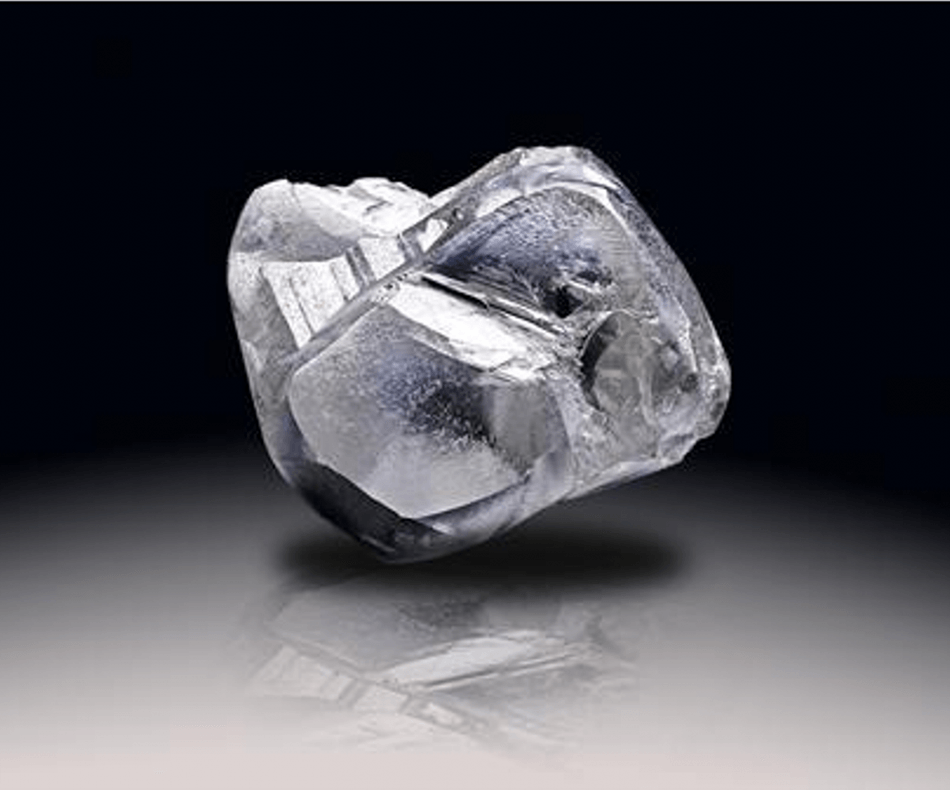 It is very massive diamond which is of 478 carats that was mainly found in Letseng Mine which is located in the small kingdom of South Africa. It is considered as the rough diamond that is considered as the 20th largest diamond found in the whole world. This stone has a small size rough stone that has the total value of $12 million. It is an uncut diamond that is then polished and made much attractive one. 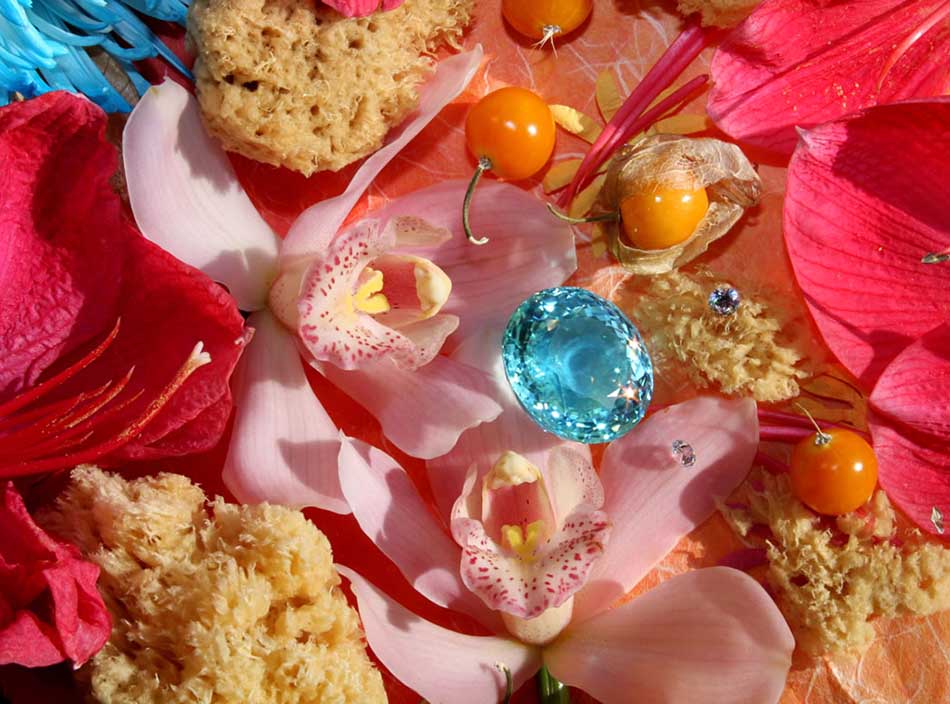 Ethereal Caroline is the gemstone that is owned by the Montreal Financier Vincent Boucher, which is very large of 192 carats that has the value of $25 million and $125 million as well. It has set many records for the largest one in Paraiba. It is considered as the rarest gemstone in the universe which is now showcased at Elite Jewelers. Paraiba has mined almost 10,000 diamonds which and this specific diamond has been discovered that weighs 50 kgs only.

5. The Graff Pink, Most expensive pink diamond of the world: 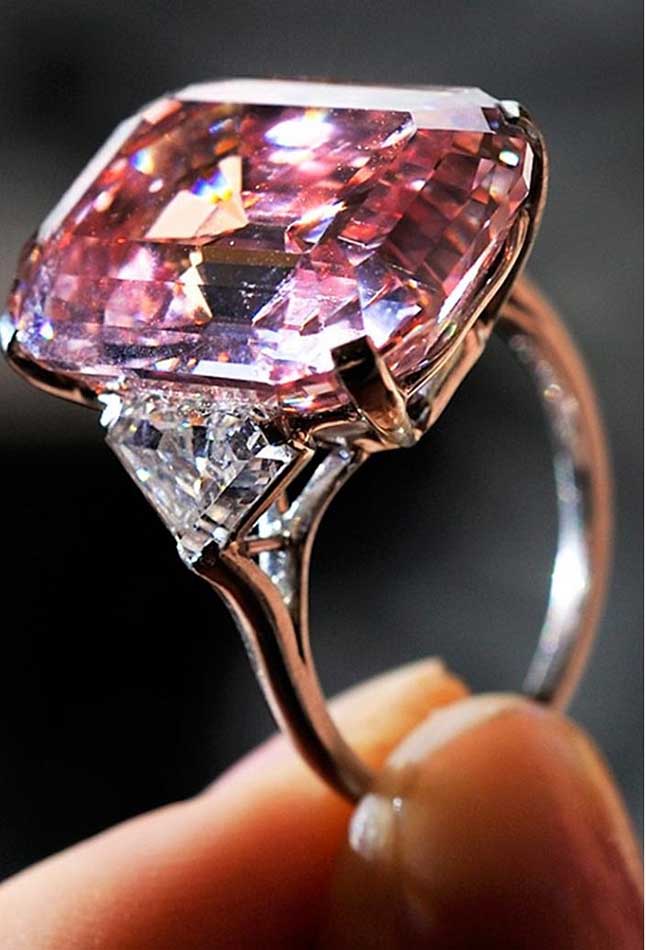 Laurence Graff is considered as the best dealer in the earth of diamonds and gems. In 2010, their reputation was much right after purchasing the rare pink colored diamond of 24.78 carats. He is also named as the Richest living buyer of Britain. Laurence Graff is a very rich person who owns 5 luxurious houses and a private yacht as well. He also has a diamond mine in Johannesburg. The pink diamond has also set a record in an auction that was of $45 million which is most paid jewel in the earth. 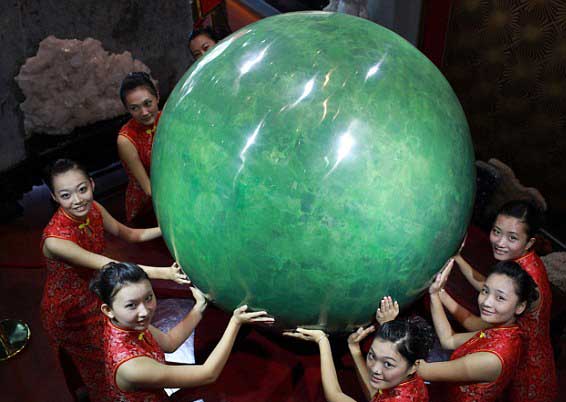 In 2010, the world largest pearl was displayed for the people in South Africa. The total weight of this pearl was 6 tonnes and the diameter of the pearl was estimated to be 1.6 meters and is still considered as the largest discovered pearl in the world and is value was estimated to be $301 million. It was discovered from China and most expensive diamond of China. It has specific features as well as it glows green in the dark. It took almost 3 years in its grinding to provide it a specific shape.

Dom Pedro is large aquamarine gemstone in the world. It was kept in an exhibition conducted in Washington where all rare and beautiful diamonds of the world were displayed. It was discovered from Brazil in 1980 and is now displayed at the National Museum of the world. It is the very beautiful gemstone of obelisk shape that is of blue, green color and was further designed b the German gem makes Bernd. It is a very large stone that weighs 4.6 pounds.

2. The Millennium, A football size Sapphire: 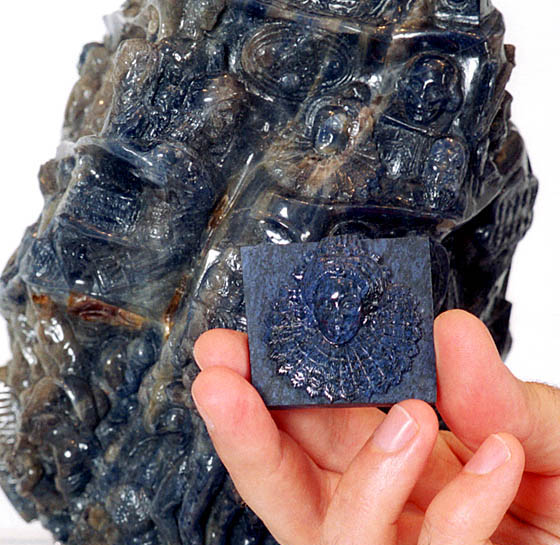 As the name of the gemstone shows that it is very large one that is a football sized and has a strong historical value in the world. It was then available for sale at the high price of $180 million. It was designed by an Italian designer Alessio Boschi and very genius person of the world that deals in precious stones. It is curved in beautiful shape and very famous in the world. It was under process to make it different and was then completed in 2000. 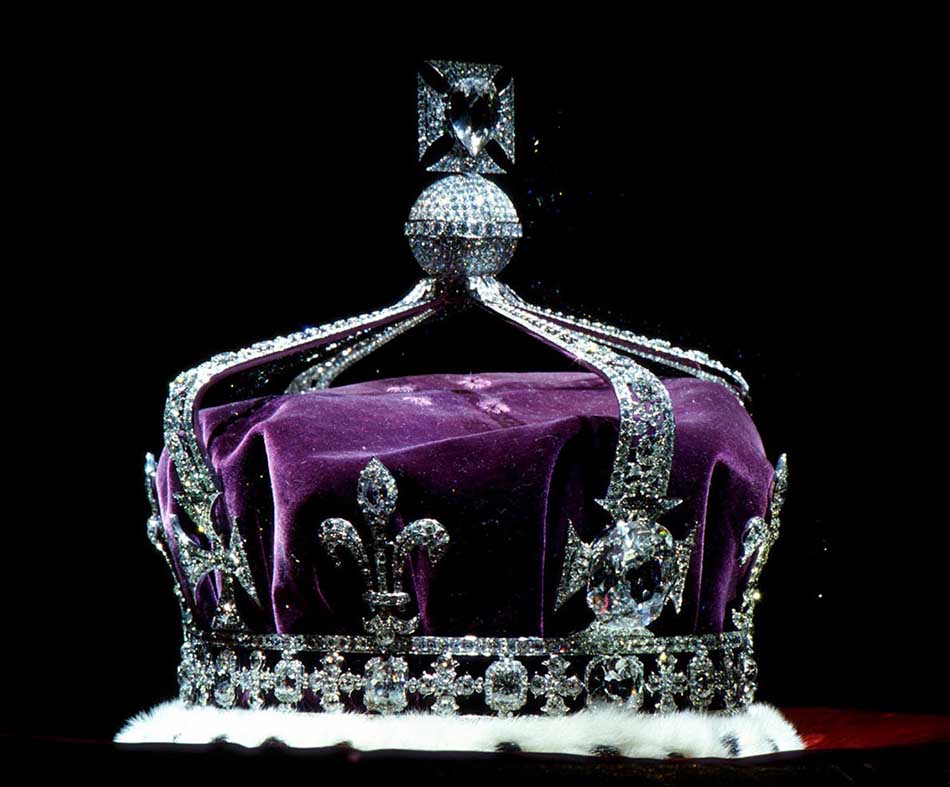 Koh-I-Noor diamond is very famous diamond in the world everyone is aware of its name. It is also considered as the largest diamond, and it belongs to India. It is still in the hands of Royal Family of Britain, and they have made it part of their precious crown. At that time, the weight of this stone was almost 186 carats.  Then it was cut and further designed by Prince Albert of Netherlands and was presented to Queen Victoria.

The above ranking of the top 10 record breaking most beautiful gemstones in the world is given according to the value and popularity of different gemstones in the world. Stones are very precious and enhance the beauty of jewelry more. All these stones discussed above are most precious stones of the world and very rare as well which are difficult to find. Their value is very high according to their rarity and quality that are not affordable for everyone in the world.