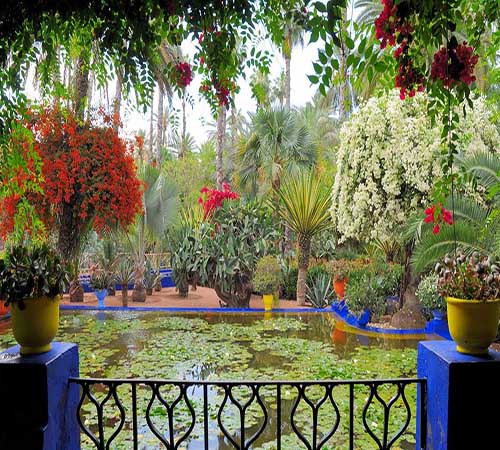 Every person loves some natural beauty which is always refreshing for their eyes and soul as well. Nature is basically a thing which can fully refresh the person and can be healthy for the body. There are many beautiful places in the whole world which are worth visiting for the people all around the world. The world best gardens are not only natural but some human efforts are provided to make them more beautiful and attractive for the people coming there. It is said that a person can feel completely refreshed only by hearing the name of Garden. Garden is considered as the place which provides peace for the mind because of the amazing smell of flowers, birds chirping, fresh breeze and many others features there. The morning walk is always conducted in beautiful gardens which are really blessing one. These world best gardens are amazingly designed, made and are named as the best blessing of nature for the people of the world.
The following are top 9 most luxurious gardens in the world which are worth visiting for the people: 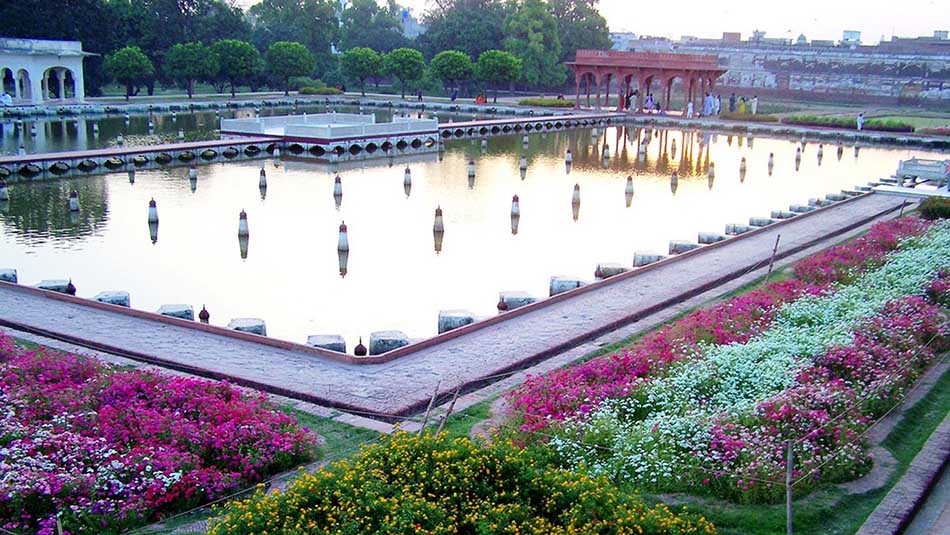 Pakistan is very beautiful country which has beautiful places worth visiting for the people. This amazing Shalimar garden was constructed in 1641 by the famous Mughal Emperor called Shah Jahan. Shalimar park is located in the famous city of Pakistan called Lahore. It is basically given the shape of oblong which has three terraces and is enhanced with fountains and water cascades. It is also included in this list of World Heritage by UNESCO given in 1981 which made it famous. 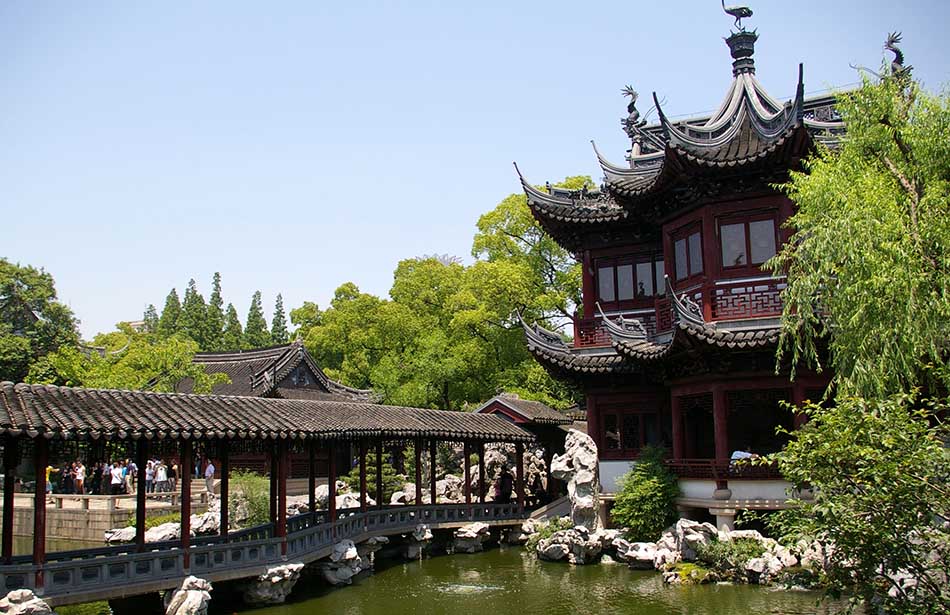 China is the country which is known for its luxurious and historical buildings which are also seen in this garden. This amazing garden is considered as the place to provide happiness to the people coming there. It is one of the oldest park located there which is situated near to Shanghai`s famous God Temple. It consists of dragon walls, rockeries, ponds, towers and different separated parts of the garden as well. 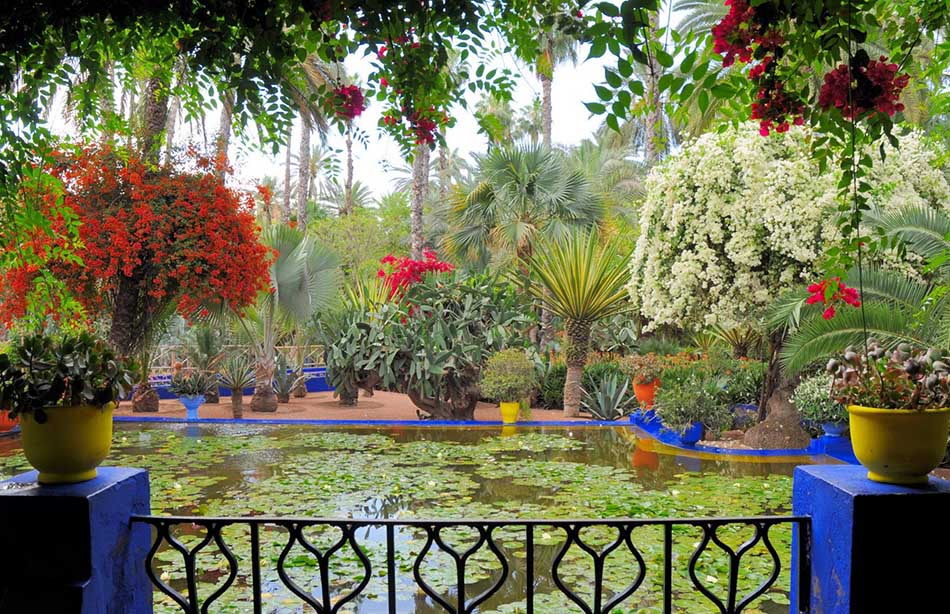 Jardin Majorelle is the garden which was designed by French Painter called Jacques Majorelle and has provides much design and environment of the Mediterranean vibes to the people there with different colors and flowers. It was also the garth which was owned by the best and famous fashion designer called Yves Saint Laurent and is now in the hands of the government of Marrakech city which is a major destination for tourists from all over the world because of its beauty and unique flower collection located there. 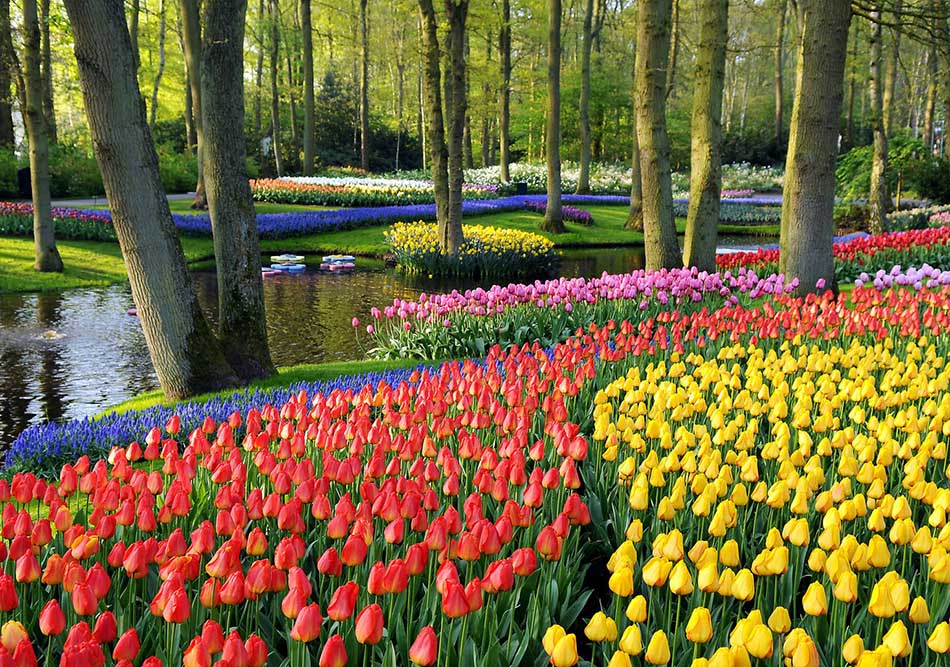 Netherlands is the place which is full of natural beauty and people are amazed to enjoy the beauty there. This Keukenhof Garden is also called as the largest and most beautiful flower garden of the whole world which consists of more than 7 million rare flowers called daffodils, tulips and hyacinths, lilies and roses as well. It is commonly given the name of Garden of Europe because of its beauty and amazing flower collection there. It is very large park which is worth visiting for the people going there. 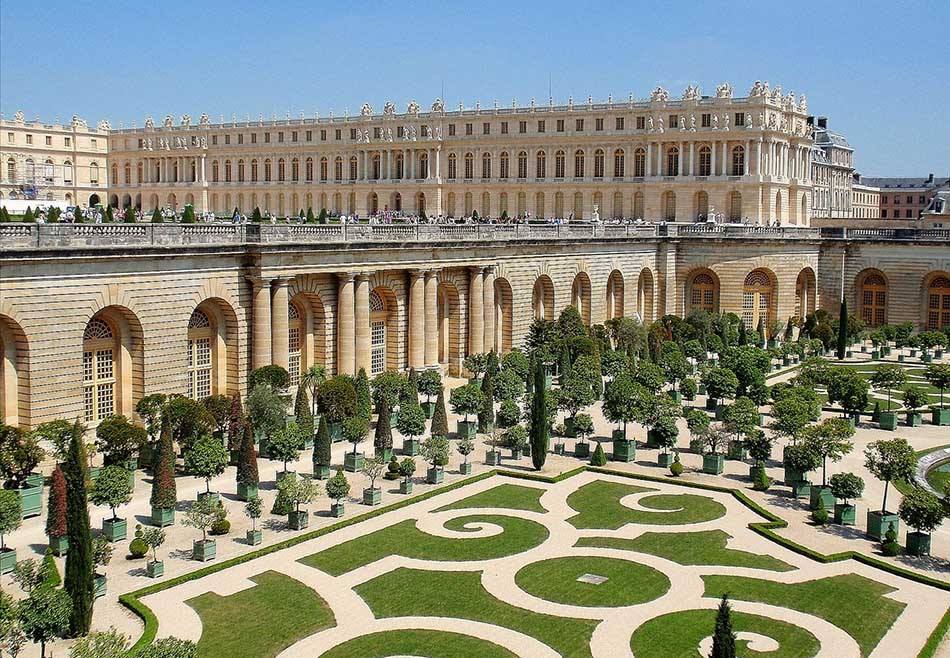 Here comes the country France which is known for its beautiful places and also the garden called Versailles Palace which has a garden with it called Renaissance garden and was designed by Andre Notre in 1660 for the King Louis XIV. It is very large park which is located on area of more than 250 acres and is one of the most famous three king’s gardens there. It is designed amazingly and the tree collection there can completely attract and impress the person coming there. 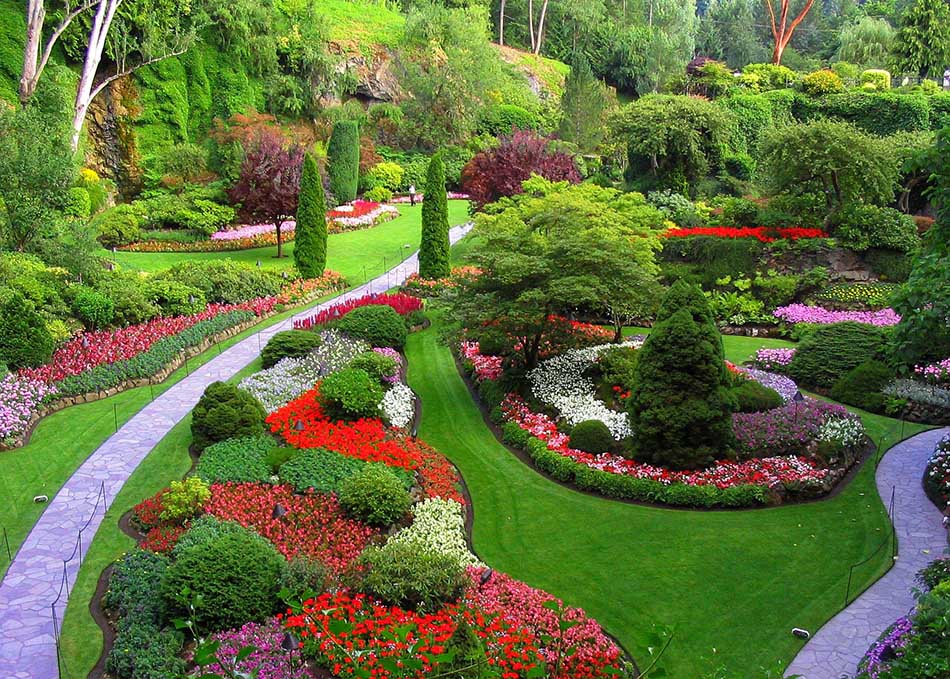 Here comes the beautiful garden located in British Columbia with the name of Butchart Garden which is the main tourist’s attraction there because of its beauty. It was turned into beautiful garth from the cement quarry by the efforts of the wife of Portland cement manufacturer after their company was closed in 1904 than it was the best use of this place. It is made with all the beauties worth watching which include amazing natural looking waterfalls for the people there. The flower collection is also precious and amazing there which can refresh the eyes and soul of the person. 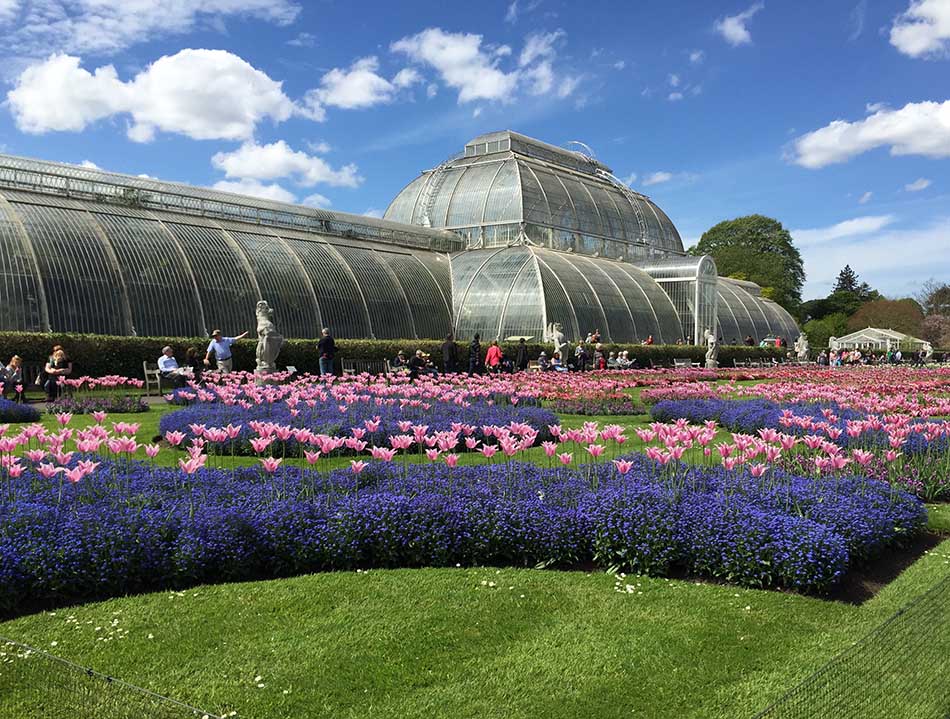 New Garden is the beautiful garden located in London, which is the best tourist’s attraction there which is made on a quite different pattern and is also enhanced with glasshouses and historical buildings to enjoy the beauty of the park to the fullest. It is the garth which owns the rarest flower collection which is obtained from the ancient voyagers from all over the world and is a main attraction for the people there. People visiting it can also enjoy the historical buildings there which can depict their culture and background as well. 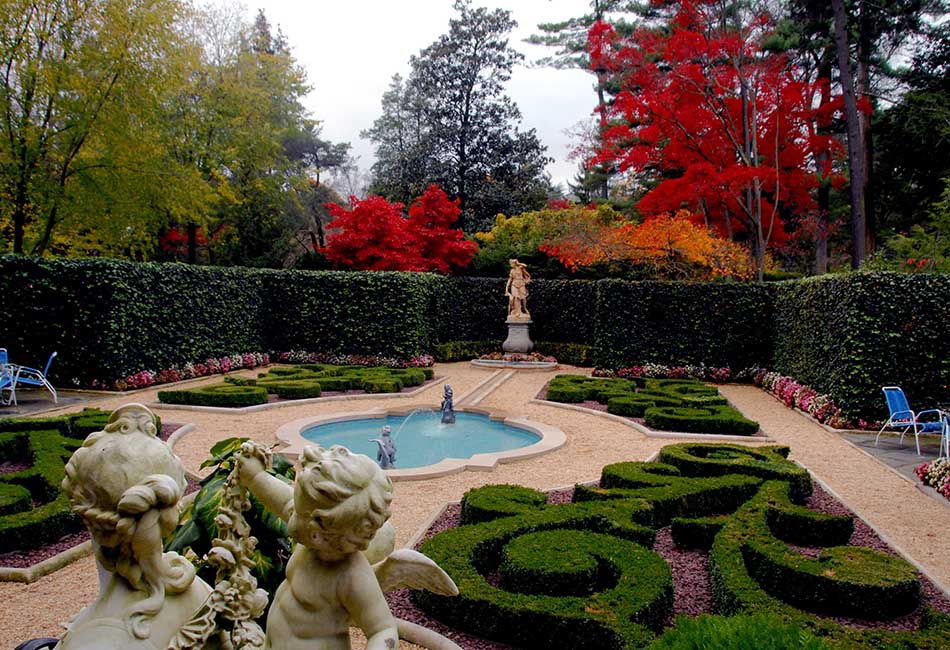 Hillwood estate garden and a museum are the one which was designed and developed by the Socialite Marjorie Merriweather. It is the best garden which also has a museum in it and is given the Japanese style completely which can be seen easily in it. It is now fully opened to the public, and her house was developed into the museum to make it more attractive for the people coming there. It is very well developed a garden which is worth visiting for the people which can depict the historical background of this country in their museum. 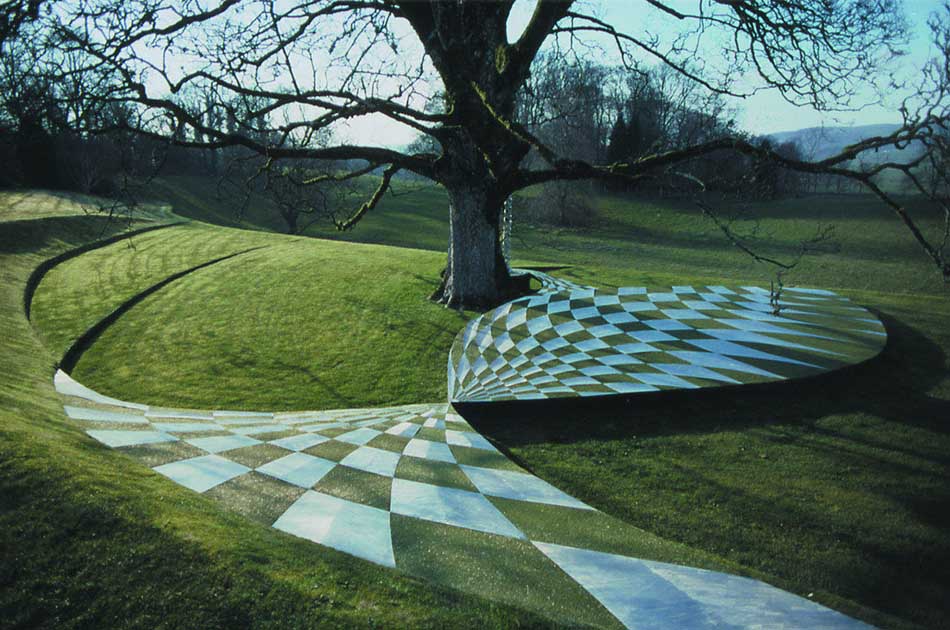 Garden of Cosmic Speculation is the one which is totally inspired by the mathematics and science concepts. It is only opened to the general public on a single day during the whole year. It was designed and developed by Maggie and Charles Jencks. It has built-in beautiful geometric patterns, steel structures; chess board alleys which are also enhanced with flowers, trees and lakes as well to complete the whole look of this garden. It is very colorful and amazing garden which is located in Scotland and the main attraction for the tourists all over the world.

Most Luxurious Gardens Around the World – Top Rated

Gardens are very beautiful and are located in different countries of the world, but it is not important there should be a garden, but a garden must be beautiful. All these gardens explained above are best in their ways and amazing ones which are worth visiting for the people from all over the world once in their lifetime. The beauty of these gardens is unmatchable with other normal gardens located in the world.