There are many things which are very rare and precious these things are made from some expensive materiel which is very precious and have high value among the people. Gold is one of them, and most of the people in the world are well aware of its value. It has different uses, and different things are made from it. Gold is used at different events to enhance the value of something much higher which will attract and amaze the people towards it. Most of the time, expensive Christmas tree is made of pure gold which is very expensive and is only affordable for the rich people. It is said that rich people wanted to spend much more money on their luxuries and don’t see the thing on which they are spending. Gold is a quite common thing in the whole world which has a very luxurious look and high standard due to its high price and elegance in it. Gold itself is very expensive and classy metal which is worth purchasing as its value increases with time.
The following are top 10 most expensive gold things ever made in the world: 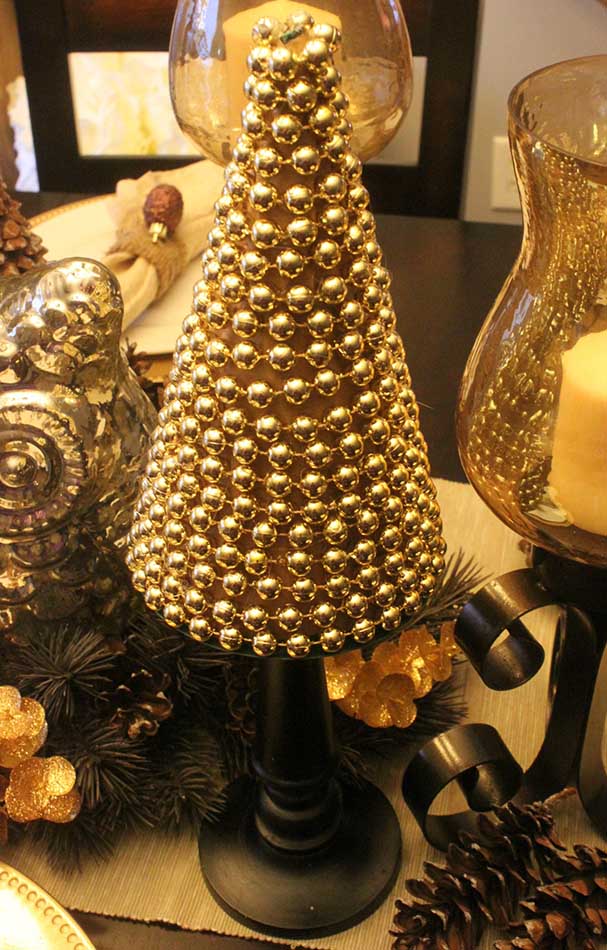 Gold Tabletop Christmas tree is the paved gold tree which is made with the estimated value of $500,000. This tree was designed and made by Steve Quick and was made for the fund raising project. It was made with the pure 2 kg gold which is further studded with the platinum star on the top. It is also enhanced with the diamond ornaments and another layer of 200 carats of diamonds to give it a shiny look. 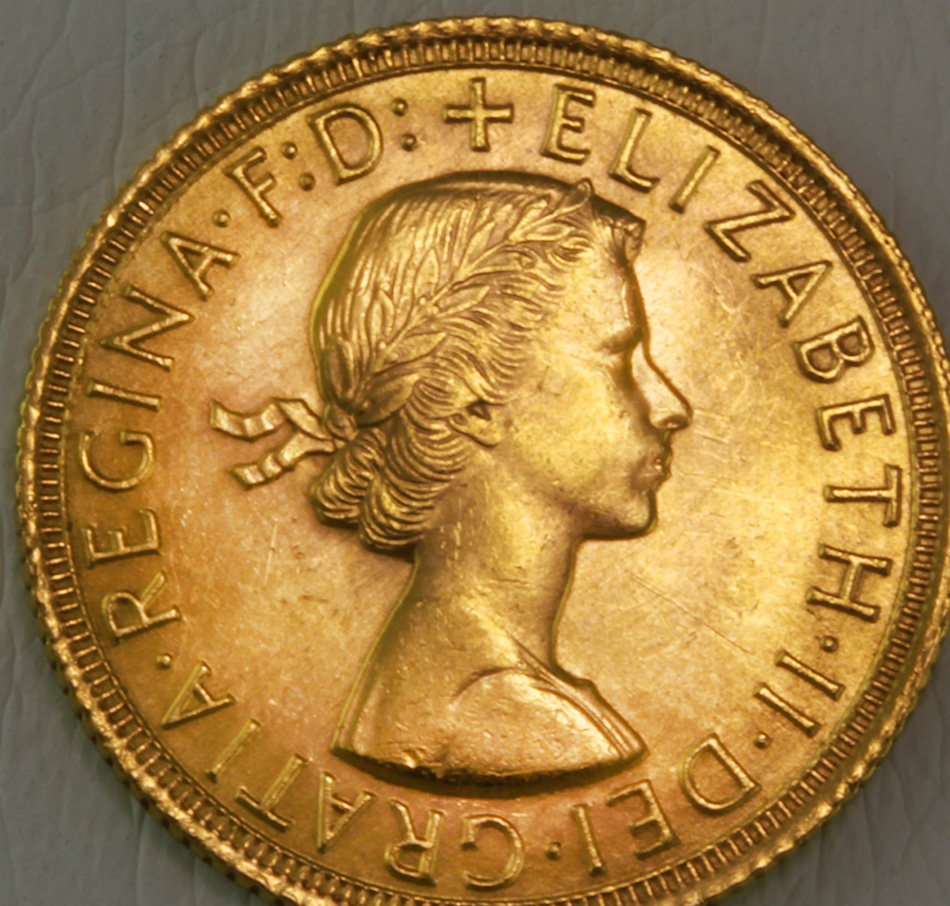 Gold Elizabeth Coin is also made from pure gold which has the estimated value of $997,000. There are different precious coins with high value in the world, but this one is made from pure gold. It was made in Canada and from pure 99% gold is used in it. The exact weight of this coin is 90 kg and is very thick one. It features the face of Queen Elizabeth on the head, and the maple leaves on its tail. It is very beautiful coin which has a shiny look. 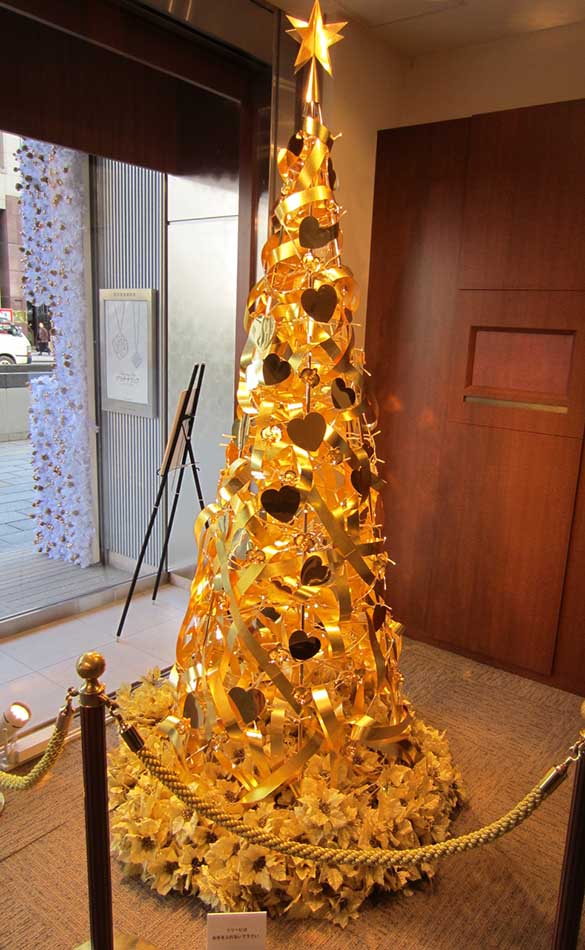 Again here comes the Christmas tree which is also made from gold with the estimated value of $2 million. It is made of pure gold which is studded with 240 precious jewels which include pearls and diamond studs. It was designed by the Japanese Jewelry brand called Ginza Tanaka and is named as the most expensive tree in the world. It has a shining gold star on the top which is made from a pure gold ad is sparkling one. 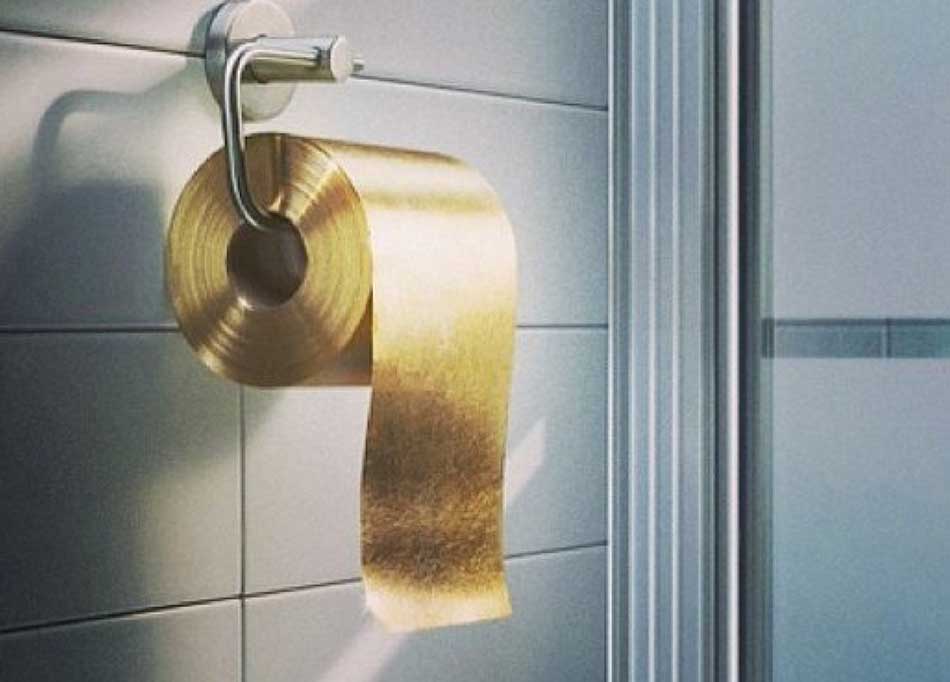 Toilet and Toilet paper is quite an important thing in every house. The estimated value of this gold toilet is $2.5 million, and toilet paper has the value of $1.3 million. It is the bathroom which is located in Hong Kong which was built in 2001 by the gold technology group. It has embellished solid gold on the walls and with some jewels to enhance the beauty of this bathroom. It also offers a bottle of champagne as a gift with this bathroom and toilet paper of gold. 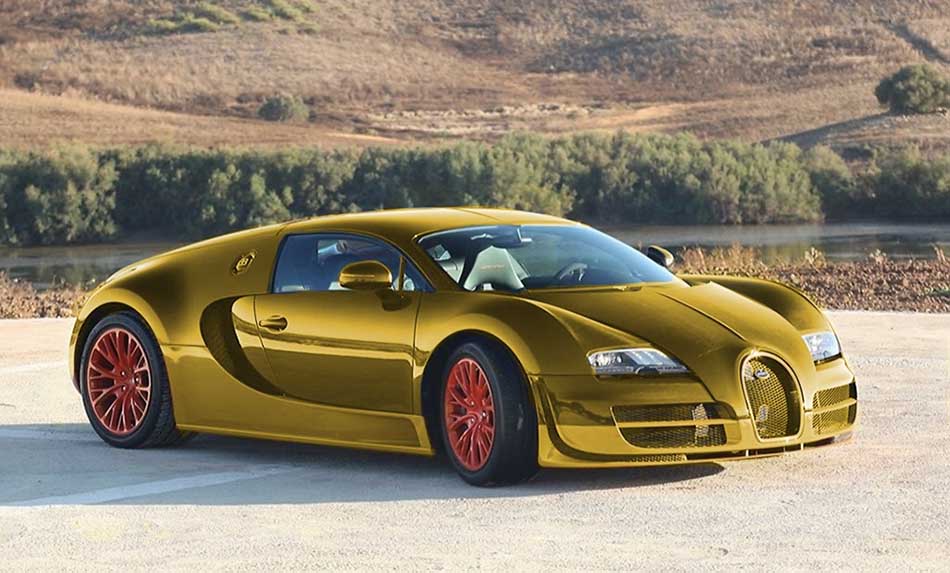 Bugatti Veyron is a tiny car which is much more expensive than the real one as its estimated value of $4 million. It was designed by Stuart Hughes and also Swiss luxury car Maker Company was involved in it. It is made from 24 carat gold and the diamonds installed on it have a total weight of 7kgs. It has a functional steering and only 3 models of this type and can be kept as the decoration piece for a long time. 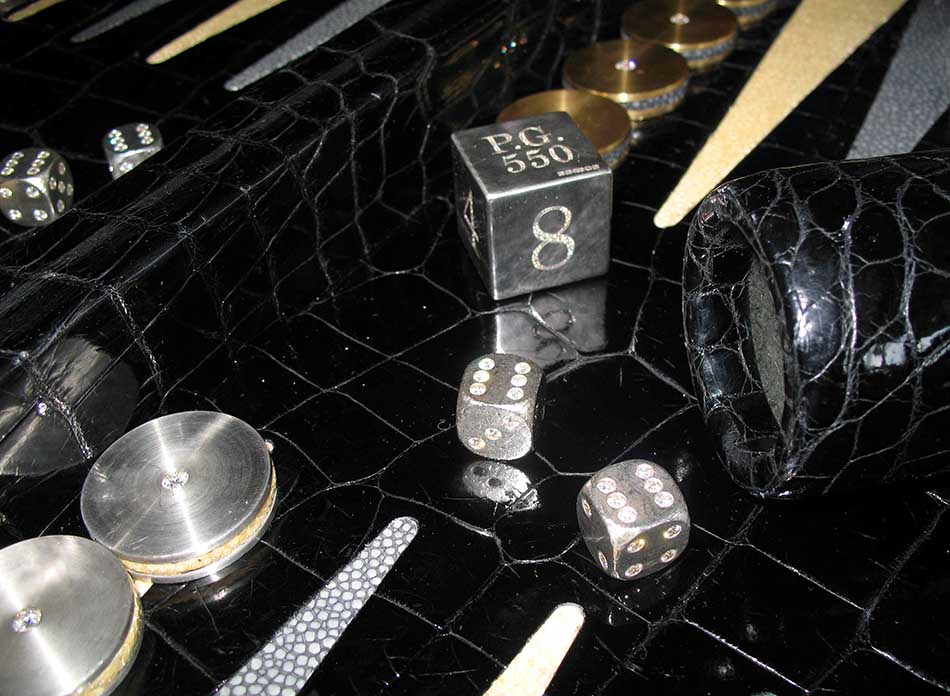 Poker is the game which is all about money, and this poker set is available at the price of $7.5 million. This poker set was designed by the Geoffrey Parker and is made from 18 carat white gold which is also studded with 384 stones and diamonds on it. This whole set is made from alligator skin and has a full suede lining, and it is fully plated with platinum. It is an amazing thing to be purchased as it is made of gold. 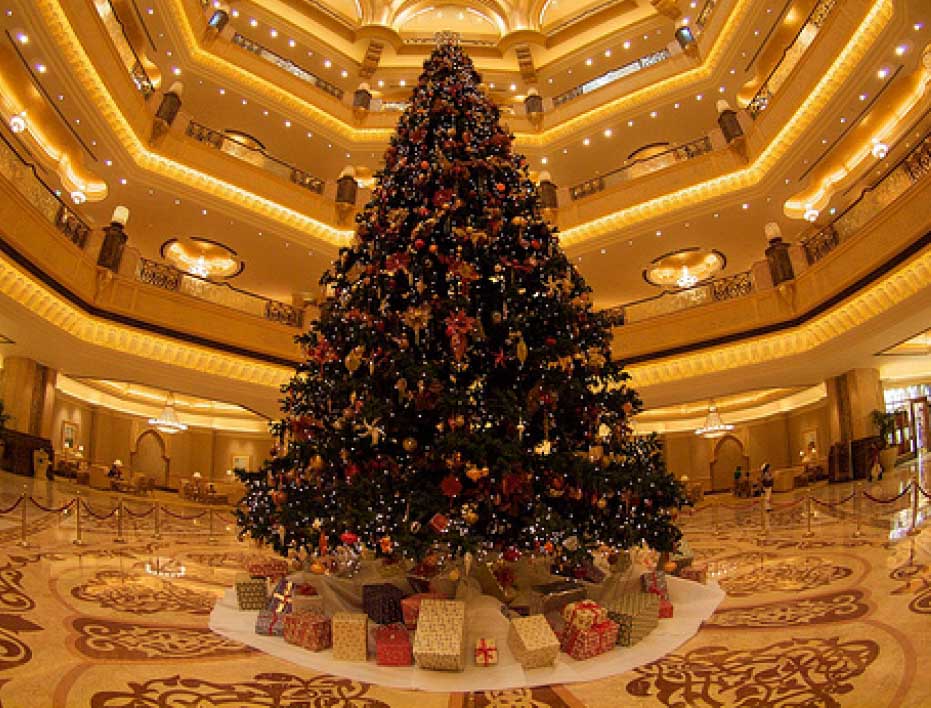 Abu Dhabi Christmas tree is the one who can make anyone go crazy with its look which has taken the luxury to a next level. It is the most expensive Christmas tree which was displayed in Abu Dhabi with the price tag of $11 million. This tree is almost 13 meters tall and is studded with 181 items of diamonds and precious stones. It has the gold wrapping paper on its base. It is a very beautiful tree which is worth watching on the special occasion of Christmas. 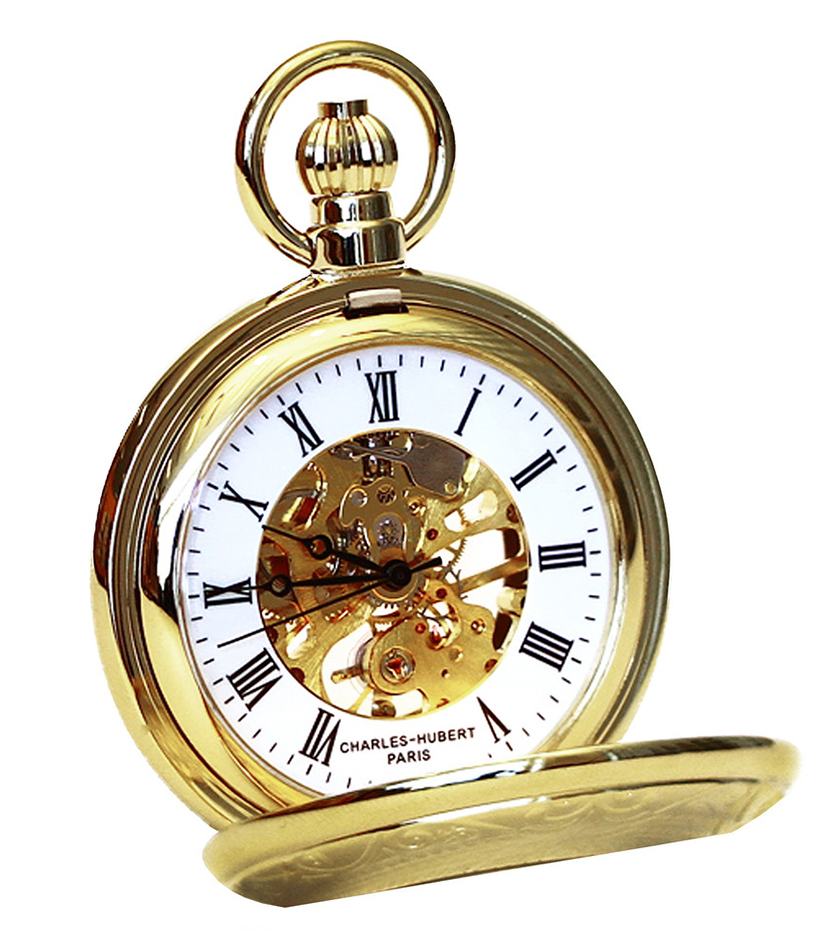 A gold pocket watch is the one which is designed by Patel Philippe with the estimated value of $11 million. It took almost 5 years to design and make this pocket watch to participate in a competition. It features almost 24 functional features in it which are quite an amazing thing. It is made from pure 18 karat solid gold and is the most demanded watch all around the world. It has very stylish design and worth purchasing. 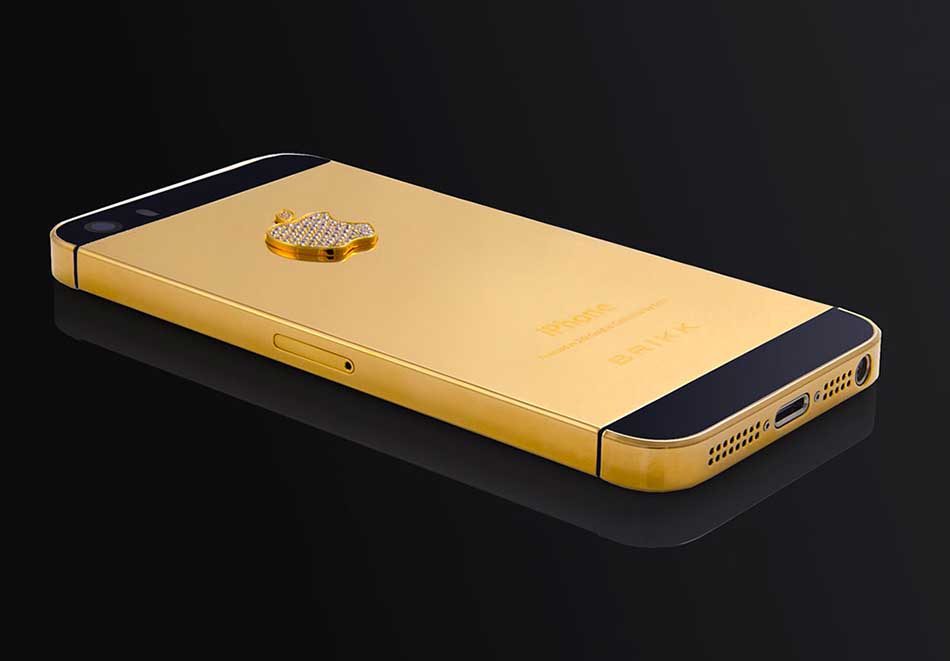 Black Diamond iPhone 5 is most expensive phone ever made in the world with the value of $15 million. It is fully studded with the black diamond’s which has increased its value much more. It was created by Stuart Hughes and took almost 9 weeks in completing this phone. It features 26 carat black diamonds. The screen of this phone is also made from sapphire glass and apple logo on the back is made from 53 precious diamonds. 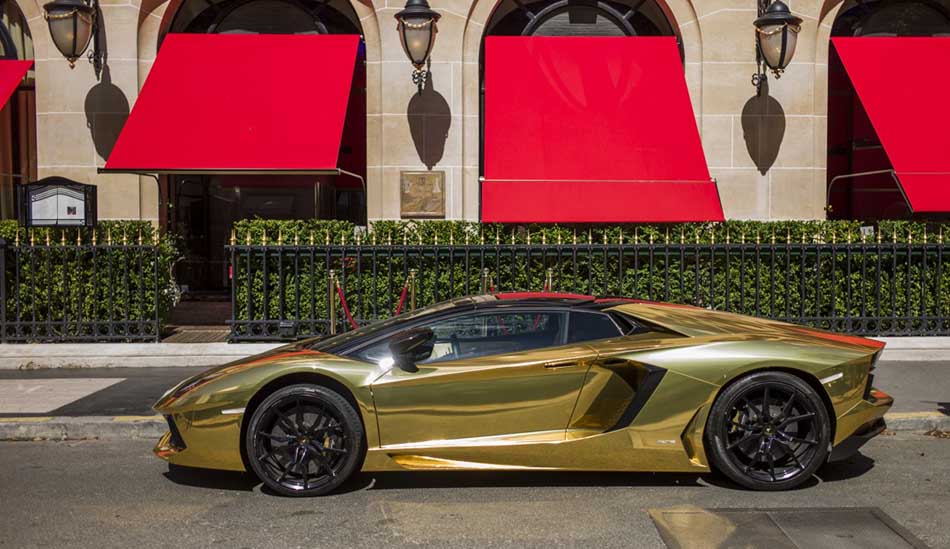 The above ranking of top 10 most expensive things ever made from gold is given according to the value of these things in the market. Gold is very expensive and luxurious item in the whole world which has different uses. All these things explained above are made from pure gold which has very luxurious look and has high value which has amazed the people with their attractive look.