Expensive cars of the world mean cars which are expensive and are providing luxurious benefits to all the customers. Customers who can afford the expensive cars can customized some features which can be added according to their desire and needs. Expensive cars cannot be afforded by everyone there is a class of society which can afford them. There are many brands which are making expensive cars for their clients like BMW, Porsche, Mercedes, etc. are focusing on the demands of their customers. Some brand names are always considered as expensive as they are famous in making of best and super cars in the world. Now around the world trend of keeping expensive cars is increasing as In Dubai there is a street called JBR people only came there to show their expensive cars to public, and that street is only famous for that. Here we have presented the  Rolls Royce is named as one of the most famous and luxurious car brands in the world which has much class in their all models but are very expensive not affordable for everyone.
The following are the best Rolls Royce cars available in the markets of the world: 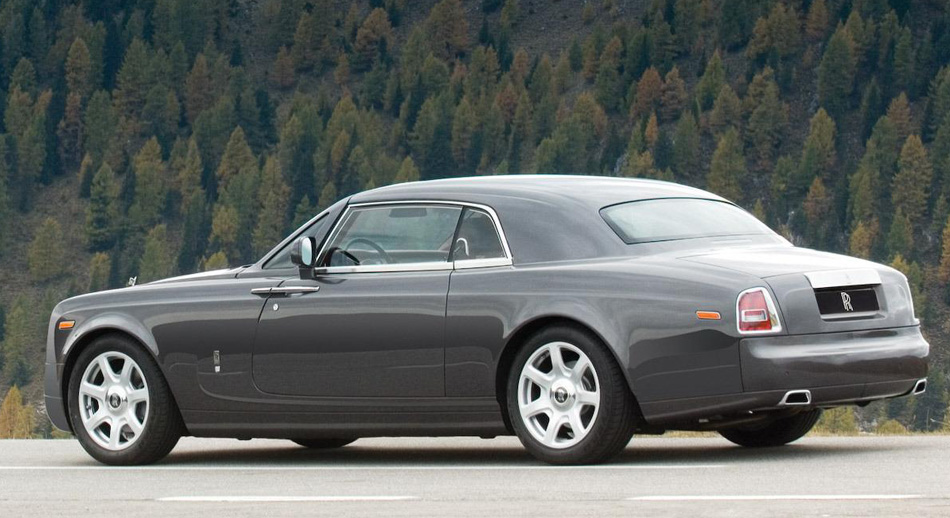 Phantom coupe is the most famous model of Rolls Royce which is a British luxurious car brand and was started in the field of cars in 2008 with an auto show. This particular model Phantom coupe is sold at the price of $650,000. It comes with the V12 engine and comes with the latest buttons to close the coach doors. It is made from thousands of tiny fiber optics which provide a much impressive look to it. It is also enhanced with many unique features in it which have attracted the car lovers towards it. 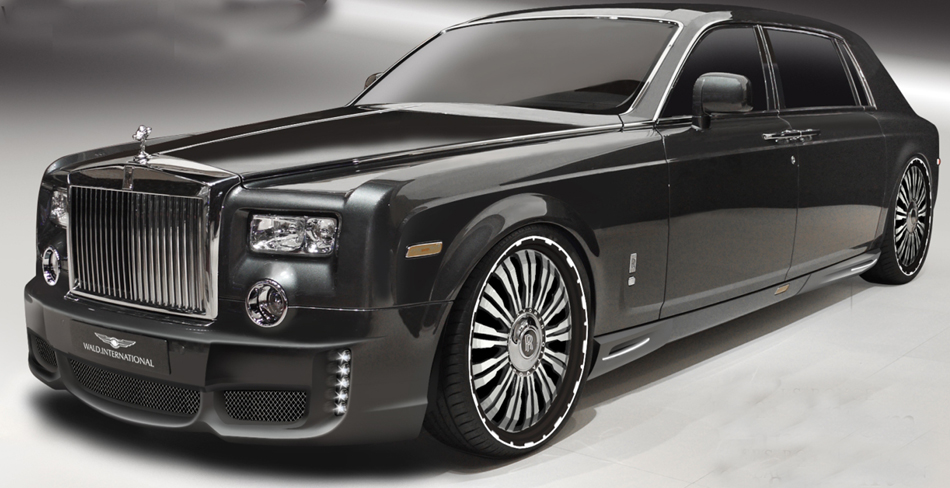 Rolls-Royce Phantom is a very luxurious car which is designed and made by Rolls-Royce vehicle company which are the very famous company all over the world and was introduced in 2003. Its body is made up of aluminum frame and can be drive at high speed because of the powerful engine. It is very expensive car and many Hollywood and Bollywood celebs own this car as they can afford it. They are launching more models of this which are better in features and engine quality. The price of this super car is $670,000. 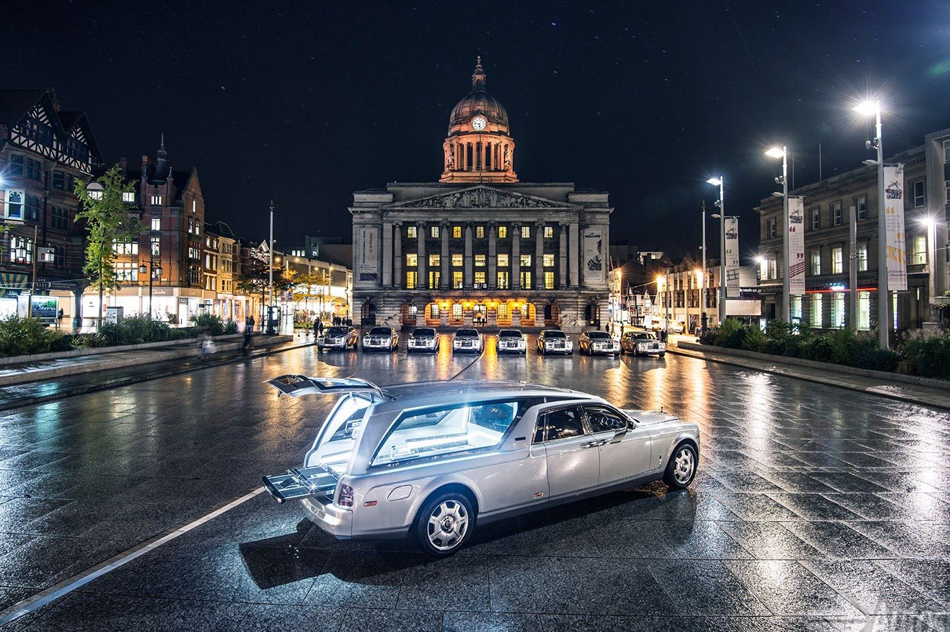 In big and rich countries, it is the car which is famous with the name of the funeral car because it is used for that purpose and comes at the high price of $700,000. It was first introduced in 2012 which comes with the V12 engine. It is the almost 23-foot long car which is made with many amazing features. It comes with latest suspension technology which has made this car unique. It is enhanced with 600 different assembled parts and was first launched at the expo of 2012 and is also available with customized features. 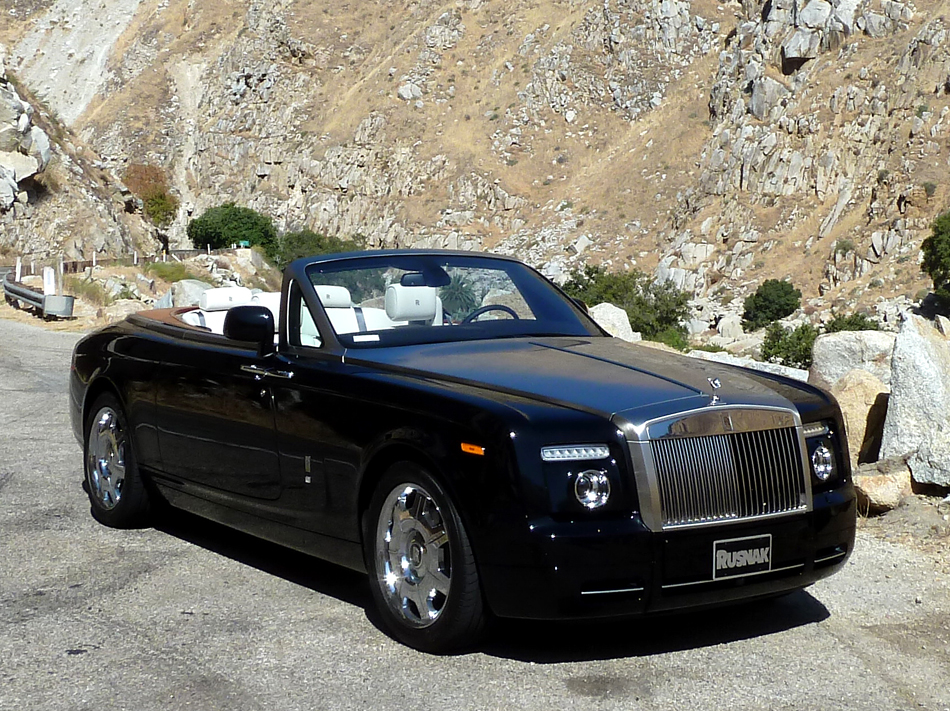 Phantom Drophead Coupe is handmade convertible car available at the high price of $720,000. It was first launched in 2007 at the special auto show of America. It was designed for the celebration of the birthday of their brand and was impressive much one regarding its features. It has a very luxurious look from exterior and interior is also very impressive and luxurious which has hand finished touches inside it. 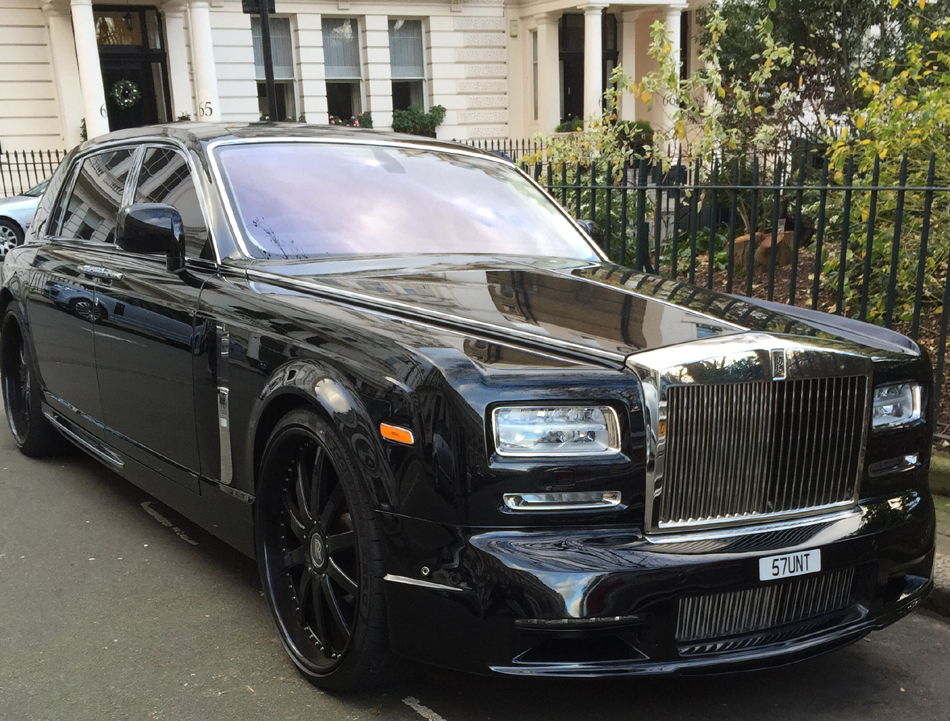 Mansory is a unique car which is designed primarily comes with amazing features and with many quality standards, and its appearance is also very impressive. The price of this car is $1 million. It is a German Tuner car which provides LED running lights for the day use and the cabin in it is also made from carbon fiber and LCD monitors are installed behind the seats for the entertainment of people sitting in it.

5. Phantom Year of the Dragon Edition: 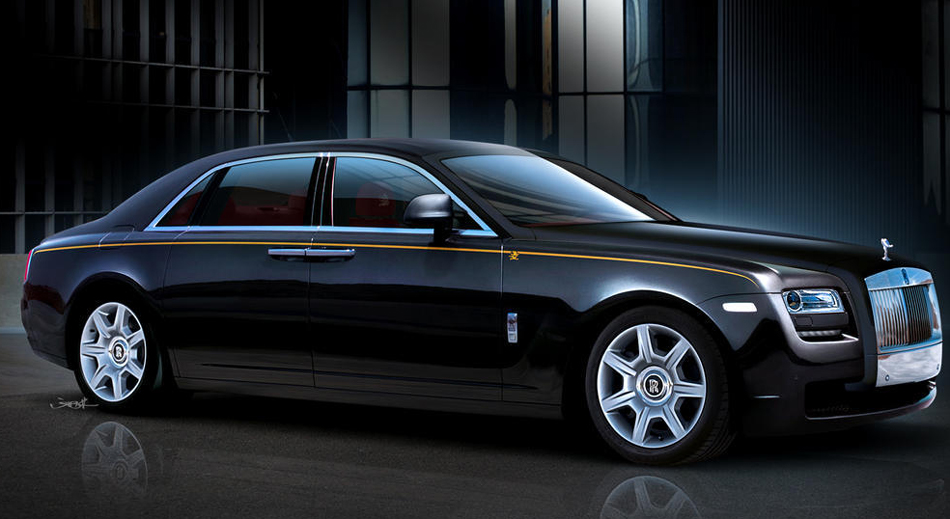 Phantom Year of the Dragon Edition is also an expensive model which is sold at the high price of $1.2 million. It is quite an attractive model ever made by this brand and was completely sold out after its launch in the world. It comes with twin dragon coach line and further enhanced with the embroidery headrest. It is enhanced with the tread places and can also be available with customized options. It is also provided with the dragon cushions for the comfort of the people in it. 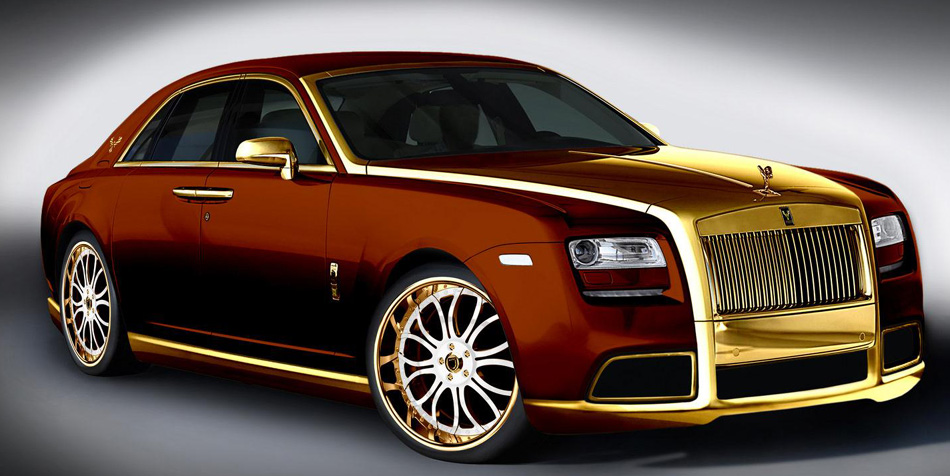 Ghost Fenice Milano is quite an expensive model which was first designed and launched in 2010 at the price of $3 million. It is a much realistic car which is loved by the whole world. It comes with twin turbo V12 engine and can reach the speed of 155 miles in each hour. It is enhanced with the pure 24 carat gold trims which made it more expensive not only this but also seat panels, control panels, and view mirror is made of gold. 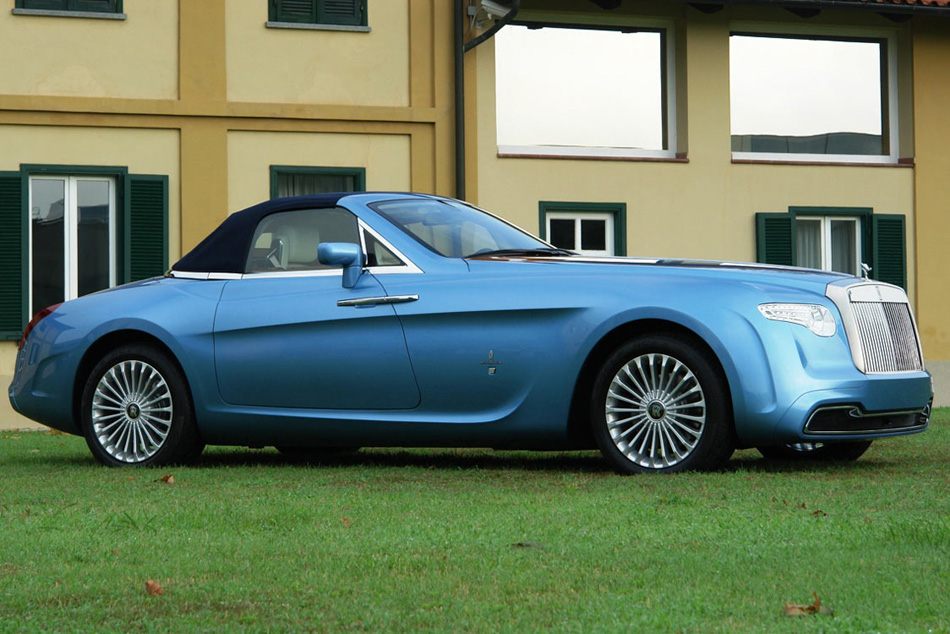 Hyperion Pininfarina is a custom made a model of Rolls Royce which is sold at the high price of $6 million. It was first launched in 2008 and was competing with many old and luxurious cars at that time. It is a very luxurious car which is enhanced with the V12 engine and can go to the speed of 100 only in 5 seconds. It is a stunning model made by this brand and comes with the wooden doors. 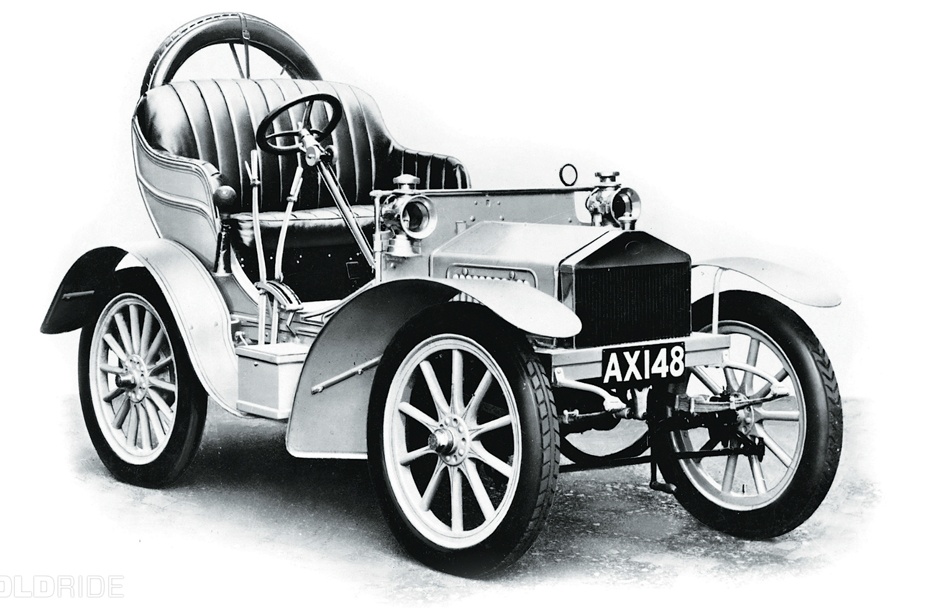 Rolls Royce 10hp is named as the 2nd most expensive car ever made by this brand which is sold at the price of $8.3 million. It was first launched in 1904 and exhibited their two most expensive models there. It comes with the water cooled twin cylinder engine and is the 1800cc car. It was sold in auction and grabs such a high price for it which has made this model more famous in the whole world. 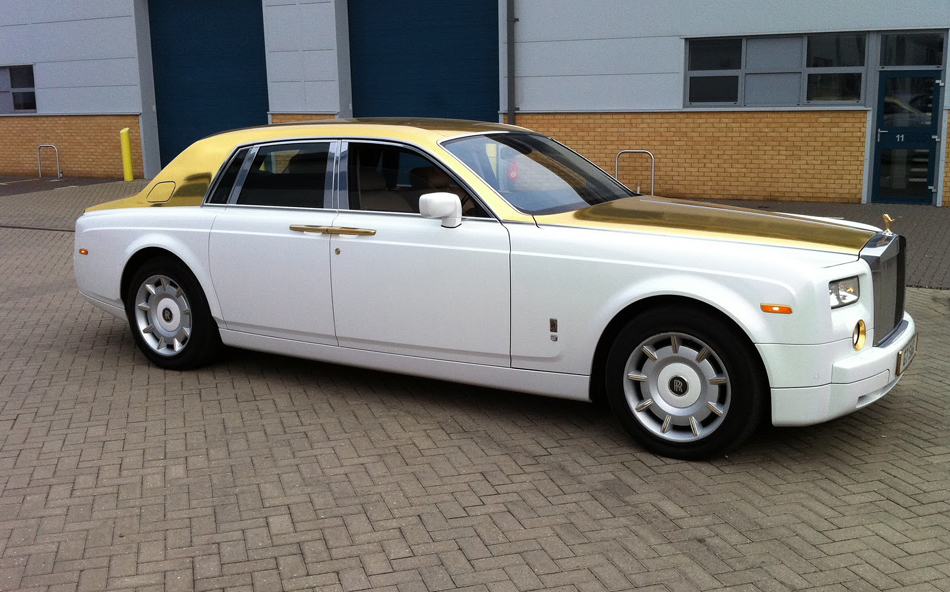 Phantom Solid Gold is the most expensive car ever made by this brand which is purely made from gold and is sold at the price of $8.5 million. It is made from using 120 kilograms of pure gold in it and on different parts of this which include boot handle, front grill, and side trims, etc. It is purchased by the rich billionaire business person.

Most Expensive Rolls Royce Cars in the World – Top Rated

The above ranking of top 10 most expensive Rolls Royce cars in the world is given according to the price of these cars in the market. These are the best car brands in the world. Rolls-Royce is the most luxurious and costly brand which is known for creating something different for the wealthy people with some new and latest features in them which are only affordable for the rich people to maintain their class.