LED televisions are a breakthrough technology in the world of entertainment. The term best LED TV is very subjective as it varies between customers on what they prefer. Screen size, picture quality, sound quality are a few determinants. Plasma TV is a new trend which is gaining popularity by every passing day. As the world becomes more capitalist, manufacturers customize products according to the interests of their target audience hence the most expensive LED TV and Plasma TV’s emerge.
Here is a record of the greatest LED TV’s that are available in the market: 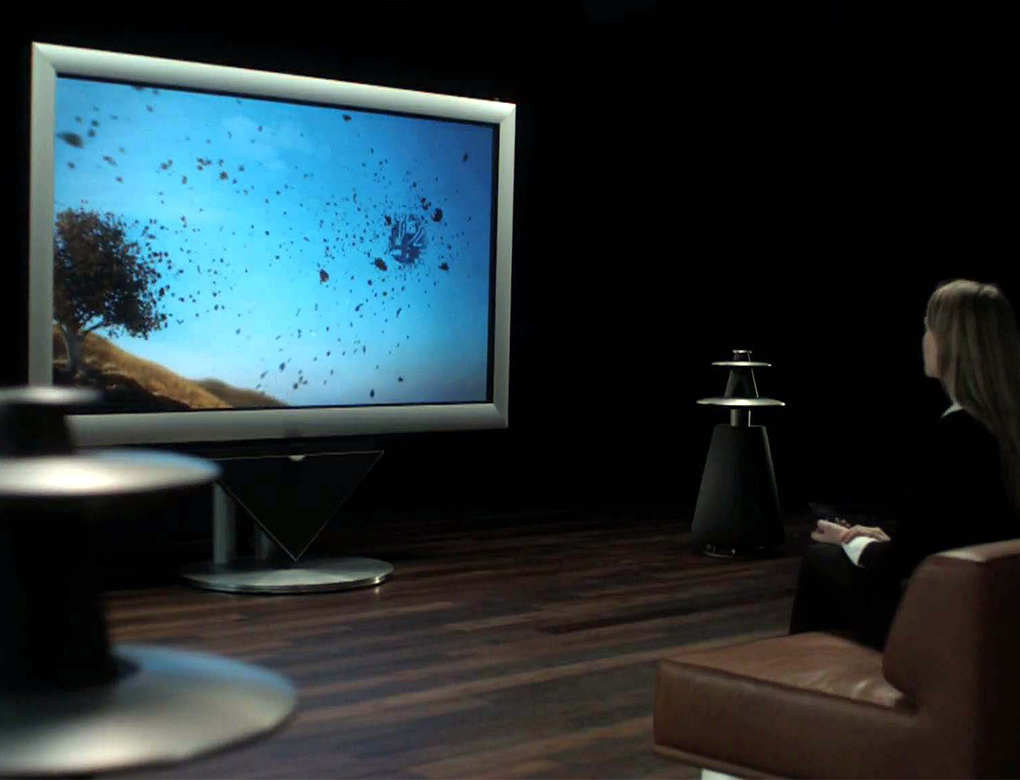 Stuart Hughes delivers to its customers the class that no other can. Prestigehd is easily the most expensive LED TV in the world. It is an LED TV that many would love to own to boast about their wealth. It is priced at $2.26 million. That high price tag is not only because of the high-quality interior of the plasma TV but also it’s exterior that is covered with gold and diamonds. It is decorated with an average of 27 Kg gold and 72 round cut diamonds to add some sparkle. It has a 55-inch display screen which has excellent picture quality also. 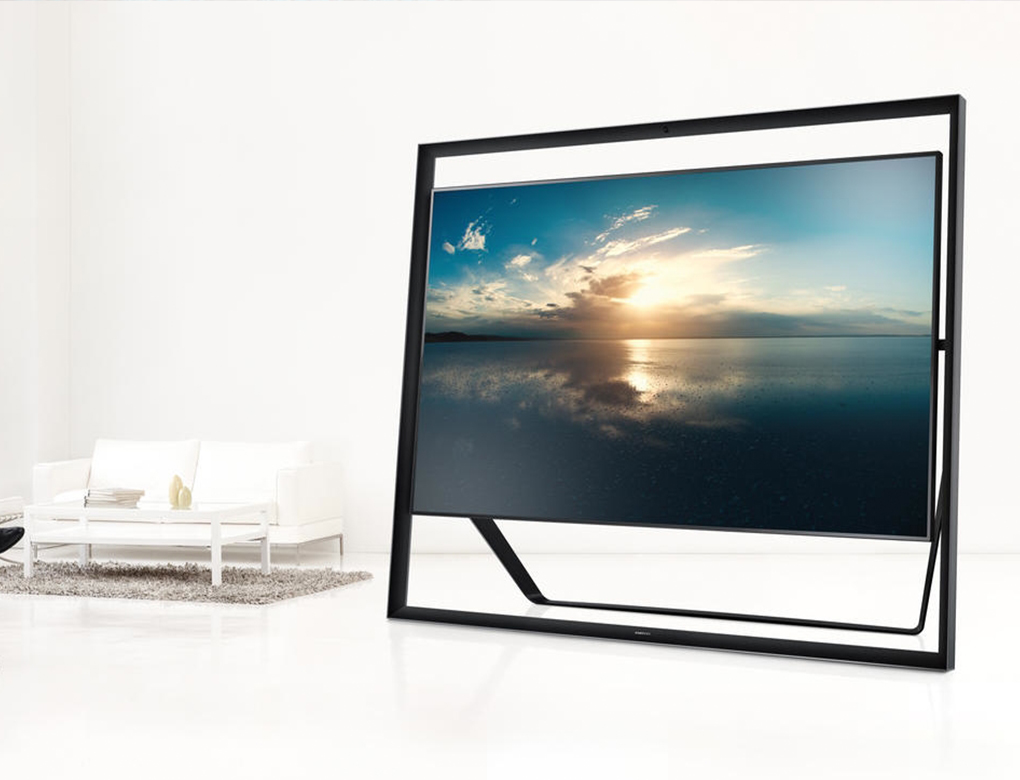 This is another one from Stuart Hughes who rules the luxury TV industry. Prestige HD Supreme edition is also a luxury 55 inch LED TV. It retails for $1.5 million, a price that could buy an apartment. The high price is because of the precious stones used to decorate the masterpiece. This edition is adorned with 19 Kg gold and 50 round cut diamonds along some other very expensive semi-precious stones. The TV includes diamonds weighing 37.5 karats which each diamond is weighing 0.75 karats. 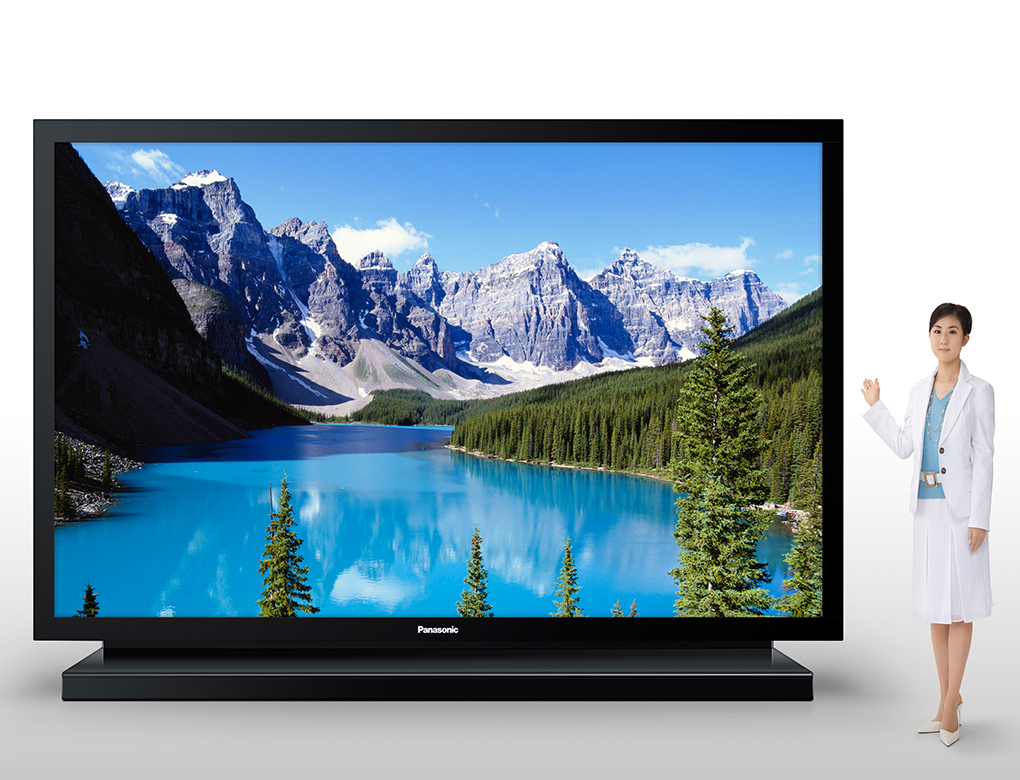 Panasonic is credited with being the founder of plasma TV. It is a familiar brand in the electronic industry. While Panasonic manufactures some very reasonable plasma TV’s that are seen in common man’s house, it also produces one of the most expensive Plasma TV. Panasonic 152 inch Plasma TV is the biggest in its category in the world. Its 3D image compatible and has picture resolution of 2160 pixels. It is no less than a cinema screen. It cost half million dollars. 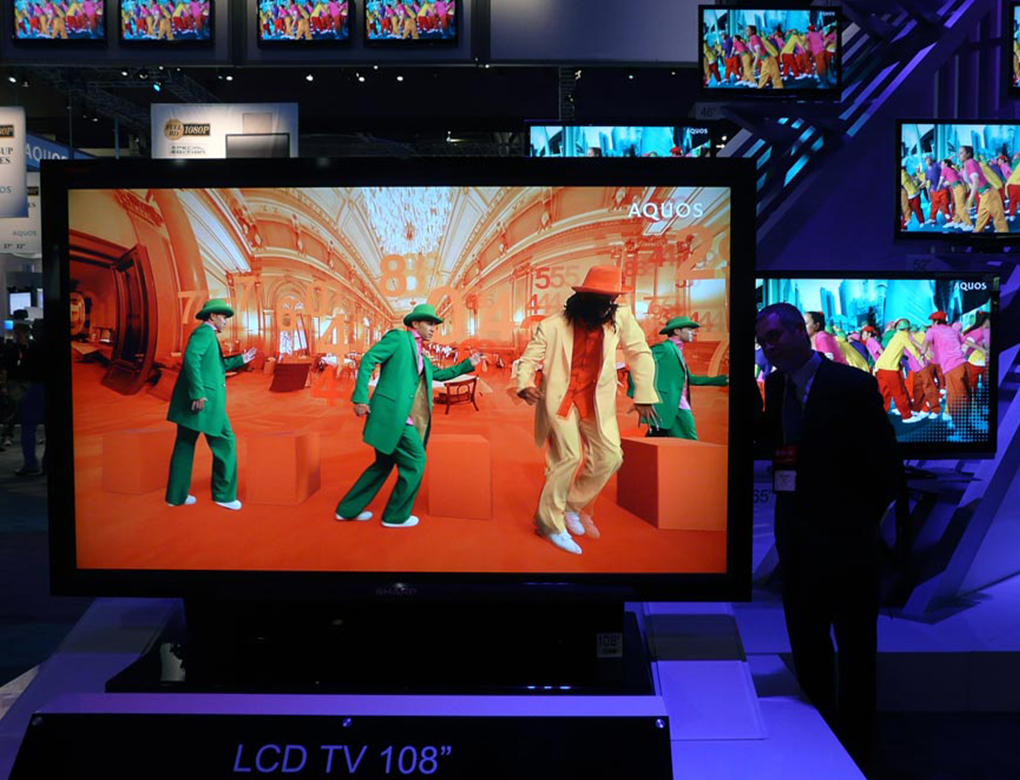 Sharp LCD was one of the latest breakthroughs when it launched back in 2008. This 1080 pixels picture quality LCD of 108 inches was the biggest in the world then. It came with USB ports to import data from other devices. This was a new feature. This LCD costs $160,000. Its brightness, picture quality, large screen and response time of 6 milliseconds were some standout features. Till today this is a hot pick. 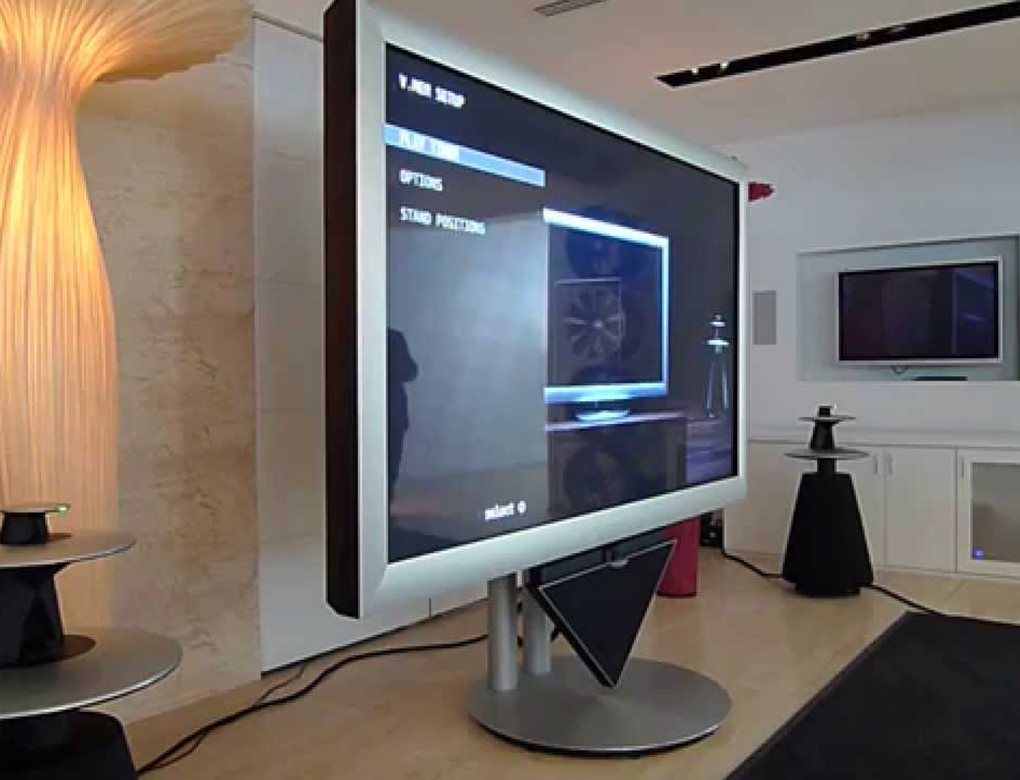 BeoVision is one of the Best Led TV for an amazing home theater. It has a huge screen of 103 inches that makes a viewer experience a cinema-like quality at the comfort of his home. It comes with an adjustable portal that can be set according to the angle the viewer prefers. BeoVision 4-103 is only 5 inches smaller than the sharp LCD but retails for $140,000 which is twenty thousand dollars less than the sharp one. This is a great buy and one of the most expensive LED TV in the world. 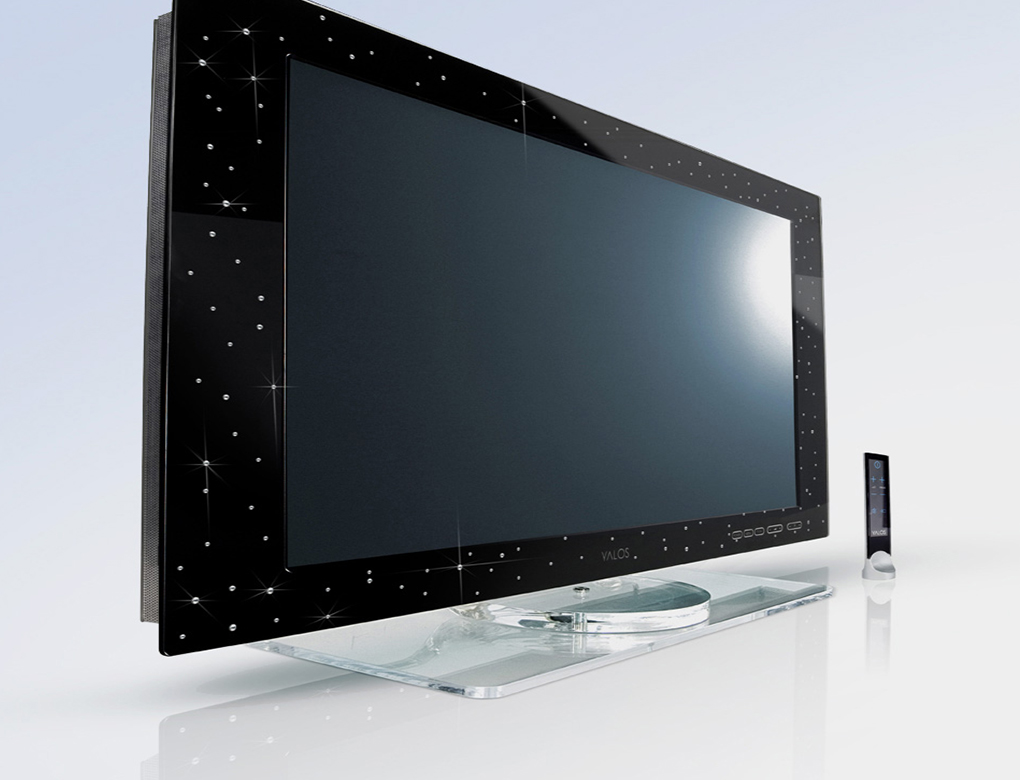 Yalos Diamond is a visual treat for the eye. Designed by famous Japanese designer Takahide Sano, it was presented in an exhibition in Germany to appreciate the piece of art. It has an Italian make and is decorated with 160 diamonds weighing 20 karats in total. It is priced at $140,000 which is the same price as that of BeoVision. The only drawback is the actual screen size which is 46 inches. 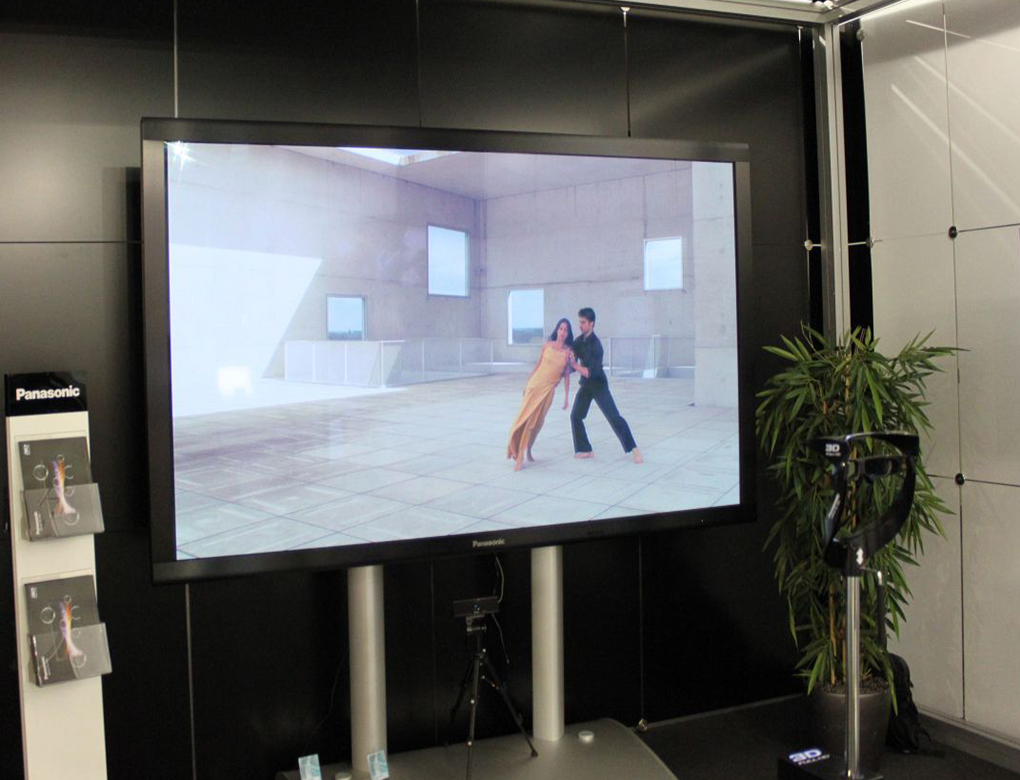 This is another one from Panasonic that makes it to the most expensive television in the world. This model was introduced in 2011. This was a 3D image compatible TV that came with 3D glasses to make the experience more amazing. It has the excellent image quality of 1080 pixels. The sleek design makes it a very smart pick that would add to any room in which it is put. This LED TV retails at $100,000. 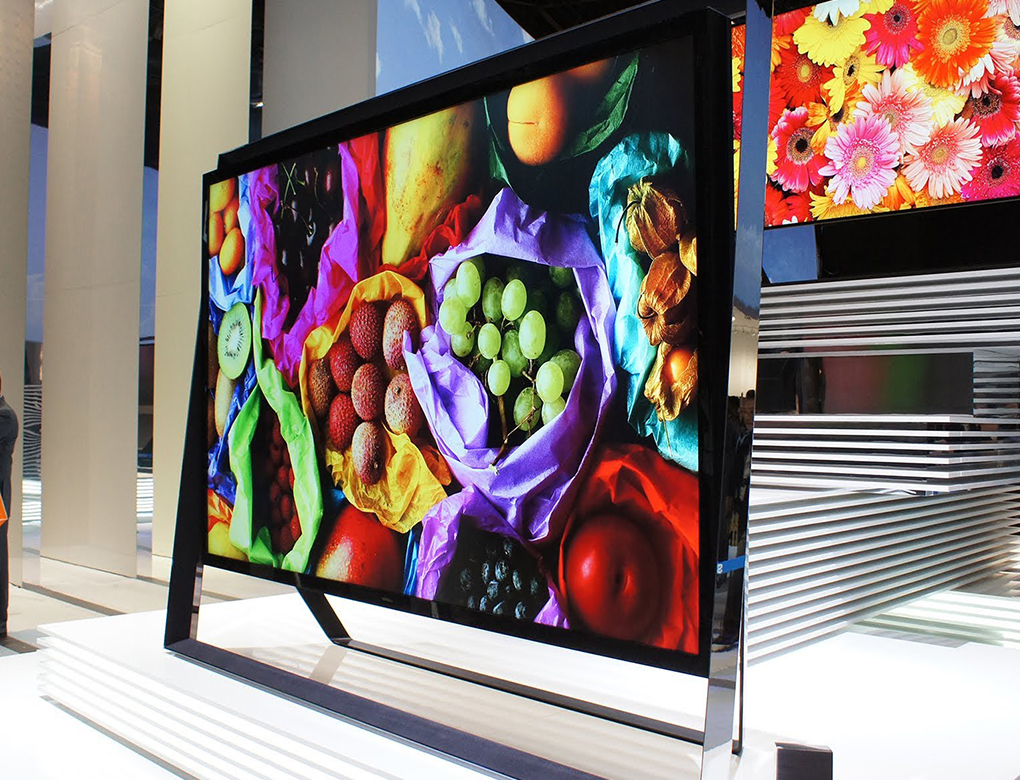 Samsung comes down in the list in the most expensive LED TV’s in the world, but there is no doubt at the quality this brand delivers. This one by Samsung is one step ahead of all others in the list as this is a ultra-high definition with 4K LED. It has an 85-inch large display screen which along with the 4K technology makes the picture quality better than most cinemas. It has a fantastic inbuilt sound system and a quad-core processor. This LED is sold for $38,000. 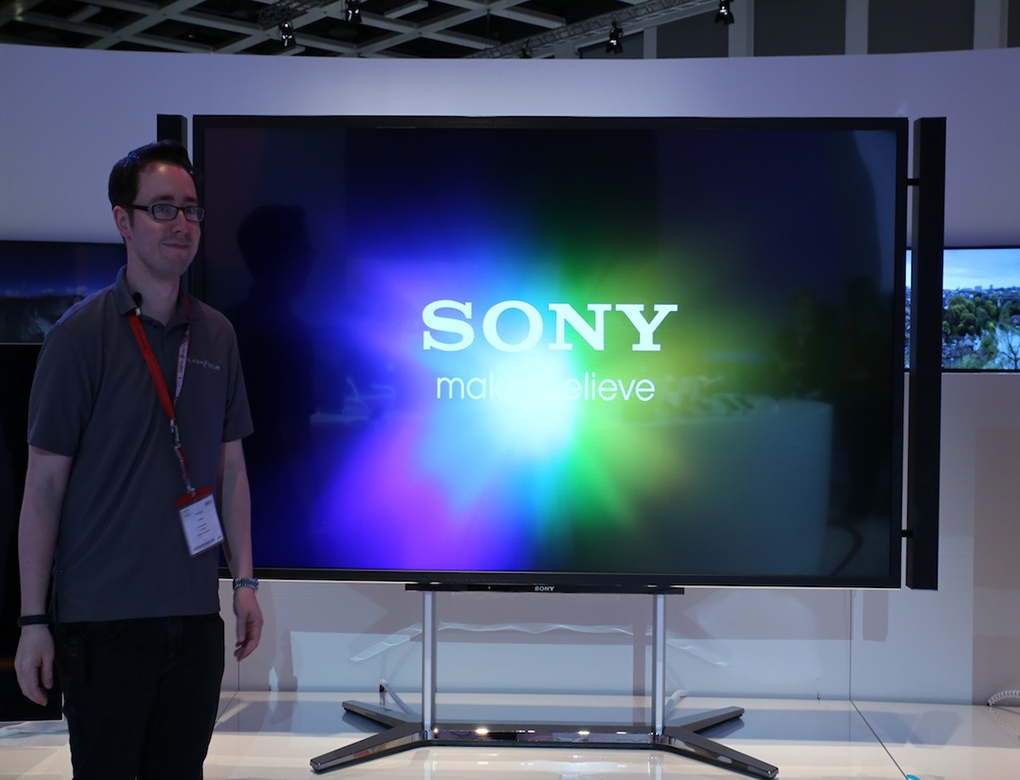 Sony is famous for its incredible picture quality in all its entertainment products. This model has a huge screen of 84 inches and retails for $25000. Though this comes in the most expensive LED TV’s list, this is the reasonable compared to Samsung’s 85 inch TV retailing for $38000. It has picture resolution of 2160 pixels. It has a ten driver stereo system attached to the edges of the TV which enhance the sound quality. 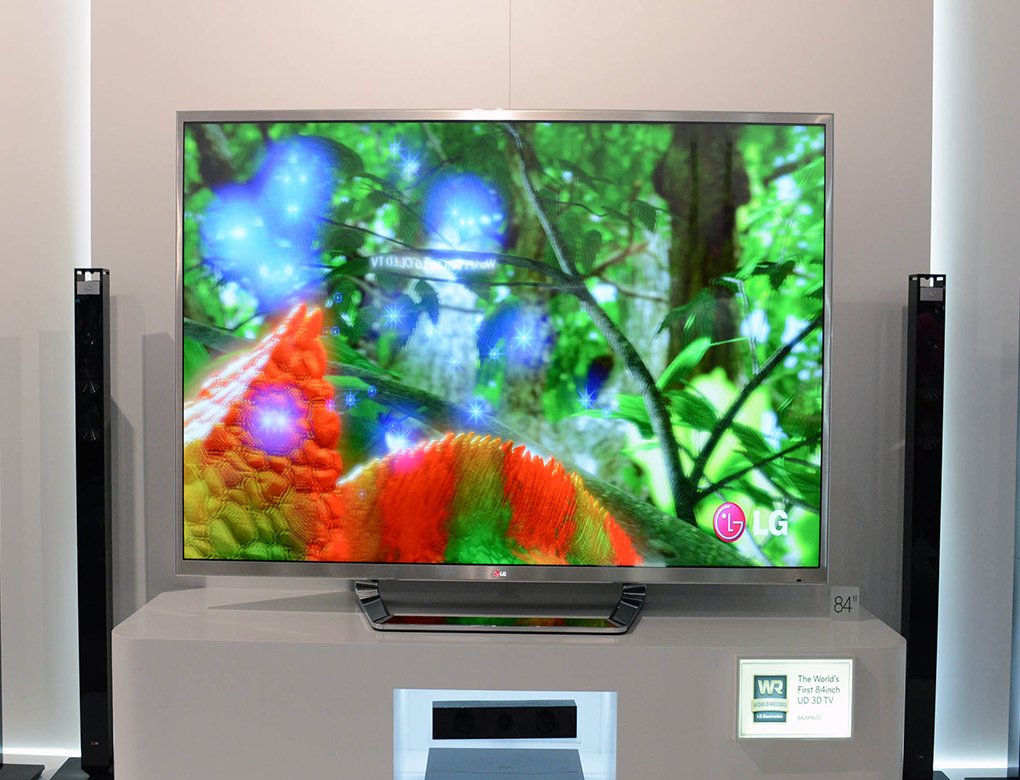 This LCD TV is the Best LCD TV in the market when considering price and luxury. This LCD also has an 84-inch screen display and is priced at $20000. It is 3D compatible delivering an image quality of 2160 pixels. It has 4k resolution making it ultra-high definition. This is the latest technology LCD TV that makes it to the Top 10 LCD TVs of the world.

Most Expensive LED TVs In The World – Top Rated