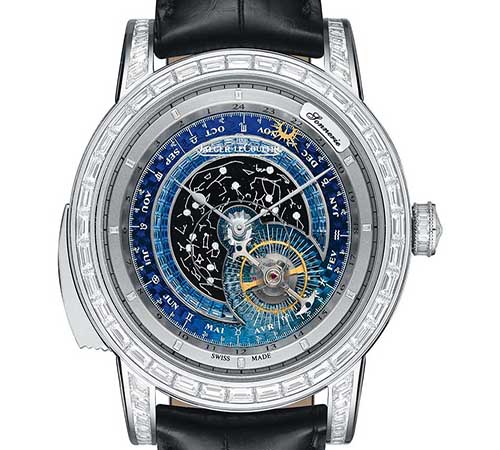 Watches are used by everyone either men or women with specified models. There are large numbers of brands in the market which are manufacturing best watches for the people at different prices. A small workshop was opened by a man in 1833 in Switzerland who was obsessed with making of precious and accurate timepieces for the whole world. He succeeded in it and was the first one to create the first micrometer devices which can measures thousands of millimeters in it. Jaeger-LeCoultre is known for introducing the latest innovations in their products which are the main feature of their watch industry. It is also the brand which has produced the first automatic alarm wristwatch in the world in 1953. It offers a large range of watches for both the genders at different prices among which some of them are very expensive and considered best for the luxurious people.
The following are top 10 most expensive Jaeger-LeCoultre watches available on the market: 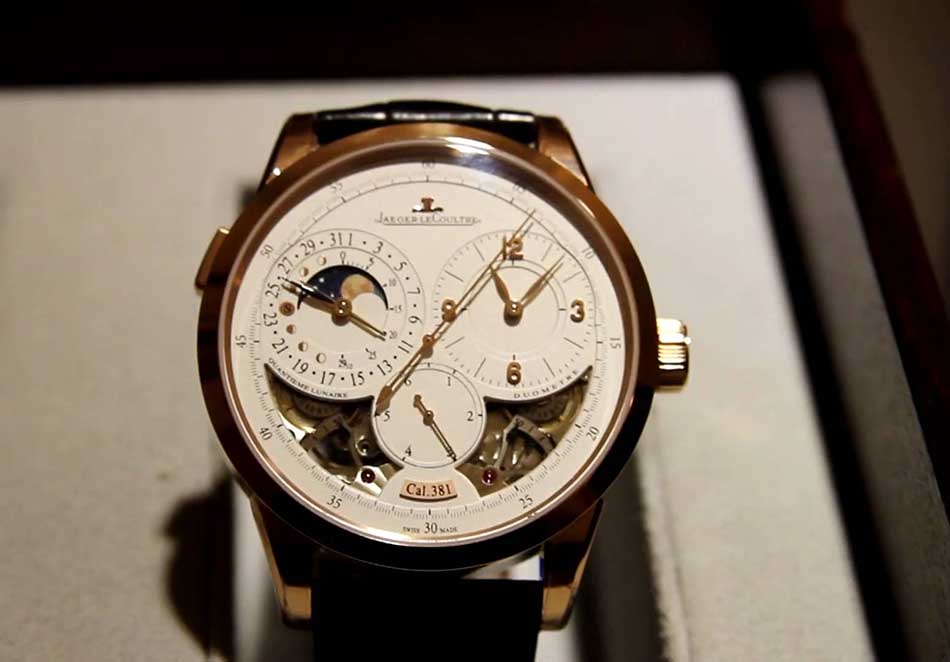 Duometre a Quantieme is the watch which comes with the dual wing system which is enhanced with the golden and silver gears in it. It is enhanced with the polished pinion set which has the golden chatons. All the parts of this watch are completely handmade and are made with a much luxurious look. The price of this beautiful watch is estimated to be $100,000. It comes with the pure leather strap to complete its look. 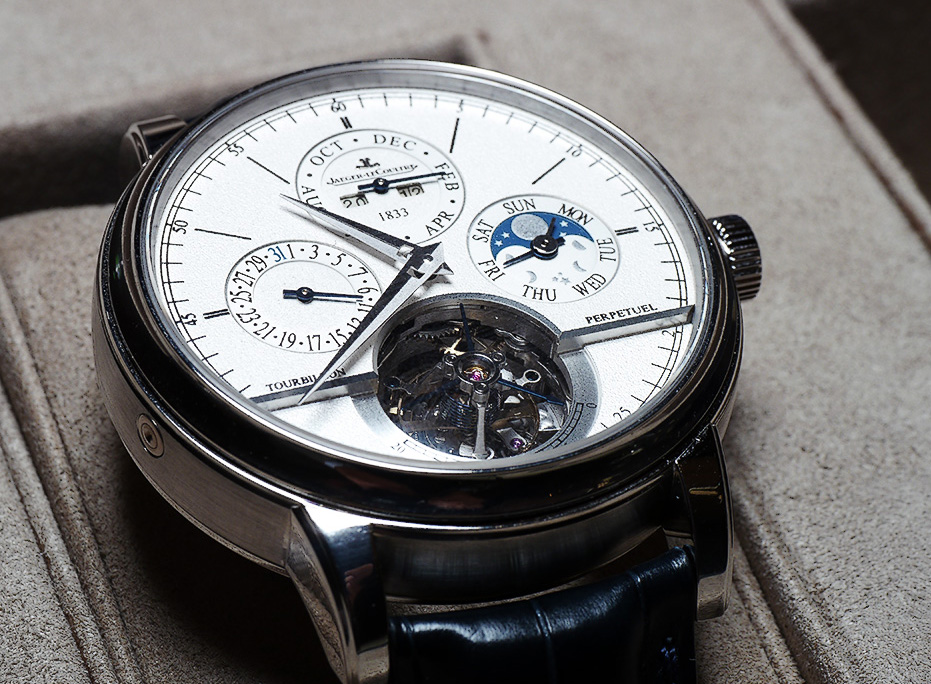 Grand Tradition is the watch which comes with the tourbillion which is completely made from the ultra-light titanium and comes with the 6`o clock position. It also features the perpetual calendar in it which shows the date, day, and month on a different position and the year is displayed in the center of the dial. It has a very attractive dial which is made with the blue combination on it and is sold at the price of $138,000. 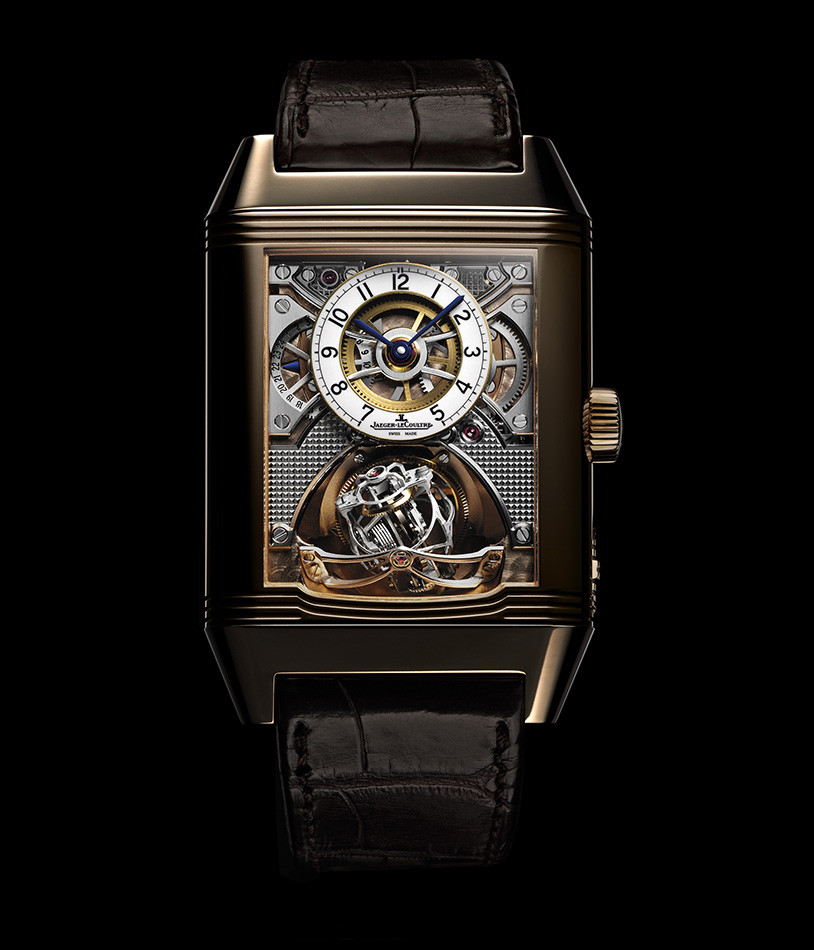 A Jaeger-LeCoultre reverso is a watch which is named after the mother of all reversals. It comes with the double axis tourbillon which has the cylindrical hairspring. It is made from almost 373 parts which are enhanced with 58 jewels. It is made with the large barrel which can accommodate the tour-billion. The case of this watch is very thick which is 16 millimeters in thickness and has the lock slider located near its crown. The price of this hardcore watch is $350,000 which is a durable one. 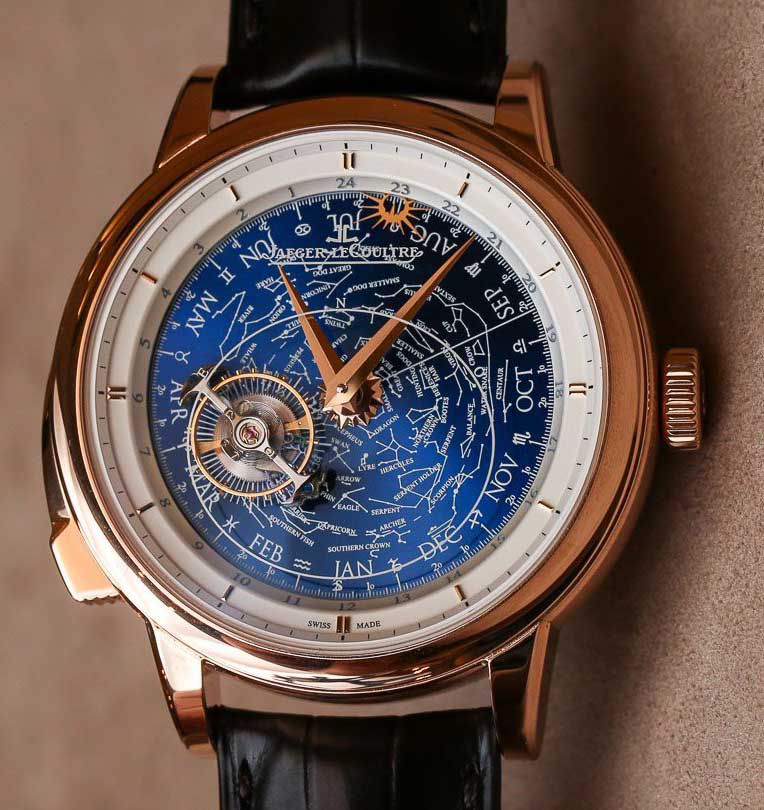 The grande tradition complication watch is the one which comes with the manual winding watch which has the whole size of 44 millimeters in the whole diameter. It provides the 24-hour display and the tour-billion window in it. It was made in very limited number which is estimated to be only 75 pieces of this watch were ever made in the world and was sold at the price of $365,000 which is made in the royal blue color scheme with the same color of a leather strap. 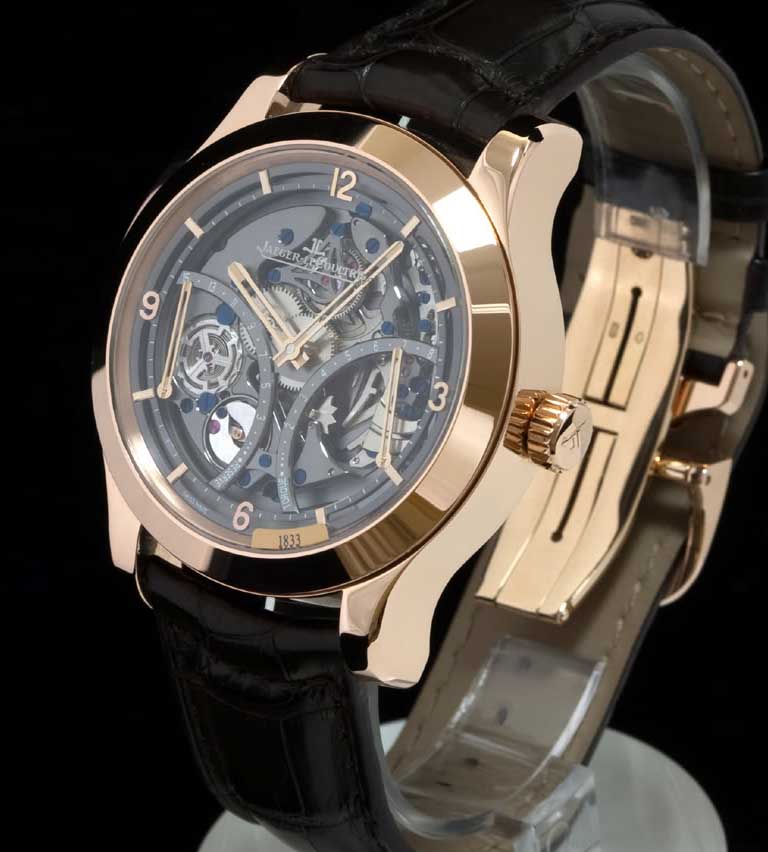 This watch was made in very limited number which is estimated to be only 175 pieces in total to keep it a rare item. It is made with the rose gold skeleton which has a stylish face and also has the minute repeater. The repeater mechanism is also welded with the sapphire glass which makes it a unique minute repeater ever made in the whole world. It is made with the touch of rose gold to make it quite luxurious and formal one which is sold at the high price of $386,270 which is very high and not affordable for everyone. 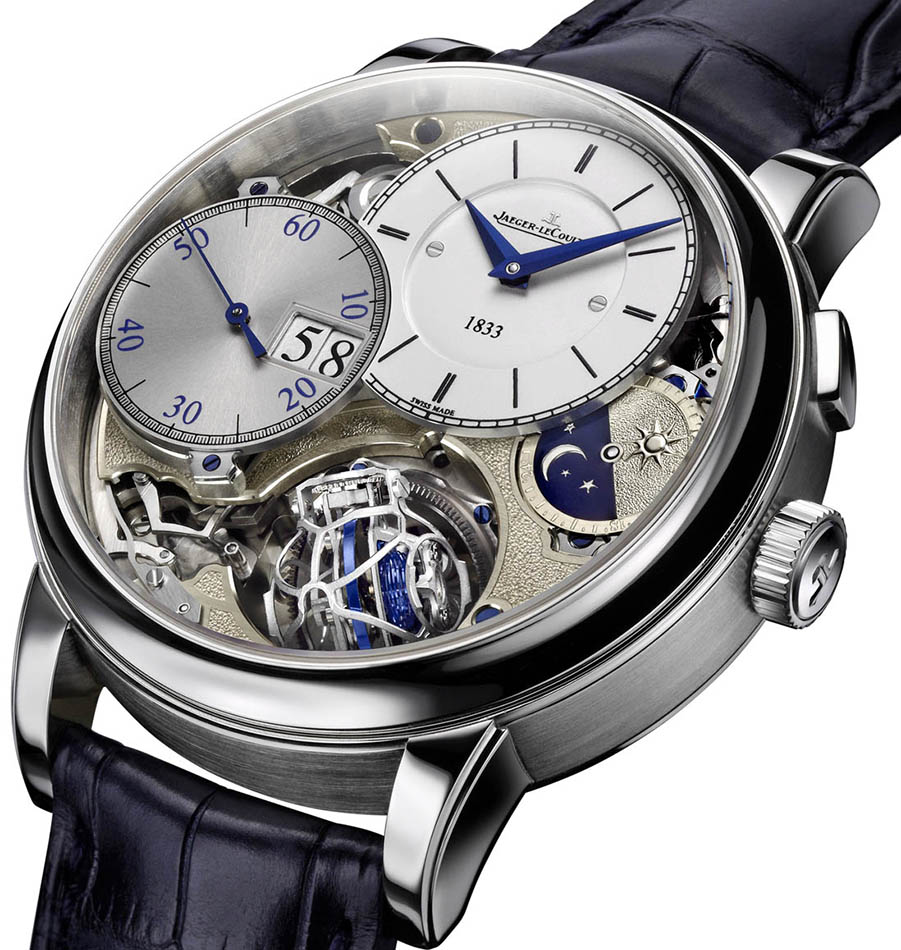 Again here comes another limited edition watch which was made in a total number of 75. Its production was started by the company in 2004, and almost 20 pieces of this watch were released every year. The whole case of this watch is made from pure platinum while the dial is made from Ruthenium, which is further plated with Rhodium. It features the strap which is made of crocodile skin and also has the sapphire crystal. This watch is water resistant to the distance of almost 50 meters in water. The price of this watch is $404,000. 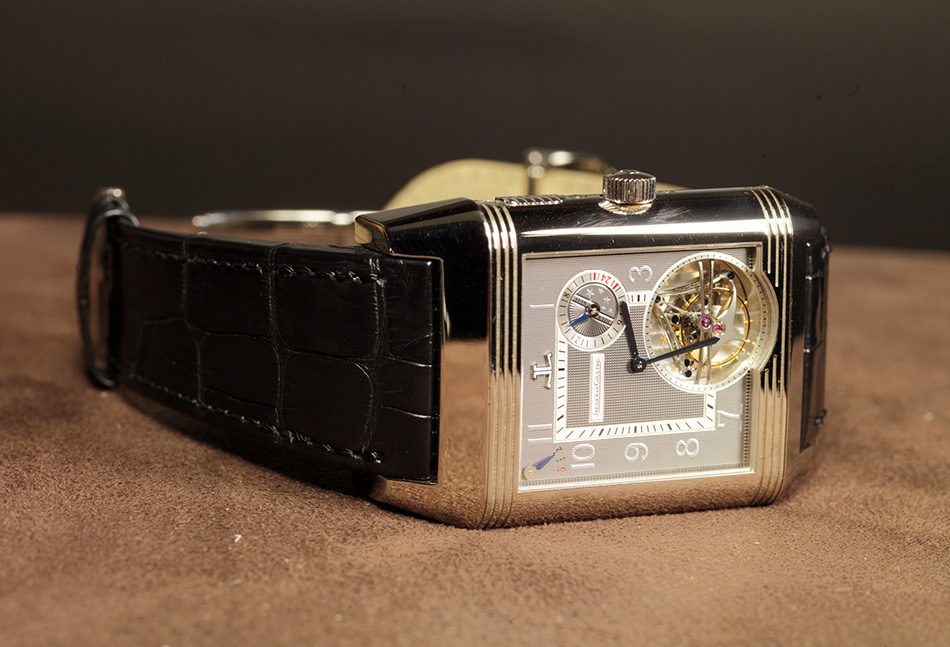 Jaeger-LeCoultre, which is quite, huge watch which can be a drawback for some of the customers. It is made with many efforts because it is very complicated watch and also included in the list of most complicated wristwatches ever made in the world. This watch is made with the perpetual calendar. It also provides the indications of sunrise and sunset. It also features the zodiac indicator on it and is sold at the price of $600,000. 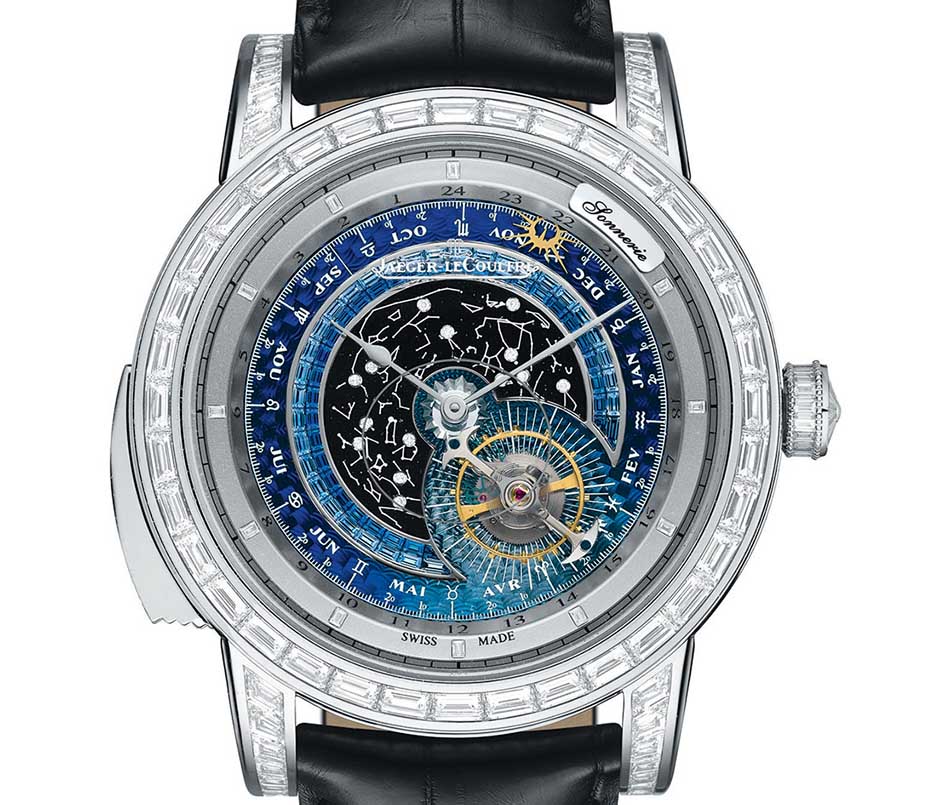 It is an automatic winding watch which is made with the engraving and also the enameling. All the engraved parts of this watch shine perfectly which is also bound to the metal support. It is enhanced with different effects of light which provide the feeling of depth there. The bezel is made with diamonds which is sold at the high price of $681,000. It comes with the black alligator strap which makes it a luxurious watch. 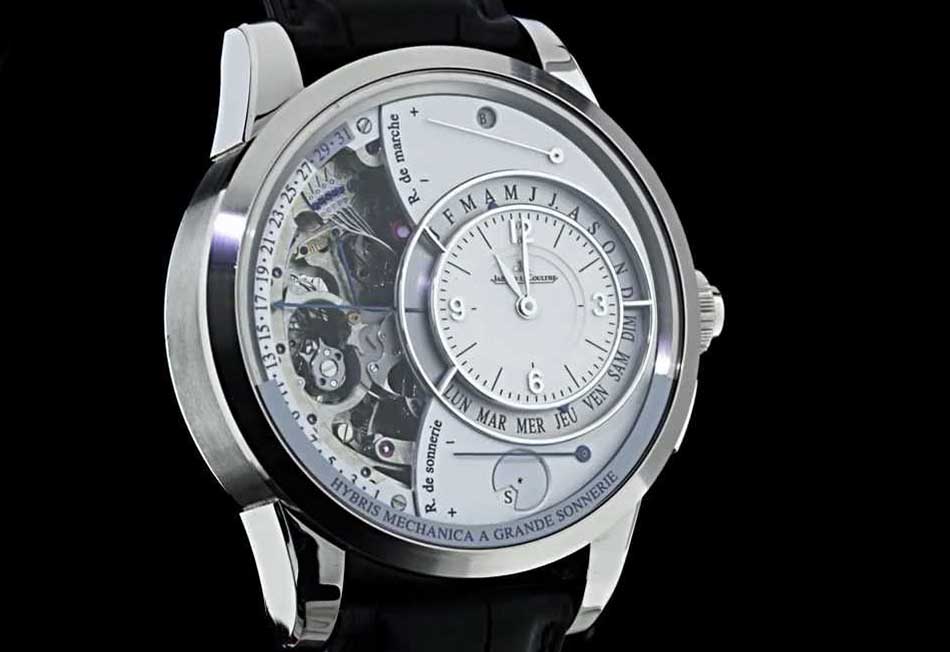 This watch is the final product of almost 1300 different parts and is made from a complicated procedure which makes it one of the most complicated watches ever made in the world. It is made from the pure white gold which is 18 carats and also enhanced with the minute repeater. It also has the silent mode which is a new thing in most expensive watches ever introduced in the market. It comes with the separate power indicators to maintain the device. The price of this watch is $2.5 million. 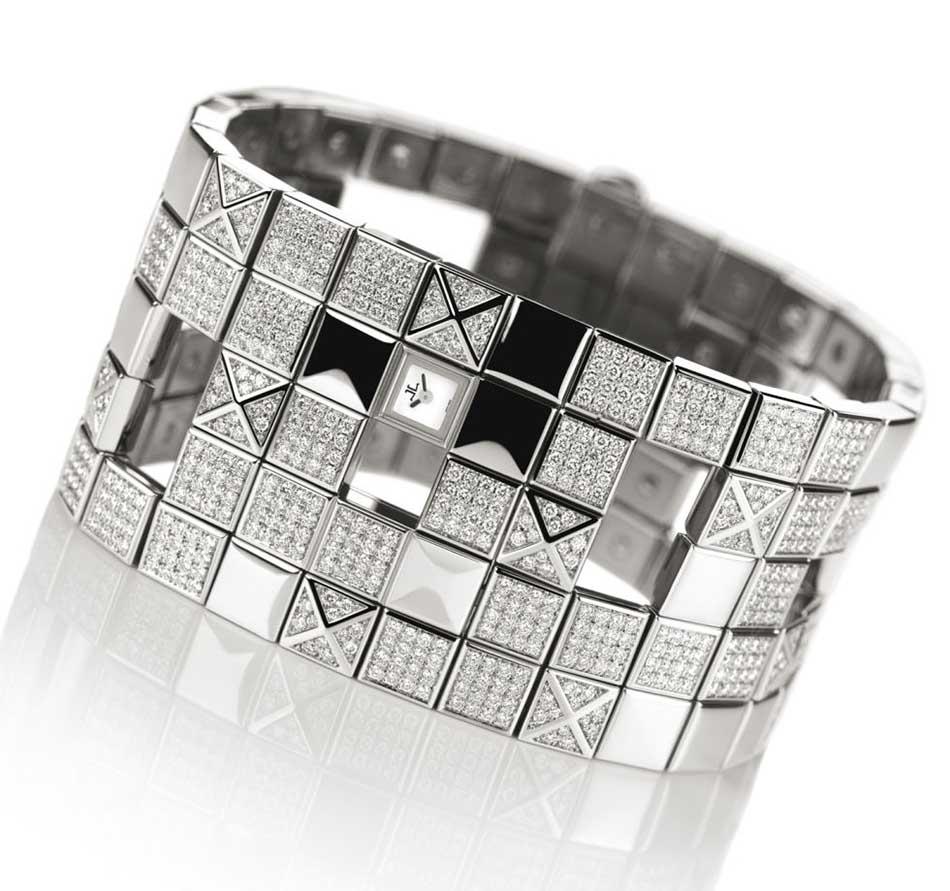 It is a watch which was made to present as a gift to Queen Elizabeth II for the celebration of her 60th year of her reign. It was regarded as a jewelry item which is also listed in the list of smallest mechanical movement because of the 998 tiny parts located on it. It is the watch which is made from 576 diamonds which comes with the sapphire dial. It has a winding crown at the back and the whole bracelet is made of white gold, and the price of this is named as the priceless.