Baseball is a very famous game in the world and is played in the whole world. In past, it was played at a very low level like in cities and town but with the passage of time the scope of this game has enhanced a lot. Now it is considered as one of the important and famous games played in the world. It is now also played in Olympics and young talent is coming in this game to show their talent to the whole world. In past, it was only played in grounds and small villages but as the time passed, its increasing trends urged the people to build stadiums for this game and to take this game throughout the world. Stadiums made for this game are very huge and well equipped with all facilities that made them more costly and famous in the whole world. These stadiums can occupy thousands of people in them to watch the interesting game by the professional players of the world.
The following are top 10 most expensive best baseball stadiums in the world: 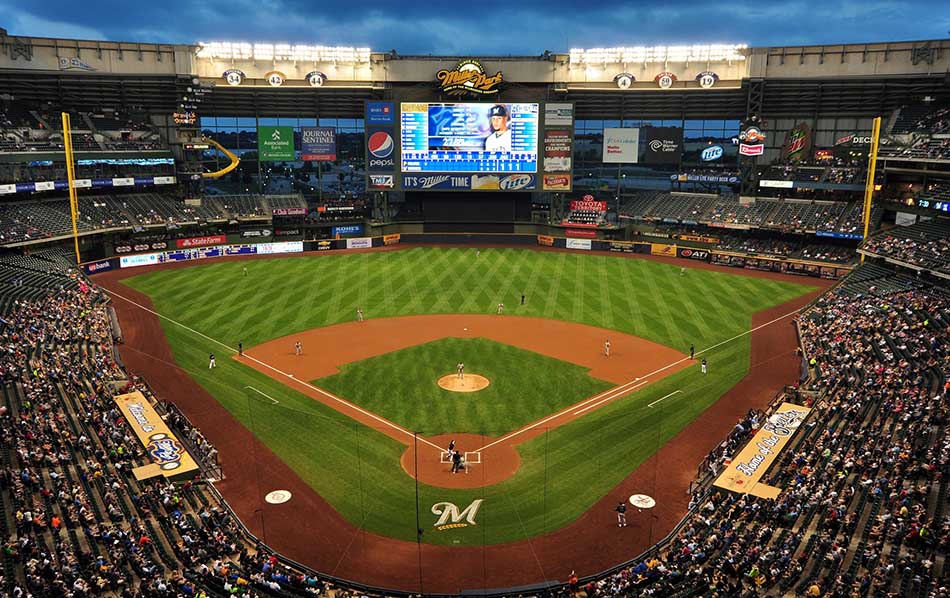 Miller Park is a ground that was completed and opens for the matches in 2001. It is situated in the Milwaukee, Wisconsin. The sponsors of this field are Miller Brewing Company, who has the contract of this ground for 2020. It was made with the total cost of $322,000,000. The most amazing thing about this field is its convertible roof that can be opened and close in only 10 minutes. It is very beautiful arena made specifically for the baseball matches even in an offseason. This sarena hosted many major tournaments of baseball which made this stadium famous in the world.

Busch Stadium is very large and beautiful field. It also offers luxurious and VIP seats for the special guests of the match. It is considered as the 3rd largest ground of St. Louis. This arena is not only made for baseball but also for others sports like football. It also hosted the Chelsea football tournament. This arena was again enhanced and renovated in 2006 and that person has the right of this ground till 2026. It was made with a very high budget of $346,000,000. It has not very large seating capacity for the viewers that is almost for 45000 people. 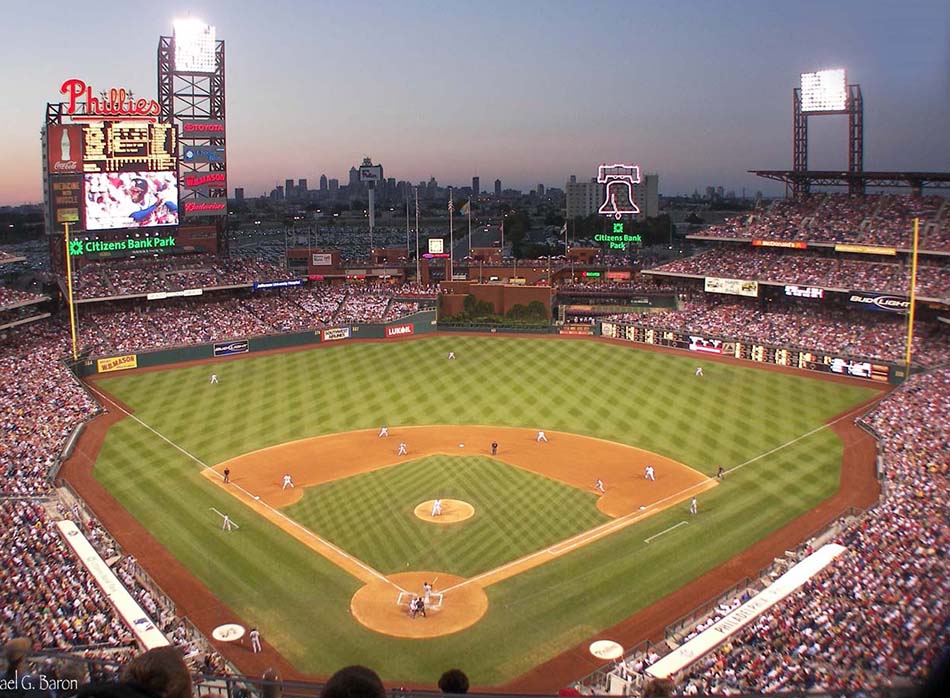 Citizens Bank Park is a famous stadium located in Philadelphia. It is commonly called as the CBP in the world. It is famous for hosting many big seasons of baseball in 2012. It was made on the place of Veterans Stadium and was made with natural grass. It has the seating capacity for 45000 people in it for watching the matches of baseball. It was made with the high budget of $356,000,000 which is a very high price tag for the construction of a field only. But it is filled with all facilities like restaurants, etc. 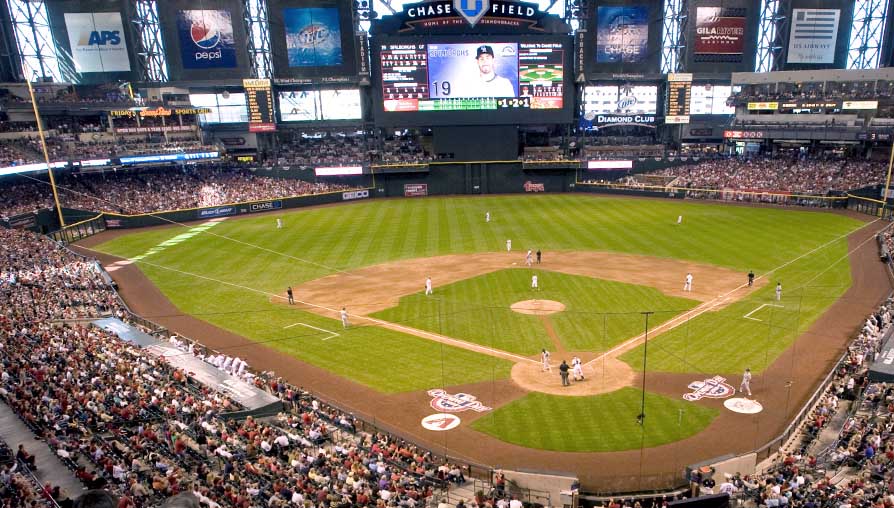 Chase Field is the local ground of Arizona. It was made for the national games of the place and started the major league baseball that is now conducted every year at that place. It was opened for the matches in 1998. It was the first arena in America which has a retractable roof. The cost of this field was almost $355,000,000. It is a beautiful arena and only used for the baseball matches. 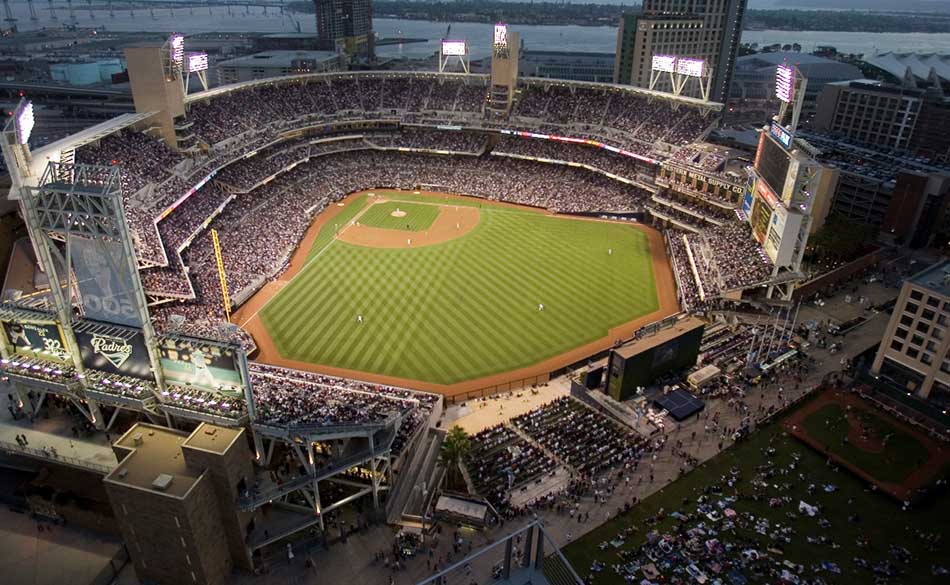 PETCO Park is a stadium of USA. It is a ground that is an open air stadium. It is the home field for conducting the Major League Baseball tournament. It is a very beautiful arena of USA. The cost of this open-air ground is $411,000,000. This arena has the capacity to occupy almost 42000 people for the match. It is very famous and best ground of USA for matches. 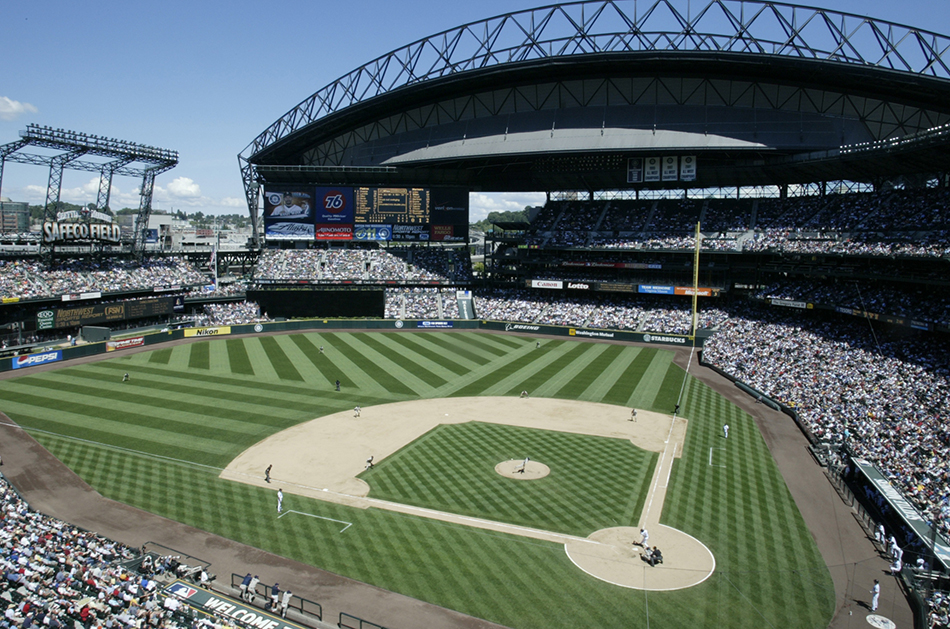 Safeco Field is a perfect baseball stadium that has a retractable roof. This beautiful ground is located in Washington. It can accommodate 48,000 people for the baseball match. It was made with the budget of $517,000,000. It was opened for conducting the matches in 1999 and still working. It conducts the national baseball games in every season which attracts all baseball lovers of America. The naming rights of this arena are sold for $40 million for 20 years. 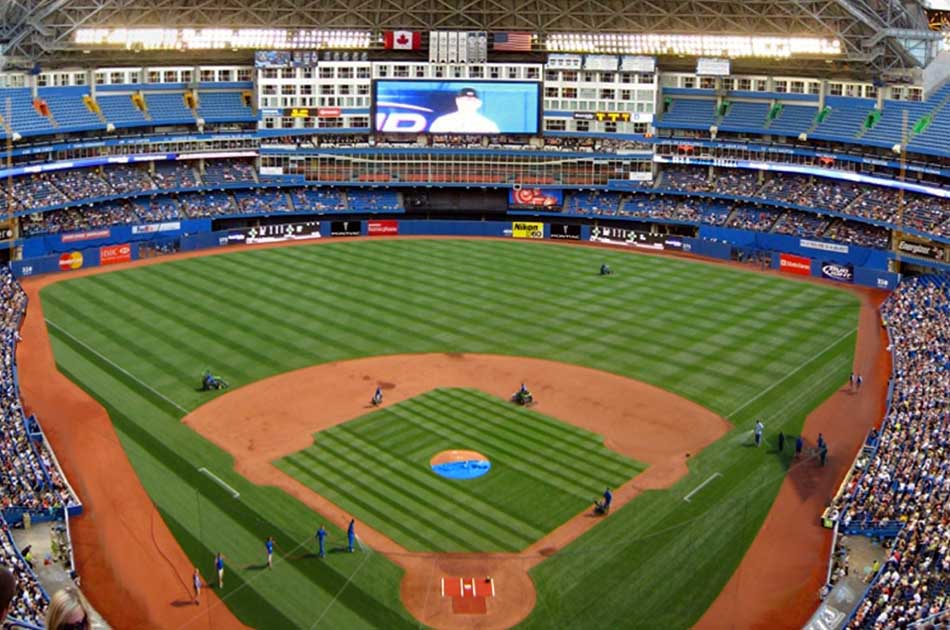 Rogers Center was made for all kinds of sports not only for baseball. It is located in Canada. It was opened for the matches in 1989. This arena hosted many big tournaments of baseball like National baseball league, etc. In this ground also trade exhibitions, auto shows are conducted. This stadium was purchased by the Rogers Communications that also changed the name on their own name. It also has rooms for the VIP guests in the stadium. It was made with the high budget of $570,000,000.

National park is very beautiful and well-developed stadium located in Washington. In this stadium mostly the major leagues of baseball are conducted. It also hosted the national Atlanta Braves league in 2008. The cost of construction of this stadium was $611,000,000 which is very costly and expensive stadium of the world. It can accommodate 45000 people for a single match. In 2015, it was also chosen for the Major League baseball game. 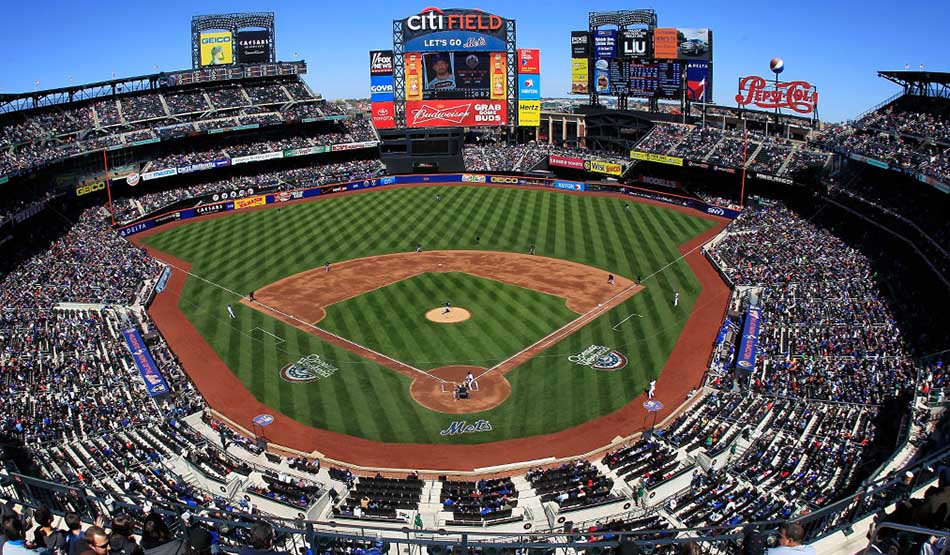 Citi Field is very big stadium located in New York. It was completed in 2009 and was made for conducting all leagues of baseball. It was made and constructed by the famous Citigroup of America. It was made with the high budget of $850,000,000. This stadium hosted many big tournaments of baseball which made it famous in the world and successful as well. In 2013, it also hosted a major league of baseball which was a privilege for the stadium and city as well.

List of Top Ten Most Expensive Baseball Stadiums Ever Built