It was made in 1908 for President Roosevelt. This Gold Inlaid Fox gun was custom made especially for President Roosevelt. In 1909, it was handed over to the president. He used to take this gun on his hunting trips as it became his favourite hunting gun. He was very fond of hunting and made many memorable hunting trips with this shotgun like the accidental creation of Teddy Bear. In October 2010, James D Julia auction sold this gun with the price of $862500. It is the first most expensive shotgun that is sold at an auction. 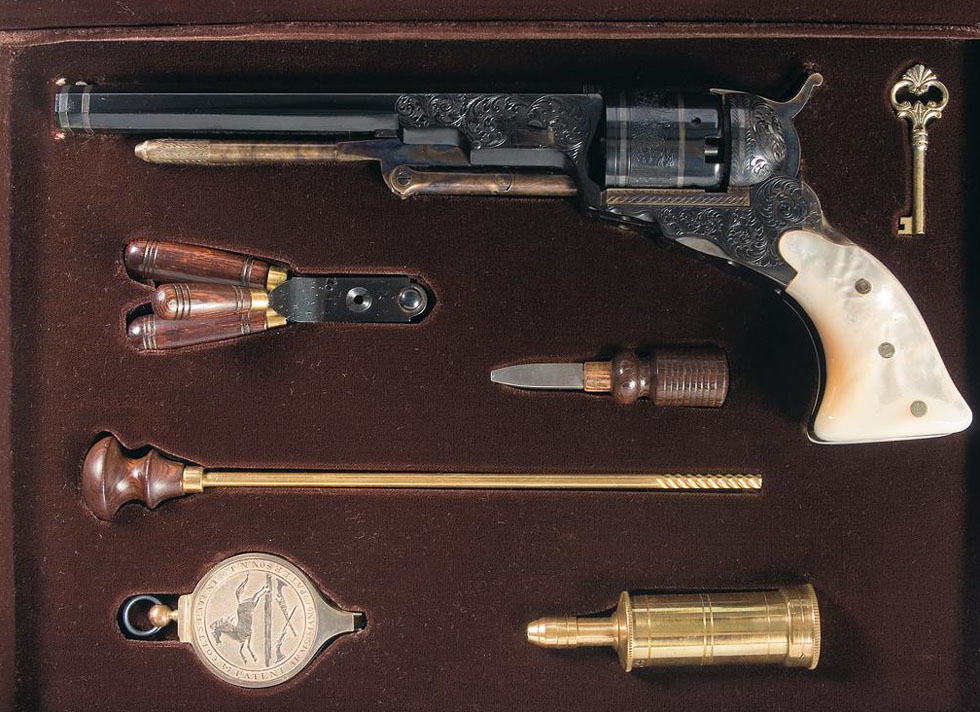 It is the first revolver that was introduced by Samuel Colt. It is still in good condition and was sold in Greg Martin Auction. It was auctioned at the price of $977500 in September 2011. This is mode 5 Texas Paterson Revolver, and it is an antique piece as first revolver creation of Samuel Colt. Samuel Colt was a great weapon designer and producer of old times. He introduced finest guns to the world.

This pocket pistol is also made by Samuel Colt. He entered this gun in 1853. This revolver has an incredible design and looks so much stylish. It has pure gold on it that is also a piece of art of that time. Famous designer Gustave Young engraved beautiful art on it. Its beauty is mostly cited to Gustave Young, who engraved amazingly. This original gold inland revolver, c was sold at Sotheby’s auction in 21st January 2012. It was sold for 1.1 million dollars at auction.

This sword was awarded to famous US General Ulysses S Grant for his high achievements in war. Grant had also been the president of US. This sword was presented to him by the citizens of Kentucky in 1864. They awarded him this sword when he was promoted to the rank of General-in –Chief of US Army. He was a brave officer who later became the president of United States. In June 2006, it is sold for 1.6 million dollars in Heritage auction. Grant was a Civil War General and achieved much more for United stated that’s why he was awarded by this sword that is now known as the historical weapon in the world.

Marques de Lafayette owned this flintlock pistol. Marques de Lafayette was a military officer who has fought many revolutionary wars for America. He was first to own this gun. After Lafayette, this pistol remained in the possession of President Andrew Jackson. These two great personalities made this pistol historic in the world. Its cost is also high because of these two great leaders. In January 2002, it was sold in Christie’s New York. It was sold at the price of 1.96 million dollars that made it 4th most expensive weapon in the world.

Mughal Emperors gave the world with remarkable pieces of art. They are famous for their unique and antique pieces of art like Forts and Taj Mahal etc. This personal dagger was in the possession of Mughal emperor Shah Jaha. He used this knife during wars, and it was sold in 2008 for 3m dollars at Bonhams. 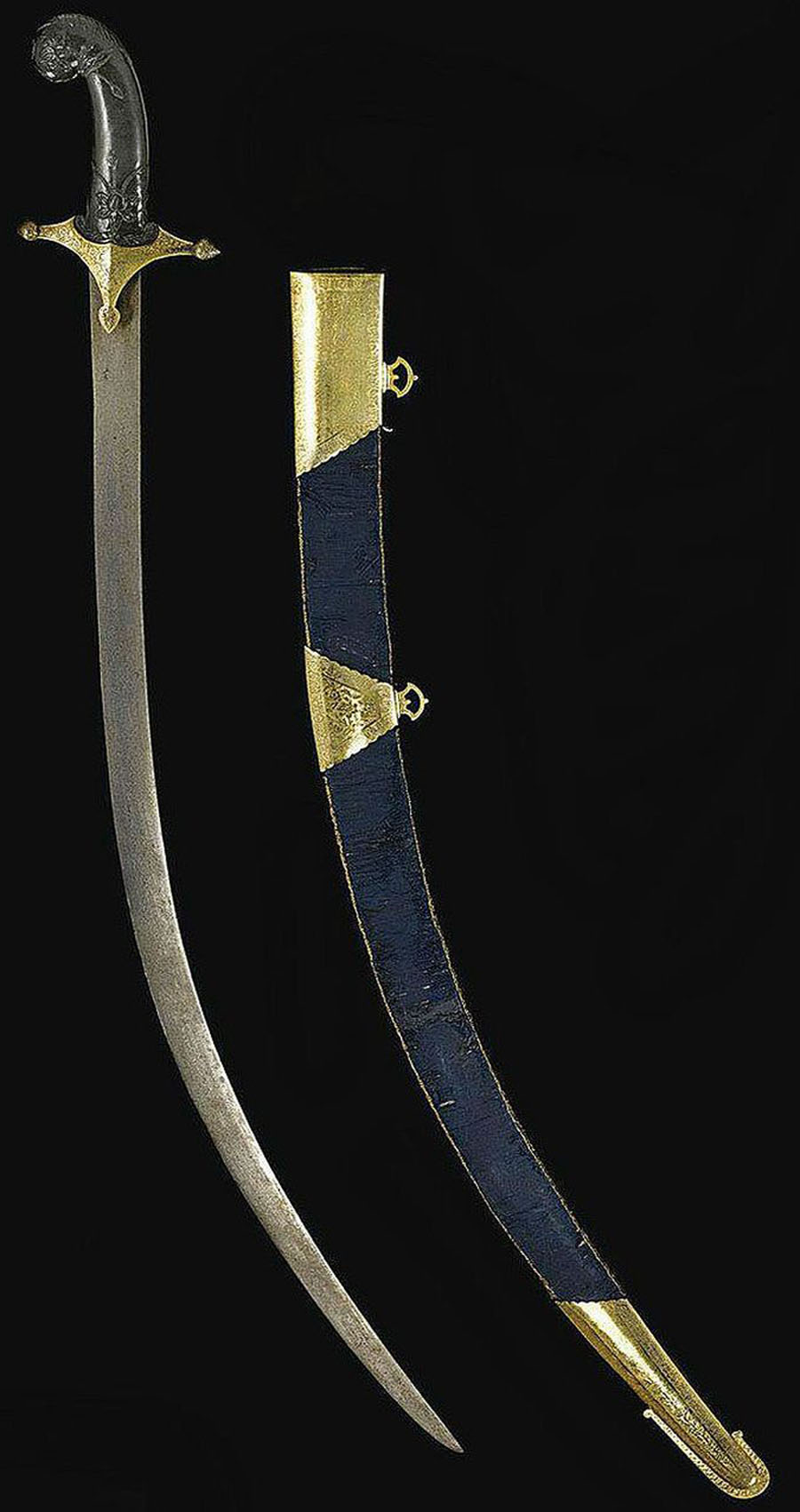 Chinese jade Hilted Swords are famous worldwide. This sword is sold in 2006 for 5.93 million dollars. There are also many games with the name of this sword. It was sold at Sotheby’s auction.

Everyone knows about Napoleon, a great warrior of the world. He made past victories in wars and won many battles. Napoleon this sword is on the top of the list. This sword is made of gold and sold for 6.5 million dollars. It was marketed in June 2007 at Osenat Auction. This sword was used by Napoleon in 1800 in the war of Marengo. In this war, he forced Australians to run away from Italy.