People related to every class try to follow up the new and changing trends of fashion. It depends on the choice of people whether they choose funky, cool or decent trends.  People try to expose off their personality by using branded products.  According to the estimate of international consulting firm Brain and company the value of luxury market was $274 billion in 2014 but it has been increased to $280 billion by  2015 this is a huge increase in a short span of time.   Wealth is being circulated in between some of the people of the world.  So, people who have the excess money try to improve their standard of living by purchasing the products with brand names. Which shows their status in society .There is the list of luxury brands that are working for introducing new trends in the market. Brands are enjoying a good reputation in the world and people prefer to purchase the products with fashion brand names. By using branded things, people try to show the level of their income, good status, their style, and taste. As they produce a quality product, so people prefer the branded items instead of local products.
There is a top 10 luxury fashion brands list, 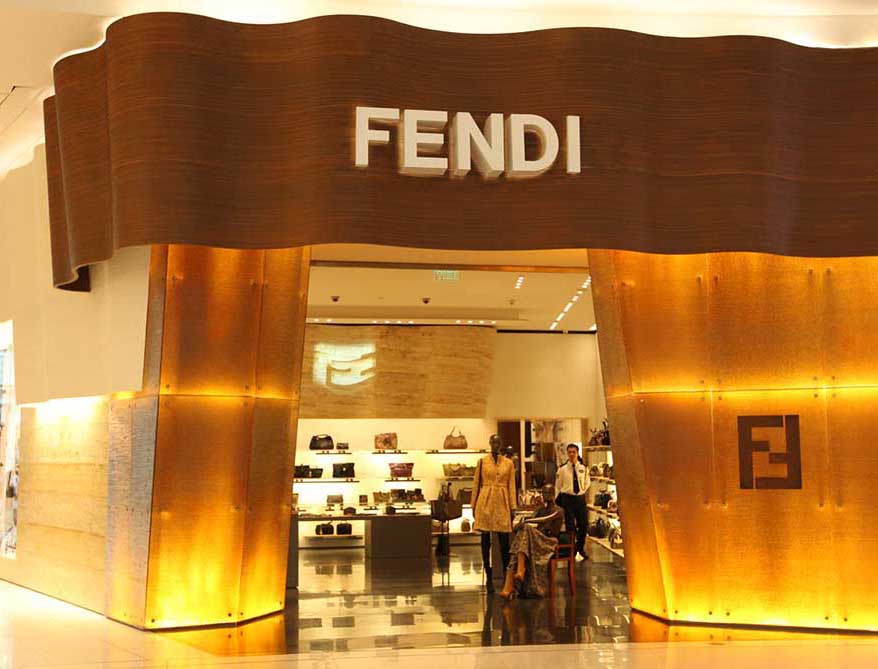 It was formed in 1925 by Adele Fendi and Edoardo. It is an Italian-based multinational company formed for almost 90 years. There is a high range of cloths available including ready to wear fur clothes among these bags are most famous. In the year 2014 the company declared that it will use drones to carry their catwalk shows. By 2011, the company estimated its profit to be $1billon. By the end of 2011 the company declared its profit to be $1billon. Which shows the good financial condition of the company. Products of the company are being purchased the world wise. People prefer to purchase the products with their name. 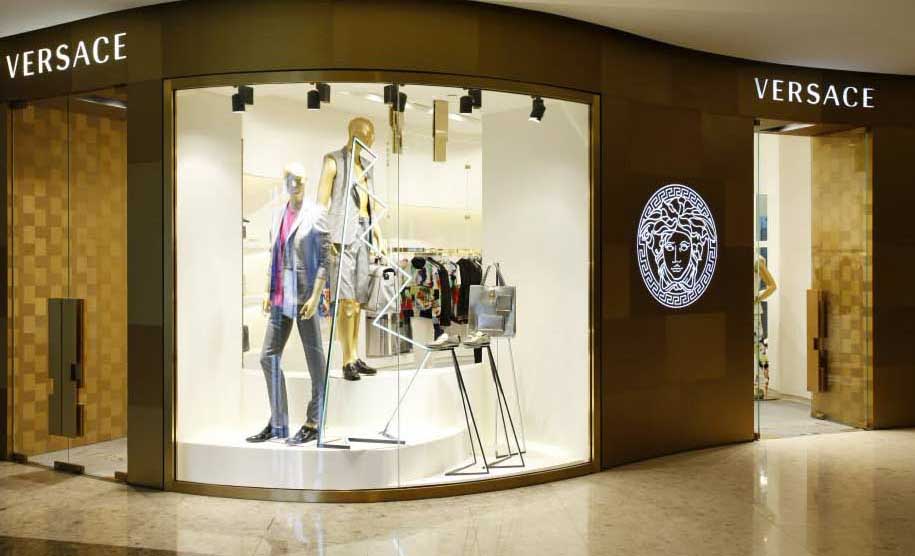 It was formed in 1978 by Gianni Versace. It is the story of tragedy and success. The company made the clients that were included the biggest names of 1980’s such as Princess Diana, Elton John, and Tina Turner. The company announced its profit that was to be estimated as $79 million.  Gianni, the founder, was murdered and after that it was carried by her sister Donatella Versace. The company is included in one of the top most brands of the world. 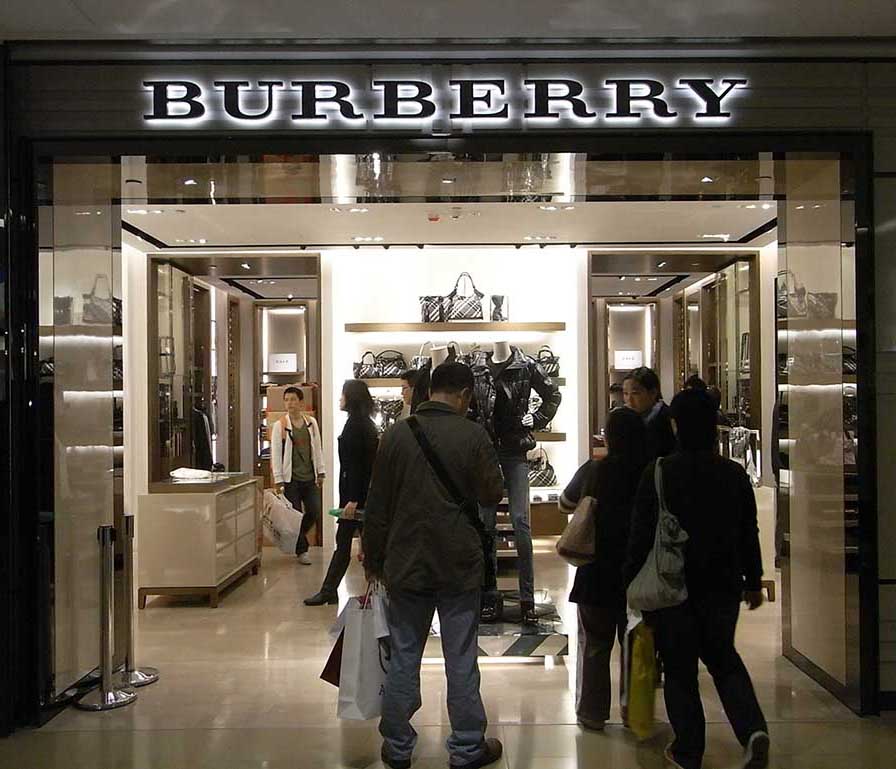 It was formed by Thomas Burberry in 1856 in Basingstoke.  The firm opened its first store in 1981 and got a great success. The most famous article is a coat with peacock feathers which is being sold to about $35000.In the year 2014 the company announced their profit that was to be $323 billion. It Enjoys a good reputation in the world, and its products are being widely purchased all over the world. A British company Burberry has a wide range of articles for sale in a market including coats for men and women, glasses, home interior and many more. 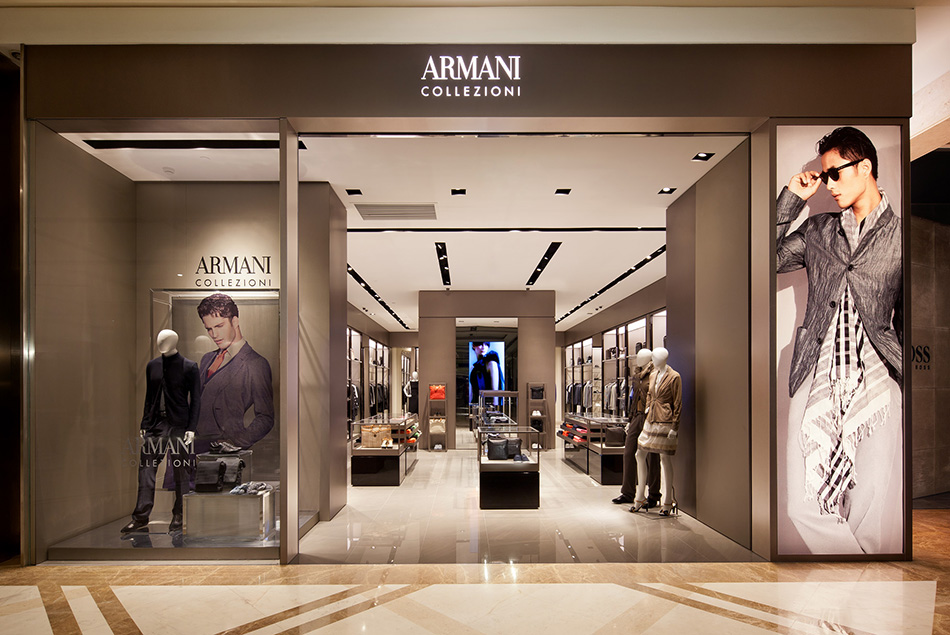 It was formed in 1975 by the famous fashion designers names Giorgio and Sergio. The brand is being famous for everything from ready to wear dresses to the interior of home designs which is being purchased the world wise.  Armani became famous in a very short period. Which shows the good financial reputation of the company.  Products of the company are being purchased world-wise people prefer to purchase the products with their name. 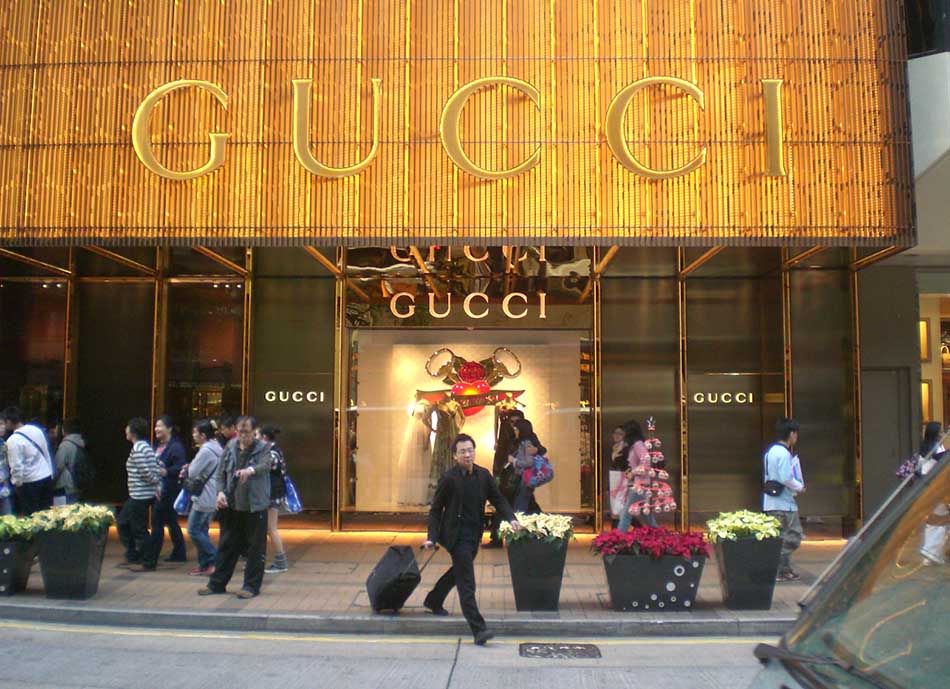 Another famous name in the fashion industry is Gucci .It is also Included in top fashion brands. If we pronounce it alone, it sounds to be made for fashion only. The company was formed in 1920 by GUCCIO Gucci.  Gucci is also included in one the top most brands of the world and became famous in a shorter span of time. The brand is being famous for a shoe, bags and leather items are at the top of the list. The company declared its profit that was $4.2 billion. Which shows the popularity of the company 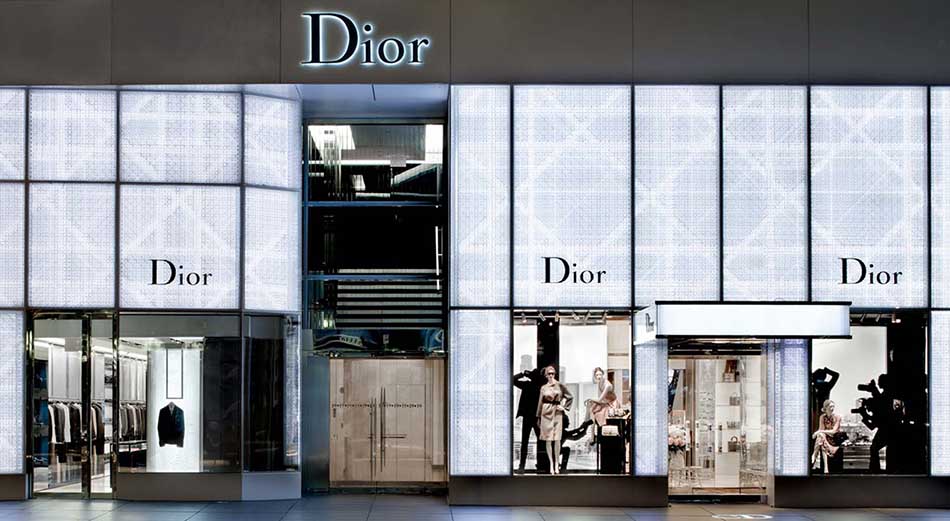 The company was formed in 1946 .The company also enjoys a good reputation among all the top fashion companies of the world. The products being commonly sold includes ready to wear clothes, leather products, footwear, accessories and the products for skincare .Dior is also a very famous fashion brand name  Among all the brands. The bags of Dior are mostly sold and a famous item. In 2011, the firm declared its annual profit that was to be $24 billion. Which shows that the company enjoys a very good financial position in the society. 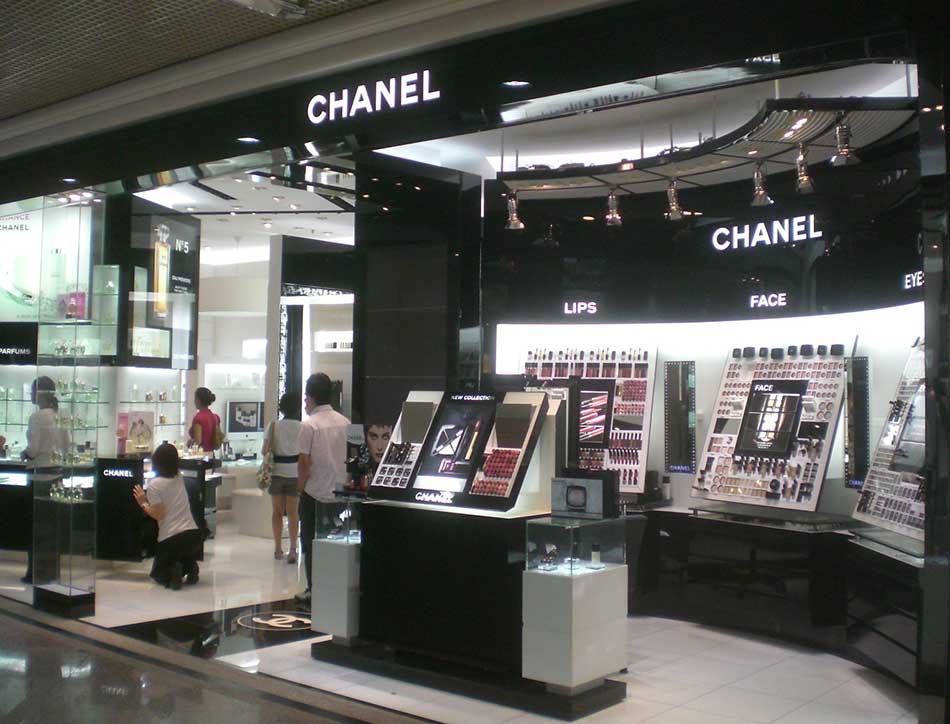 Company enjoys a good reputation in the world. Perfumes of a channel are the most famous which were launched by the famous fashion designer named COCO channel.  In the opinion of coco channel, the luxury must be comfortable if the luxury is not comfortable then it is not considered to the luxury. It was formed in 1920’s like Gucci and also included in one of the most famous fashion brands.  The bags of channel are also being liked by the people. The company estimated its annual profit to be $7 billion. The profit of the firm shows the good selling position of the company and the articles of the company are mostly being purchased by high-class people due to higher rates. 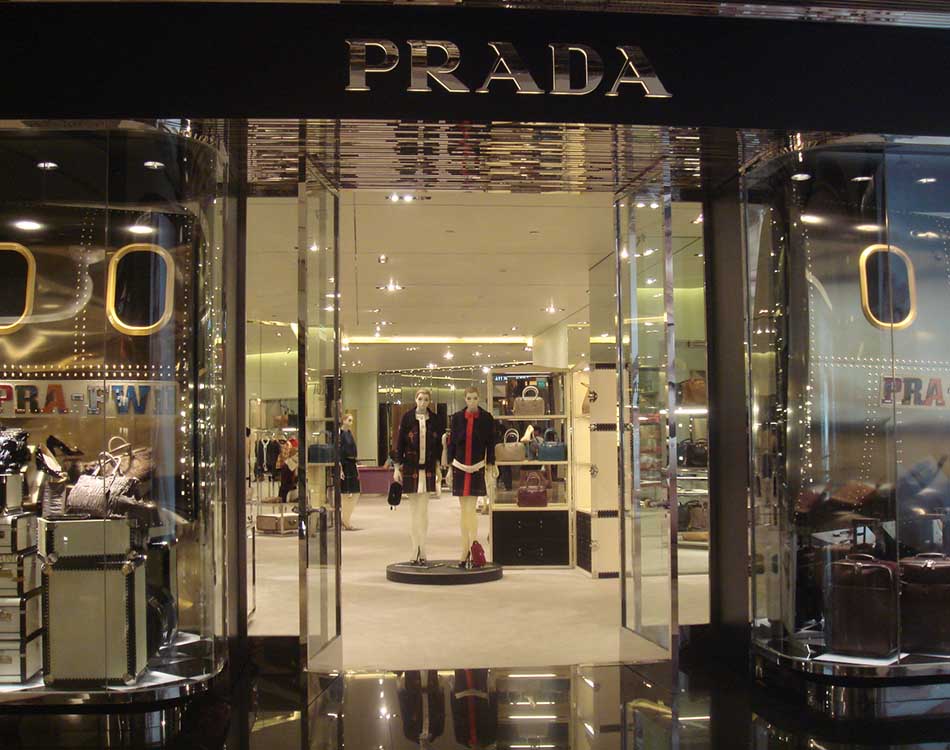 Prada  is one of the most expensive brand of the world and the items produced by the company include ready to wear clothes, leather items, accessories, shoes, watches in short in includes a wide range of products . In 2007 company made a contract with LG electronics to make mobile phones but it cannot become successful. The company is included in the top most brands of the world, and the products are being widely sold among a posh class of the society due to high prices of the items. The company estimated its profit to be $9.4 billion. Which shows the good financial condition of the company.It was formed in 1925 by Adele. It is an Italian-based multinational company formed for almost 90 years and enjoying a good reputation. 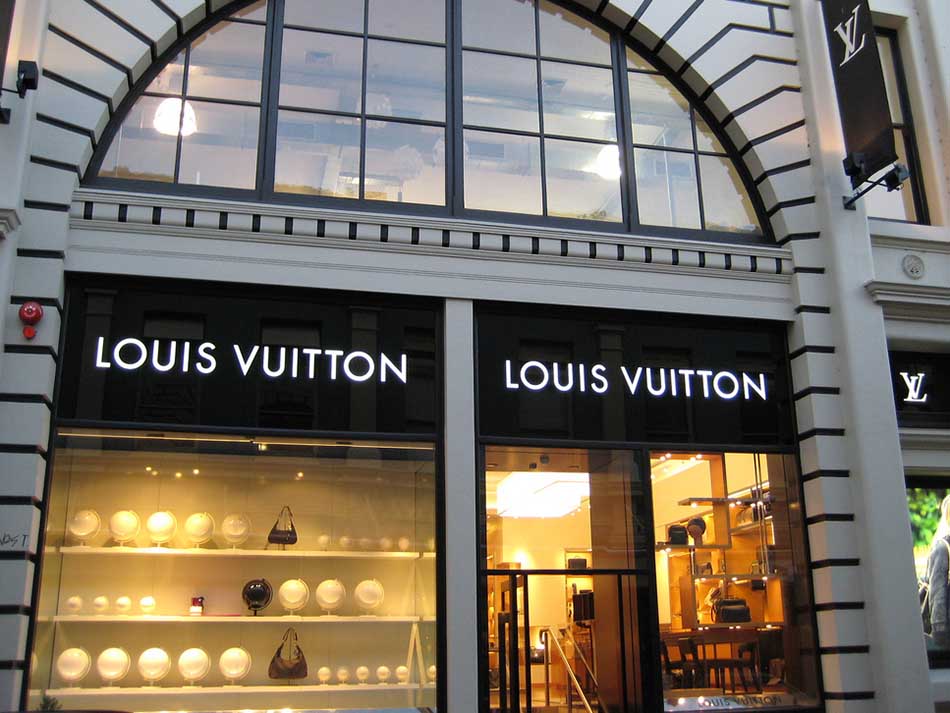 It is included in one of the biggest brand in luxury handbags and accessories. The products of the company are very expensive. It was formed in 1954 by Louis and a very famous fashion brand. Mostly the products are being purchased by models and posh class people because of the high prices, and the items can’t be purchased by lower or middle-class people. The specialized items of the brand watches , shoes, jewelry, accessories, sunglasses and books in a short  wide range of articles are available. In more than 50 countries about more than 460 stores are opened. The company announced its annual profit in 2014 which is almost $28billion. This high amount of profit shows that the firm has a good reputation in society. 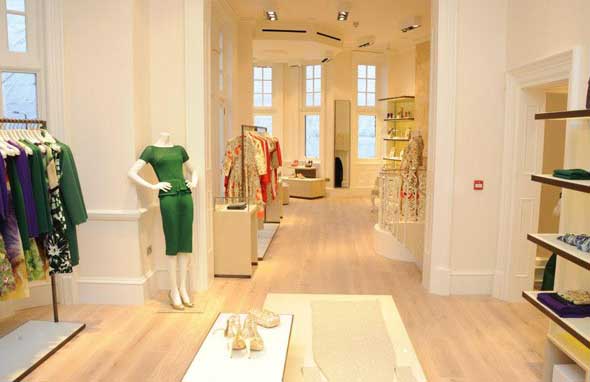 This is one of the biggest among all the luxury fashion brands in the industry. Oscar de la Renta was formed in 1960’s but became popular in a very short period and now, it is one of the best among all other brands in this field. In 2014, the former of this brand passed away due to cancer at the age of 84 and that many of the people appreciated his talent and company became rather more popular. The prices of the products are very high and out of the reach of average class people. Mostly posh class people purchase the items. It presents a wide range of products including ready to wear dresses, bridal dresses, shoes, children wear, handbags and accessories and may more but the company is famous for the bridal dresses. Brand conscious people purchases its products to show their status in society.

We have discussed above the top ten high end clothing brands in the fashion industry, enjoys a good reputation in the market due to best quality products. These high end brands are considered to be the most expensive brand and are purchased by the people with a high level of income. Louis Vuitton and Ascar de la Renta are considered to be the most expensive and are at the top of the list, and the products are being sold in the market at high rates.