Hindu is quite a famous and common religion of the whole world, and they are living in different countries of the world. The culture and tradition of Hindus are depicted in their movies and dramas to the rest of the world. Hindus have the temples which are considered as the most important ones to offer their prayers. There are different festivals celebrated by them which include Holi, Diwali and different types of worships/Poojas, which are all done in temples.

There are many beautiful temples of Hindus located in different places of the world. These are very precious because of the material used in them to enhance their look. In temples, different statues are placed which have given different names and looks according to their names. Hindus have firm believe in temples and statues that are the reason they are spreading their temples to all other parts of the world and to worship them. These temples are a beautiful and main attraction for the tourists and other people of the world as a beautiful and religious spot.
The following are top 10 most amazing temples of Hindus located all around the world: 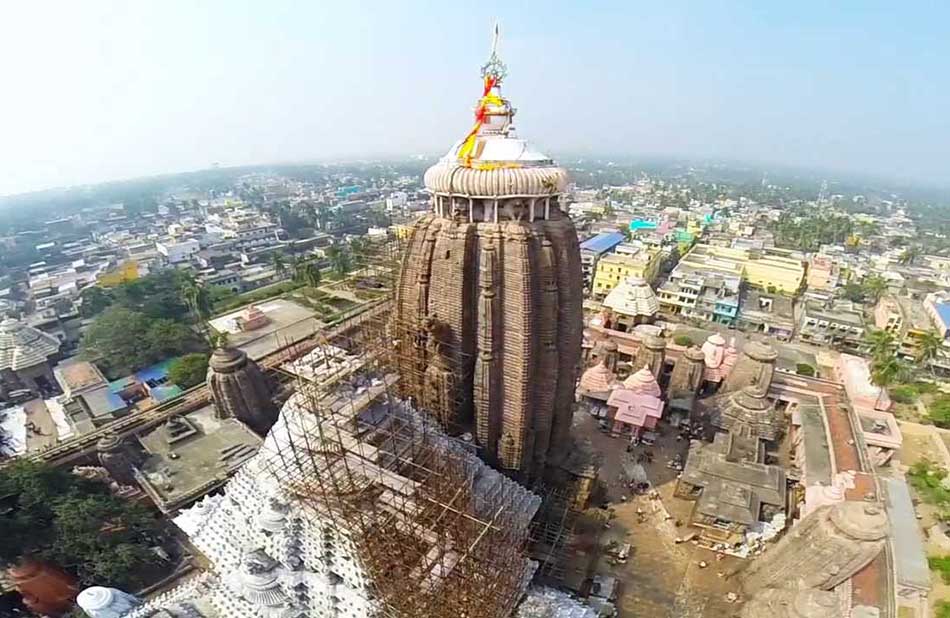 Jagannath Temple of Puri is the temple used for worship is constructed on the colossal of 420,000 square feet which are completely in the center of eastern India. It has a very complex structure which can be accessed from 4 different gates which are given the name of an elephant, tiger, horse, and lion. Jagannath Temple of Puri also has an amazing food market inside it which has remarkable kitchens which are the main attraction for the tourists and can feed almost 100,000 people in it. It offers the worship mainly for the Vishnu and Krishna. 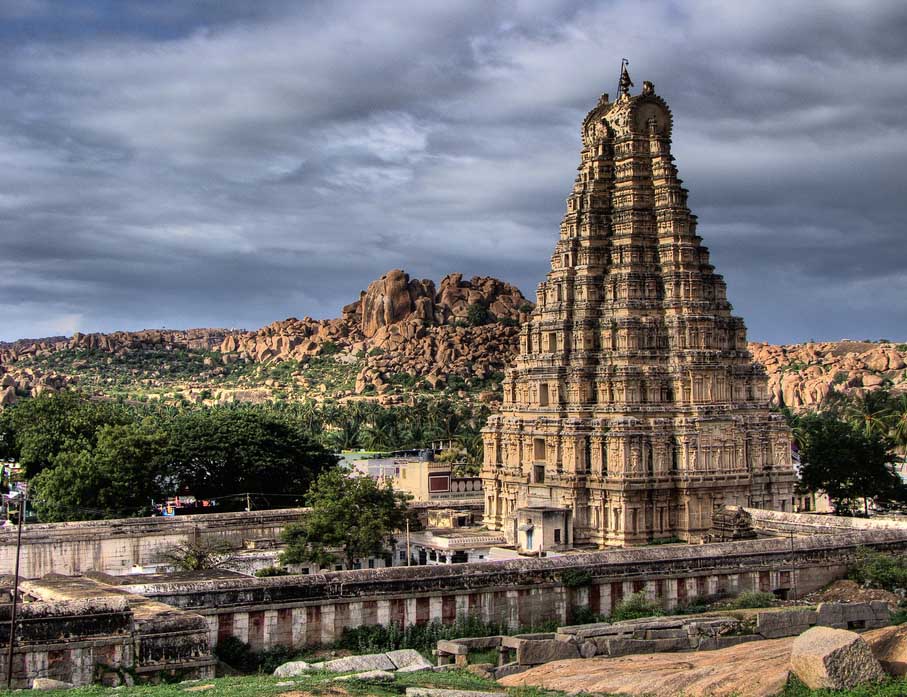 Virupaksha temple is the one which is more famous because of its amazing construction and is also included in the list of world heritage sites with the name of Group of Monuments at Hampi located in India according to UNESCO. It has grabbed the attention of people and tourists in 14th to the 16th century because it that time it was much populated and established and latest got completely abandoned. 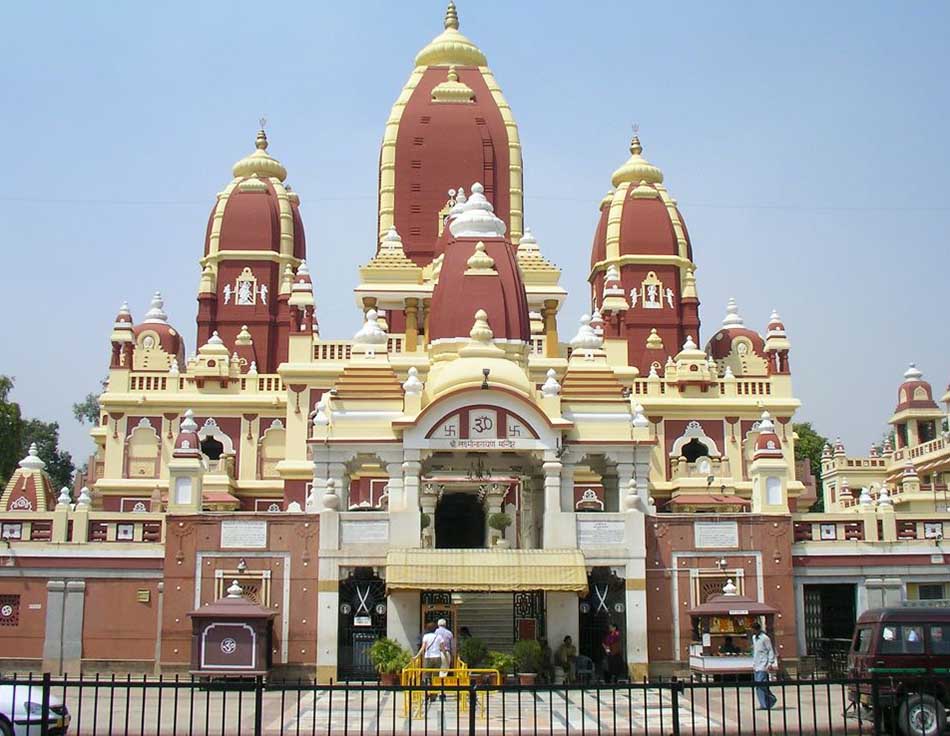 Laxminarayan Temple is the one which is made with two amazing colors which are gold and rust red. It is commonly famous with the name of Birla Mandir and is located in the west part of Connaught Place in Delhi and is the main tourist’s attraction for the people. Laxminarayan Temple was opened at the time of Mahatma Gandhi and is still the best place for worship of Hindus. It is completely free for Hindus, but the visitors are not allowed to take pictures in it. 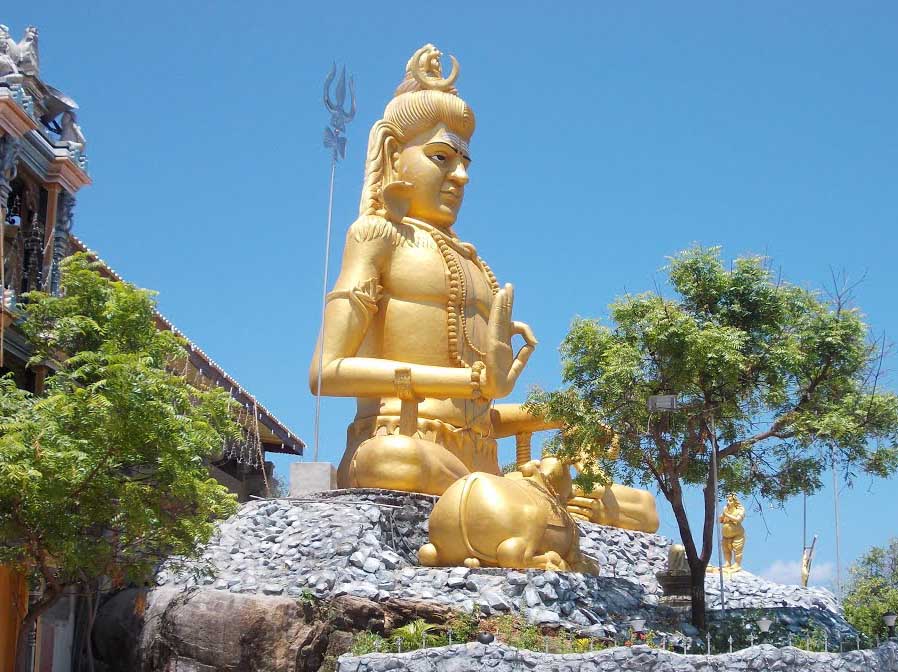 Koneswara Temple is the main temple of Lord Shiva, which is located at the best and top position of the Swami Rock. It was constructed almost 2000 years ago and then was destroyed by the colonial invaders in an almost 17th century but the statue of Ravana still stands at one side of the Swami Rock for the remembrance of this temple to the other people especially Hindus coming to witness this place. 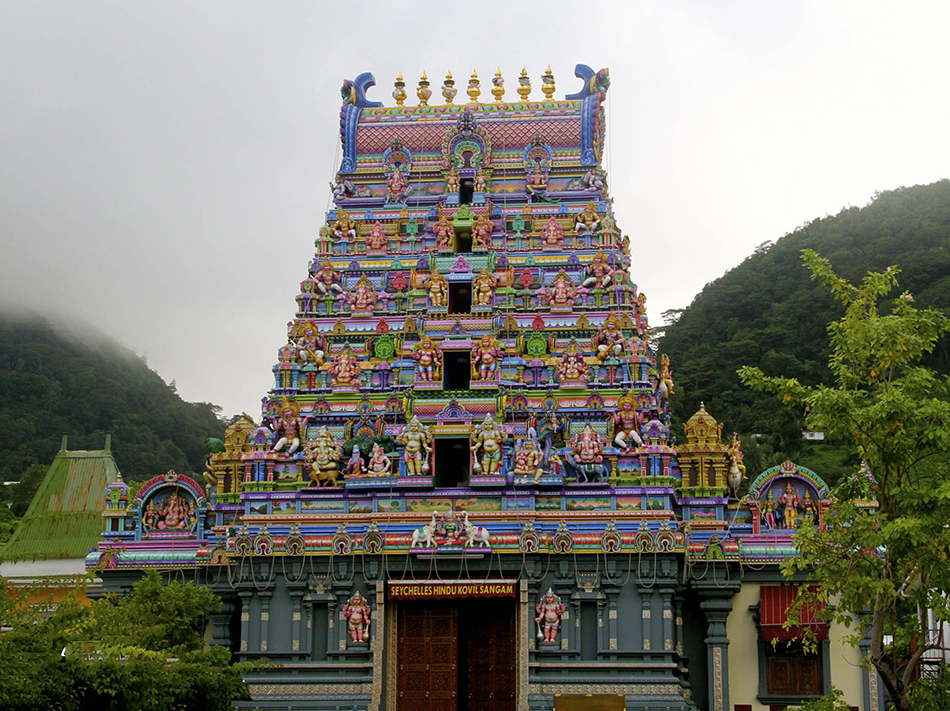 Arul Mihu Navasakthi is the temple which is very small in size but is much decorative with the precious materials to maintain its beauty. It is enhanced with all the colors of the rainbow to make it more attractive and is located at the building of Seychelles. The name of this temple was given according to the name of Lord Vinayagar, who was the lord of Hindu for the prosperity and safety. It is the best worship place located in Seychelles for the Hindu Community. 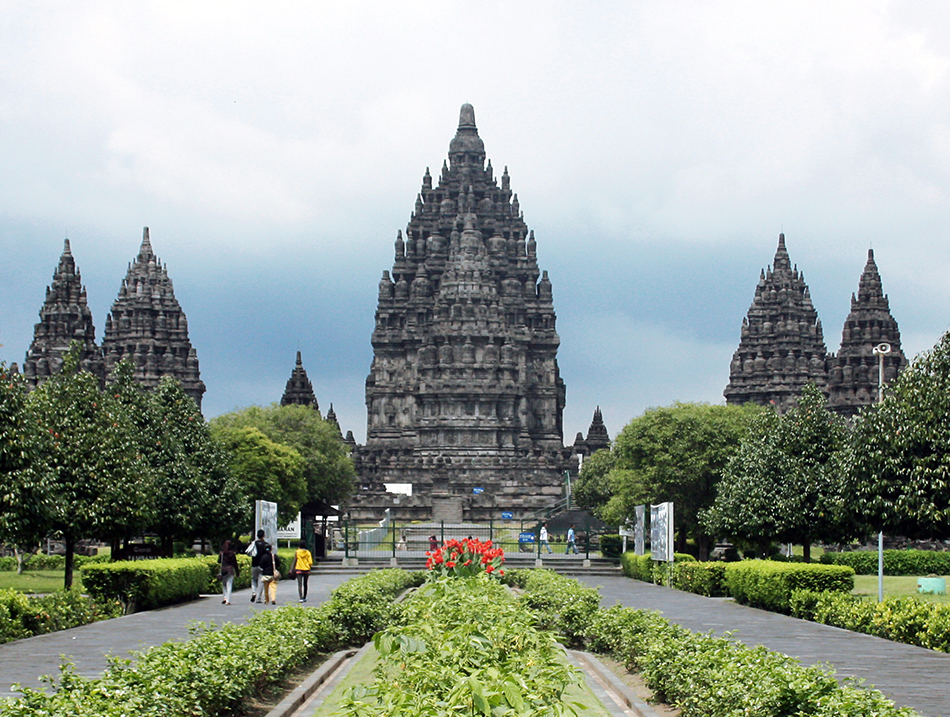 Prambanan is the temple which was built in the 10th century located in Indonesia. It stands at the height of 47 meters and has almost 3 buildings. Each building is given the names which include Shiva, Vishnu and Brahma and all the directions face the east side. It also has the smaller shrines which are 250 in number and decorated with the natural ornaments. 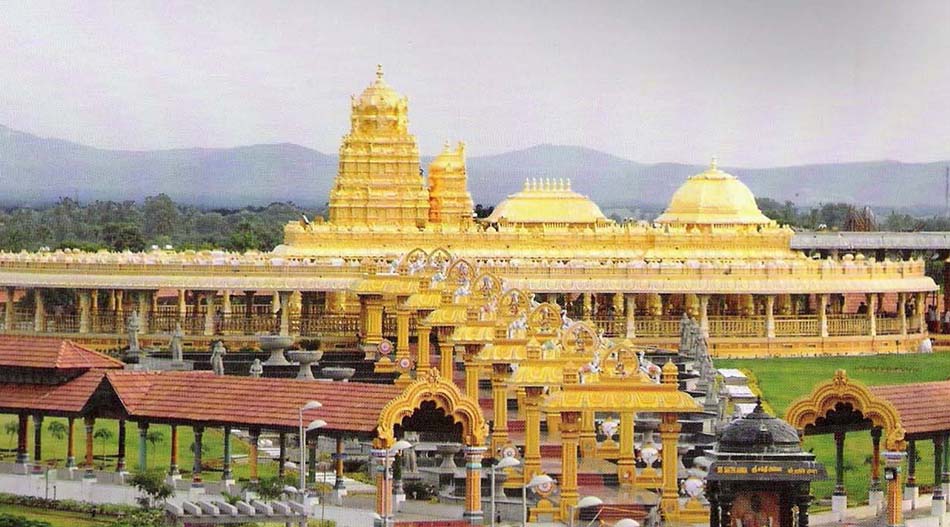 There is an artificial island located in Indian Punjab. It is the famous Golden Temple which was built on the island for the Sikh religion. It also has mirror room which is decorated with the symbol shaped like Umbrella. This temple is made in the 16th century which is further decorated with the gold canopy, gems and stones.

Akshardham Temple is named as quite new addition to the temples as it was opened in 2005 to the public. The most amazing thing about this temple is that it was constructed with the 300 million volunteer workers. Akshardham Temple is made from the famous pink-hued sandstone and marble. It is named as the place for the eternal purity, devotion, and peace. This temple also consists of more than 200 murtis in it. 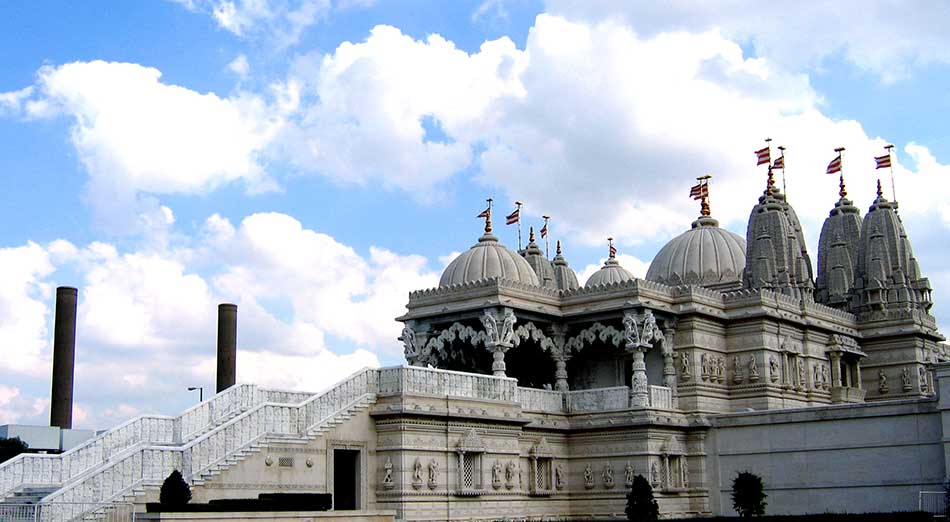 Neasden Temple is the one which is located in the North West part of London and has very large buildings. It is made from almost 5000 tons of Carrara of Italy, Ambaji marble of India and further enhanced with the Bulgarian limestone. Neasden Temple was completely carved in India and then moved to London. It displays a large number of fireworks on the occasion of Diwali and also snacks to the people coming there. 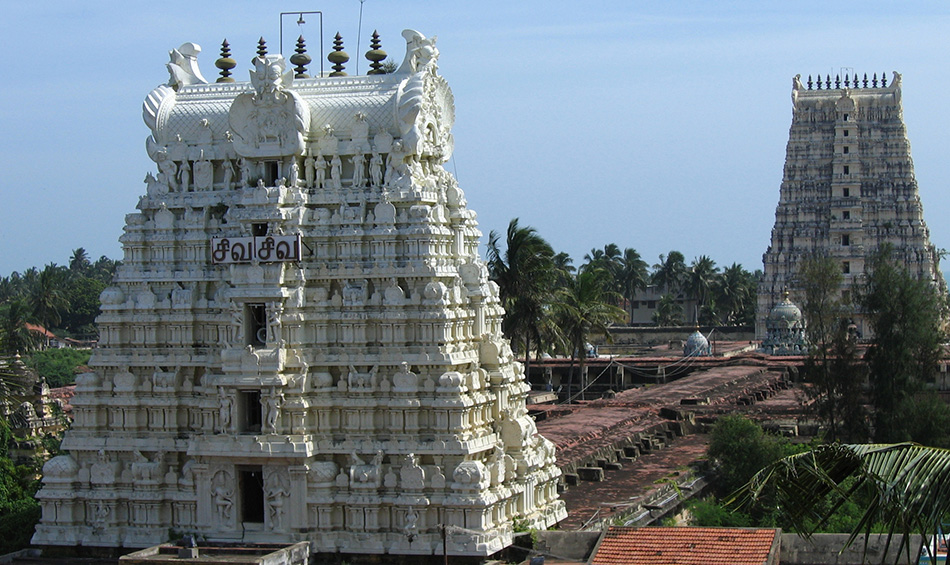 Again here comes the Hindu Temple which is located in the famous district called Srirangam of Trichy. It is named as one of the most important temples for the Vishnu community of the whole world. It is dedicated to the God Ranganatha and they claim that the prayers in this temple are must listen. Ramanathaswamy Temple is located on the total area of 156 acres and has the tower of 236 feet high.

Most Beautiful Hindu Temples in the World – Top Ten