There are large numbers of smokers in the world who are addicted to cigarettes and cigars. Cigars are luxurious and are more expensive than cigarettes and are used by the high-class people, not the common people. All the real smokers in the world know that cigars are an expensive hobby and difficult to maintain by everyone for the long time. The packing of the cigars is usually handmade, and their price ranges from $25 to almost $1200. There are many qualities in cigars, and every brand has its taste and smell as well. Although smoking is very injurious to health but still, people are addicted to it and thinks that cigar will make them stylish and modern as well. These days mostly young generation is addicted towards it to remain cool in the world. Some people are addicted to smoking and cannot quit smoking even by putting large efforts. There are many brands in the world which are making cigars and ranges in price as well and is now considered as the status symbol.
The following are top 10 most expensive cigars in the world: 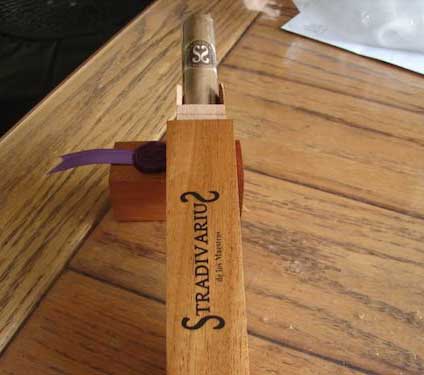 The Stradivarius Churchill is one of the expensive cigars in the world. It is available in three different sizes, and its price is estimated to be $34. This cigar is exceptional because of its quality and is the perfect blend of the Dominican and Mexican tobacco which enhanced its taste and aroma as well. It is of very good quality and great performance as well. It is packed in a wooden box with a ribbon on the top and is luxurious one as well. It is made from a famous brand and is available all over the world as well for all the smokers. 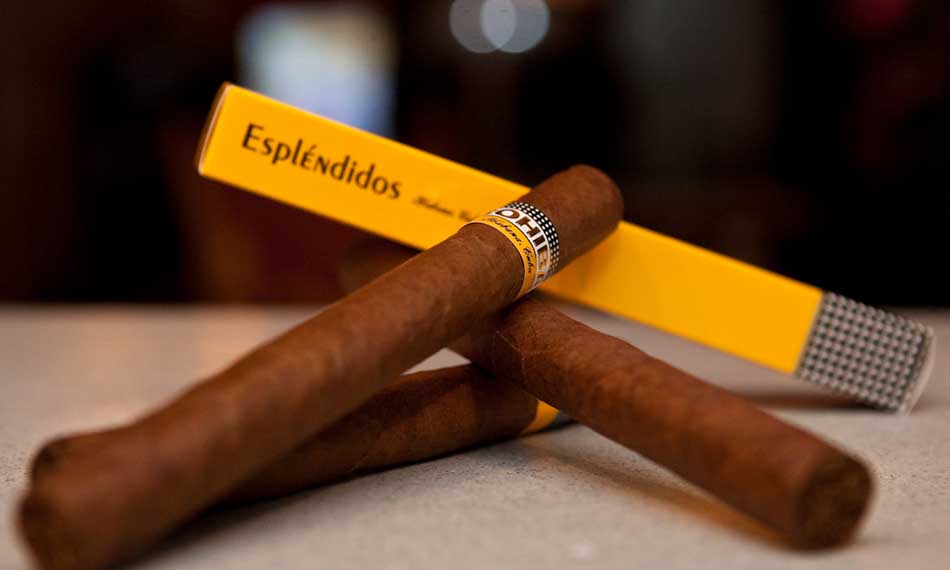 Cohiba is very different and famous brand in the whole world. It started to work in this field in the sixties from Cuba. Cohiba is more popular in the world because of its attractive packing. The whole box of these cigars can cost almost $750 while a single cigar in it can cost can $35 for the single cigar. It has the best flavor, and its most of the users provide 100% review in favor of this brand. It is a long and luxurious cigar that is expensive and affordable for some rich people. 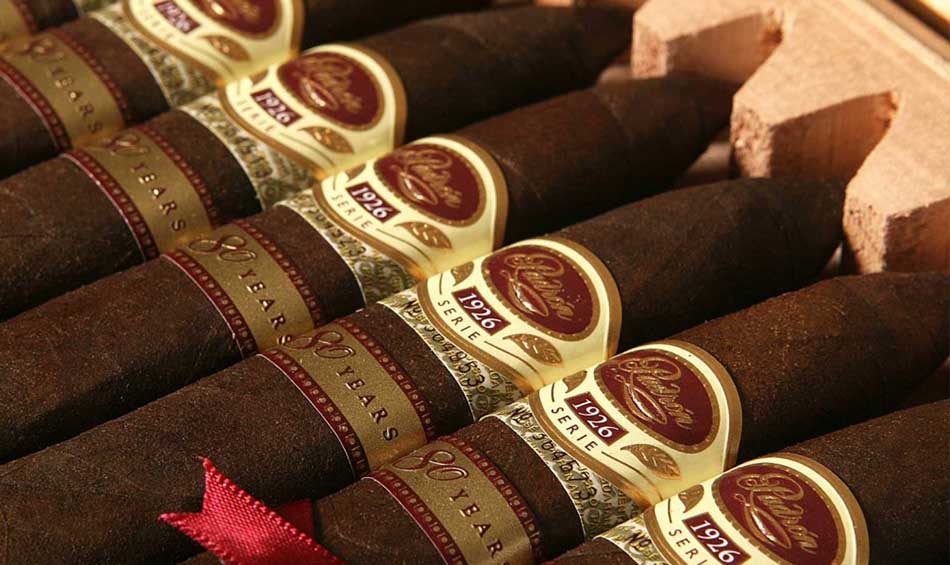 The Padron Serie was the brand that was started by the Jose Orlando Padron and has celebrated its 80th anniversary because of its long working history in this field. These cigars were made to celebrate their 80th anniversary in the world and were a great success among all the smokers of the world. It comes up with the perfect blend and is the premium cigars in the world. The price of their each cigar can cost almost $40. Their cigars are natural and are wrapped in beautiful handmade packing that is very luxurious as well. 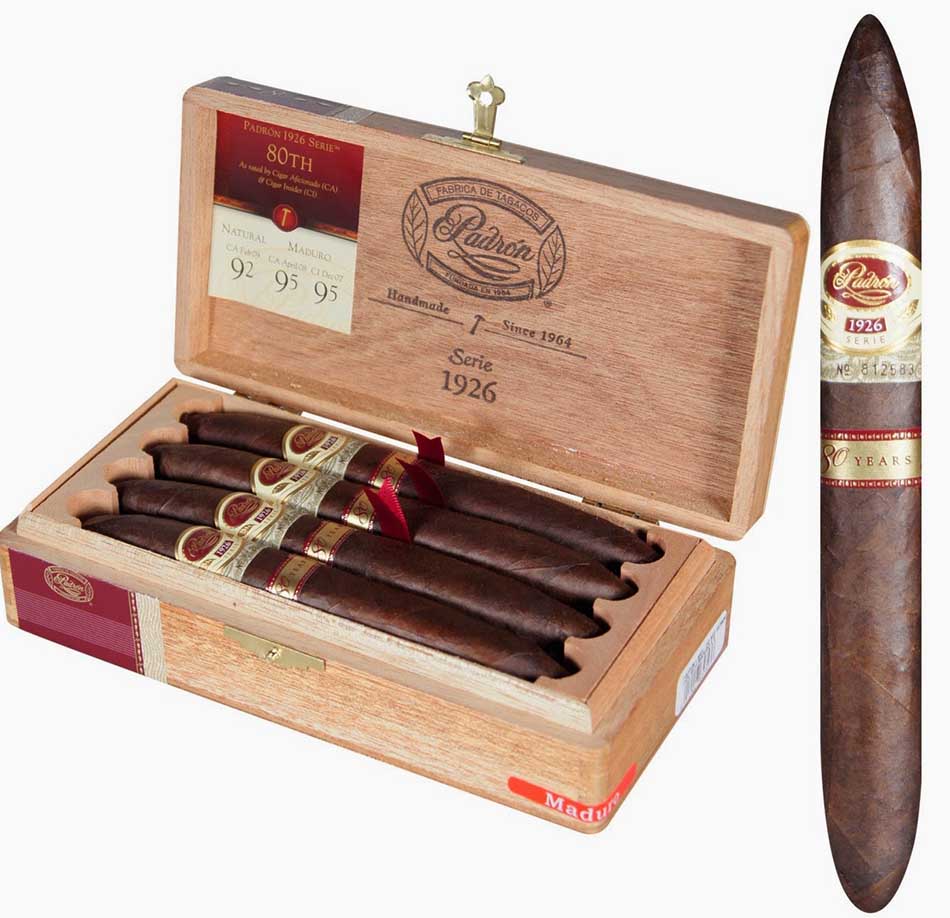 Louixs is a very luxurious brand that has also won the title of the finest cigars in the whole world which is a big achievement in hundreds of brand working in the world. These cigars were made by the Goldwin Metropolitan Company, which was specially made for the Beverly Hills’ club at the high price of each cigar of almost $50. Their packing is very attractive, and cigars are packed in Rosado Wrappers to make them complete the luxurious look, and their taste is also very different. The Arturo Fuente is very luxurious and the best cigar in terms of quality. It is not very easily available in the world, and the real smokers try to find them. It is made with strong ingredients that are the reason it is considered it has the pungent taste and strong shot as well. The price of this cigar is almost $56 for each cigar. The look and packing of this cigar complements the whole cigar and completes its look as well. It is very rare but has high demand in the whole world because of the finest quality tobacco used in it and can be used for long time. 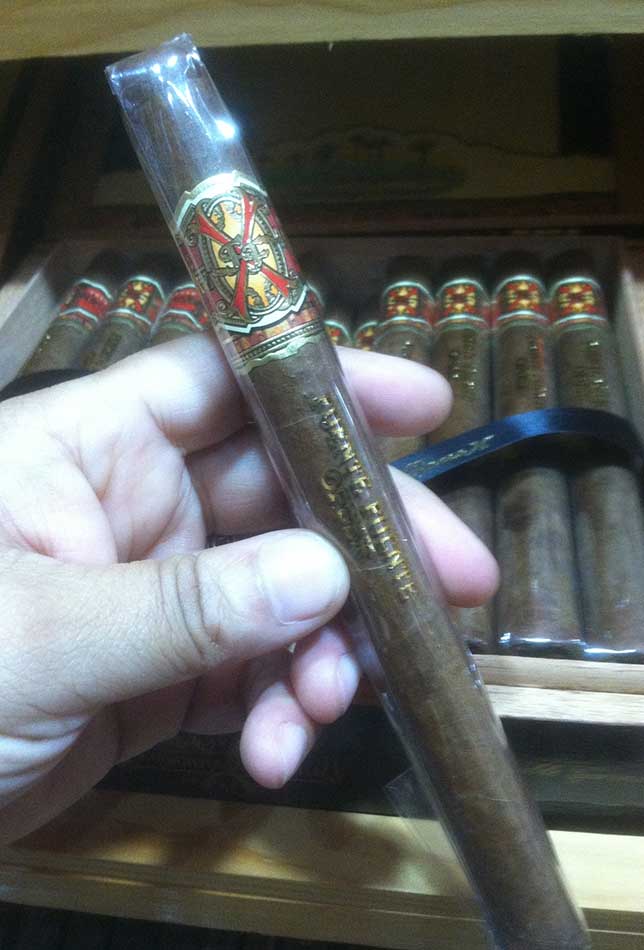 Arturo Fuente Opus XA is very long cigar which can be used for a long time. The total length of this cigar is almost 24 centimeters which is loved by all the smokers. It is also very rare one and cannot be found easily in the world but still it is available at some selected and large shops of the world. As it is large in length so it can use for more time and difficult to use it in single day. The price of this cigar is almost $80 for each. 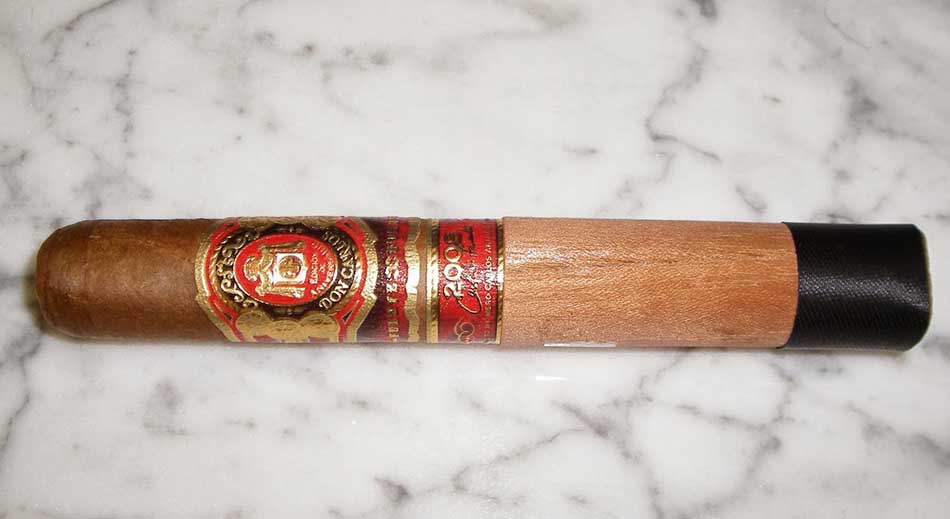 Arturo Don AnniverXario was made by the president of the Don Arturo to introduce something different in the world to give tribute to his father in 2001. But it was introduced in the world in 2008 with perfect packing. The whole box of these cigars can cost $7500 while each piece can cost almost $85 only on some selected expensive stores. It comes up in the best and luxurious packing of the box which enhanced its demand in the world. 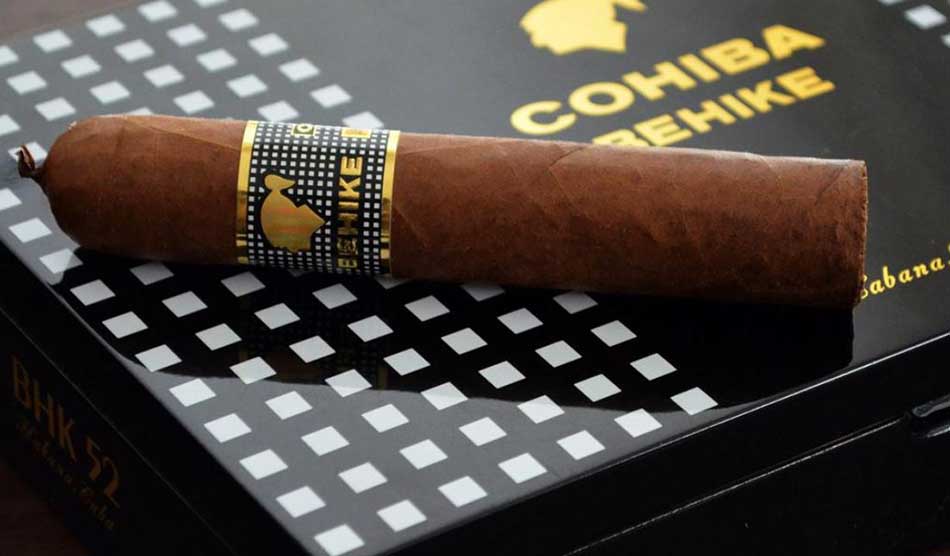 Cohiba Behike is one of the most luxurious and premium cigar available in the world and is considered as best of all. It has grabbed a lot of attention from the smokers because of its taste and packing as well. It is available at the rate of $450 for each. These cigars are very fine and expensive as well. The total length of this cigar is 7.5 inches. It was available in the world only in a limited quantity that was only 100 pieces.

2. The Gurkha His Majesty`s Reserve: 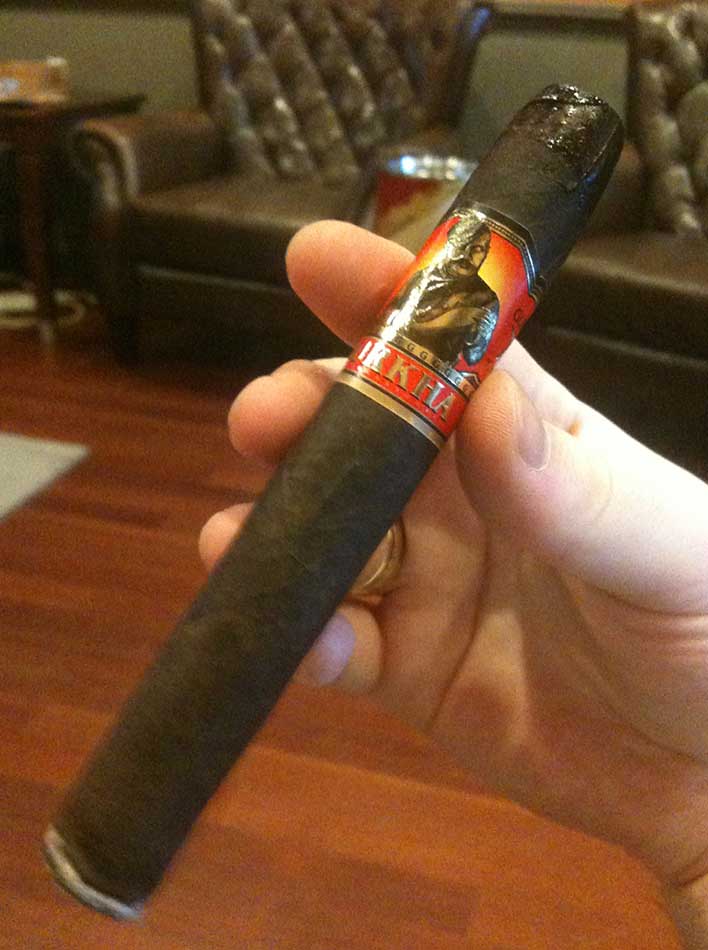 The Gurkha Reserve is the best cigars available in the world that has the perfect packing. They are made with the cognac that can cost almost $750 for a single cigar. The production of this cigar is very limited to create its more demand, and almost 100 boxes of this cigar are made in the whole year in which there are 20 pieces in each box. It is very expensive and not affordable for everyone. 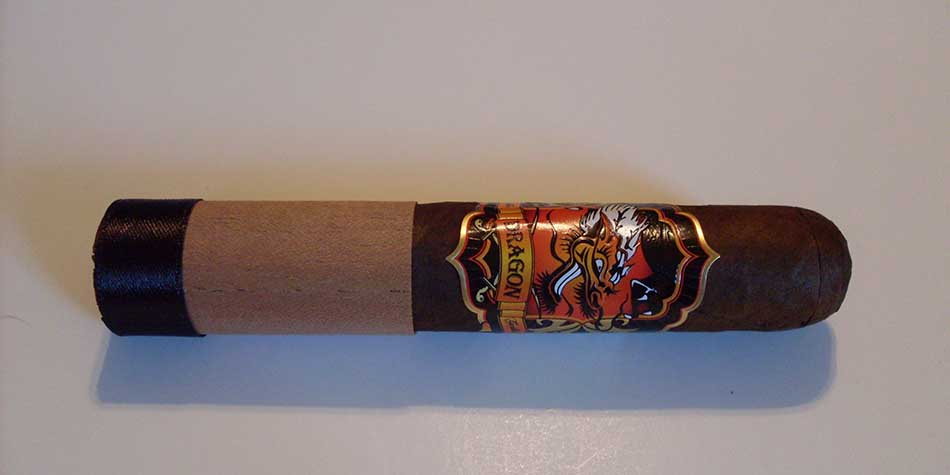 The Gurkha Black Dragon is the most expensive cigar of the world. The price of this cigar is almost $1,150 for each, and only a few packs of this cigar are made every year. It is very expensive one so not affordable for everyone that is the reason it is made in limited number to fulfill the needs of their limited customers. The length of this cigar is 21 centimeters, and the whole pack can cost $115,000 for the whole pack.

The above ranking of the most expensive cigar is given according to the price paid for each cigar in the world. All of them are made by the famous brands and are made with perfect quality. These cigars are not affordable for everyone, and only rich people can afford them who wanted to be luxurious and stylish and are willing to pay a large amount to get the style.