A helicopter is such a common thing which most of the people have seen in their life. Helicopters are used for different purposes which includes rescue operations, attacks, and carrying weapons and also for the transport. The main features of these helicopters included the size and payload capacity. 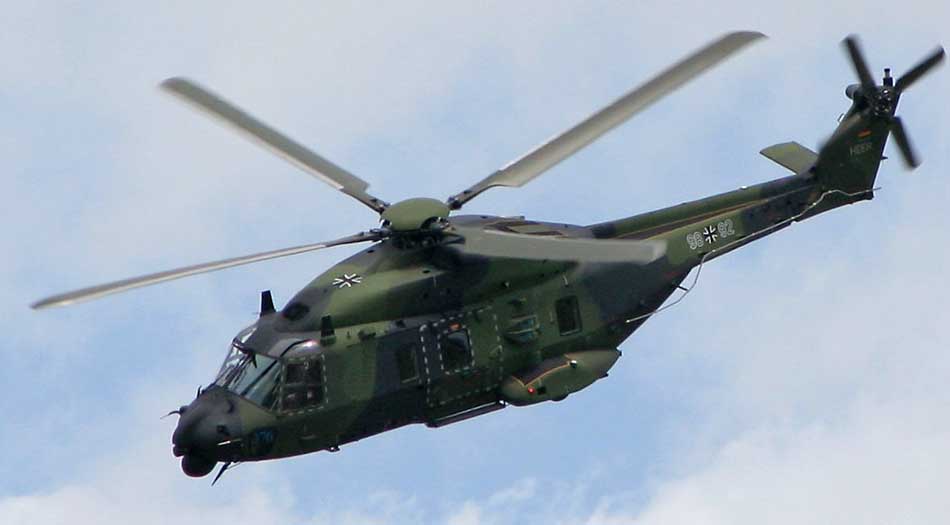 All the 5 European nations signed a contract for the purchasing of the NATO helicopters in 1985 but then in 1987 UK was dropped out of this contract in the favor of some other countries which includes Germany, Italy, France and Netherlands. This helicopter is the transport one which was exported to different countries which are New Zealand, Sweden, Oman, Norway, and Belgium. It can accommodate almost 20 troops in it and can carry the total weight of 2000 to 5000 kg of cargo in it which is a quite large one. 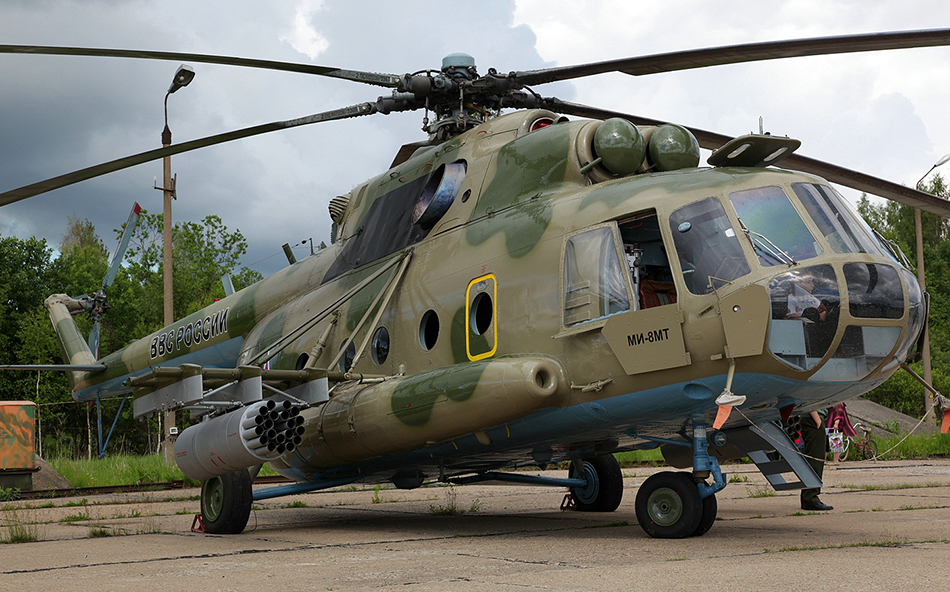 Mi-8 is named as the high utility helicopter which is quite large and latest one. It was widely exported to different countries of the world and is in service in more than 60 countries. It was built for the military purpose, but the main purpose was the utility transport which can accommodate almost 24 troops there and can carry the weight of 4000 kg in it. Mi-8 helicopter is fully equipped with the needed weapons which include bombs, rockets, machine guns and also missiles in it. It can also perform different specialized roles with it which are quite latest to be introduced in any helicopter. 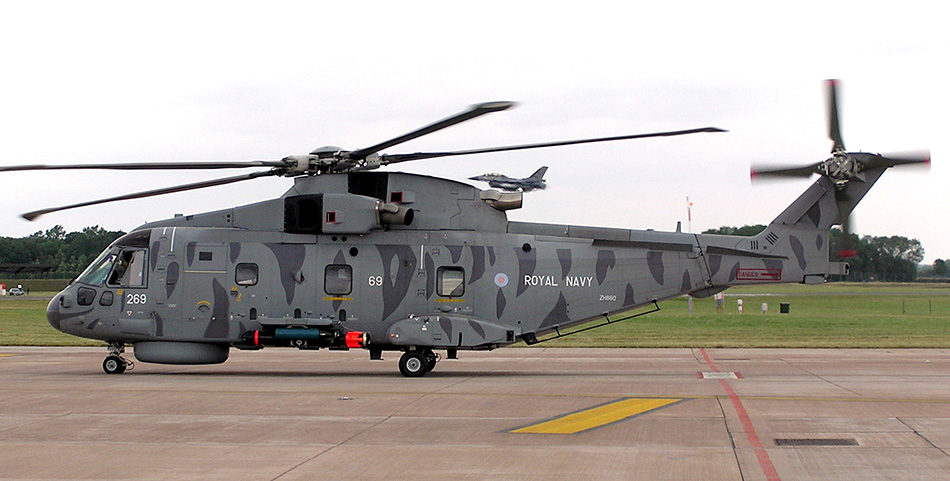 AW101 is very lightweight helicopter which is made with the twin turbo engine and was made by the collaboration of Italian and British company. It was introduced in 2000, but the formal introduction was done in 2007. Different armed forces used it which includes Canada, Nigeria, Saudi Arabia, Portugal, Japan and Denmark. It is mainly used for purposes for includes rescue operations, transport, medical use and military purposes as well and can carry 26 soldiers in it and can carry total 5000 kg of weight in it. 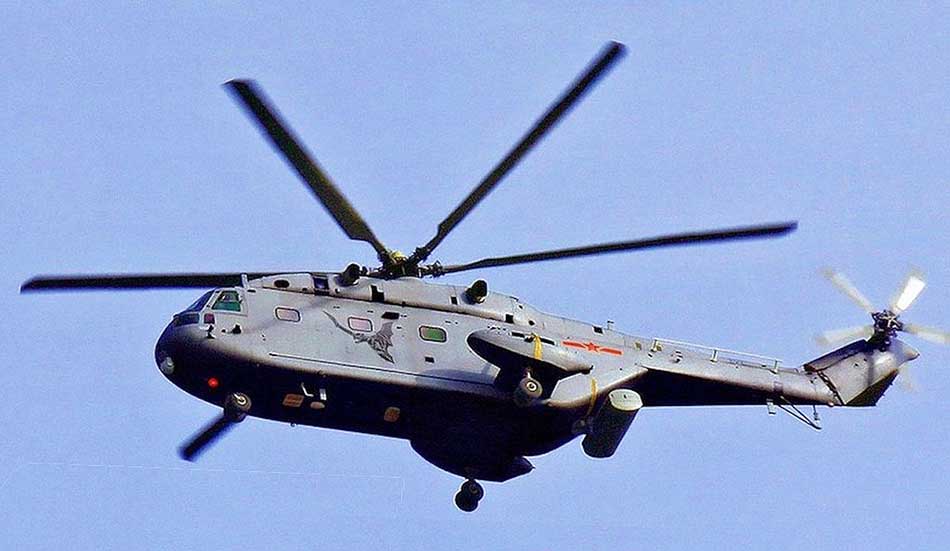 Z-18 is a new Chinese transport helicopter which is named as the largest one ever made in China for the transport purpose. It was publically introduced the service in 2014 and has replaced the older Z-8 helicopters. This transport helicopter has a very powerful engine which has more internal space and can carry high weight in it. It can carry 27 passengers in it but has the capacity of 5000kg of weight in it. It has also made a record on flying above the Mount Everest and is named the large helicopter which can manage to go high. 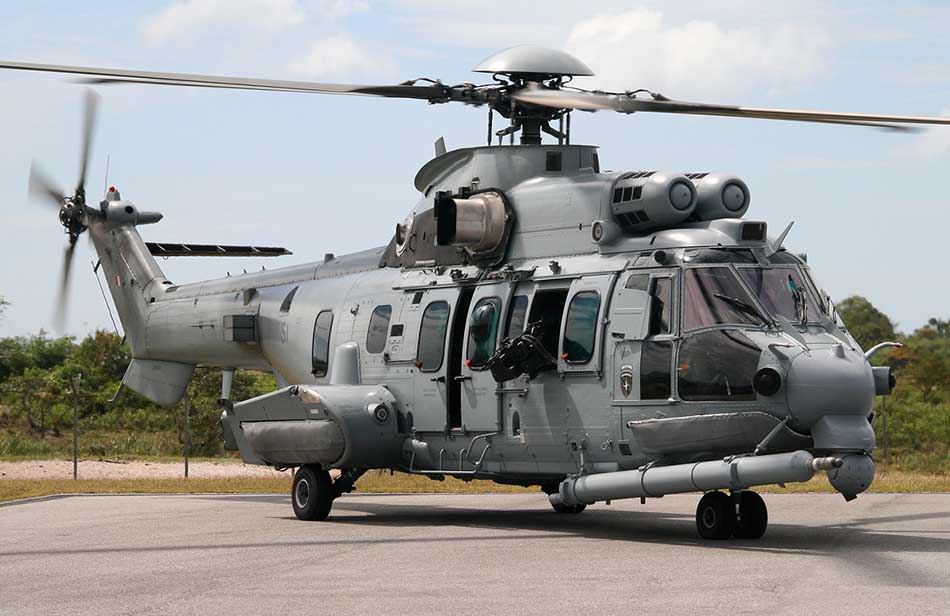 The Eurocopter EC725 is a long range transport helicopter which was developed to meet the demands of the French Air Force requirement for transport and rescue operations. its first flight was in 2000 and exported to different countries which include Mexico, Brazil, Indonesia and Malaysia. It can accommodate 28 troops in it which can carry the total load of 5,670 kg of weight. It is also used for search operations, and another latest version of this helicopter is also launched with the name of ASW version. 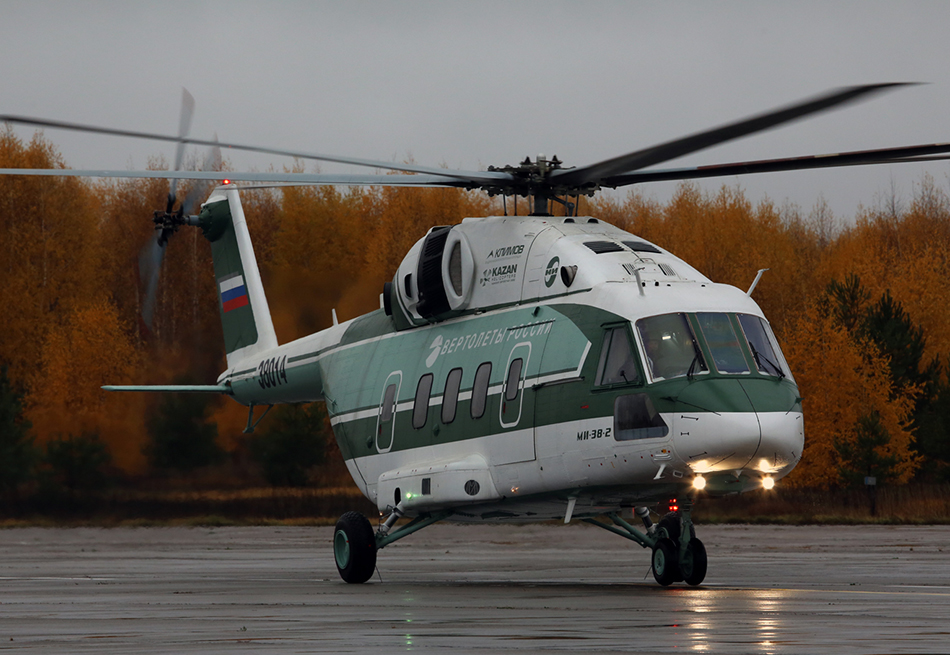 Mi-38 is a transport helicopter which is designed for both the civil and military purposes. It was made with completely new designs which have much-developed rotor system, engine, airframe, and avionics. The production of this helicopter was started in 2015 and can accommodate 32 troops in it which can carry the weight of 5000kg and 7000 kg in it. It is planned to be used for different missions and can also land on the water and can also be used as an ambulance. 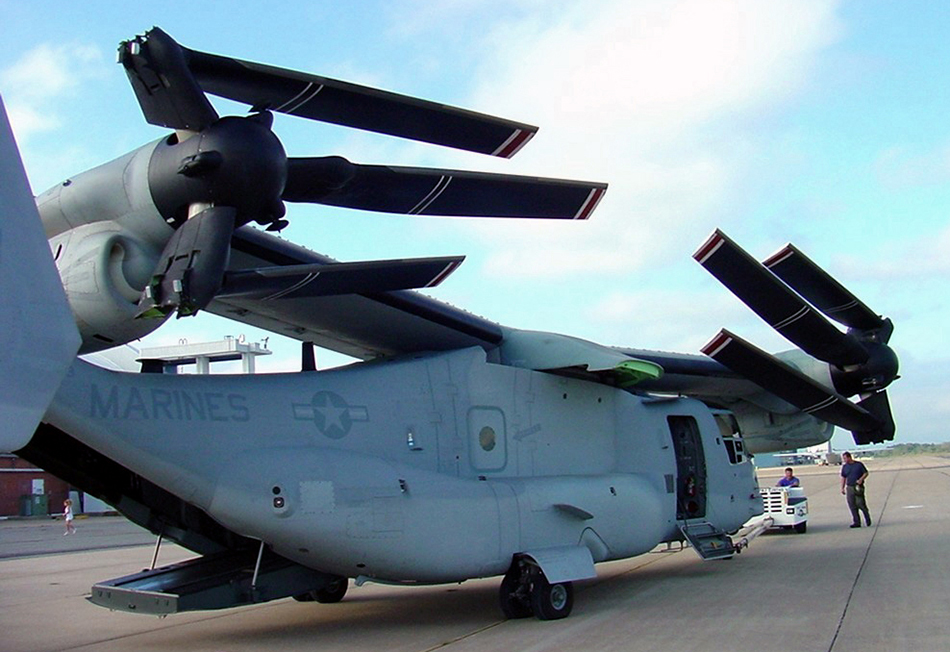 V-22 Osprey is an amazing helicopter which is known for its high speed. It is currently used by the Marine Corps and Navy, US Army and Air Force troops as well. It can accommodate almost 24 troops in it and has the total weight capacity of 9000 kg in it. This US Helicopter is two times faster than the other utility helicopters which can fly. The most amazing feature of this helicopter is that it can even land vertically and even one rough land or spaces. 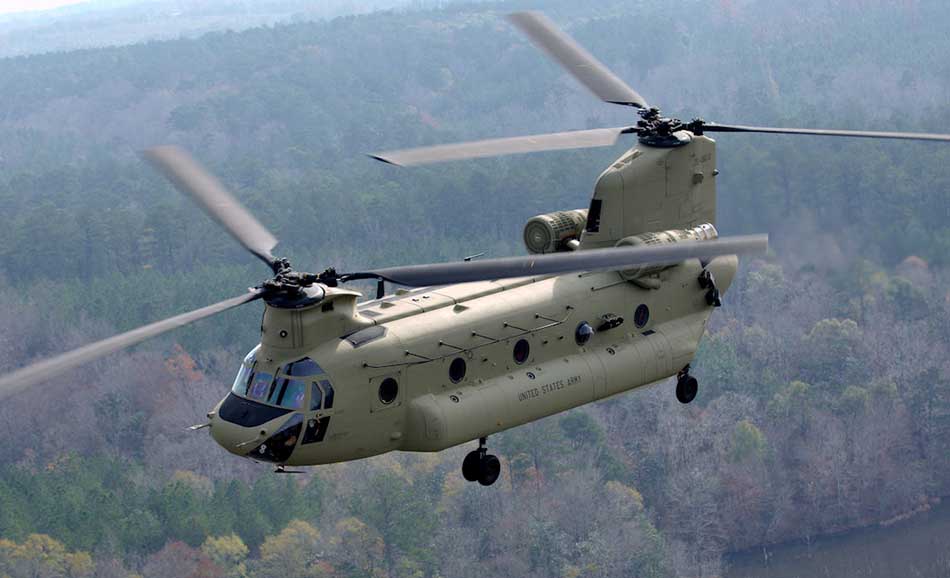 CH-47F Chinook is another twin-engine helicopter which is designed for the heavy lifting purpose and was first introduced in 1961. This helicopter is mainly used for the movement of troops, battlefield supply, and different placements. It is enhanced with different cargo hooks for carrying and is very fast one. This machine can easily transport weapons to different places of the network and very effective one. It can accommodate 44 passengers in it and can carry the total weight of 11,300 kg in it which can also carry the light vehicles. 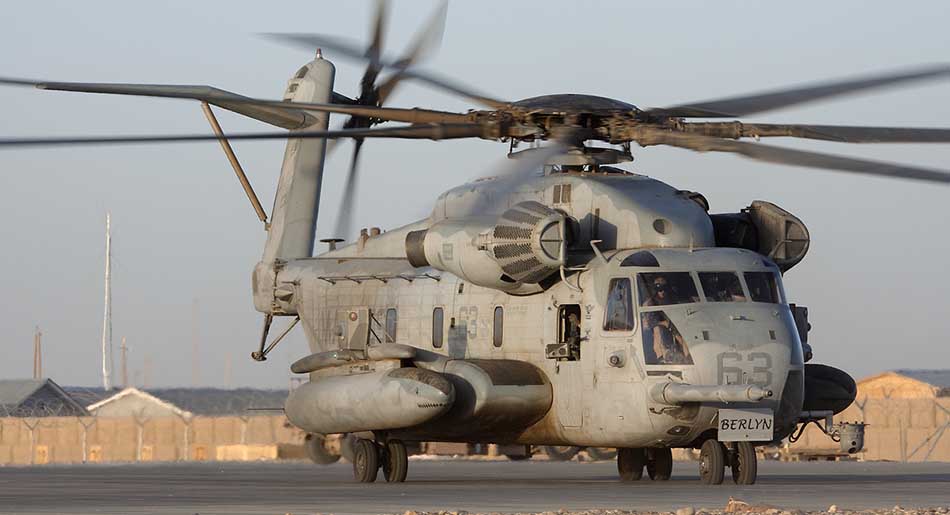 CH-53E is another heavy lift transport helicopter which was developed by the Sikorsky. It is named as the most powerful and largest one which is used by the US military force. Only 227 units of this helicopter were ever made in the world which can deliver the expensive weapons and troops to different places and can carry 37 troops in it. It can meet all the requirements of the US Marine Corps. It is much latest one and comes with the improved performance.

Mi-Mi 26 is named as the largest helicopter ever made in the world which is given the name of Halo. Mi-Mi 26 is very heavy lifting machine which is currently in used by almost 20 countries of the word. It started operating in 1983 which can accommodate 60 troops in it. The total load capacity is estimated to be 25,000 kg and can even carry the vehicles in it.

Helicopters are used all around the world by almost all the countries, but their purpose differs according to the countries. All these helicopters discussed above are made with the best technology and mainly for the transport purpose. These helicopters can accommodate a large number of people and also weight in it to take them to different places in critical situations.